Pattern Energy Group (Nasdaq: PEGI) develops renewable energy projects. It currently has 25 wind and solar facilities operational in the U.S., Canada, Chile and Japan. It has nine more in development.

The sun and wind have fueled impressive dividends for Pattern Energy investors. The stock yields 9.9%, and the company has raised its dividend every year since it began paying one in 2013.

But can investors rely on the dividend as sure as the sun rises in the east (see what I did there)?

Last year, Pattern Energy generated $145.8 million in cash available for distribution (CAD), a measure of cash flow that can be returned to shareholders. It paid out $145.2 million, so CAD covered the dividend.

In 2018, management expects CAD will be between $151 million and $181 million, an increase of 14% year over year. It has steadily climbed over the past several years. 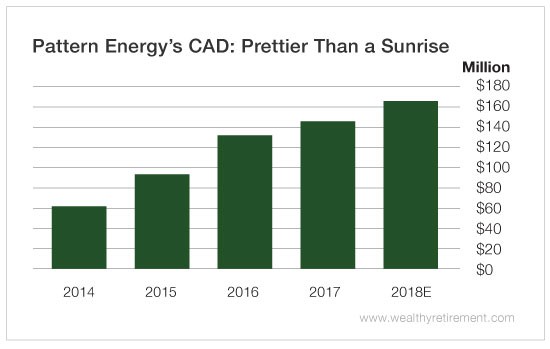 Assuming CAD hits the midpoint of its range, it should be enough to cover the dividend. Analysts project Pattern Energy will pay out $165.8 million in dividends.

However, Wall Street is slightly less optimistic, forecasting CAD of $164.8 million, which would fall just shy of the expected dividend payout.

Should that occur, I wouldn’t worry too much about a $1 million shortfall, but we don’t want to see that happen again.

However, if Pattern Energy is able to generate more CAD than expected and cover the dividend, we will likely see the stock’s rating get upgraded. 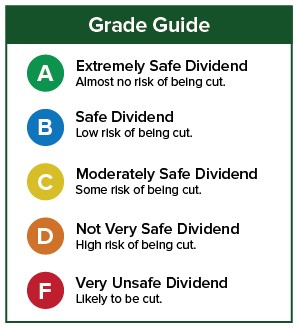