The millennial’s favorite trading app, Robinhood, released a list of top 20 user-owned stocks in January, and it instantly revealed three millennial stocks to buy in 2018.

The report shows that “Generation Me” is buying up three of Money Morning Director of Technology & Venture Capital Research Michael A. Robinson’s favorite tech stocks…

Robinson is a 34-year Silicon Valley veteran and one of the top technology financial analysts working today.

His work as a consultant, senior advisor, and board member for Silicon Valley venture capital firms has placed him at the center of several major tech innovations.

And even though millennials are some of the newest investors in the market, some younger traders are following Robinson’s five rules of investing and making market-beating gains along the way.

Just look at the some of the projections for these stocks in the next 12 months and beyond:

And these are millennial stocks with staying power – ones you could buy and hold for years or even decades at a time.

For the first millennial-favorite stock on the list, it could climb by nearly 30% in the next 12 months, and that could just be a conservative estimate…

Millennial Stocks to Buy, No. 3: Microsoft

Microsoft Corp. (Nasdaq: MSFT) was the seventh-most-owned stock by Robinhood users, and Microsoft is one of Robinson’s favorite way to play the booming $6.7 billion legal North American marijuana industry.

In the summer of 2016, Microsoft invested in Kind Financial, a maker of software that helps state and local governments track the cannabis business.

“Just about everyone I talk with in the California cannabis community praises Microsoft for this crucial piece of technology, which will help legal marijuana companies grow by making sure buyers and sellers comply with rules and regulations,” Robinson said.

“Microsoft gives us a lot of balance from its Office products, its moves into artificial intelligence and augmented reality, and the growth in its overall cloud computing unit,” said Robinson.

Facebook Inc. (Nasdaq: FB) was No. 5 on the list of top 20 stocks held by Robinhood users, and it’s one of Robinson’s favorite tech picks for long-term growth.

And some analysts are even more bullish, as Wedbush Securities has a $260 price target for FB stock in the next 12 months.

Zuckerberg paid $2 billion for Oculus VR in 2014, but it will soon pay for itself. By 2020, research company Tractica believes $21.8 billion will be generated from sales of VR head-mounted displays, VR content, and VR accessories industry-wide. 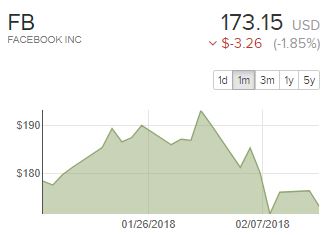 “There is no question in my mind at this point that Facebook will hit $250. The only question is when, and 2020 strikes me as a solid forecast at this point,” Robinson told me.

If there are two things Zuckerberg knows, they’re how to scale a business and how to make shareholders a ton of money along the way.

Millennial Stocks to Buy, No. 1: Apple

Apple Inc. (Nasdaq: AAPL) was second on the list of top holdings for Robinhood users.

From 2017 to 2018, the Apple stock price climbed 46.94%, and Robinson expects those gains to continue thanks to Apple bringing its overseas cash hoard back to America.

As of right now, Apple has $250 billion overseas.

Apple would now clear $210 billion after taxes if it brings that money back home.

Our tech guru said $150 billion will go toward shareholder-friendly programs like buybacks and dividends.

Because of all the cash coming back and sales for Apple’s well-known products, Robinson projects Apple will hit $250 per share in the next 30 months.

“To me, all this makes Apple a ‘buy-more-on-the-dips’ for current shareholders… and a ‘buy-for-the-first-time’ for everyone else,” Robinson said in his Jan. 29 report.