I sure hope you’ve heeded my repeated warnings.

Bitcoin went into free fall before coming to a rest at $9,199.59 early last Wednesday, some 52% below its all-time high as a worldwide digital sell-off intensified – roughly 19% of which happened in less than 24 hours.

To put this in perspective, you’re talking about a $30 billion buzzcut that would have wiped GoPro Inc. (Nasdaq: GPRO), Fitbit Inc. (NYSE: FIT), and Twitter Inc. (NYSE: TWTR), combined, from the face of the earth.

Ethereum and Ripple – which are the second- and third-largest cryptocurrencies – fell about 30% and 27%, respectively, over the same time frame.

All three have since bounced back a bit but – mark my words – this will not be the last cryptocurrency crash. So it’s important you know how to trade the next one when it happens.

South Korea continues to mull a complete shutdown of cryptocurrency exchanges. China’s clamped down on digital miners, is planning to block domestic access, and will hammer anybody making a market or providing settlement and clearing services.

The situation is much the same in the United States and Europe, where central banking authorities are formulating additional regulations, not the least of which involves potential taxation.

Predictably, cryptocurrency supporters, like CryptoCompare CEO Charles Hayter, are in damage control mode. They want to maintain the illusion because they have every vested interest in doing so, not the least of which is hundreds of millions in commissions.

I find his assertion on CNBC that a larger percentage of investors were “expecting this correction and reversion to mean” to be completely implausible. The sell-off wouldn’t have made headlines if that were true, nor would the proverbial “herd” have stampeded for the exits.

Mati Greenspan, a senior market analyst at eToro, also speaking to CNBC, noted that “now that the reasons for the sell-off are more clear to everyone…. traders will most likely start focusing on the technicals.”

The entire premise driving cybercurrencies is that they exist outside normal currency pairs and are completely independent of government control. By its very definition, there aren’t any “technicals” because there is no real value.

Cybercurrencies remind me of Internet stocks during the late 1990s right before the bubble burst, nearly 20 years ago. Investors didn’t care what a company made or did, just that it had “.com” after its name – because the perception was that it was somehow more valuable that way.

FOMO – the fear of missing out – is what’s driving cybercurrencies now, just like the idea that having an Internet portal drove prices back then. There were reports that people are taking out mortgages, establishing credit lines, and going into hock just to get on board… which was the case in 1637 to buy tulip bulbs, in 1711 to buy stock in the South Sea Company, in 1929 before the stock market crashed, and again in 1997-99… right before the bottom dropped out. 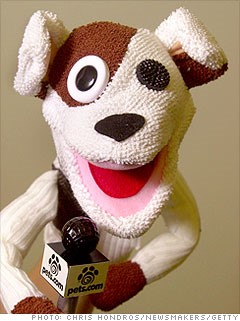 Remember Pet.com and the talking sock?

It then went on to lose $147 million in nine months, until its stock dropped under $1 before collapsing unceremoniously in November… only a year later.

Or how about Webvan?

Then there was theGlobe.com 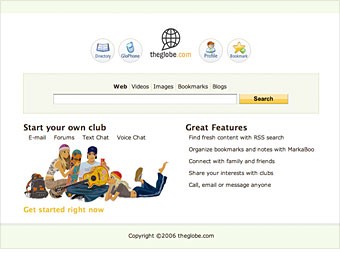 There’s also something else important to consider.

I frequently hear, from people who are piling into Bitcoin and other cryptocurrencies, that one of the key benefits of cryptocurrency is the fact that it’s decentralized. Existing on a network of computers spread around the world, many investors believe digital money is impervious to any single point of control.

That makes them even more concentrated than the Big Banks the public likes to believe are the bogeymen in today’s markets.

The potential for malfeasance is staggering, especially since anybody with a key can – but more importantly, WILL – steal them. Sooner or later, you and your money will get clipped if you own cryptocurrencies.

In 2014, Mt. Gox, a leading digital coin exchange based in Tokyo, got popped to the tune of $450 million – approximately $27 million of which was in cash. More than 650,000 of the 850,000 coins have never been recovered. That’s roughly $2 billion at last week’s pre-crypto-crash valuations, just in case you were wondering.

Bitfinex, a Hong Kong exchange, got hit in 2016 for $72 million in the next major hack. Why investors had their money there is beyond me. Only two months earlier, the U.S. Commodity and Futures Trading Commission – CFTC for short – had ordered Bitfinex to cough up $75,000 in fines related to illegal off-exchange financed commodity transactions.

Last December, hackers stole about $70 million in Bitcoin from NiceHash, the largest marketplace for digital mining currencies. They’re long gone… with no recourse.

And finally, just this week hackers got into BlackWallet and took $400,000 worth of Stellar Lumens, another popular cryptocurrency. They then moved on to Bittrex, a virtual currency exchange where it was laundered immediately by converting it to yet another digital currency.

My email has exploded with investors asking “what do we do now?”

As usual, I’ve got a few thoughts for you.

First: Get in the right mindset if you’re going to trade the headlines. There’s nothing wrong with speculating in Bitcoin or cybercurrencies, as long as you understand that going in. Follow the 2% rule to limit your exposure if your cryptocurrency of choice blows up – meaning put no more than 2% of the total amount of your investment capital to work in any single trade.

Second: Don’t confuse Bitcoin or any other cybercurrency with “the future” or – my personal favorite – “innovation.” The technology that’s driving digital money is what’s valuable. You can choose a fly-by-night blockchain startup like many people are, but I’d rather see you invest in a stalwart player with some “oomph” if you’re determined to go this route. My choice is International Business Machines Corp. (NYSE: IBM), which wants to create a blockchain transaction business ledger.

Third: Take a page from the millionaire playbook developed during the California Gold Rush of 1849 and buy the suppliers making “must-have” products powering the entire digital currency movement. Doing so will allow you to profit from the entire cryptocurrency movement no matter what happens to the price, and no matter which coins rise or fall from the public’s fancy.

My favorite, bar none, is NVIDIA Corp. (Nasdaq: NVDA) because of the high-powered GPUs it makes and the 70% worldwide market share it enjoys. Take a quick peek at this article if you’d like to know more.

In closing, whether Bitcoin continues to melt down from here or goes to $100,000 a coin is irrelevant. The real profit potential resides in the technology driving it.