Editor’s note: The following alert uses technical analysis to identify stocks that look headed higher in a relatively short period of time, typically 1-6 months. These are the kind of short-term opportunities Trades Of The Day subscribers hear about daily. Even though our risk is well-defined, these trades aren’t for everyone. As such, if you decide to follow along with the trade below, mind your stop losses and never invest any money you can’t afford to lose.

There are quite a few bullish indicators in CHSP’s weekly and daily charts.

Bullish Indications in the Chart

#1 Retest of H&S Pattern Breakout: As you can see from the weekly chart of CHSP below, the stock had broken out of an Inverted Head and Shoulders pattern. An Inverted Head and Shoulders pattern is a strong bullish pattern and this was formed in the weekly chart of the stock over a long period of time. After the breakout, the stock retested the breakout levels again and took support at the neckline. This indicates that the stock will continue its upward price surge.

The target price of this Inverted Head and Shoulders pattern is typically the difference between the ‘neckline’ and the ‘Head’, from the breakout (neckline) level. 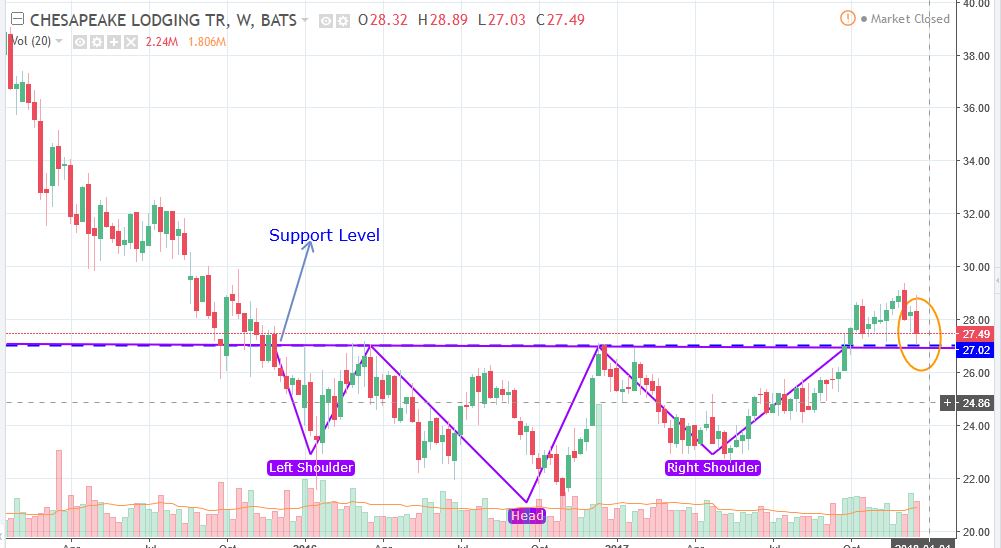 #2 MACD Positive Divergence: From the daily chart of CHSP shown below, it is clear that there is a positive divergence between MACD and price.

While the stock’s price is making lower lows, the MACD Histogram is making higher lows.

This is called as a positive divergence and is marked on the chart below (blue dotted line).

This usually means that the previous trend price will start moving upwards again.

#4 Hammer Candlestick: The daily chart of CHSP shows that the latest candlestick is a hammer. This is a bullish candle. The candle had also closed above the support level of the stock, which is yet another bullish indicator. 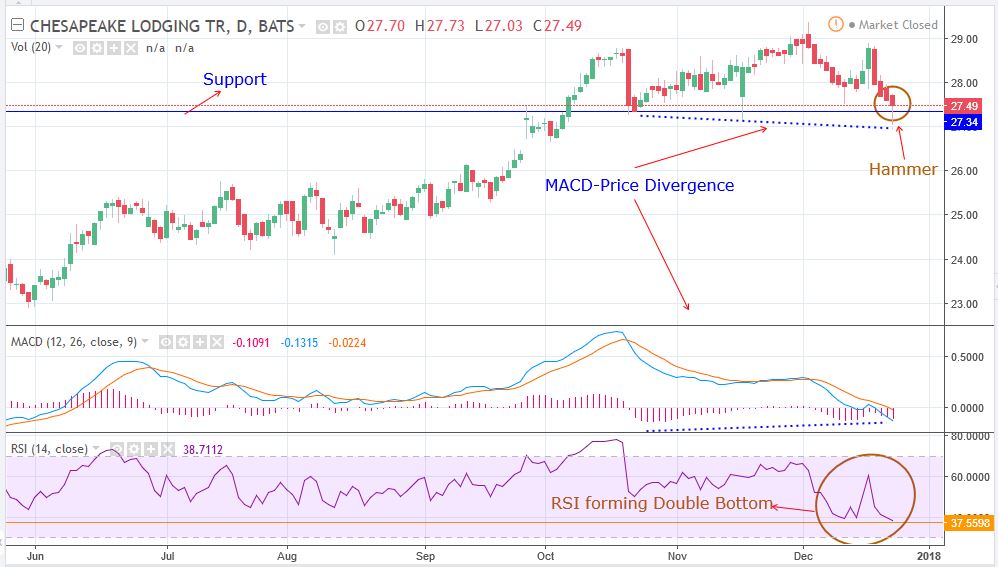 Recommended Trade
If you want to get in on this trade, you can purchase shares of CHSP at the current price level of $27.49.

To limit risk, place a stop loss below $26.35, which is below the lower gap support line in the daily chart. This is shown in the figure below. 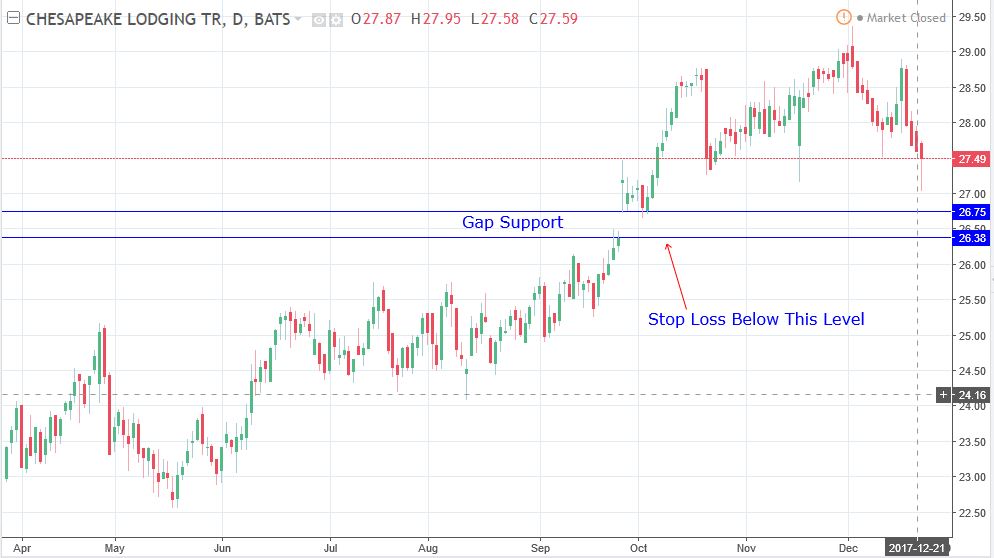 Risks to Consider
The stock may reverse its overall trend if it breaks down from the neckline of the inverted head and shoulders pattern. The sell-off of the stock could also be triggered in case of any negative news, overall weakness in the market, or any regulatory changes in its sector.