Investing in healthcare stocks was complicated before Obamacare. But it became even more complicated after Obamacare was enacted.

[ad#Google Adsense 336×280-IA]Now investors are wondering… what will happen if we repeal Obamacare?

If you prefer the status quo, we have some good news for you: Vetting healthcare stocks will remain a complicated endeavor.

To start, we need to look at the companies that have benefited from the Affordable Care Act – and those whose bottom lines have suffered as a result of it.

It’s no easy task. The ACA was built on top of the preexisting framework of the private healthcare industry.

And that was already a mazelike mess. Just check out this “handy” infographic showing how everything fits together: 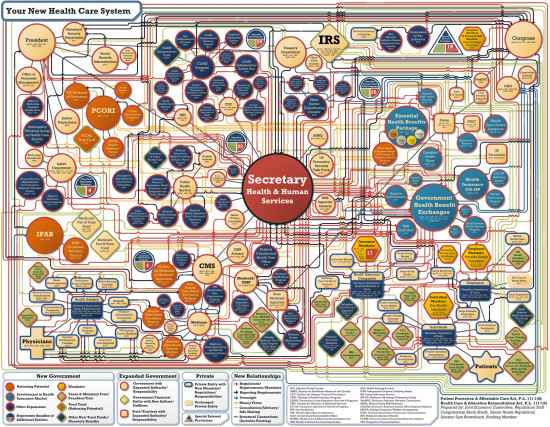 But with President-elect Trump set to take the White House in January – and potentially make sweeping changes to Obamacare – now is the time to prepare your portfolio.

Let’s look at the biggest winners and losers among healthcare stocks. That way, if the new government decides to reform or repeal Obamacare, you’ll be prepared.

The Affordable Care Act hasn’t been a complete negative for the healthcare industry. There are certain subsectors for which Obamacare has been a real cash cow.

Some of the biggest gainers from Obamacare are hospital stocks.

As providers of medical services, hospitals are the end recipients of the subsidies behind Obamacare. That means companies like Tenet Healthcare (NYSE: THC), HCA Holdings (NYSE: HCA) and Community Health Systems (NYSE: CYH) directly benefit from the ACA. Their earnings shot up after its successful passage and implementation.

So it was no surprise when the stocks plummeted after Trump’s upset victory. 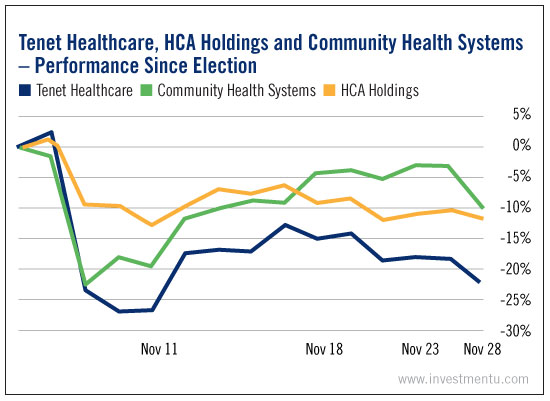 Under the ACA, hospitals have also seen a significant decline in unpaid medical bills. As a result, these organizations are extremely sensitive to threats to the law.

As our graph above shows, they rallied in recent weeks as Trump waffled on his pledge to completely repeal Obamacare.

Few healthcare stocks have been more depressed under Obamacare than biotech. There are many reasons why drugmakers and research and development firms don’t like the ACA. Some are rooted in concrete numbers… others are more speculative.

Part of Obamacare’s funding comes from taxes on drug companies. These fees are proportional to a company’s market share. So they can get pretty hefty. If Trump follows through on his promise to repeal Obamacare, it could really help biotech’s bottom line through tax relief.

The other reason why biotech stocks have suffered under Obamacare is more forward-facing. Hillary Clinton campaigned to expand the ACA. The biotech and pharma industries were in her crosshairs. Clinton frequently called out drug producers for jacking up prices of essential meds. Part of her healthcare policy proposals involved caps on drug prices.

Everyone seemed to assume Clinton would win on November 8. Biotech stocks had already priced in some hard times under a Clinton administration. 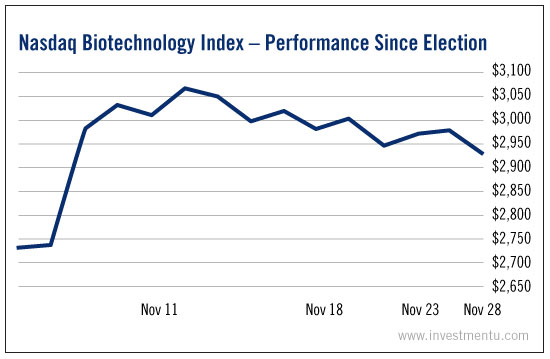 Obviously there are many other winners and losers among healthcare stocks – and even adjacent industries. In this space, we can only scratch the surface of what will happen should the government repeal Obamacare.

But one thing is clear…