Currently, that means companies with Ex-Dividend anniversaries through May 28. With that in mind, here are the next group of companies that should boost their payouts, based on last year’s dates: 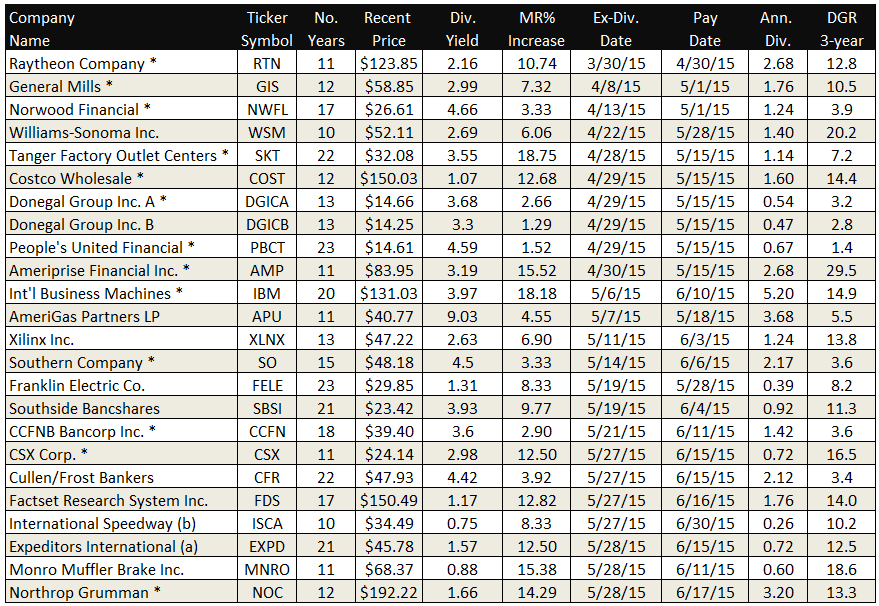