Investors have a right to be nervous right now. Stocks have gotten off to one of the worst starts to an investing year in the market’s history. The NASDAQ just posted its lowest close since October of 2014, which, not coincidentally I presume, was when the Federal Reserve ended the last of its three large quantitative easing programs that quintupled its balance sheet to over $4 trillion.

Some sectors of the market like small caps, energy, biotechs, transports, and the like make the decline in the larger indices look like a walk in the park at this point.

[ad#Google Adsense 336×280-IA]There has been a litany of worries that have driven equities down across the board particularly in the high-beta sectors the market.

Among these are the continued collapse of oil and commodities, anemic global demand, a greenback that continues to strengthen and a spike in volatility in the high-yield credit market.

Of course, investors also have immense concerns about both the slowdown in the Chinese economy as well as the huge volatility in its domestic stock market.

There is also another trend that is just starting to get some mention coming from the Middle Kingdom.

Unfortunately, it is something that looks like it will lead to further turmoil emanating from China in the not too distant future. It has an increasing potential of roiling the global currency and equity markets. As such, investors should have it as one of their primary “watch outs” for the market and be very aware of this event’s possible impacts.

There was a massive drop in the country’s FX reserves in 2015 which accelerated towards the back end of the year and has continued in January. In 2015, some $500 billion of reserves vanished across China. This is the first time this has happened on an annual basis in a generation.

There are many reasons for this. The first is the country is trying to maintain the value of its currency, the Yuan, to lessen capital leaving China. The second is Chinese companies have been converting their dollar-based debt to Yuan denominated as they fear their currency will depreciate against the dollar decreasing their ability to pay back their debt.

Finally, we have the unintended consequences of Chinese authorities making a big push to crack down on corruption even at highest ranks under its new leadership. This has driven billions and billions of assets overseas to such locations as London, Switzerland, and New York. Corruption has been rampant in China for decades. As an example, a former defense minister had managed to acquire a fortune estimated at some $14 billion before he was recently targeted by authorities in their crackdown.

It is quite frightening how fast capital is fleeing China at the moment. FX reserves fell by an all-time record of $108 billion in December and dropped by another $100 billion in January. China’s currency reserves are now approximately $3.2 trillion. This sounds like a huge figure but needs to be taken in perspective. Using the International Monetary Fund’s (IMF) criteria, a country with the size of China’s economy and monetary base should have $2.8 trillion in currency reserves.

While currently above this figure, at the current rate of capital fleeing the country China will fall below this level before the first half of the year is out. What are the likely ramifications of this deterioration of China’s FX reserves? First, it is becoming apparent that the Chinese authorities will have no choice but to allow for the Yuan to be devalued further even though that will drive further capital flight. Its central bank just won’t be able to continue burning up reserves to defend the currency any longer.

It will heighten global turmoil in various ways. First, the IMF will not be at all happy with this devaluation given it just granted China’s currency the rare privilege of having special drawing rights. Given it is an election season here, look for political rhetoric here about the Chinese “manipulating” their currency to our detriment to pick up substantially.

More importantly, this event would cause the dollar to strengthen against the Yuan. In turn, that will lower revenues and earnings for American multinationals that get a significant amount of their overall business from China. This will also be another headwind for both energy and commodity prices, one of the last things the global economy needs right now especially since commodity exporting emerging markets like Brazil are already under a huge amount of stress. 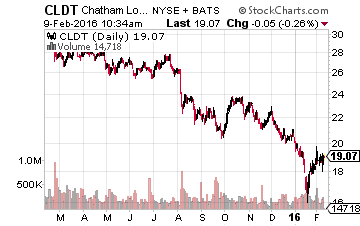 This will also cause worries about global deflation to escalate.

The chances the Federal Reserve following through on their forecast to hike interest rates four times by a quarter point in 2016 are already looking iffy.

The devaluation of the Chinese currency if and when it happens will make those chances nil and could cause our central bank to stop their policy of gradually hiking rates dead in its tracks. 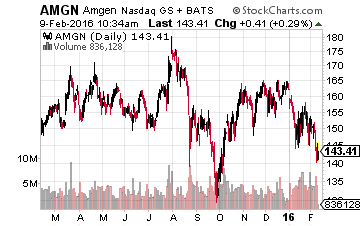 In turn, this should be supportive of stocks and sectors with high dividend yields especially those with cheap valuations.

The market has already turned from one focused on growth like it was in 2015 to one rewarding value stocks, which have held much better during this onslaught we have seen in the markets to begin 2016.

Over the past few weeks, I have highlighted myriad types of stocks that fit this profile such as AbbVie (NYSE: ABBV), Amgen (NASDAQ: AMGN), Chatham Lodging Trust (NASDAQ: CLDT), and Diamondrock Hospitality (NYSE: DRH). They have held up well given what has transpired in the market over the first six weeks of the year and have little to no exposure to China. They should continue to do well and I will continue to add to my core stakes in these dividend payers on any subsequent dips in the market.