Editor’s Note:: At DailyWealth, we focus on showing you safe, unconventional ways to invest. But occasionally, our founding editor, Dr. Steve Sjuggerud, shares timeless “how to live a rich life” ideas… These essays generate more positive reader feedback than anything else we publish. So this week, we’re featuring a few of our favorites…

“Do you have any savings?” I asked my friend Tony.

“Not really, no,” he answered.

I was surprised Tony was so relaxed…

My wife, for example, couldn’t consider living like that.

My wife is hard-wired to save instead of spend. She really doesn’t spend. And even though we have saved and invested well… she STILL worries.

When Tony quit his job, he sold off a good deal of his possessions to finance living his dream.

Tony now builds extremely fine guitars. He has earned critical acclaim. He’s doing what he always wanted to do. And he intends to do it for the rest of his life.

“This is my retirement,” Tony said, pointing his arms around his shop.

He had a “good” job as a computer graphic artist. And before that, he worked as a cabinetmaker. But making cabinets or pushing a computer mouse were not what he wanted to do with his life.

Guitars were always his passion. He’d been building and tinkering with them since the 1980s. So he took the leap. If it didn’t work, he figured, he could sell off the contents of his guitar workshop and return to being a graphic artist.

I am not as bold as Tony. But I do admire him for following his passion. He took what must have seemed like an enormous risk. But now he’s able to say something most people will never be able to say… He’s living his dream, doing what he wants to for a living.

Tony has “retired” with basically no savings. And yet he is happy, because he has set himself up to do what he loves for the rest of his life.

Is following your dream worth a shot? Can you turn that into a way to make money? If it doesn’t work, do you have something to fall back on? You only live once… Think about it. 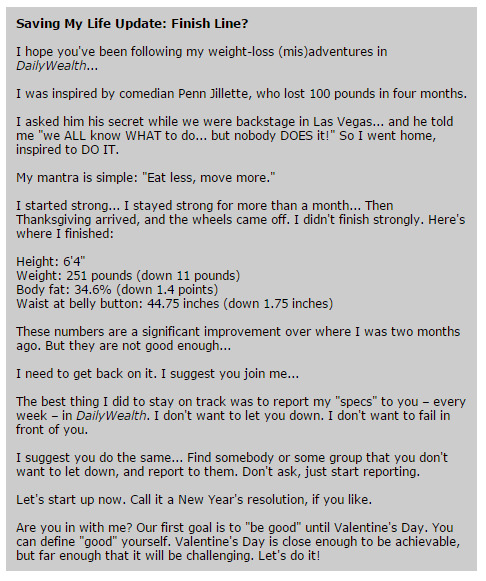