[ad#Google Adsense 336×280-IA]Recent dividend increases have come from Contenders like MDU Resources (MDU) and SEI Investments (SEIC), both of which became Dividend Champions (with 25 straight years of higher dividend), as well as Ecolab Inc. (ECL) and Nike Inc. (NKE).

Currently, that means companies with Ex-Dividend anniversaries through February 26. With that in mind, here are the next group of companies that should boost their payouts, based on last year’s dates: 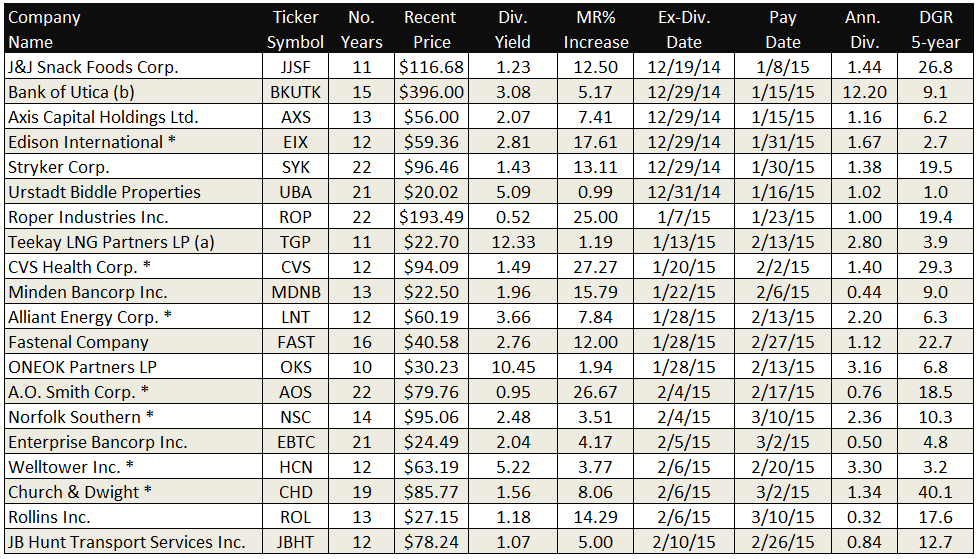 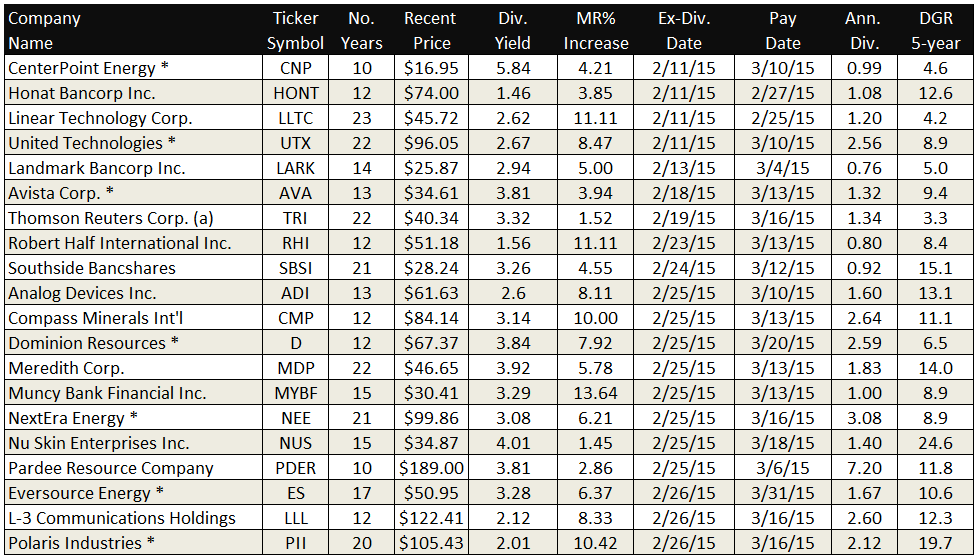