According to various intelligence agencies, the Islamic State of Iraq and Syria (ISIS) organization controls an area roughly the size of Great Britain and may have 200,000 fighters under arms – all fanatics inspired by an ultra-strict interpretation of the Koran and a desire to return the world to a warped vision of purity that they believe existed in the 7th century.

They pose a grave threat to the West, one that they’ve consistently telegraphed with their widespread use of social media.

[ad#Google Adsense 336×280-IA]The Paris attacks, for example, were preceded by ISIS’ supporters posting images of the Eiffel Tower and weapons a full 72 hours prior.

The horrific events in Paris last week are, sadly, only an opening gambit, but whether through arrogance or ignorance, our leaders are woefully unprepared for the continuing challenge.

My job as Chief Investment Strategist is to guide you through what’s happening, help you protect your money, and insulate your financial future from anything or anybody who threatens it.

So let’s get right to what it takes to keep your money safe – no hype, no conspiracies, and no nonsense.

What Happens Next for Your Money

Most investors are preprogrammed to run from chaos and that’s entirely understandable. We fear the unknown.

The better course of action is to engage it, especially now.

I made my case on FOX Business’ “Varney & Co.” Monday morning before the bell opened based on three market truisms:

Then, following a moment of silence at the exchange, the markets took off as traders did exactly what I was suggesting… and bought. All three averages powered higher.

Host Stuart Varney asked me why the stability when he, like many others, was expecting a knee-jerk sell-off.

I replied it was because we will not cower to terrorism.

You see, higher markets are a function of the resilience of capitalism. They’re a vote for the future, not the past, and certainly not the dystopian vision of it that ISIS is peddling.

Still, there’s no doubt in my mind that there will be another attack someday, somewhere.

So you want to prepare now… ahead of time.

The Questions on Everyone’s Mind

Here’s a number of the most frequently asked questions I received [last week]:

Q: Will the Fed still raise rates in December?

A: Logically, they wouldn’t. The geopolitical situation stinks and another more sophisticated terrorist event is imminent. Growth is slowing and the earnings recession we’ve seen this quarter should put an end to any delusions about hiking rates even by 0.25%.

But I think Team Yellen will be dumb enough to hike rates anyway.

The reason is that they have nowhere to go from here. So raising rates now despite the bad news gives them the opportunity to lower ’em in 2016 when all of the influences I’ve just mentioned really hit hard.

Q: Will Europe drop into a recession?

A: Not if this remains a one-off. The challenge is that the attacks couldn’t have come at a worse time. Greece is in trouble again, and Germany, France, and Italy are struggling with their economies and finances. There’s a very real legacy left over from decades of failed growth initiatives. The real crisis, though, is the avalanche of immigrants that the EU is totally unprepared to deal with.

Q: Is Europe off the table for investments?

A: Actually no. I’m about to recommend a totally unexpected classic European heavyweight with global operations and dollar-based sales that’s poised for terrific growth in the next 24 months. Plus, it’s a great income play, too. Money Map Report subscribers will get my recommendation in the next issue.

Q: Will the European Union break up?

A: For now, no. However, I think German Chancellor Angela Merkel is done. Her policies have shaken Germany and the wider EU.

A: Gold has lost its luster for two reasons. First, traders are going to unload it when a crisis hits because they can raise cash quickly by doing so. That negates what would otherwise be buying pressure at a time of crisis. And, second, a stronger dollar and deflationary concerns have kept people away from gold. Traders just don’t have an incentive to buy at the moment.

That said, gold is no longer optional.

Ideally, you want to own $1 in gold for every $10 in bonds because that’s the best way to hedge the principal value of your bonds. There’s a lot of debate about which kind of gold is best. That comes down to personal preference. You may like exchange-traded funds (ETFs), coins, bars, or even jewelry.

Just make sure you have some on hand because it’s a critically important risk-management tool that can help take the sting out of global uncertainty.

I recommend the SPDR Gold Trust (NYSE Arca: GLD) because it’s easy to own, liquid, and well established.

Q: Are there any safe havens?

A: Yes. The key is to concentrate on the “must-haves” we talk about so frequently, like companies that offer goods and services the world cannot live without and have the reach and pricing power needed to get around the evil specter of terrorism. Raytheon Co. (NYSE: RTN) is a good example of that; it’s a fully developed defense company in a sector that’s poised for growth as conflict and uncertainty spiral.

By the way, I think the dollar will strengthen for the next few weeks in a classic flight to safety. The usual defense stocks will get a boost, airlines will struggle, and discretionary stocks will come under pressure. That’s why I’ve recommended the former but not the latter.

By and large, we’ve been very successful getting ahead of the horrific events in Paris because we’ve called out “War, Terrorism and Ugliness” as an “Unstoppable Trend” for several years – and invested accordingly.

A: That’s logical. ETFs got clobbered because they are made up of two distinct layers: shares that trade like stocks, which is part of their attraction, and a basket of stocks that tracks the underlying index around which the ETF is built.

I wouldn’t spend a lot of time worrying about this if you’re a longer-term investor. When the mispricing stops, your ETFs will return to “normal.” That said, if you are nervous, consider going back to old-fashioned mutual funds.

Q: Will the markets get hit next time?

A: That depends on two things: the nature of the attack and the proximity to major trading operations. If ISIS gets a nuke or a bioweapon, for example, we are going to lose a major American city before this is done. I made those remarks about terror groups in general to much controversy in 2001, and I stand by them today.

Few people remember this, but 9/11 resulted in a 4.9% drop during the first day of trading four days after the planes hit the World Trade Towers. Losses culminated at 11.6% after 11 trading sessions. Thirty-one days later, however, the markets were back to pre-event levels.

The median losses for such market events as Pearl Harbor, President Kennedy’s assassination, 1987’s Black Monday, Lehman Brothers’ collapse, and even the 2010 Flash Crash, were 2.6%, according to S&P Capital IQ’s Sam Stovall.

Longer term, as clinical and as cold as it sounds, terrorist events are localized occurrences. They do not weaken the global economy. By implication, that means the markets will bounce back.

Q: I don’t want to get taken out of my stocks if my trailing stops get hit. Should I still use them?

A: Yes. The last thing you want is to be trapped in a position that’s still headed lower. Most stocks hit their trailing stops for a reason and very few turn around… ever. So you want to exit unemotionally and take your lumps if you have to. The markets will always be there and you can always get back in.

If you’re a more sophisticated investor, you can buy put options at very specific strike prices to control your risk, but that’s a discussion beyond today’s column.

Change Is Nothing to Fear… If You’re Prepared

I want to wind up our time together with an epigram from Jean-Baptiste Alphonse Karr from the January 1849 issue of Les Guêpes: 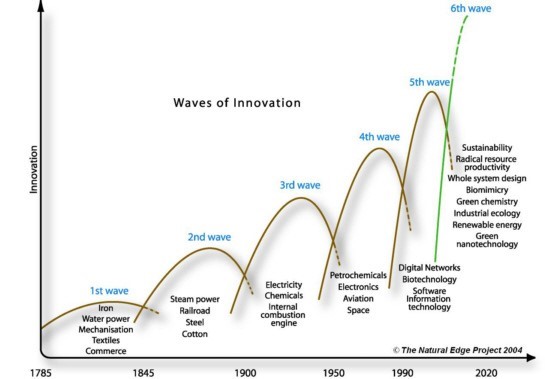 If you’re not familiar with the phrase, it’s commonly interpreted as “the more things change, the more they stay the same.” The expression is taken to mean a sign of disillusionment.

But I think there’s another angle here that merits your attention.

Change by its very definition means that there are constant improvements – in economics, politics, psychology, even religion. Every one of these things produces innovation and progress, even if you have to go through a bit of darkness to get there first.

I’ll be with you every step of the way.