There’s value to be gleaned from this information. Not only does the Trust manage a portfolio worth over $19 billion, but Bill Gates is a close friend of Warren Buffett, the legendary investor and CEO of Berkshire Hathaway, Inc. (BRK.B).

This filing could provide some valuable insight as to where the Trust sees some value and where the best investments might currently lie.

[ad#Google Adsense 336×280-IA]It should be noted that while Bill Gates oversees the Foundation and its investments, Michael Larson is actually the chief investment officer.

Now, it might not make sense to piggyback on these trades and simply buy and/or sell whatever the Trust has because these filings are generally released 45 days after the most recent quarter ended, but it would appear to be an intelligent move to investigate exactly where a large, successful fund is putting new capital to work.

Below, I’m going to go over every transaction and give some quick thoughts on each respective company.

I’m going to do my best to infer what each purchase and sale means, but it’s obviously impossible to know exactly what Gates or Larson was thinking when each transaction was executed.

Please keep in mind this list is for informational purposes only, and is not a recommendation to buy any specific stocks. 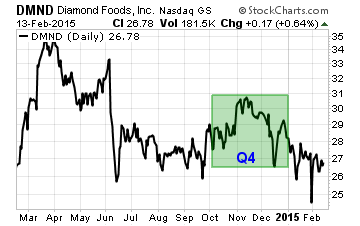 This is a new position for the Trust, but Gates was previously invested in the company before selling out in the fourth quarter of 2013. So there’s some experience with this company.

This is an interesting investment. Perhaps not a well-known branded food products company, they do have substantial business in the processing and marketing of nuts. Their main brands in nuts are Emerald and Diamond of California. The company also sells potato chips under Kettle Brand. In addition, they market various flavors of microwave popcorn under the Pop Secret brand.

Diamond has had a hard time with growth and profitability over the last decade, however. While revenue has roughly doubled over the last 10 fiscal years, earnings per share has been routinely negative over the last few years. And their free cash flow was negative four years out of the past ten. Their balance sheet also appears highly leveraged. I can’t honestly make a compelling investment case here, so perhaps Larson and/or Gates sees something I don’t here. 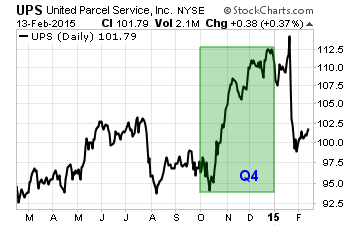 Another new position. This is a rather sizable stake, putting the Trust in the top 20 institutional stakeholders in UPS.

UPS is a package delivery and supply chain management company.

This is one of the most visible companies in the world. Its brown trucks can be seen delivering packages all day long at any number of locations across the world. And with the rise of e-commerce across multiple platforms, it’s highly likely that UPS will remain busy for years to come.

The company’s growth is pretty solid, though mid-single-digit growth across both the top and bottom lines isn’t perhaps as impressive as one might expect. Nonetheless, the company is in an excellent financial position across the board and also pays a sizable and growing dividend. I don’t know what’s not to like about this stock. 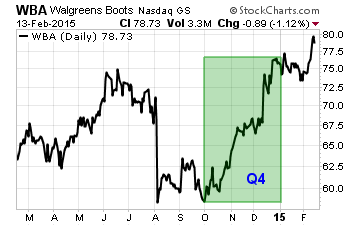 The third purchase and another new position for the Trust.

Walgreens Boots Alliance is one of the largest drug-store chains in the world, delivering pharmaceuticals to customers. They also provide health and wellness services as well as consumer goods through their stores.

This appears to be a wise investment, especially considering that the Trust largely holds on to its stocks for long periods of time. Demographic trends favor Walgreens and being one of the largest chains in the world gives them great brand exposure, which helps build trust and reliability. Healthcare is a very exciting industry to be in, and WBA appears well positioned.

WBA has grown at a solid rate over the last decade, and the recent acquisition of Alliance Boots gives them even greater opportunities to grow. However, I do question the valuation here on this stock. The valuation appears a bit stretched here, even considering the business model and growth opportunities. Furthermore, the stock’s payout ratio is elevated, meaning future dividend raises will likely be tempered in comparison to historical dividend growth. WBA appears to be at least 15% overvalued after running it through a dividend discount model analysis, but this is a rather high-quality business. 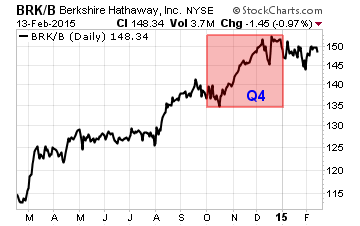 This is a special transaction as I’ll discuss below.

Berkshire Hathaway Inc. is a conglomerate that holds a number of subsidiaries engaged in various business activities including insurance, energy, finance, manufacturing, and retailing.

This slightly reduces the Trust’s position in Berkshire Hathaway, though the Trust regularly sells off BRK shares every quarter as part of a long-term plan. Warren Buffett long ago announced the regular gifting of BRK.B shares to the Trust as part of a plan to give away most of his wealth to charity.

So this transaction is on par with recent sales. The Trust also sold 5 million shares last quarter. These sales fund some of the philanthropic ventures the Trust is designed for. As such, this sale isn’t a call on the quality of Berkshire Hathaway, nor is it a call on the stock’s valuation. This is simply the sale of gifted shares, which is something that will continue until, eventually, all the BRK shares are sold. 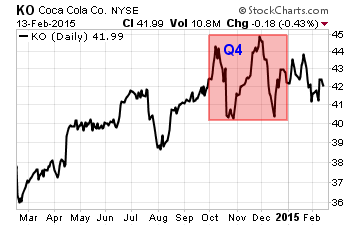 This transaction completely closes the Fund’s position in KO out.

The Coca-Cola Co. is a global beverage company that manufactures, distributes, and markets more than 500 branded nonalcoholic beverages.

Wow. I don’t think a lot of people saw this one coming. Not only is Coca-Cola an iconic company and one of the bluest of blue chips, but Warren Buffett, Gates’s close friend, is the single largest shareholder in Coca-Cola. Furthermore, the company appears fairly healthy. Though it’s had troubles recently due to currency effects and slowing sales in some of its carbonated offerings, their brand portfolio, geographical diversification, and distribution network is virtually unparalleled.

Shares appear roughly fairly valued here, so it’s difficult to say why the Trust sold shares. It’s quite possible that Larson and/or Gates sees a better opportunity on the market. Or perhaps there were philanthropic ventures that needed large capital infusions. Nonetheless, this appears to still be an attractive long-term investment for most retail investors. 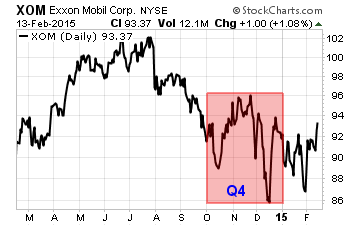 This was another major sale, closing out the Trust’s position in the energy giant.

This is perhaps another surprising move. The Trust had a rather large position in the supermajor, but no longer. Exxon Mobil, along with a number of major energy companies, has had a rough go of it lately due to falling oil prices. However, their fully integrated business model means they’re fairly well positioned to weather the storm, as they have for decades and decades.

Their growth is still there and the world still largely runs on oil and natural gas. Trends seem to bode well for this company, as population growth and middle class expansions across the world should drive the demand for energy up. That said, its results are largely cyclical and dependent on commodity pricing. It’s possible that the Trust was looking for a more stable holding or needed capital for other needs across the Trust. 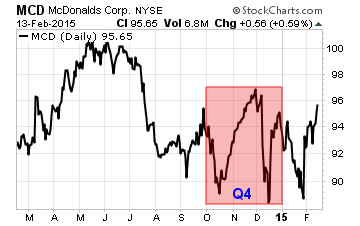 This transaction completely closes out the Trust’s position in MCD.

Another closing of a position in a well-known blue chip. This one surprises me a bit less than the other transactions, however. McDonald’s is certainly established with a brand name known around the globe and will likely continue to sell its products for years to come. However, recent backlash against the company regarding labor practices, food distributors, and food quality has hurt their brand image, perhaps permanently. Recent reports regarding same store sales growth have been dismal.

The flip side of the coin is that the company is well positioned to capture any upside from a shift in its policies or food delivery. Their distribution network and pure scale would be extremely difficult for any new competitor to replicate, and would take decades to roll out. So MCD has a massive head start. In the meanwhile, its substantial dividend appears secure from the perspective of their cash flow. But the fact that MCD isn’t as high quality as it used to be means this sale isn’t completely surprising.