Well, if nothing else the markets are not “boring” to begin the year. The S&P 500 declined some four percent to start January only to make it all back in two sessions late [in the first week].

The second full week of trading [was] just as volatile with an over 500 point swing in Dow Jones Industrial Average during [last] Tuesday and Wednesday. [Last] Thursday saw the markets decline further.

Europe appears on the edge of recession and worries that Greece could leave the European Union are once again roiling the markets.

[ad#Google Adsense 336×280-IA]The move by the Swiss to uncap the Franc from the Euro sent tremors through the markets and looks like it might have bankrupted currency firm FXCM Inc. (NASDAQ: FXCM).

Despite the ending of quantitative easing by our Federal Reserve, 10 year treasury yields are way below two percent despite robust GDP growth in the back half of 2014.

Deflation, or the worries about it, is shaping up to be a major new theme for the New Year with Japan in contraction, Europe teetering on entering its third recession in the past six years and the economic situation in China murky at best.

Commodities should continue to be under pressure especially with a strengthening dollar.

Both oil and copper are hovering at 5 ½ year lows.

Investors can hardly be blamed for feeling whipsawed at the moment. Investors have already seen more one percent or more swings in the first two weeks of the New Year than all of January 2014, which was the worst month as far as performance for the entire last year. 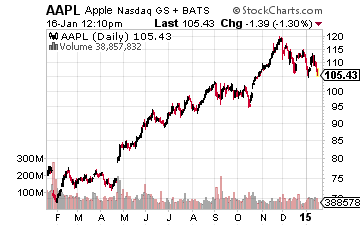 It is times like these that Blue Chip Gems like Gilead Sciences (NASDAQ: GILD) should be added to on any dips in the overall market.

It is also appropriate to add some shares in Apple (NASDAQ: AAPL) as this tech giant has dropped some 10% since recent highs.

Everyone also says they will act on a dip, however it is amazing how many investors don’t act on that conviction when volatility increases and the market actually pulls back to give them that opportunity to buy on a dip.

As Jim Cramer has said many times Apple is not a stock you trade, it is a stock one holds for the long term. I add a few shares when this tech juggernaut has a decent pull back and have been doing so every time it has a 5% to 10% decline since supposedly the company had lost its “mojo” and hit a nadir in the early summer of 2013. It has been a strategy that has served me well.

By all accounts sales of its new iPhone 6 line were very robust over the holidays. The company sold 10 million units over the first three days of availability, the strongest launch in the iPhone’s illustrious history. 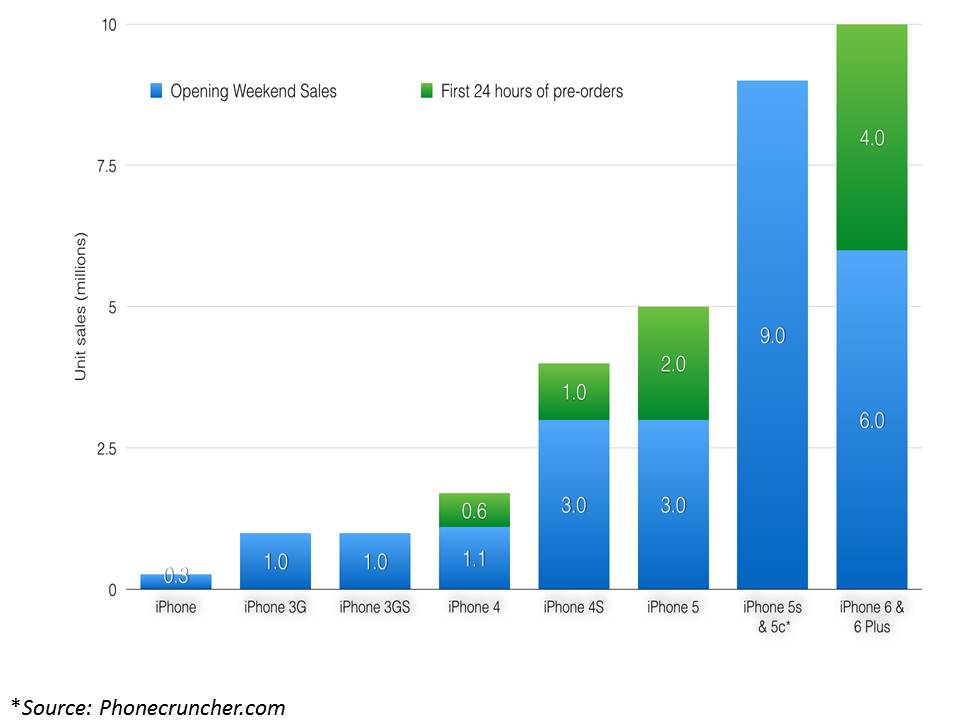 JP Morgan and other analyst firms believe this robust sales growth will continue and Apple could sell well over 200 million units in 2015, easily an all-time record. Holidays sales of the iPhone 6 as well as a double digit year-over-year growth in PC sales where Apple continues to gain market share in that space bode well for stellar quarterly results when the company reports earnings late in the month.

Although the company should beat top and bottom line expectations when it reports, I would not be surprised if the stock has a quick blip down. The first quarter is always seasonally weak and Apple has a record of issuing conservative guidance entering the quarter, and then exceeding those revised expectations. If this does happen, I will use this as an additional opportunity to add a few more shares.

Apple is a cash flow machine. The company returned over $60 billion to shareholders in 2014 via stock buybacks and dividend payouts. Despite this largesse, Apple still ended the year with well over $120 billion in net cash and marketable securities on the balance sheet. Investors should expect Apple to continue to reward shareholders along these lines.

Credit Suisse recently came out with a projection that Apple will return $200 billion to shareholders over the next three years, this should continue to put a nice floor under the stock.

Sales at the App Store increased approximately 50% year-over-year in 2014 to some $10 billion. App Store revenues now make up over 50% of the some $20 billion in revenues the company gets from its underappreciated software and services division. This high margin business should continue to be one of the fastest growth engines within this tech juggernaut.

A successful launch of the Apple Watch could open yet another category for Apple as its first entry into “wearable technology”. I would also expect a dividend hike of 10% to 15% in the first half of 2015 which will bring the stock’s yield close to two percent at these levels. 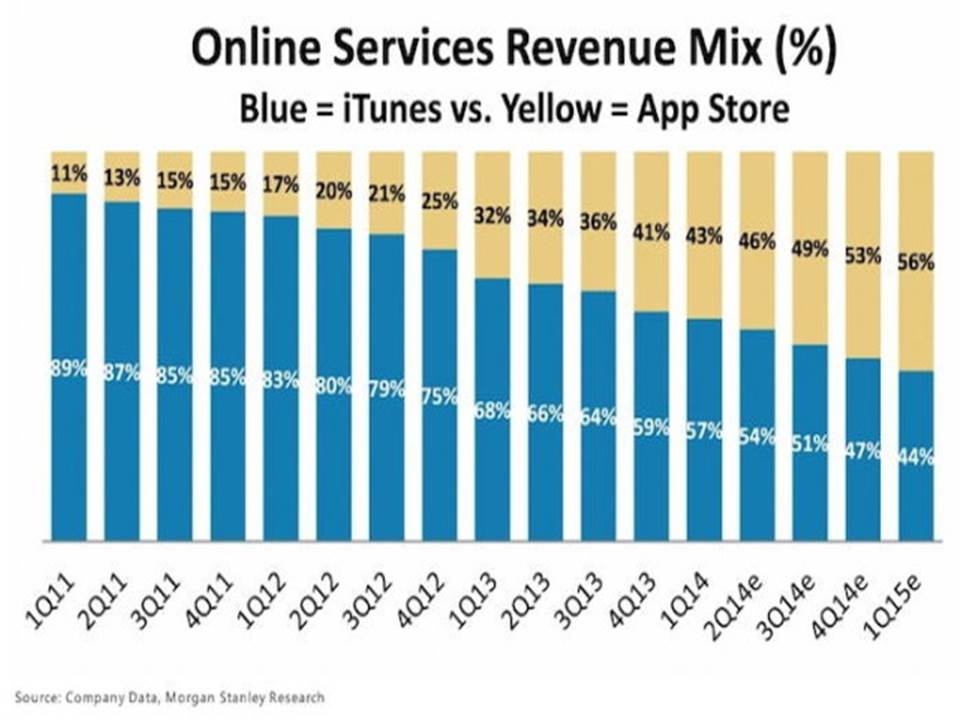 This discount should narrow in 2015 as the company continues to deliver solid revenue and earnings growth. This is also why I think investors should accumulate shares on any dip in January and beyond.