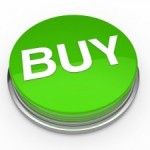 The big bank stocks have been tainted ever since the Great Recession. Six years later, there are lots of reasons to still hate the big banks.

But there is also a unique income opportunity unfolding today. Investors who can consider big bank stocks with an open mind may be set up for big profits in 2015.

Prior to the Great Recession, banks were known to be solid dividend stocks. They offered a solid 3% to 5% dividend.

[ad#Google Adsense 336×280-IA]More importantly, they had a history of increasing their dividend payments.

Starting in 2007, mounting losses from bad mortgages hit most banks.

That forced nearly every major bank to dramatically cut or eliminate its dividend.

That was especially true of income investors, who bought bank stocks primarily because of their seemingly healthy dividends. 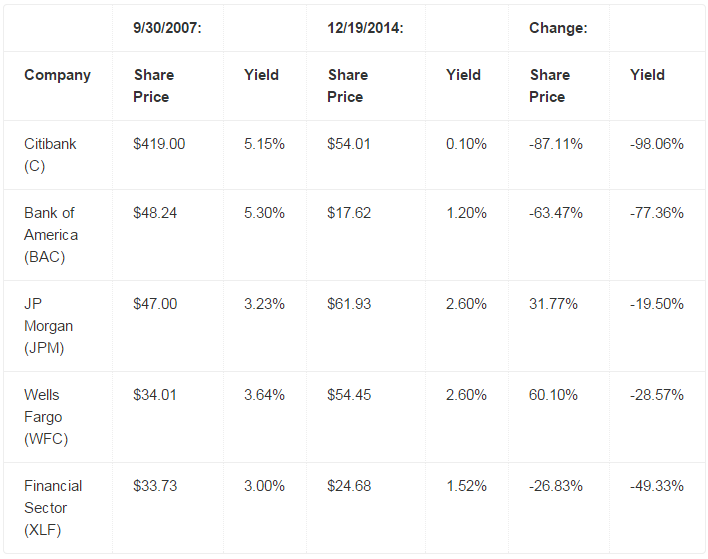 Dividend cuts were just one reason investors bailed on bank stocks. There was also the fact that the banks helped cause the housing bubble and credit crisis. When the banks fell on hard times, they didn’t suffer. Instead, the government bailed them out with taxpayer funds. And not a single executive was prosecuted for their role. As a result, people hated U.S. banks.

For the last several years, however, the banks have been cleaning up their mistakes. This has meant billions of dollars of legal settlements and fines. Those expenses have been cutting into the profits, and created a great amount of uncertainty for investors.

The Financial Select Sector SPDR ETF (XLF) tracks 87 financial stocks. Its biggest holdings include top U.S. banks. The ETF has been recovering in recent years. But since 2007, it’s greatly underperformed the S&P 500.

There are two key reasons to think that 2015 may be a banner year for big banks.

First, banks have resolved most of their outstanding legal issues from the mortgage meltdown. That means write offs and losses should decline. And profits should finally begin to look normal once again.

Second, the Fed is expected to raise interest rates next year. A rising interest rate environment is good for banks, since it will allow them to collect more interest on deposits.