Well, so much for tradition. 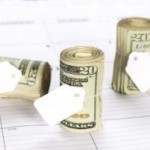 Historically, September is the worst month for the stock market.

Except for September this year, that is.

Does that mean it’s time to rejoice? Not quite…

Before we get to what are historically the “best six months” for the stock market (November through April), we have to live through October.

It’s officially known as the “crash” month. And deservedly so, too.

Given such a dreadful history, and the fact that some financial models suggest that it could even happen again…

So should we hightail it into cash and call it quits for the next 30 days?

Not a chance! We should do this, instead…

Heed the Numbers, Not the Headlines

It’s no surprise that October gets a bad rap, given all the crashes that have occurred throughout history during that month.

But the truth is, October is not historically a bad month for stocks. Quite the opposite, actually.

Over the last 20, 50 and 100 years, the Dow has actually averaged positive returns. Take a look:

The takeaway? Stocks might be prone to sudden crashes in October. But they bounce back quickly.

That means we want to stay fully invested and simply ride out any selloffs – because ugly selloffs seldom last long.

And in the rare event that they do persist, our protective stops will limit our losses.

So am I saying the smartest trade for the next 30 days is to simply stay invested?

Well, that would be a tad anti-climactic, wouldn’t it?

Aside from a higher frequency of stock market selloffs, October is also notorious for increased volatility. Perhaps it’s because everyone’s petrified of another 1987-style crash.

But whatever the cause, it doesn’t matter.

Even if stock prices end October higher than where they started, prices are going to swing wildly on a day-to-day basis. And that’s going to manifest itself in the VIX Volatility Index.

A CXO Advisory study on seasonal patterns of volatility found that October is, indeed, the peak month.

As you can see, the VIX spikes to an average level of about 23 in October. That compares to a long-term average for the entire year of about 20.

And herein lies our opportunity…

The Best Way to Profit From Market Volatility

Presently, the VIX trades at 16. So if this month pans out to be just an averageOctober, we can expect the VIX to rally about 40% above its current level.

Given the government shutdown and looming debt ceiling debate, it’s perfectly reasonable to expect a sudden spike, too.

We can easily capture the majority of this upside by purchasing the iPath S&P 500 VIX Short Term Futures ETN (VXX).

Since 2009, this exchange-traded note has boasted an 88.5% correlation to the VIX, according to Russell Rhoads, an instructor with The Options Institute at the Chicago Board of Options Exchange.

This means that if the VIX spikes 40%, we can expect a roughly 35% profit.

Not bad for a one-month haul. But we can actually do better.

Since we’re making a short-term speculation on the VIX spiking, we might as well get a bigger bang for our buck, right?

Well, we can do that by putting the powers of leverage to work for us by buying options on the VXX. Specifically, the November 2013 $15 calls. They’re cheap, trading right around $100 per contract.

According to Rhoads, the VXX “offers a good short-term trading vehicle to gain exposure to a potential spike in volatility.” By extension then, options on the VXX are an even better bet.

Let me prove it:

So by going with the options on VXX, we’re talking about the possibility to make a couple of hundred percent if October is simply an average month, volatility-wise.

Bottom line: The smartest trade for the next 30 days is to bet on a sharp uptick in volatility. Consider this your call to action.

Ahead of the tape,
Louis Basenese