Back in 1986, a 5-foot-6 dynamo named Spud Webb got the sports world buzzing when he won the NBA Slam Dunk Contest. 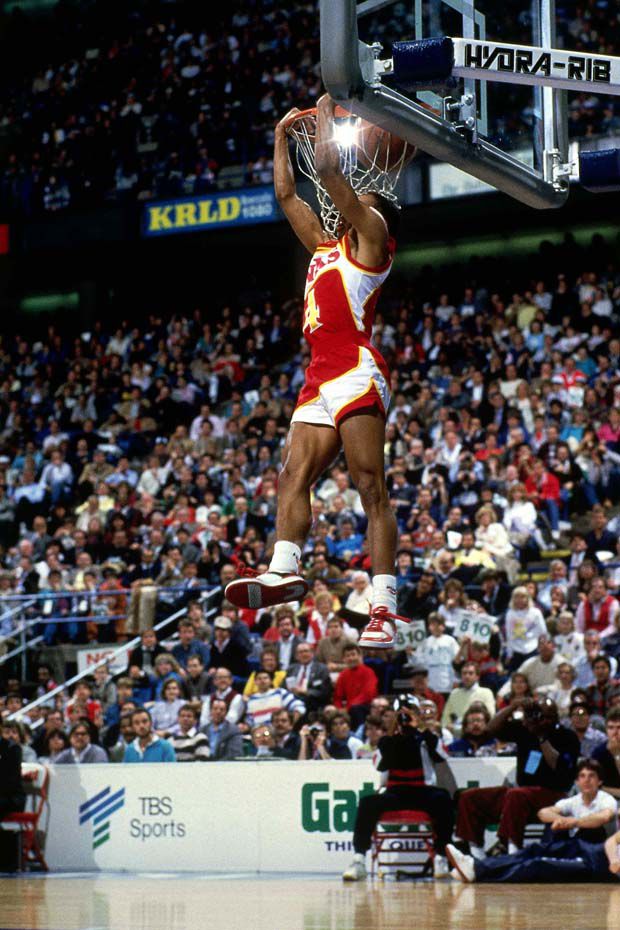 Simone Biles — all 4-foot-8 of her — is arguably the greatest gymnast ever. 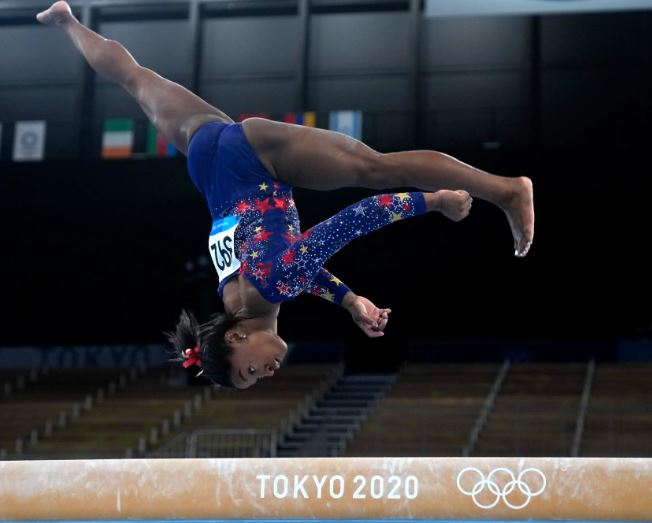 And then there’s little Grogu — aka Baby Yoda — who’s adept at using the Force to levitate gigantic objects (among other incredible feats pulled off by one of the heroes in Disney’s The Mandalorian). 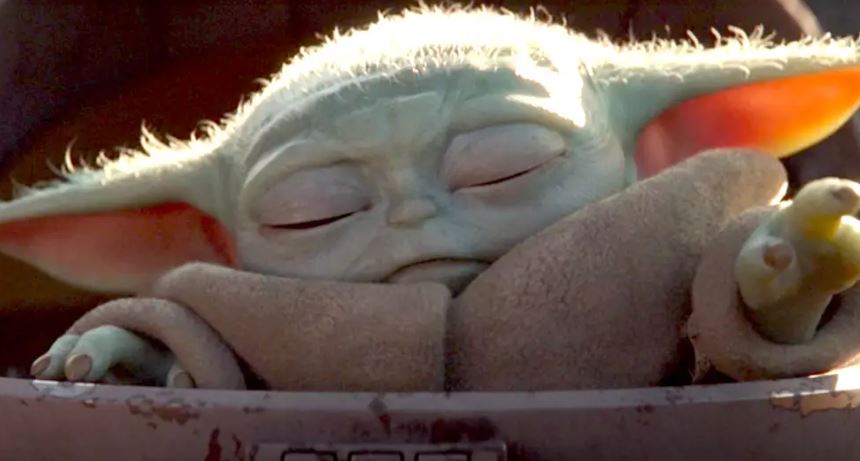 Take, for example, Community Trust Bancorp (CTBI). Although Kentucky’s third-largest bank has a market cap of less than $1 billion, CTBI pays a mighty dividend — one that’s been growing for 41 years and that will increase by 10% for Year 42. 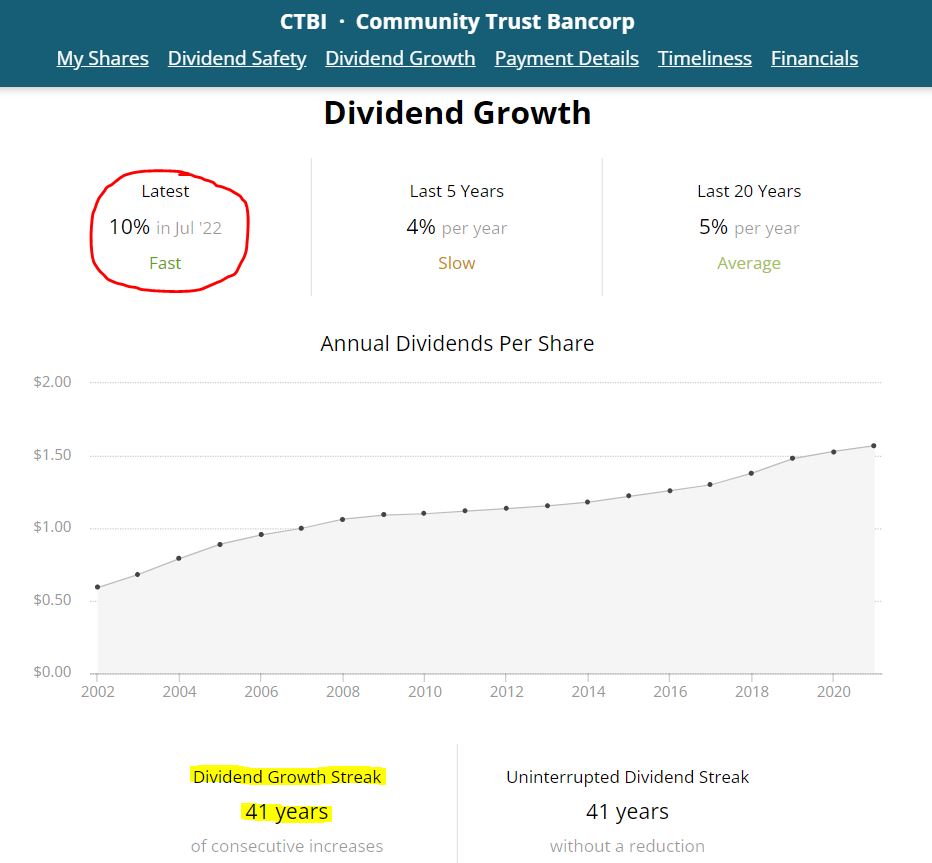 The Little Bank That Could is no fly-by-night operation, either, with a history of service and success dating back to 1903.

Given all that — and a 4.1% yield that appeals to my Dividend Growth Investing side — I decided to make CTBI the first small-cap equity in our Income Builder Portfolio.

On Thursday, July 28, I executed a purchase order for about $1,000 worth of CTBI stock on behalf of this site’s co-founder (and IBP money man), Greg Patrick. 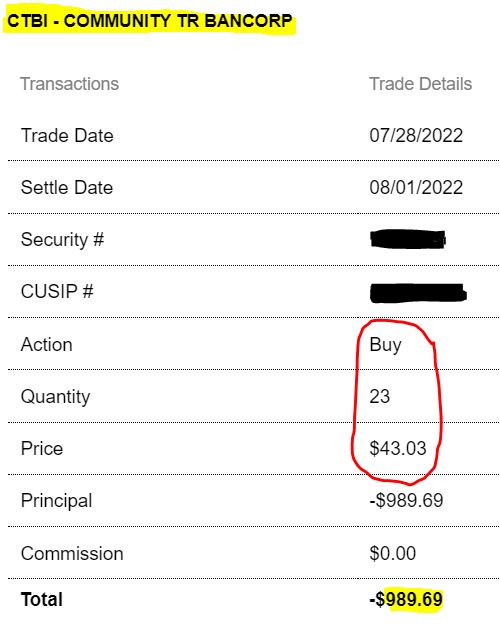 CTBI is the 49th holding in the IBP. (See them all, along with links to every IBP-related article I’ve written, HERE.)

Here’s the company’s description of how it makes money:

2021 was outstanding for CTBI, as it rebounded strongly from the previous year’s pandemic plunge to have its best year ever in numerous categories, easily beating expectations. 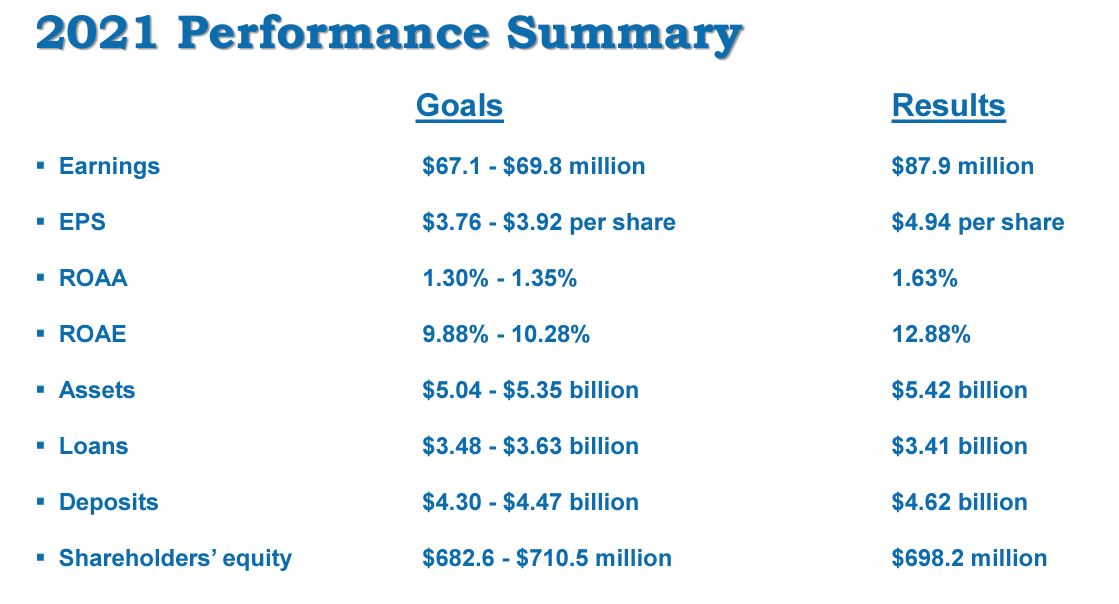 After such a run, it hasn’t been surprising to see the pace slow so far in 2022 — as earnings per share in the first and second quarters were much lower than in the same quarters of 2021.

Furthermore, there were quarter-to-quarter and year-over-year increases in CTBI’s net interest income and its loan portfolio.

As a result, investors have been bullish on the company. Over the last year, Community Trust Bancorp has a total return of 10.3% — crushing not only the S&P 500 Index, but also the much larger banks we own in the IBP. 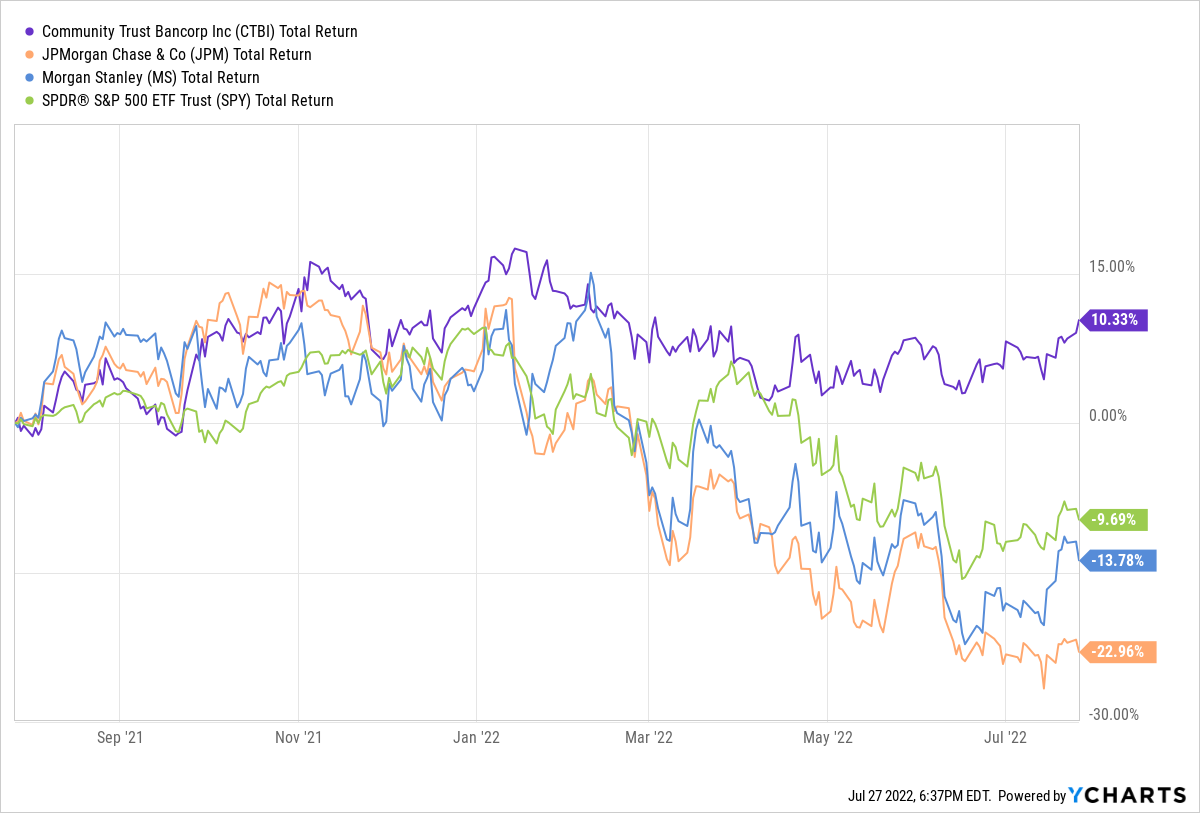 How Small Is It?

With a market cap of about $773 million, CTBI is really, really small. Compare that to the sizable market caps of JPMorgan Chase and Morgan Stanley. 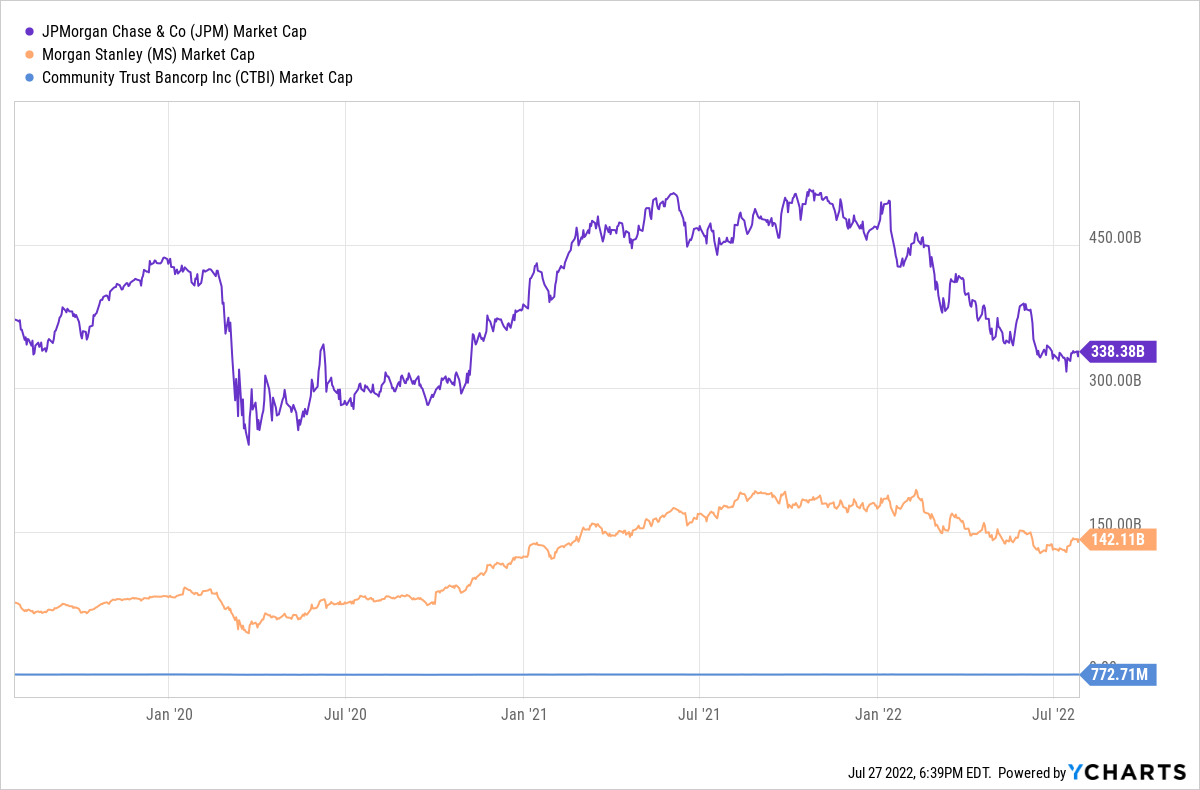 Previously, the IBP’s lowest-market-cap holding had been utility Avista (AVA) at about $3 billion. It’s wild to look at CTBI’s $773 million market cap and compare it to that of our largest-cap position: Apple (AAPL), at about $2.5 trillion.

Many investors shy away from small-cap stocks because those can be more volatile. When a company has a market cap of less than $1 billion, a few large investors can significantly move the stock price with buys or sells.

Additionally, companies with relatively small footprints can be adversely affected by downturns in their local markets. With such a heavy presence in Kentucky, CTBI could be severely hurt if the state’s economy went down the drain.

The Little Bank That Could, however, has track record of steadiness and resilience.

For example, while the market fell some 55% during the Great Recession — and banks were hit especially hard, with JPMorgan plummeting 64% and Morgan Stanley 73% — CTBI lost only 26%. 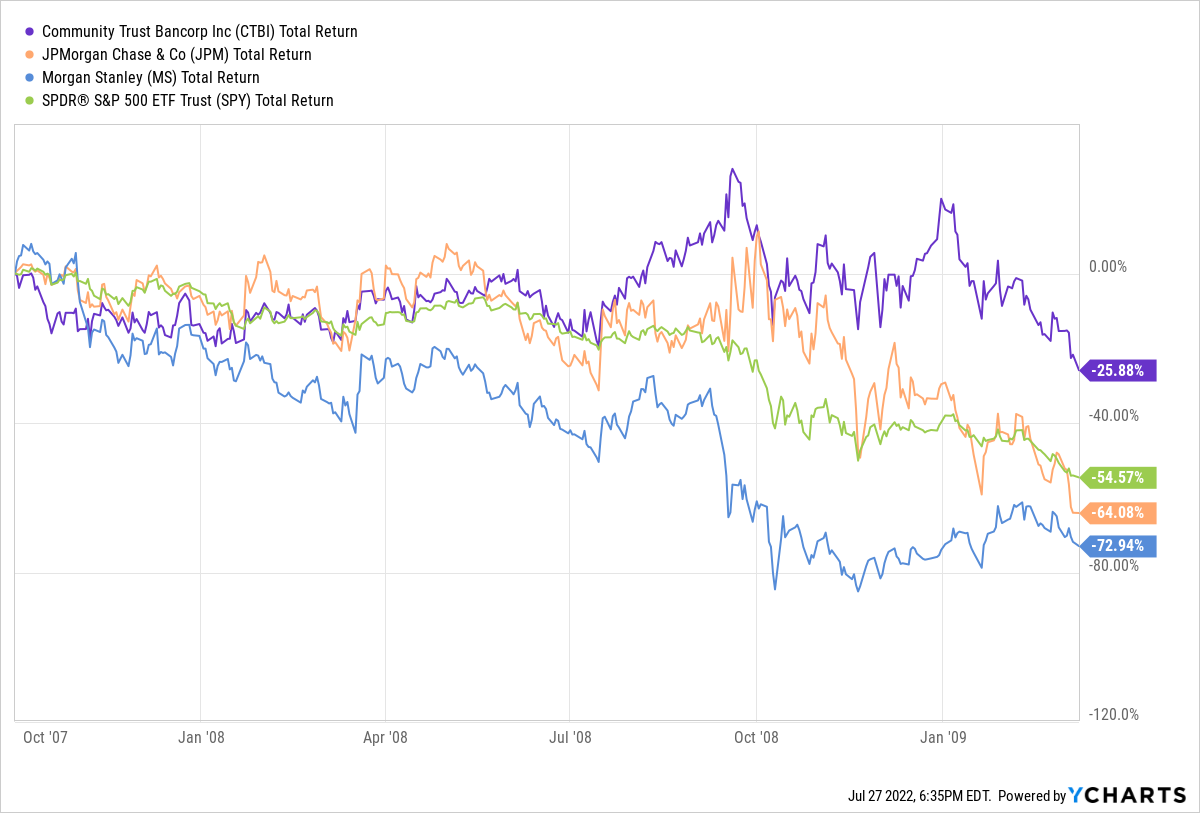 One other area in which CTBI shined during the financial crisis: While other banks were slashing their dividends, CTBI was steadily raising its payout — and that matters to DGI practitioners and other investors who care about having a reliable income stream. 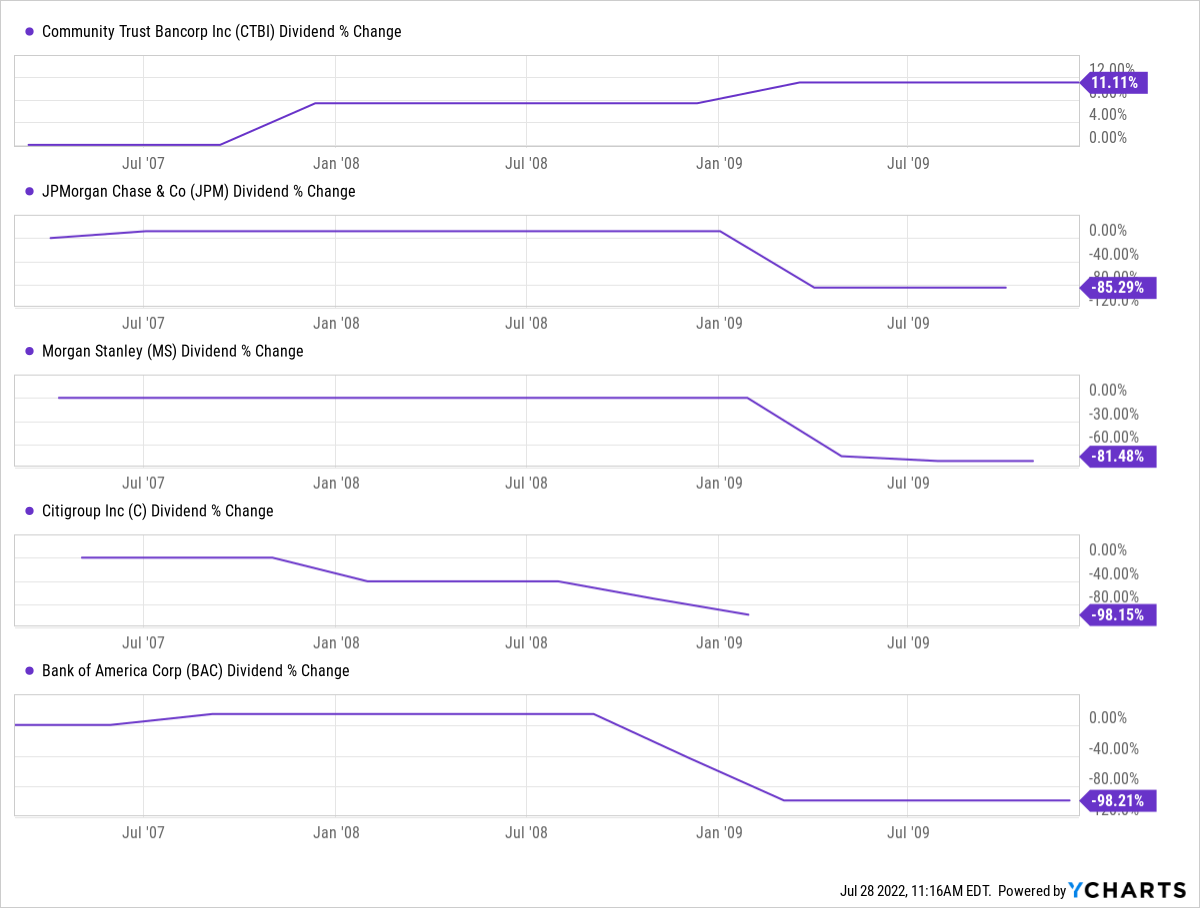 As I mentioned earlier, CTBI is a Dividend Aristocrat with a streak of increases four decades long.

The company recently announced a 10% raise to its dividend — its first double-digit-percentage hike since 2005. The previous several years, raises had been in the 3% to 7% range.

Thanks to CTBI’s quarterly dividend having been lifted to 44 cents per share, the IBP’s 23-share position will generate $10.12 in income that will be paid on Oct. 1. We have instructed the brokerage to automatically reinvest those dividends right back into more CTBI stock.

That dividend reinvestment (or “dripping”) scenario will be repeated quarter after quarter and year after year, demonstrating how positions grow organically within a DGI portfolio.

CTBI’s next ex-dividend date is Sept. 14, so those interested in receiving the October payout must own the stock by Sept. 13.

In addition to owning CTBI within my personal portfolio, I have three other regional U.S. banks, five Canadian banks, and two major U.S. banks. With a 92 “dividend safety” score, CTBI is the only one of those that Simply Safe Dividends places in the “Very Safe” category — meaning they believe The Little Bank That Could is the least likely of the group to cut its dividend. 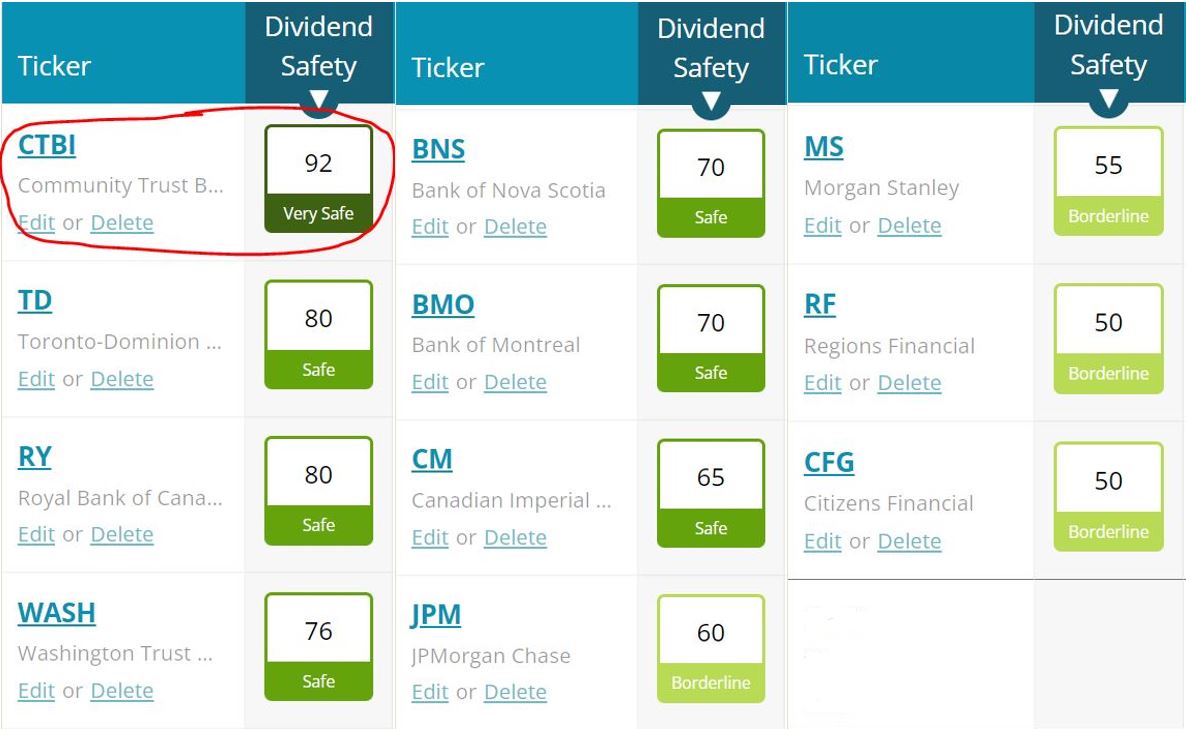 Investing in dividend-growing companies only makes sense if one is reasonably sure that the dividends will continue to be paid. I feel that way about CTBI.

Making valuation calls on small-cap stocks can be tricky because they receive scant coverage by analysts.

Among the major analytical firms that I often use to help evaluate whether or not a stock is “buyable,” Morningstar, FAST Graphs, Value Line, Credit Suisse, Argus, CFRA, Jefferson Research and numerous others do not include Community Trust Bancorp within their coverage universe.

TipRanks, which aggregates data, lists 41 analysts for Amazon (AMZN) … but none for CTBI. And Standard & Poor’s has no credit rating for the company.

So we’re left comparing common metrics such as price/earnings ratio. As the following graphic shows, CTBI’s forward P/E ratio of 9.4 is quite a bit lower than its 5-year average while being in line with the industry average. 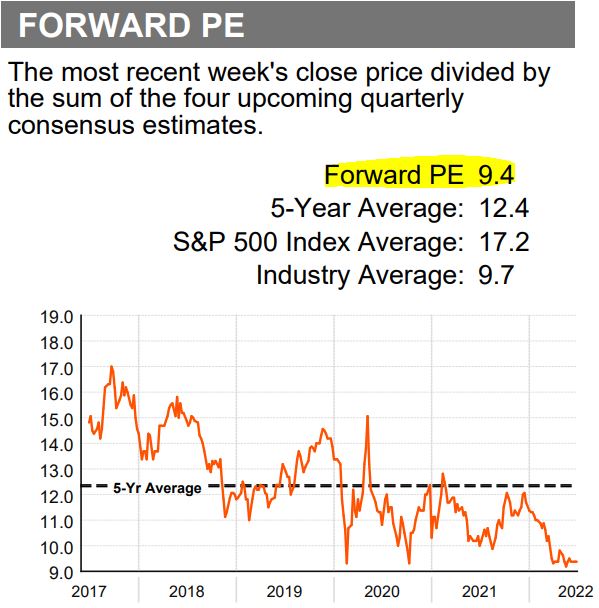 Ford Equity Research, one of the few analytical firms that covers CTBI, digested all available information to project near-term outperformance for the company’s stock.

With such limited information available, I can’t say CTBI is a screaming buy now. But it certainly doesn’t seem overvalued, either.

During the long bull run that began in March 2009 and continued through the end of 2021, Community Trust Bancorp far underperformed the overall market, not to mention major banks like JPMorgan Chase and Morgan Stanley. 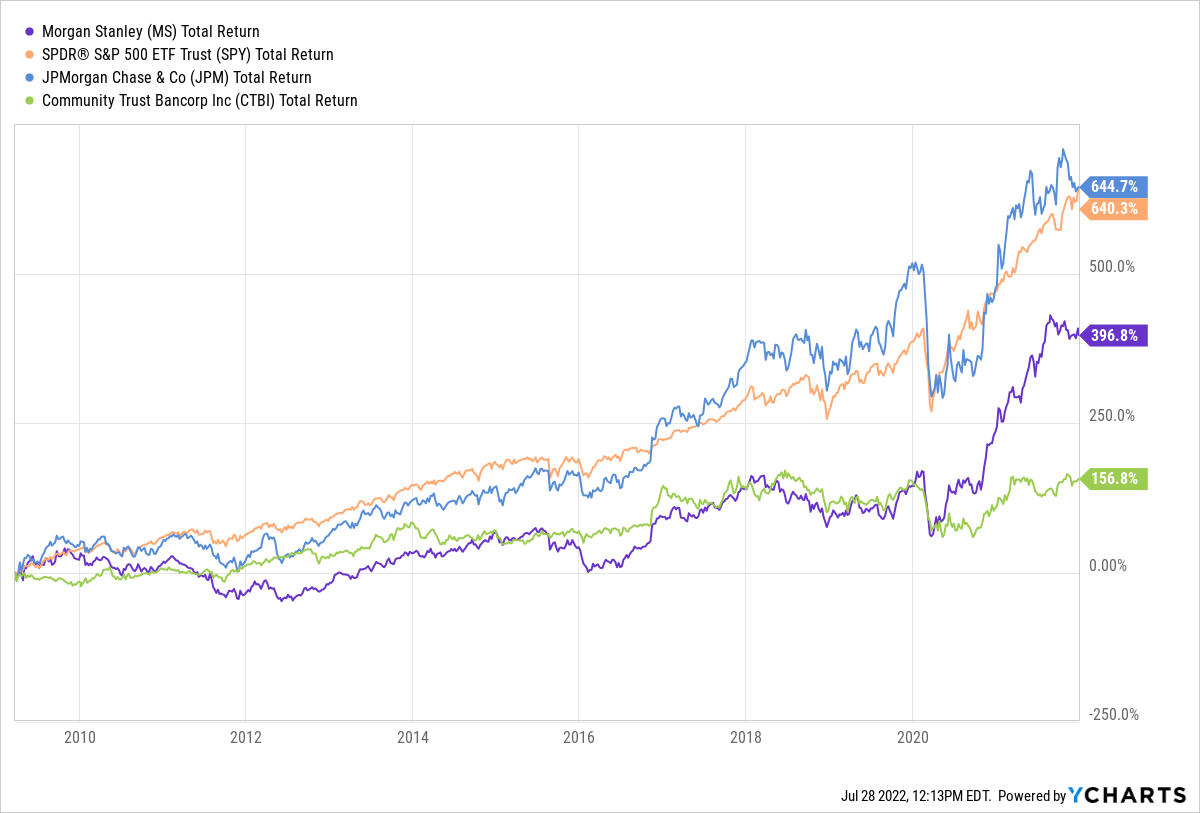 So if you’re looking for a stock that will take a rocket to the stars the next time the market soars, CTBI probably isn’t the ideal choice.

That’s not why I selected it for the Income Builder Portfolio, anyway. Nor is it why I bought several thousand dollars worth of it for my personal portfolio during the last year.

I simply felt CTBI’s reliable, growing dividend and its relative steadiness during difficult times made The Little Bank That Could a worthwhile addition to a diversified portfolio.

As always, investors are strongly urged to conduct their own thorough due diligence before buying any stock.