For many, saving and investing is about as enjoyable as hugging a porcupine. What? I’m supposed to put away money for something that’s not gonna happen for 3 years or 12 years or decades from now? Woo-freakin’-hoo.

Most folks do realize that they should save for the future, though … and hopefully my Growth & Income Portfolio is demonstrating that it doesn’t have to be too painful.

When I launched the portfolio back in June 2020, I called it the Grand-Twins College Fund. Its goal was exactly what that name suggested: to make investments that eventually could help with college costs for my now almost 3-year-old grandsons, Jack and Logan. 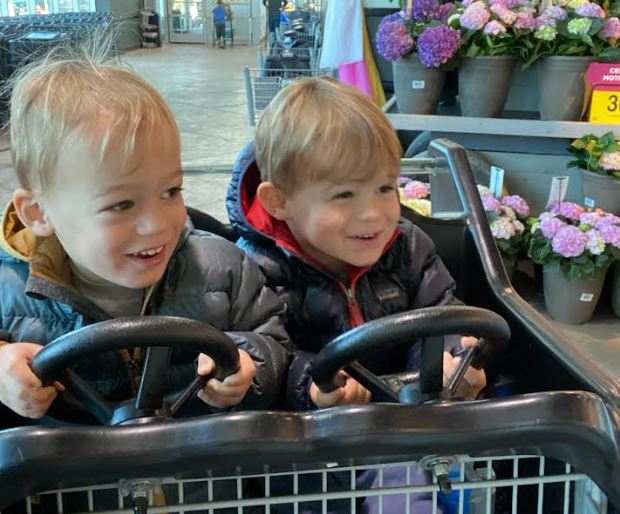 Although my goal has stayed the same, I changed the portfolio’s name last year because I didn’t want to suggest that the methods would work only as a college fund. There are so many other good reasons to invest for the future, including retirement. 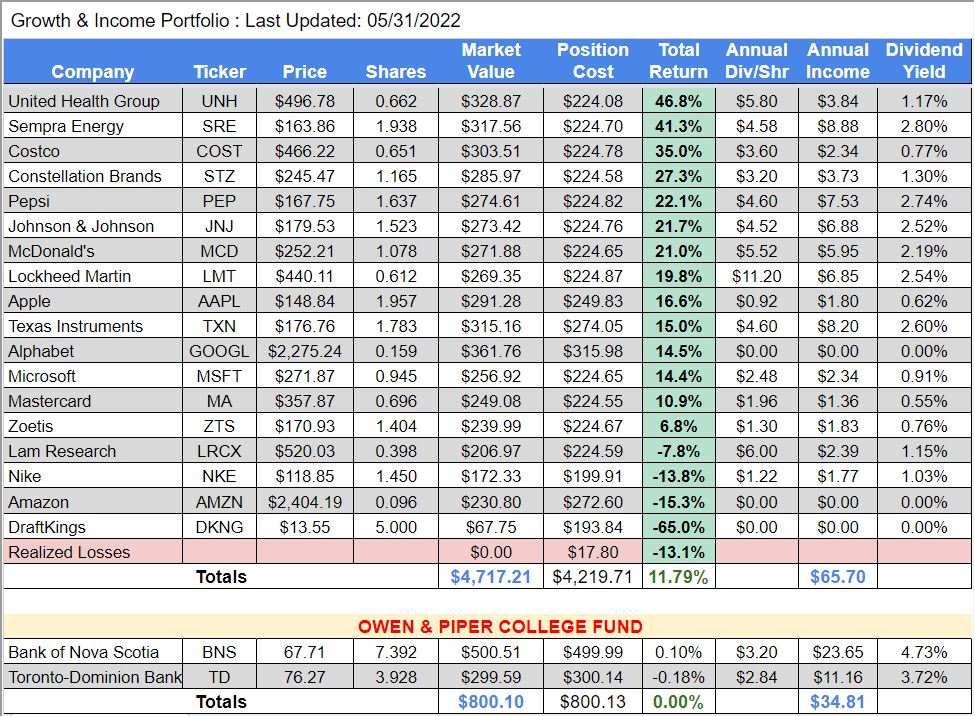 The bottom section of the above graphic reflects the investments I’ve made since October on behalf of my other two grandkids, Owen (now 19 months old) and his sister Piper (now 3 months). 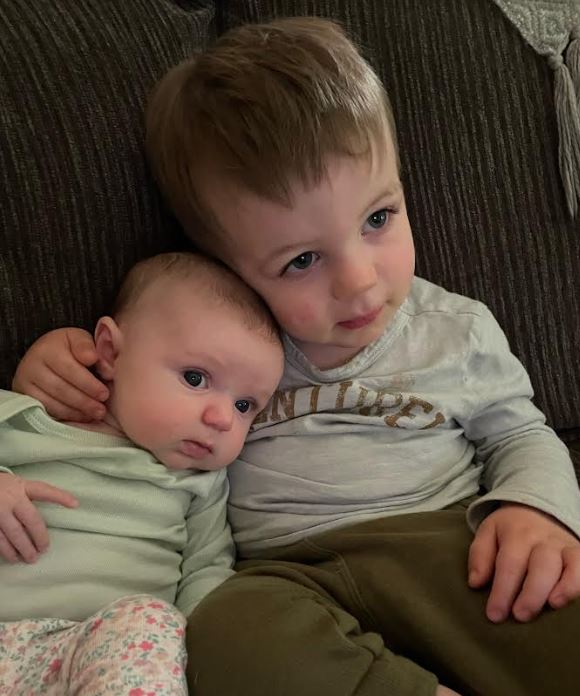 Well, I happen to think it is a pretty big deal because the portfolio is being built with very small investments. Besides a few gifts from family members, only $100 per month has been put into Growth & Income Portfolio.

For the cost of one monthly dinner out and a couple of hazy IPAs, Logan and Jack now have a college fund worth nearly $5,000.

If we keep saving at this rate and if the investments perform well, the GIP could have $35,000 or more by the time “LoJack” heads off to school. (My wife and I know that won’t come close to covering the cost of college. As grandparents that’s neither our responsibility nor our intent. The goal is to help, and we think tens of thousands of dollars will be pretty helpful.)

Most recently, on May 31, I added to four positions in the GIP — Costco (COST), Apple (AAPL), Nike (NKE), UnitedHealth Group (UNH) — and also bought another share-plus of Toronto-Dominion Bank (TD) on behalf of Owen & Piper’s fund.

Some of you might be saying, “But even if I never spend money on anything fun, I don’t have $100 a month to spare.”

I totally get that. Life is expensive, and that was true even before inflation roared in and started stealing our buying power.

For the Growth & Income Portfolio, I use a product Fidelity calls “Stocks by the Slice,” which lets me buy fractions of shares by investing as little as $1 at a time commission-free. A few other discount brokers, including Schwab and Robinhood, offer something similar, but Fidelity’s version is the best I’ve used.

No, $25 or $5 or $1 a month won’t add up to much … but it’s a start that can help a person develop good investing habits  until more money becomes available.

At the other end of the spectrum, maybe you have much more than $100 a month available to invest for some future goal. If so, the GIP owns some of the strongest companies out there — candidates an investor might consider worthy of further research.

The economy is in a weird place right now. Just about anybody who wants a job can get one, and wages are up too. Most industries are churning out profits. But inflation is taking a bite out of practically everyone’s financial pie, with gas prices especially soaring due to macro issues such as Russia’s war on Ukraine.

The Fed is raising interest rates to fight inflation, and many economists believe that will eventually cause a recession … but others are less sure about that.

As a result, there’s been uncertainty in the stock market. The S&P 500 Index was down almost 13% this year through May 31, with most of that fall coming since April 1. 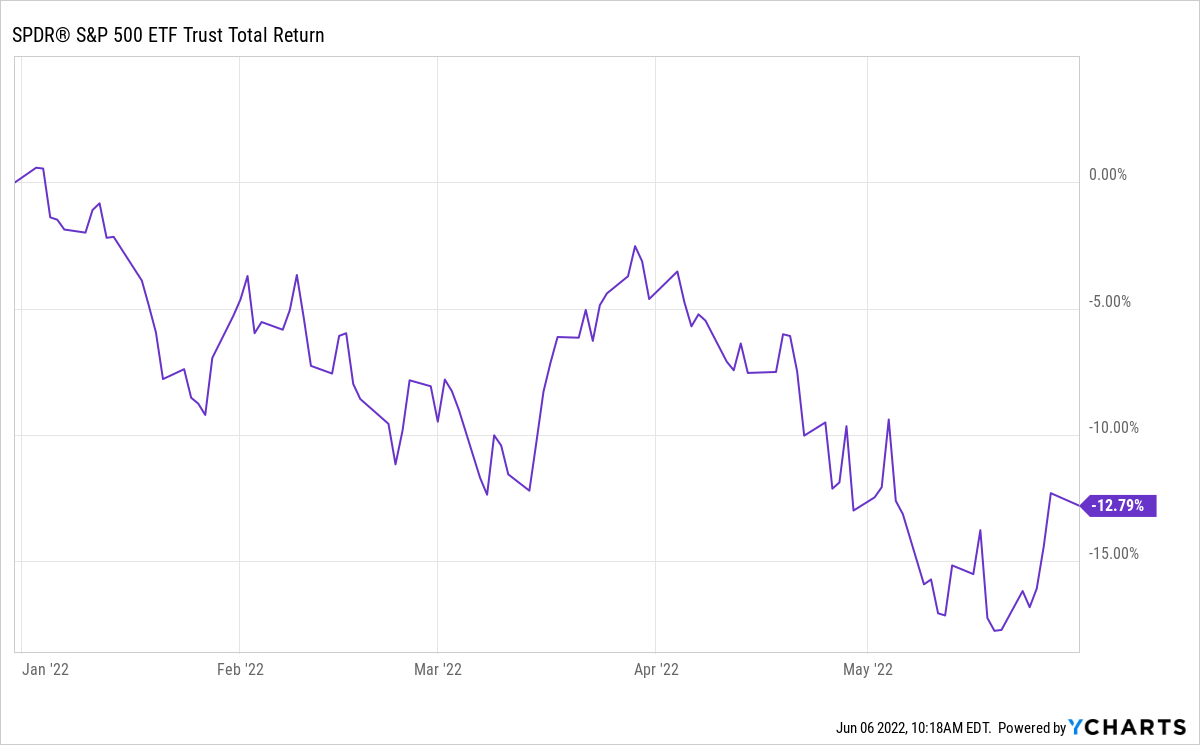 Owning high-quality companies is a good way to enjoy good long-term performance, and in times like these I’m even more focused about quality quality quality.

So I haven’t even thought about adding to the Growth & Income Portfolio’s position in my one struggling speculative play — gambling company DraftKings (DKNG) — and instead have increased my stakes in the GIP’s many strong names.

They don’t get much stronger than the four stocks I bought last month. Apple, Costco, Nike and UnitedHealth are industry leaders. They have competitive economic advantages (moats), are extremely well run, have sound balance sheets, get fine credit ratings and pay dividends that are safe and growing.

Oh, and Toronto-Dominion is no slouch, either. For more about why I opened a position in Canada’s largest bank on behalf of Owen and Piper, see my recent write-up HERE.

Costco also was my most recent pick for the Income Builder Portfolio, the other public project I manage for this site. Read more about that incredible company HERE.

Five of the GIP’s 15 dividend payers had distributions in May.

How did the income from those five positions grow 72% in just one year? Well, all five companies delivered dividend raises — including double-digit-percentage hikes by Costco, Texas Instruments and Mastercard — and I also increased the size of each position through stock buys and dividend reinvestments. That combination can make for significant income growth over time.

In addition, May included a small payout from Toronto-Dominion and a 3% dividend hike from Bank of Nova Scotia (BNS), the other stock I’ve bought so far for Owen and Piper.

It was the second raise this year for the company known in Canada as “Scotiabank,” which lifted its dividend by 11% for the first payment of 2022. Combined, the two hikes made for a 14.4% increase. The BNS ex-dividend date is July 1, so those who want to receive the next payment must own the stock by June 30.

I wouldn’t call any of the four companies bought for the Growth & Income Portfolio in May “cheap.” But analysts generally are favorable about their prospects. The same is true for TD.

TipRanks monitors a multitude of analysts for each stock, and the vast majority are bullish about Apple, Costco, Nike and UnitedHealth — combined, the four companies received 71 “buy” ratings vs. only 20 “holds.” And as you can see in the TipRanks column within the table, the analysts expect significant price appreciation over the next year for all four.

Nike was the only one of the four that Morningstar thinks offers a compelling current valuation — though NKE’s price has continued to climb in June, perhaps making it a little less attractive to some.

TD has a much lower price/earnings ratio than the four GIP positions, but analysts by and large seem less enthusiastic about the stock. Banks, in general, carry lower P/E ratios; and while Nike actually is trading at a discount to its historic multiple, TD is trading pretty much in line with its norm.

Although this is my May update for the Growth & Income Portfolio, I did want to mention something that happened in early June to affect one of the holdings: Amazon (AMZN) executed a 20-for-1 stock split.

I’ll go into the particulars of the split more in next month’s recap, but you’ll notice if you look at the table on the GIP home page (HERE) that the portfolio now has 1.92 shares of AMZN (as opposed to the .096 of a share shown in the first graphic of this article). The price on the home page’s table also is roughly 1/20th the price listed in this article’s table.

For those who fancy Dividend Growth Investing, be sure to check out our Income Builder Portfolio home page (HERE), which includes data on all 48 positions and links to every IBP-related article I’ve written.

I encourage everybody to save and invest — whether you can put away thousands of dollars every month or just a few bucks. I also always urge investors to conduct their own due diligence before buying any stocks. The purpose of both the GIP and the IBP is to identify interesting investing candidates, not to get folks to replicate either portfolio.