If you have up to $10,000 in cash that you don’t want to invest in the stock market, and if you know you won’t need it for about a year, here’s the no-brainer of all no-brainers:

Buy U.S. Series I Saving Bonds, and get the safest 7% yield in the world!

Yep, I said “7% yield” and “safest” in the same sentence. The U.S. Treasury Dept. might have its problems, but it will never default on these obligations. And the annual interest rate – actually 7.12% for an I Bond bought right now — is beyond delicious.

Well, I did get a bunch of bonds as birthday, Bar Mitzvah and graduation gifts way back when. But today’s I Bonds are a different breed, and they are a great place to park cash or even a way to create a nest egg that you’re guaranteed will be there decades from now.

What Are I Bonds?

Let’s start with what the “I” stands for:

I Bonds have variable rates that bob up and down with the Consumer Price Index for all Urban Consumers (CPI-U), so a bond-holder is essentially “protected” from inflation. As prices rise on food, clothing, cars, utilities and the like, so do I-Bond interest rates.

Introduced by the Treasury Dept. in 1998, I Bonds combine a guaranteed fixed interest rate that remains the same for the 30-year life of the bond, and the inflation-adjusted rate that I mentioned in the previous paragraph.

A bondholder gets that rate for a full six months, regardless of when he or she buys it. 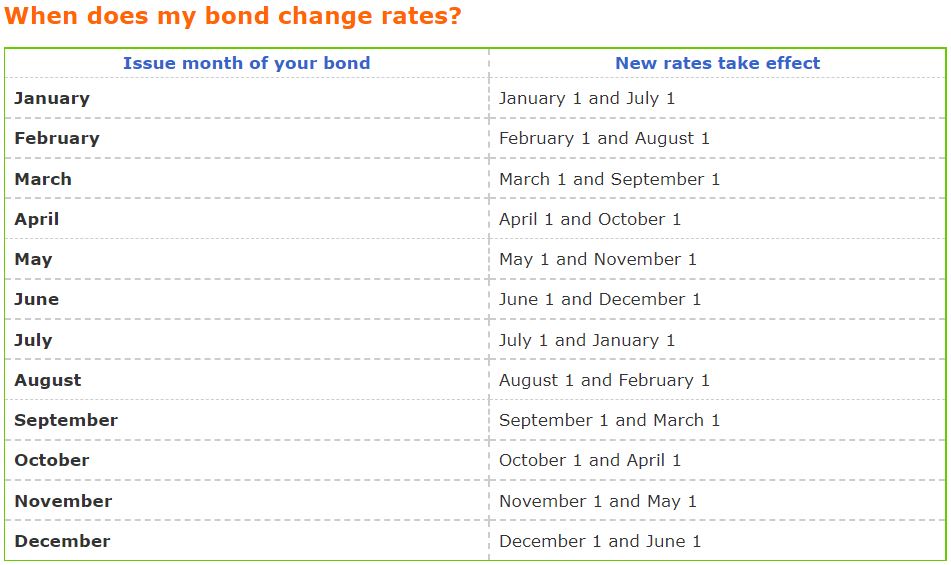 By the way, I am NOT saying the rate will go down to 6.50%; that was just an example. I don’t know what the rate will be. It could be higher than that or lower than that. It will depend on what the CPI-U is at the time, and we’ll find out the rate for the May-to-October period in mid-April. But if it does fall, it probably won’t be by much because inflation isn’t going to disappear like magic.

Here’s something else that’s pretty cool: Even if you buy an I Bond on one of the last days of a given month, you’ll be credited with an entire month’s interest. So a purchase on March 29 earns all of March’s interest.

That penalty might sound severe, but it’s really not that bad. For example, I bought a $10K I Bond last week. For the sake of keeping it simple, let’s say the rate renews at 7.12% this spring, so I’ll earn that rate for 12 months. Because interest is added monthly and compounded semi-annually, the bond would be worth about $10,725 after one year. 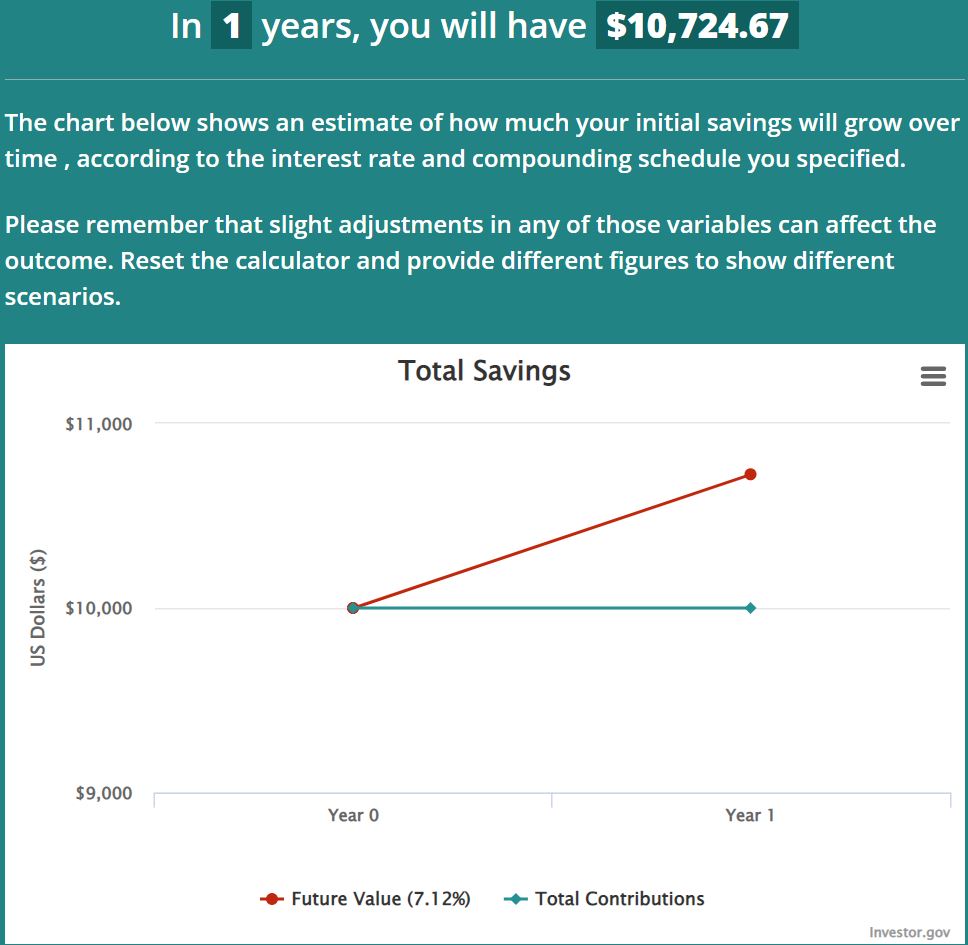 If I redeemed it then, I’d be penalized the last three months of interest, about $183 … so my $10,000 investment will have turned into $10,542. That’s still an annual rate of 5.35% — far better than any savings account, certificate of deposit or other safe investment out there.

How Inflated Will Inflation Be?

The 7.12% I Bond inflation rate (as represented in the following chart by the 3.56% rate for six months) is at its highest since I Bonds debuted in 1998 — and it’s more than double the next highest rate over the last many years, when inflation has been tame. 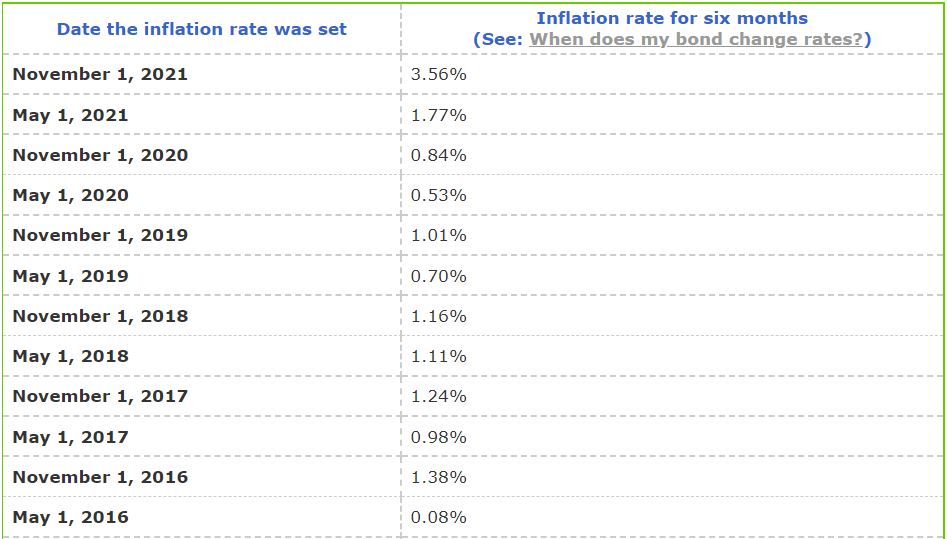 With inflation now being seen as the biggest threat to the U.S. economy, the Federal Reserve is expected to raise its key interest rate at least three times in 2022 and to curtail other measures it had taken to boost the economy during the earlier waves of the COVID-19 pandemic. If the Fed succeeds, it will reduce inflation — and the inflation rate of I Bonds will follow.

As you can see in the last line of the above table, the inflation rate was only .08% for the six-month period beginning on May 1, 2016. I Bonds paid out only 0.18% interest over that stretch. It could happen again eventually.

An I Bond will continue to accrue and compound interest for 30 years, so it’s a solid way to safely build inflation-protected, tax-deferred savings for the long term.

I’ll provide the best kind of example: my own real-world, real-money experience. 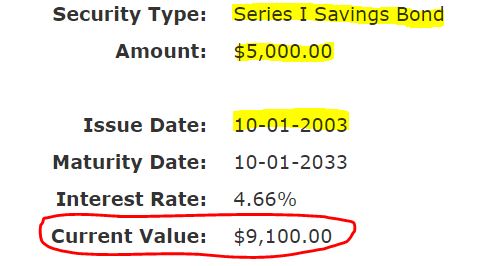 You can see that even though I bought the bond on Oct. 30, the “Issue Date” is listed as 10-01-2003. As I said earlier in this article, no matter when in a month an I Bond is purchased, you get the full month’s interest.

In growing from $5,000 to $9,100, my gain over these last 18-plus years has been 82%. Had I invested the money in an S&P 500 Index fund, its total return would have been more than 500%. But that’s comparing apples to orangutans. I wanted something completely safe to help balance out a stock-heavy portfolio.

I mean, we just as easily could compare how I Bonds have fared these last 18-plus years to stocks like PG&E (PCG), General Electric (GE) and American International Group (AIG). 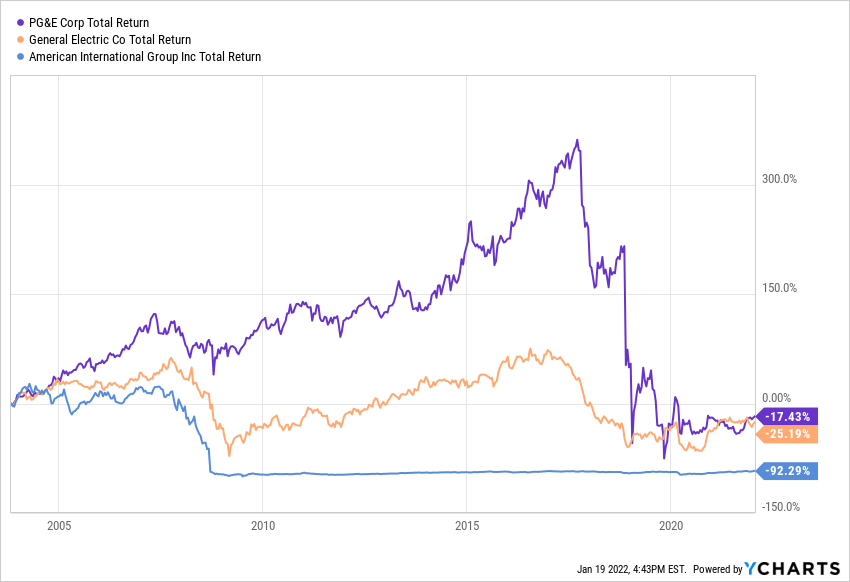 So sure, this bond didn’t make me rich. But at least it isn’t worth significantly less now than what I paid for it — as an investment in GE would have been.

Gaining 82% with a completely safe investment is pretty darn good, especially considering how low inflation was during most of the time I’ve held my bond. It’s why I’m not overly concerned with how new Fed policy could affect future returns.

Unless I redeem it, my $5,000 I Bond will keep accruing and compounding interest until 2033. Its fixed rate hasn’t changed from the original 1.1% — and it never will. Its composite rate for the current 6-month period, meanwhile, is a lovely 8.26%.

And of course, if I do redeem that bond, there will be no penalty because I have held it for far longer than five years.

Other Things To Consider

There are numerous strategies about when to buy and redeem I Bonds to maximize their return.

If you get a tax refund, it’s also possible to use it to buy up to $5,000 in paper I Bonds. You’d need to fill out IRS Form 8888 and include it when filing your federal return.

Since the 7.12% rate took effect last Nov. 1, my wife and I have bought three $10,000 I Bonds — one for each of us in December, and mine for 2022 last week. We might wait until we see what the May rate change will be before deciding when my wife should purchase her 2022 bond, but we could opt for earlier.

Regardless, we absolutely will buy $20K worth of I Bonds this year. There aren’t many no-brainers in the investing universe, so we’re not about to short-change a sure thing.

NOTE: I also manage two real-money portfolios for this site: The Income Builder Portfolio, which largely follows the Dividend Growth Investing strategy, can be seen HERE; and the Growth & Income Portfolio, filled with “growthier” stocks, is HERE. In addition, I make videos for our Dividends And Income Channel on YouTube; check out the most recent one HERE.