During the second half of 2020, one of the buzzwords in the investing world was “disruptors” — innovative companies whose business models threaten the existing order.

Google, now known as Alphabet (GOOGL), was that kind of company 20 years ago (even though “disruptor” was not an investing-related term back then). It created a revolutionary business, with its search engine becoming so ubiquitous that “google,” “googled” and “googling” became accepted English words. 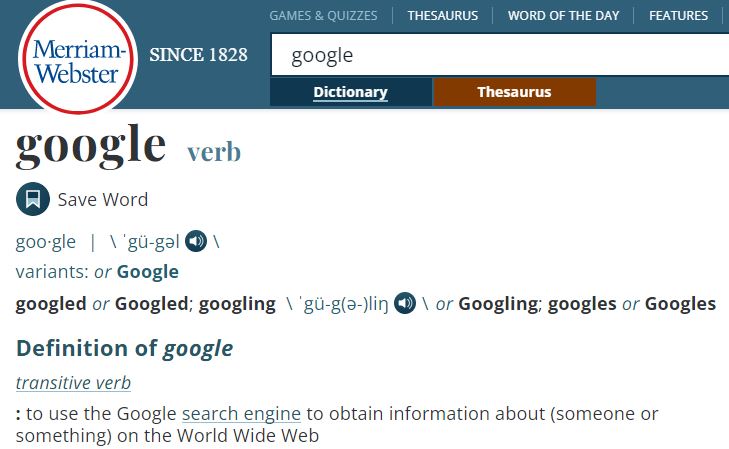 Of course, the trick for those who want to make money investing in disruptive companies is to identify the next Google, the next Amazon (AMZN), the next Apple (AAPL).

One such company is Tesla (TSLA). As eccentric CEO Elon Musk and his people aim to reinvent the automobile (among other things), Tesla quickly joined the very exclusive trillion-dollar club. 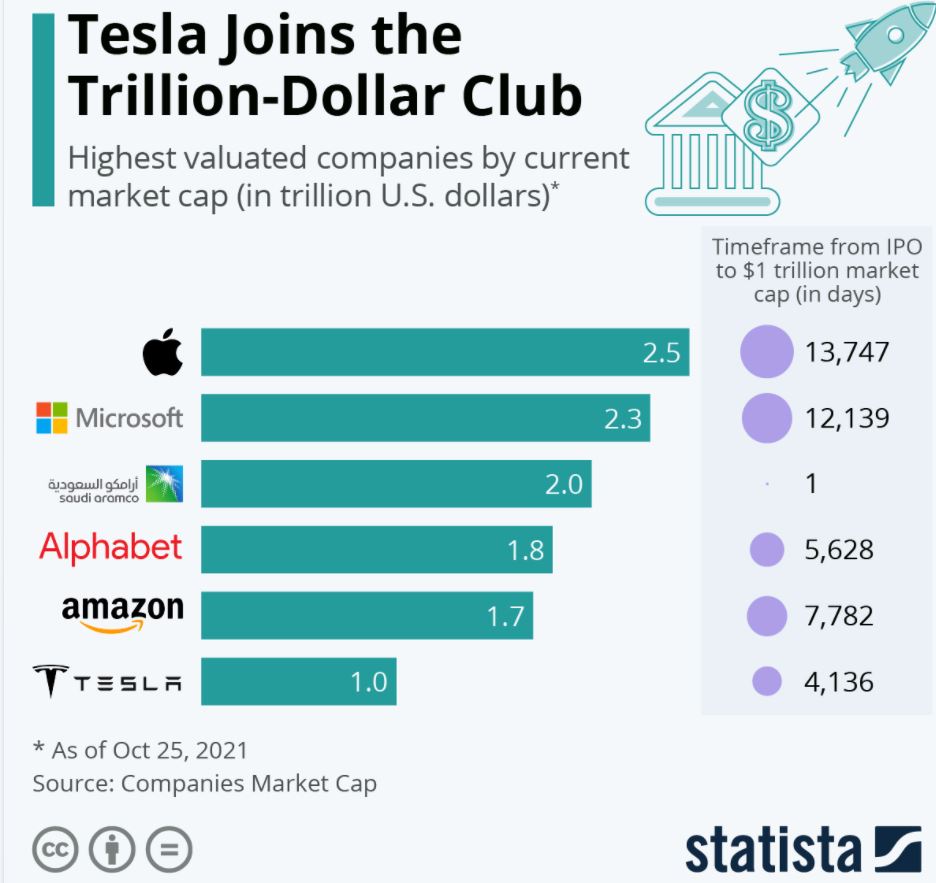 There are literally hundreds of new(ish) companies that could be called disruptive and innovative, and a fund manager named Cathie Wood burst onto the scene a few years ago by building her ARK family of funds around such businesses.

Wood’s breakthrough was a bullish call on Tesla back when many were dismissing it as more of a concept than a legitimate operation.

Her first exchange-traded fund, ARK Innovation ETF (ARKK), made TSLA by far its largest holding — and it rode Tesla to a market-crushing 149% gain in 2020. Some in the financial press were calling her a genius, even a visionary. 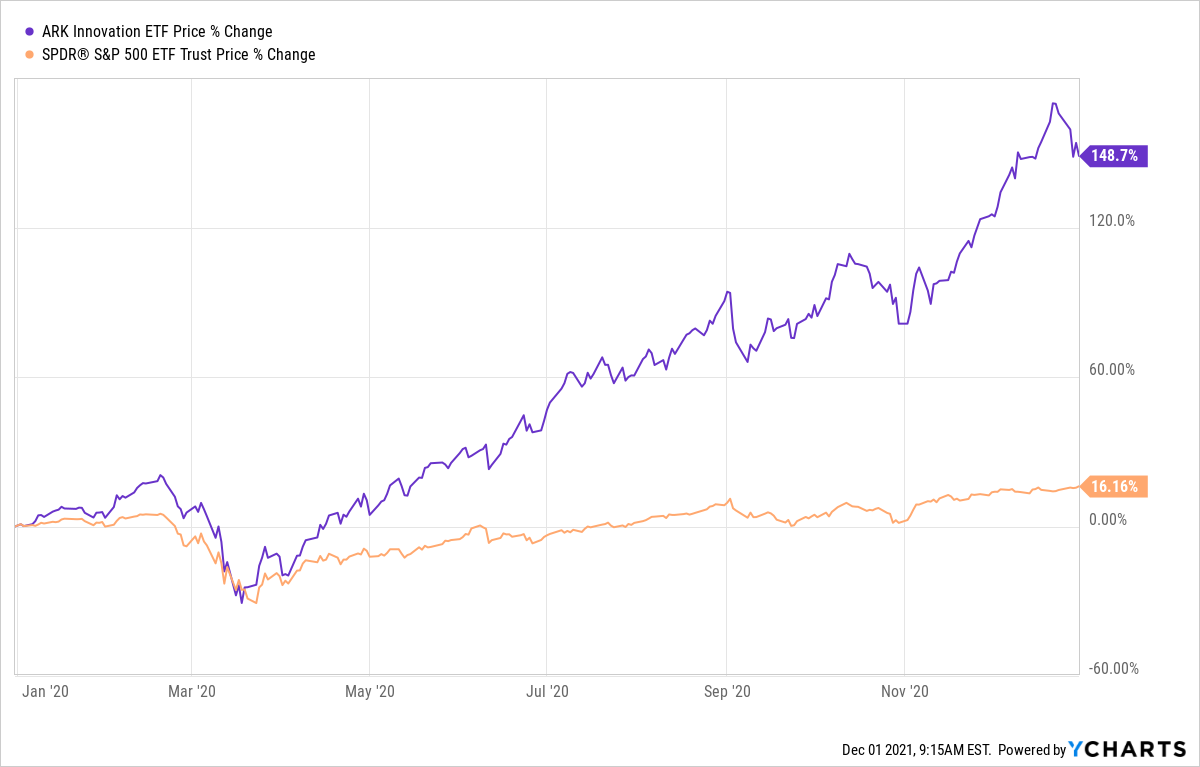 On the final day of 2020, I decided to do the disruptive-stock thing, too, and I added a small ARKK stake to my Growth & Income Portfolio. I explained my rationale HERE. (Note that the GIP was called the Grand-Twins College Fund back then.)

Well … what the once-ballyhooed ETF mostly disrupted was my portfolio’s performance. 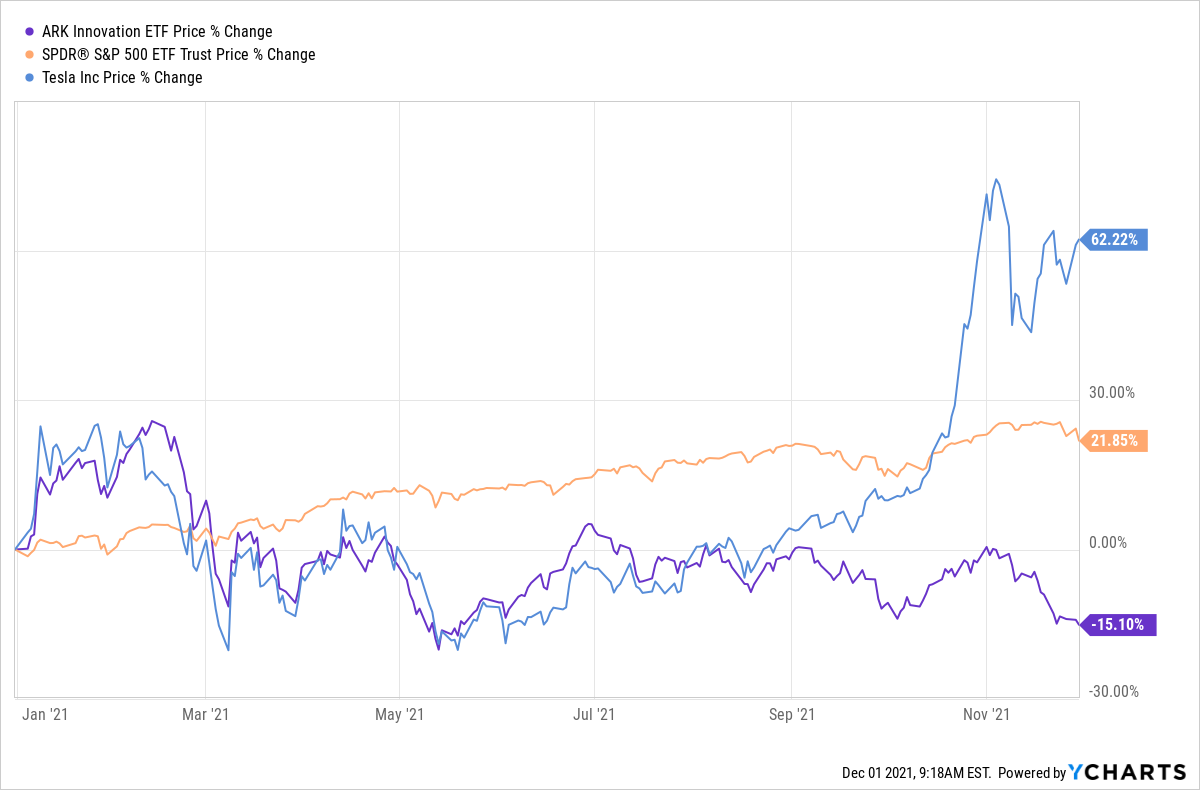 The swoon actually began in mid-winter; from market close Feb. 12 through the end of trading Nov. 30, ARKK was down a staggering 32.5%. 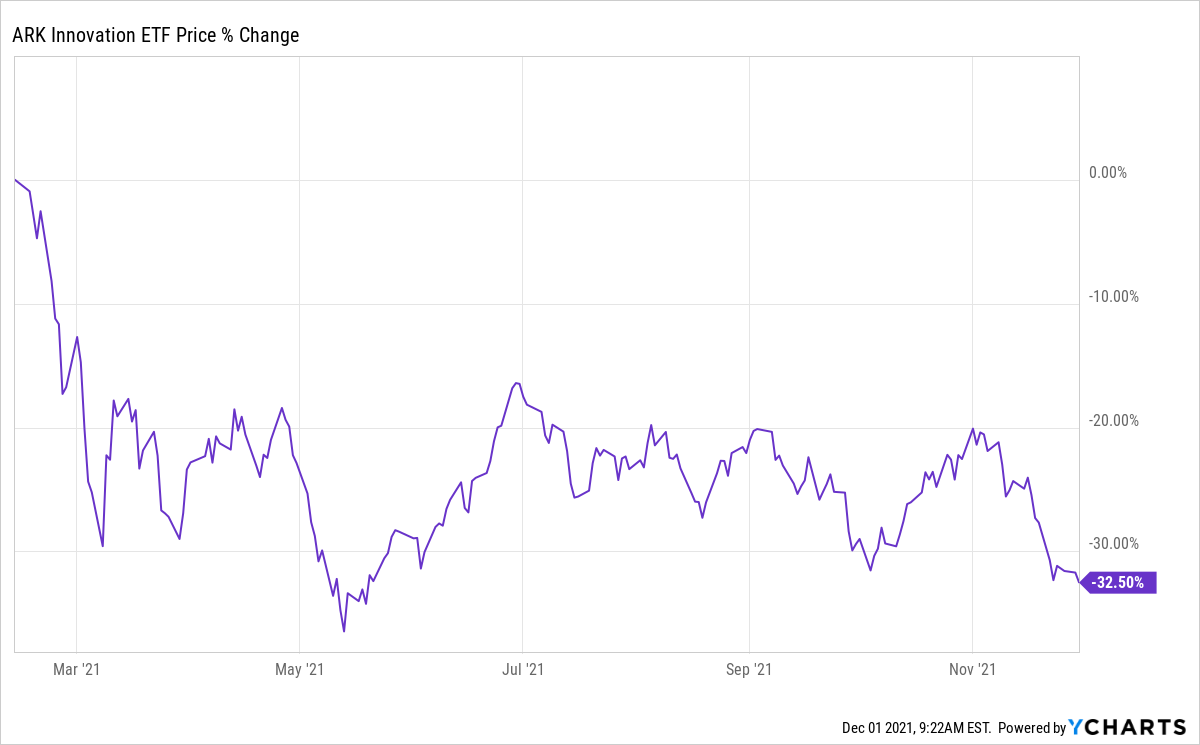 I wanted to be patient, especially with this very-long-term portfolio. But sometimes you get to the point as an investor where enough is enough, where you think you can do better owning something else.

And so on Friday, Nov. 26, I sold off the ARKK position, locking in a 13.1% loss. I immediately put the proceeds into the GIP’s existing (and very successful) Alphabet holding.

GOOGL buy was made using Fidelity’s “Stocks by the Slice”; it couldn’t quite invest the full $118.13 from the ARKK sell.

I’ll get to my reasons for selling the ARK fund and buying more Alphabet in a minute. First, let’s briefly discuss the other moves I made during November for the Growth & Income Portfolio, which I launched in June 2020 as a vehicle to one day help pay for the college educations of my now 2-year-old grand-twins, Jack and Logan. 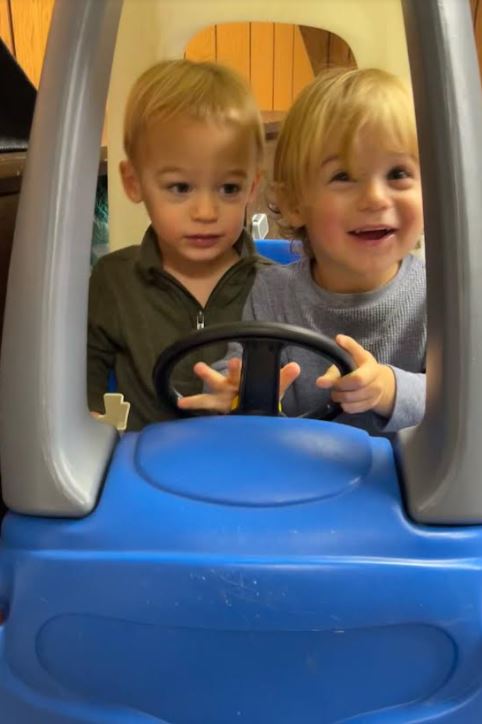 After those buys, the ARKK sell and the GOOGL purchase, the Growth & Income Portfolio ended November worth about $4,400. It’s showing a total return of about 21%, and it’s expected to produce about $56 in annual income. 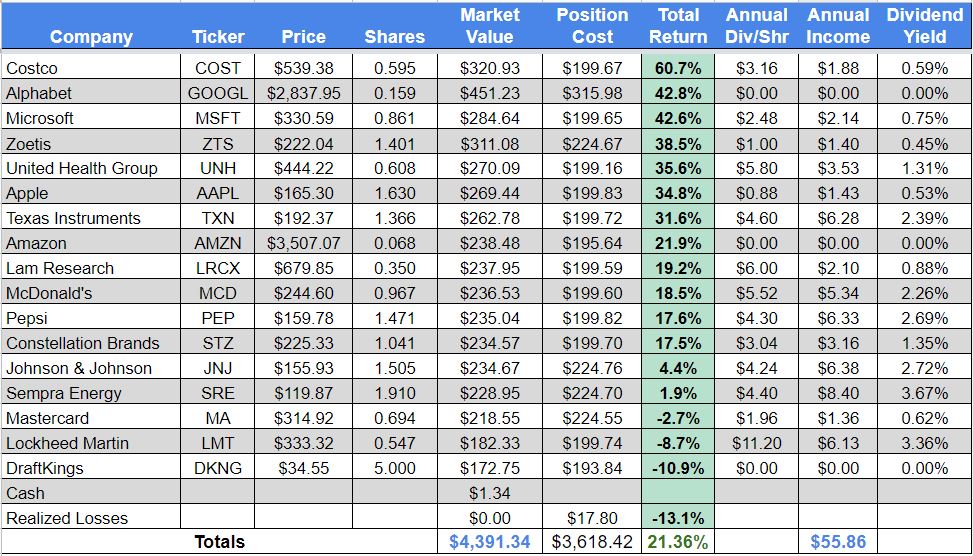 That regularly-updated table, along with links to every GIP-related article I’ve written, can be found on the portfolio’s home page HERE.

I also recently began contributing $100/month toward the eventual college costs of my 13-month-old grandson, Owen, and his soon-to-be-born sister. 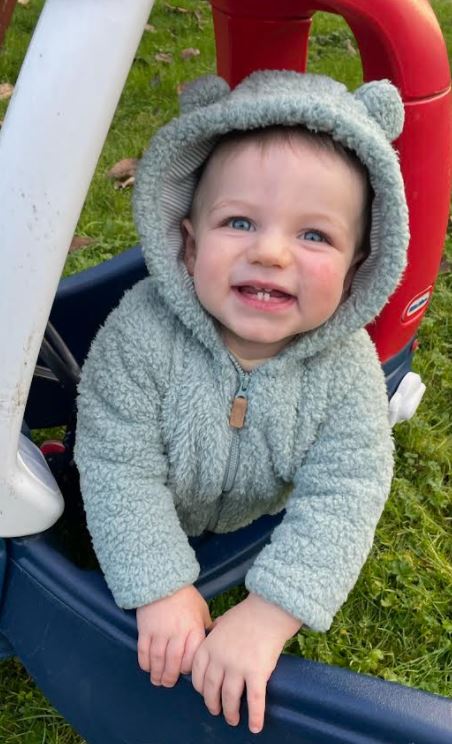 For reasons I explained HERE, I’ve started with investments in Canadian banks. And on Nov. 30, I roughly doubled my stake in Bank of Nova Scotia (BNS), giving the portfolio about 3.1 shares.

When I bought ARK Innovation ETF, I knew there would be some ups and downs, but I’ve been surprised at how poorly the fund has done even when the overall market has risen — and, especially, even when Tesla (which makes up 10% of ARKK’s holdings) has seen enormous gains.

Cathie Wood and her team trade far too frequently for my liking, moving in and out of positions constantly, churning and churning the portfolio. After nearly a year of close observation, I still haven’t figured out what their focus is … and Morningstar analyst Robby Greengold touched on that in his critique of her ETFs:

Wood’s reliance on her instincts to construct the portfolio is a liability. This is a high-risk, benchmark-agnostic portfolio that invests across technology platforms the team thinks will revolutionize how sectors across the globe operate. The firm favors companies that are often unprofitable, highly volatile, and could plummet in tandem. Rather than gauge the portfolio’s aggregate risk exposures and simulate their effects during a variety of market conditions, the firm uses its past as a guide to the future and views risk almost exclusively through the lens of its bottom-up research. The fund lacks well-defined risk controls, which are now more important than ever. As its asset base has swelled … the fund has become less liquid and more vulnerable to severe losses.

… Many of its analysts have come and gone, and most of the nine remaining lack deep industry experience. … ARK’s untested analysts, go-with-your-gut risk-management approach, and bloated asset base raise doubts about whether this fund’s outstanding historical results can continue.

My bottom line: ARKK might eventually become a great ETF, but it will do so without me as an investor.

If it does end up righting itself, I won’t have any regrets about this sell because this experience reinforced the notion that it’s best to invest in what one is comfortable with and in what one knows … and Alphabet fits that description for me far better than ARKK does.

From the Google search engine to Gmail to Android to Google Maps to Chrome to Waze to Google Cloud to YouTube to Google Photos to dozens and dozens of other products and services, Alphabet has become part of our everyday lives. 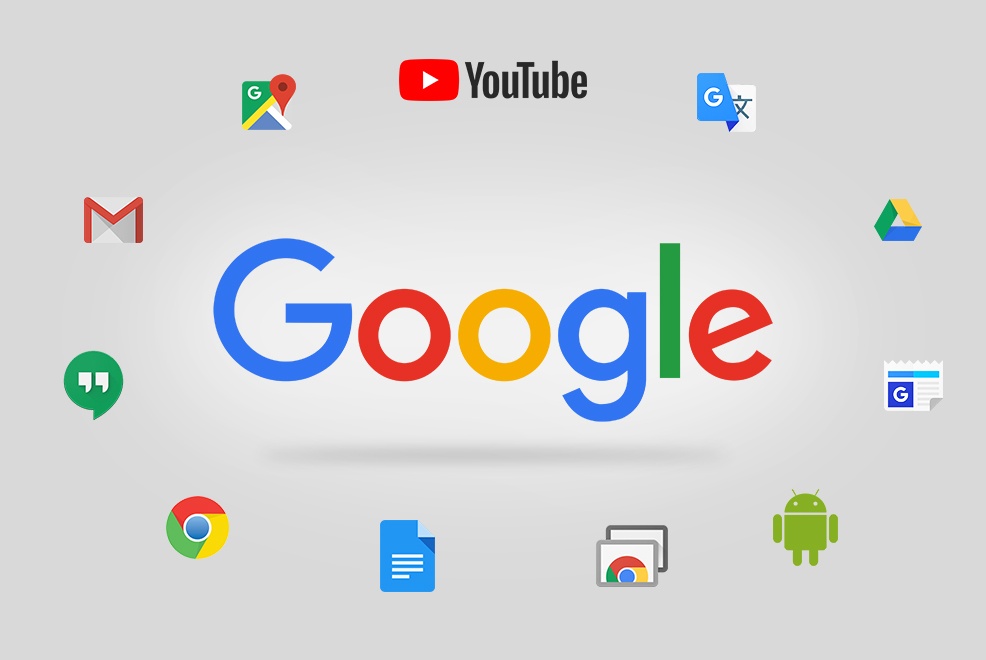 It’s a money-making machine, and it’s a high-quality corporation with a bulletproof balance sheet and a stellar AA+ credit rating.

Before my latest purchase raised the cost basis, GOOGL was far and away the Growth & Income Portfolio’s top performer. And analysts, such as Morningstar’s Ali Mogharabi, believe the stock has plenty of room to run. 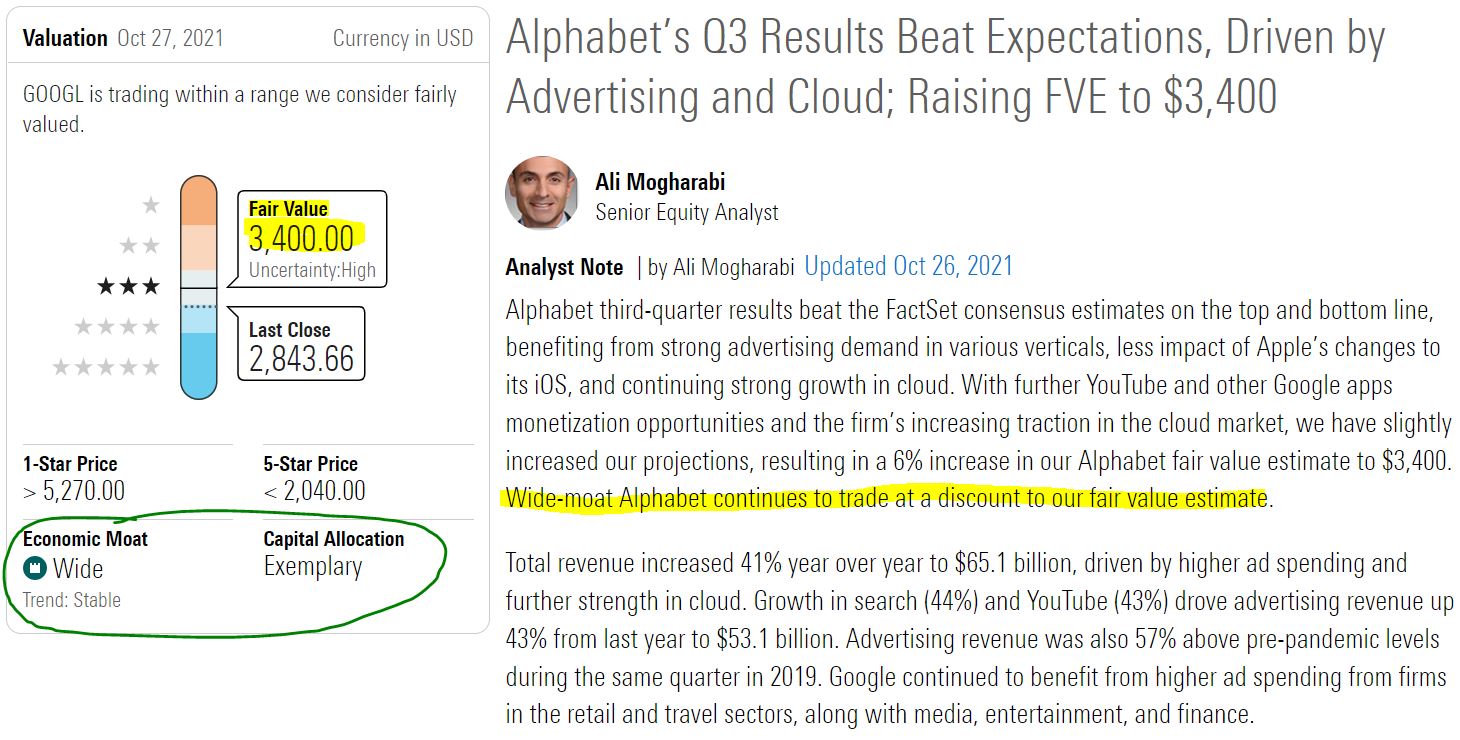 CFRA analyst Angelo Zino is another Alphabet bull, and he also has given GOOGL a fair value of about $3,400 — making it 20% undervalued in his eyes. 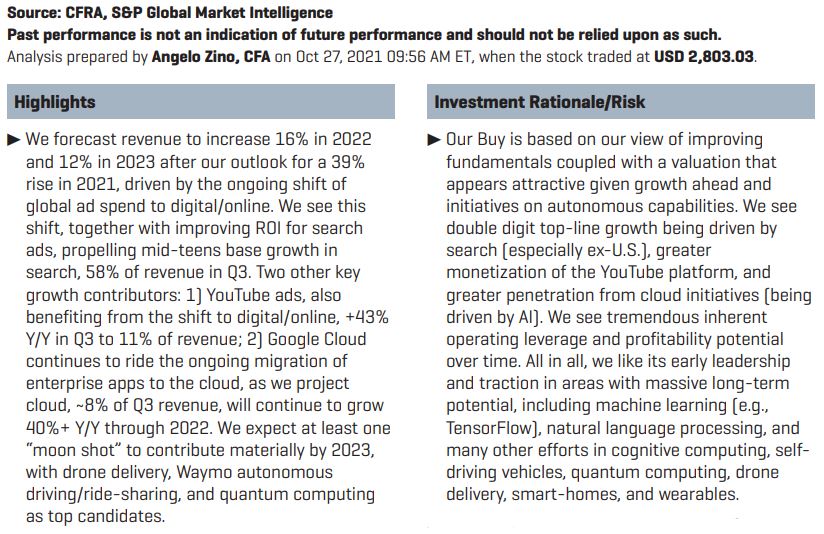 Alphabet’s attractiveness as an investment can be seen in Value Line’s take. Its analysts give GOOGL top grades for financial strength, relative safety and timeliness. VL’s medium-term target price suggests a 20% upside, and its long-term forecast calls for more than 75% price appreciation in 3-5 years.

The Morningstar, CFRA and Value Line calls aren’t surprising given that surveys of dozens of analysts show strong sentiment across the board for Alphabet.

Of the 27 analysts monitored by TipRanks, 25 call GOOGL a “buy,” with an average 12-month target price suggesting a 17% upside. Even the lowest target in the entire survey — $2,965 — is higher than what I just paid to bring more of the stock into the Growth & Income Portfolio.

Meanwhile, 47 of the 49 analysts tracked by Refinitiv call GOOGL either a “strong buy” or “buy.” That’s some serious conviction.

Because I agree with these views, I also have been gradually adding to the much-larger GOOGL stake I have in my personal portfolio.

And while we’re talking about valuation, here’s a quick look at what various analysts think about the four companies in my most recent GIP transactions:

Interestingly, even though Mastercard has a high multiple, most analysts think the stock’s recent pullback has made it attractive again.

Zoetis, the animal-health company, always looks expensive and always gets cautious forecasts from analysts. And yet its products are in such continuously high demand from veterinarians, livestock farmers and other customers that its stock price keeps defying analysts’ calls. 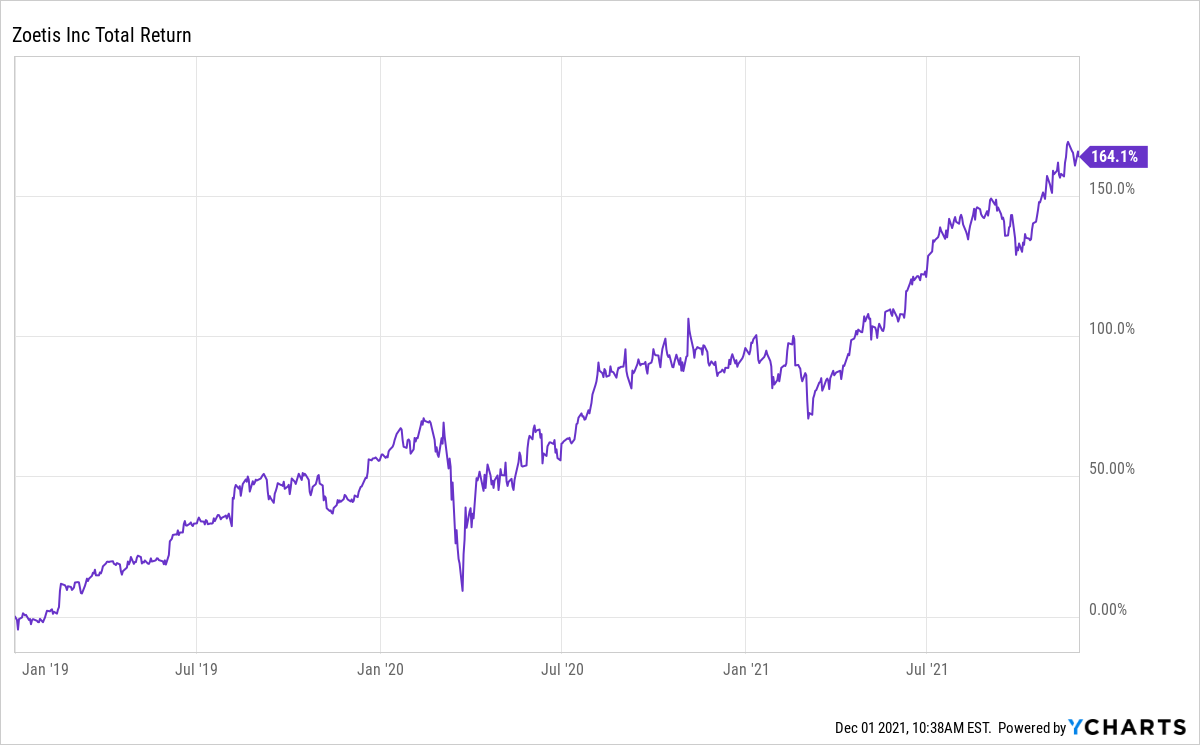 These are four high-quality companies that receive good grades from various rating agencies and analytical services.

Although “Growth” is the first word in the portfolio’s name, I do want the GIP to produce a reliable, increasing income stream, too.

Five of the portfolio’s 14 dividend payers had distributions in November, with $3.42 coming into the portfolio. As always, the income each stock produced was reinvested right back into the companies, adding a fraction of a share of each.

Yes, $3.42 doesn’t sound like much, but it was 21% more than the same five stocks received in August. As such growth continues, dividends eventually will become a material contributor to the portfolio’s total return.

The largest jump was by Texas Instruments (TXN), which went from $1.25 income produced in August to $1.56 in November thanks to a 12.7% dividend increase and to $25 more of the stock having been bought.

On the final day of November, Mastercard declared its dividend raise for 2022 — a nice 11.4% hike that shouldn’t have been much of a surprise considering the company’s 10-year history of double-digit-percentage increases.

In the next week or two, I expect Zoetis to announce its next raise. The last four have been 20%, 30%, 21% and 25%, and the company has been performing brilliantly, so I have every reason to believe another huge hike is coming.

As for Bank of Nova Scotia … just in time for this article, BNS announced an 11.1% dividend raise on Nov. 30. The combination of that increase and a slight pullback in price has pushed the stock’s forward yield to about 5%.

This wasn’t exactly shocking news, as BNS has raised its dividend 44 of the past 46 years and has paid dividends without interruption since 1833. That’s nearly 50 years before O Canada was written! 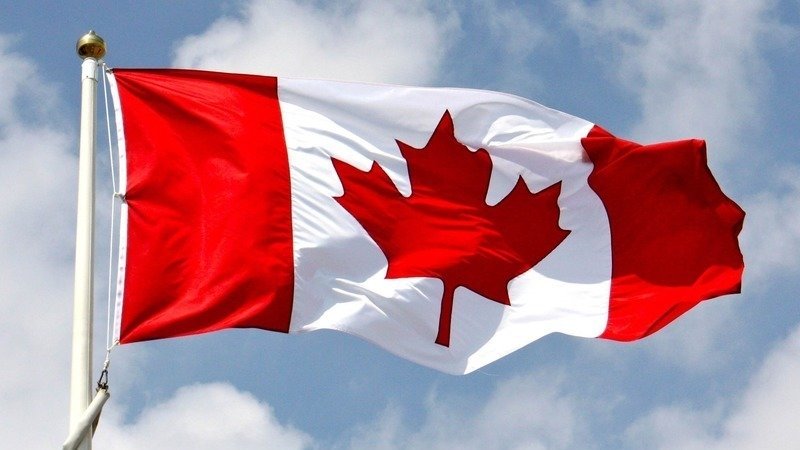 Canadian banks had been prohibited from increasing their dividends during the pandemic, but regulators recently gave them the go-ahead to resume. It was nice to see Bank of Nova Scotia be the first to do so.

I’m a reluctant seller; this marked my first sell in the Growth & Income Portfolio since it debuted. And selling at a loss is never easy — it can feel like an admission of failure.

But investing isn’t about wanting to re-write the past, it’s about looking to the future.

Once I decided that the portfolio would be better served by dumping ARKK in favor of more GOOGL, I knew it was time to make the switch.

NOTE: Dividend-centric investors might be interested in another real-money portfolio I manage for this site, the Income Builder Portfolio. You can view its 45 positions, as well as every IBP-related article, on the home page HERE. Additionally, I regularly do video reviews of stocks held in the IBP; see the latest — about popular Dividend Growth Investing stock Realty Income (O) — HERE.