Twenty years ago, a phenomenon took Chicago by storm.

In May 2001, Costco (COST) opened one of its warehouse stores on the city’s north side, only a couple of miles from where my family lived.

Our friends and neighbors were abuzz, and I was interested … until I learned the hard truth: To shop at Costco, you must be a member. 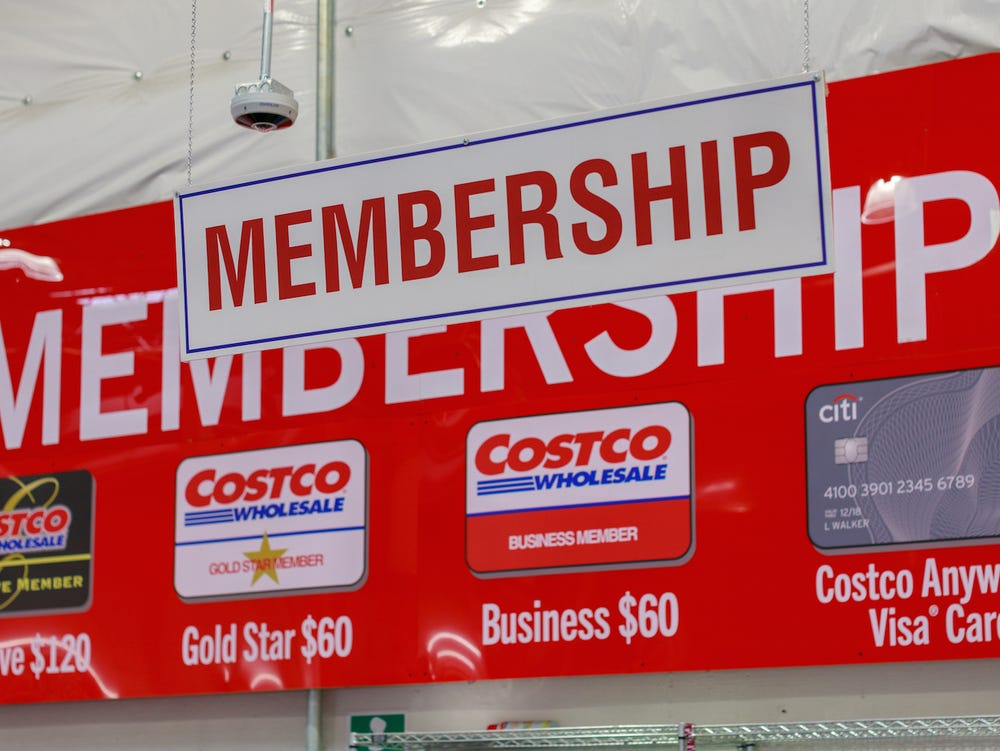 Me: “Wait? So I’m gonna have to pay an annual fee just for the right to buy the stuff they sell?”

But this one friend really liked Costco, and a couple of weeks after the opening, she finally got us to go with her. I was amazed.

The store was packed, with customers loading shopping carts and larger flatbed carts with mass quantities of goods. 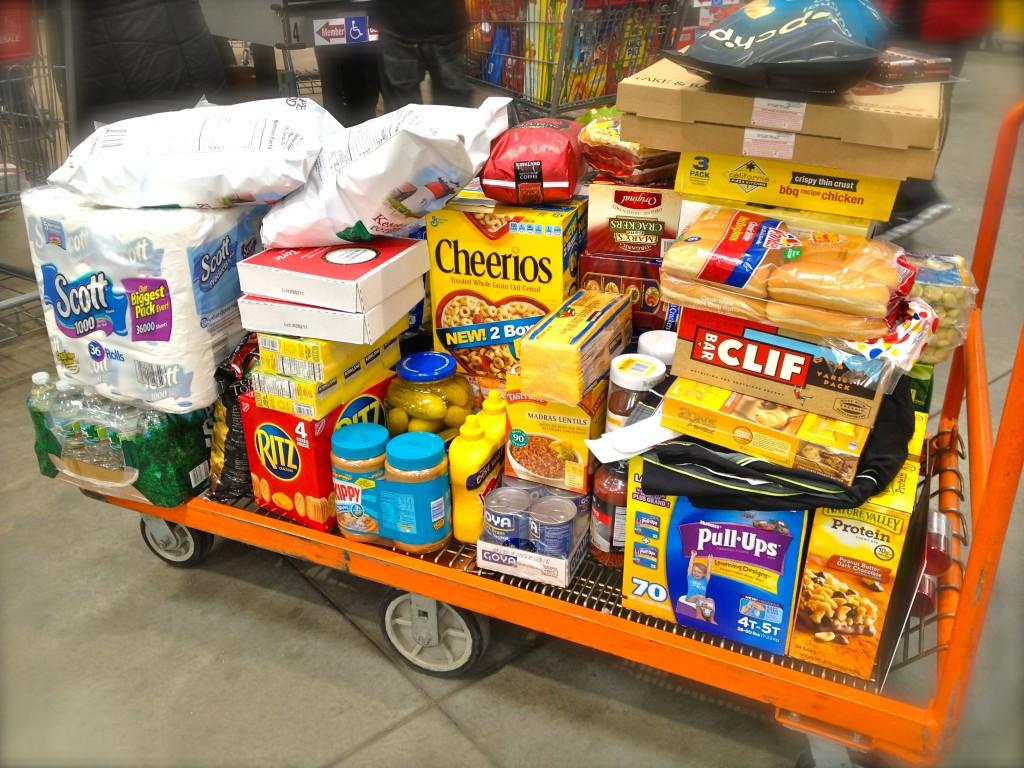 It wasn’t easy to find specific items, but everywhere I turned there was something I considered buying, kind of like a treasure hunt. And the prices! No other retailer – not Walmart (WMT), not Target (TGT), not the grocery stores – could touch ’em.

As a bonus, there were friendly workers offering samples of at least a dozen of the food items Costco sells. Oh, peach-mango salsa on pita chips, where had you been my whole life?

As our friend checked out, an employee asked if my wife and I wanted a membership. He said there was absolutely no obligation – if we didn’t like Costco for any reason we could cancel any time, even 11 months in, and 100% of our first-year membership fee would be refunded.

So we signed up … and we’ve been satisfied Costco members every since.

And come Monday, March 22, when I execute a purchase order for about $1,000 worth of COST stock on Daily Trade Alert’s behalf, the Income Builder Portfolio will get in on the Costco phenomenon, too.

Three years ago, I profiled several big-box retailers (see article HERE), and concluded that Costco was one of the few I would consider someday for the IBP.

My main thesis now is the same is it was then: Costco’s business model is the best in the industry. Thanks to the nearly $4 billion in annual membership fees the company collects, it makes serious scratch before it sells a single item.

To put that in perspective, another of the retailers I profiled in my 2018 article — Big Lots (BIG) — did about $5.3 billion in sales last year. That’s everything the company sold … and Costco brought in almost three-fourths of that in membership fees alone.

And Costco customers are fiercely loyal: 91% of the company’s American and Canadian members have renewed for another year. 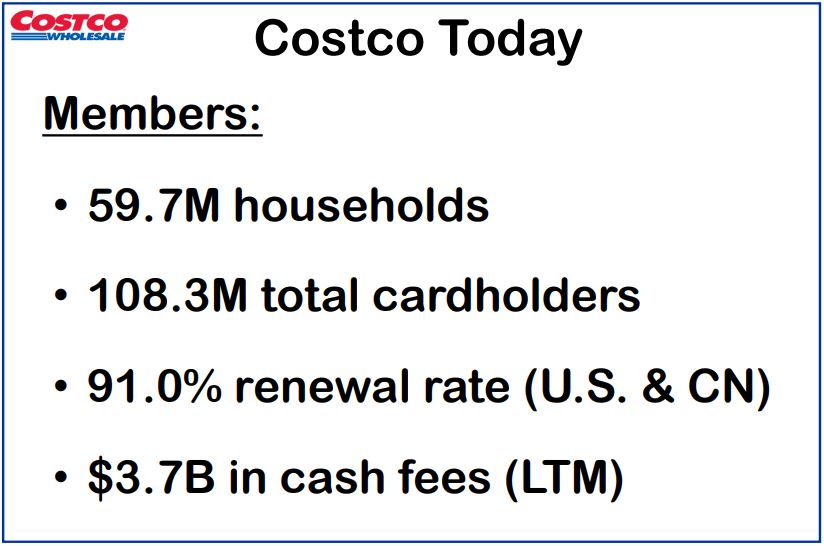 I used a similar image to the one above in my 2018 article; since then, the number of households with Costco memberships has increased 18.5%, the total cardholders figure has gone up 17.5%, renewal percentage has ticked up a point from 90%, and the cash brought in by fees has grown 19.4%.

As the following two graphics from Simply Safe Dividends indicate, Costco is financially strong, with ever-growing earnings and sales. 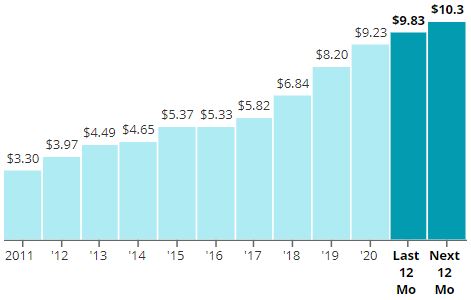 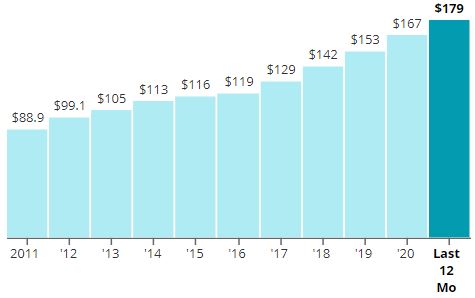 2020 was propped up by sales during the pandemic, as members used Costco’s growing online presence to keep shopping there, and foot traffic accelerated during the second half of the year.

Indeed, some investors are concerned that the company can’t possibly keep pace in 2021, and the stock price has corrected about 13% this year to $328.91 at market close Friday, March 19. 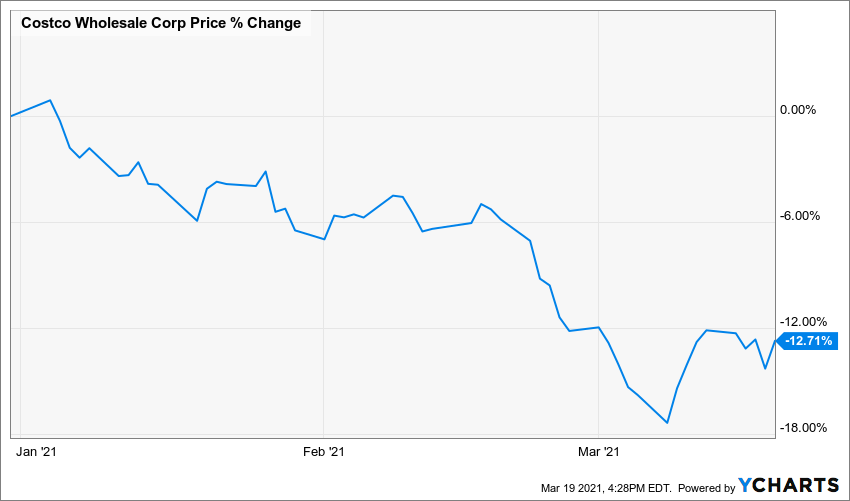 However, many analysts expect this still to be a fine year for Costco as the world emerges from the pandemic.

In upgrading COST to “overweight,” Wells Fargo’s Edward Kelly said: “The stock’s return to pre-pandemic levels seems to imply that COST keeps none of the upside, which seems wrong to us. At least some share gains should be sticky given member growth, and emerging trends (working from home and de-urbanization) represent incremental positives.”

The start to this year has been unusual for Costco’s stock price, as COST routinely has crushed both its peers and the overall market. 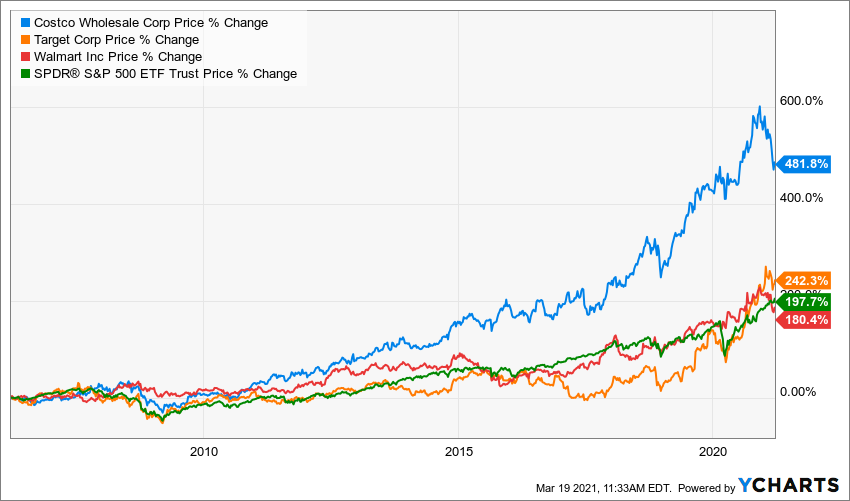 As good a company as Costco is, one thing that keeps COST out of many Dividend Growth Investing portfolios is that it’s not a high-yielder.

It has raised its regular annual dividend for 16 consecutive years, and it is expected to announce another increase next month, but the yield is less than 1%.

That is a little deceptive, though, as the company has given shareholders a special dividend every 2-3 years over the last decade.

The dark blue areas of the above image show the special payouts, the most recent being $10 per share distributed on Dec. 11, 2020.

Had that been factored in, the actual yield for 2020 would have exceeded 3%.

Still, an investor should never count on a special dividend, so we will continue to treat COST as a relatively low-yielder — meaning we want to see continued market-beating capital gains, as shown in the YChart just above this dividend section.

Quality All The Way

Value Line, which gives Costco its highest ratings for financial strength (A++) and safety (1), just added COST to its model portfolio of “Stocks With Above-Average Year-Ahead Price Potential,” saying:

We are making one change to Portfolio I this week … adding the shares of Costco Wholesale, which operates wholesale membership warehouses in North America, Europe, Asia, and Australia. The company sells merchandise directly from warehouses to a restricted membership. Costco has established a long track record of healthy growth in revenues and earnings, and we expect this pattern will continue in the years ahead. The company has fared relatively well since the emergence of the coronavirus pandemic early last year. The health crisis has boosted sales of food, health, and sanitary products. The company’s e-commerce business has performed particularly well.

Costco scores big in all of the “quality metrics”: Morningstar calls it a wide-moat company with “exemplary” management; Standard & Poor’s gives COST an A+ credit rating; and Simply Safe Dividends awards it a perfect 99 safety score.

Although Costco sells top brands throughout each warehouse and online, house brand Kirkland Signature is recognized as offering well-made, less-expensive versions of hundreds of items. 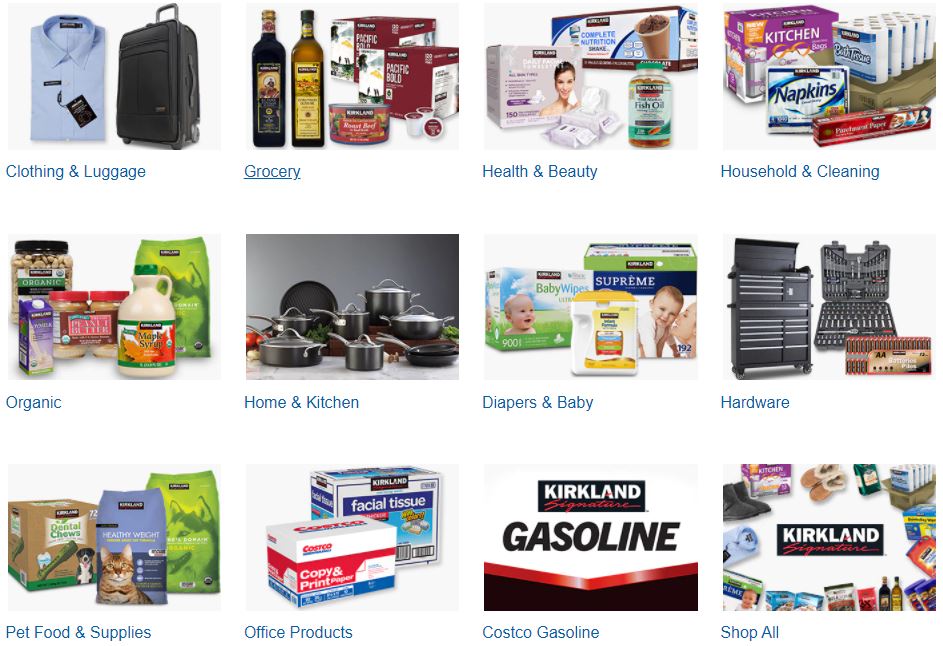 Customers can buy a single bottle of wine or one shirt, but many of the products Costco stocks are sold in larger packages, which lets them offer significant per-ounce or per-pound discounts.

For example, we buy 6-head packages of romaine lettuce, peanut butter in two 48-ounce containers, 30-packs of toilet paper, and 6-pound bags of frozen strawberries. Our kids go to Costco to buy huge bags of diapers for our grandchildren.

In addition to returning to our local warehouse every week or two for favorite food items and the cheapest gasoline prices in the area, we have bought televisions, computers, prescriptions and other health-care items, appliances, furniture, clothing, sporting goods, batteries, kitchenware, personal care items, laundry products … and of course their famous rotisserie chickens — $4.99 since 2009! 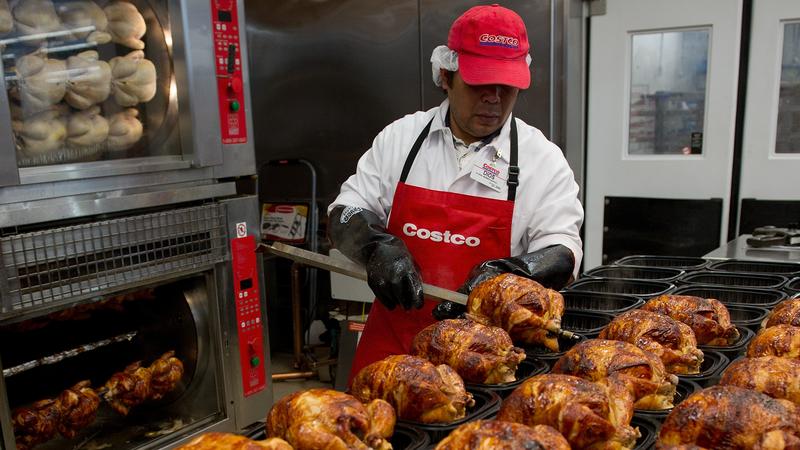 Costco makes big money on impulse buys. I like to joke that I go in for a chicken and a gallon of milk, and I come out with a 3-pack of kayaks, a 200-pound fire-proof safe, and enough croissants to feed a small French village.

A few years after joining Costco Nation, my wife and I upgraded to the benefits-filled Executive membership, as the cash back we receive for being at that level always covers the higher annual fee.

We rarely buy anything from Amazon (AMZN) or another retailer’s website without at least checking costco.com first, and we also have used Costco’s services for car tires, insurance products, eyeglasses, photos, travel and more.

So if I like this retailer this much, why am I just now selecting COST for the Income Builder Portfolio?

Well, the main reason is that the stock always commands a premium price. I will discuss Costco’s valuation thoroughly in my post-buy article, which is scheduled for publication on Tuesday, March 23.

As always, I strongly encourage investors to conduct their own due diligence before buying any stock.