When selling a stock, one must decide when to sell, what to buy with the proceeds, and what price to pay for the replacement stock.

There are a lot of moving parts and numerous decisions to make, and that is one of the many reasons why I am a reluctant seller.

Each time, I had what I considered an excellent reason to sell:

Each of those nine replacement companies performed quite well in 2020 … but TJX shot up by 86% after we sold it on March 23, and Disney skyrocketed 51% after we divested our position on May 20.

Wells Fargo did end up cutting its dividend by 80%, but it also rode a nice second half of the year recovery for the banking sector to an almost 20% total return, just a tad lower than the ABBV that we had bought in its place. 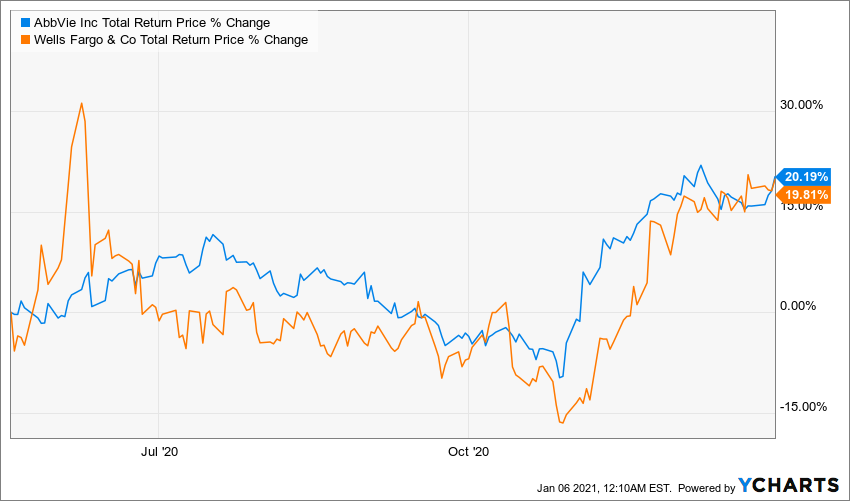 Meanwhile, Avista and Pinnacle West outperformed Dominion by a pretty wide margin after we “traded” our D shares for AVA and PNW on July 7. 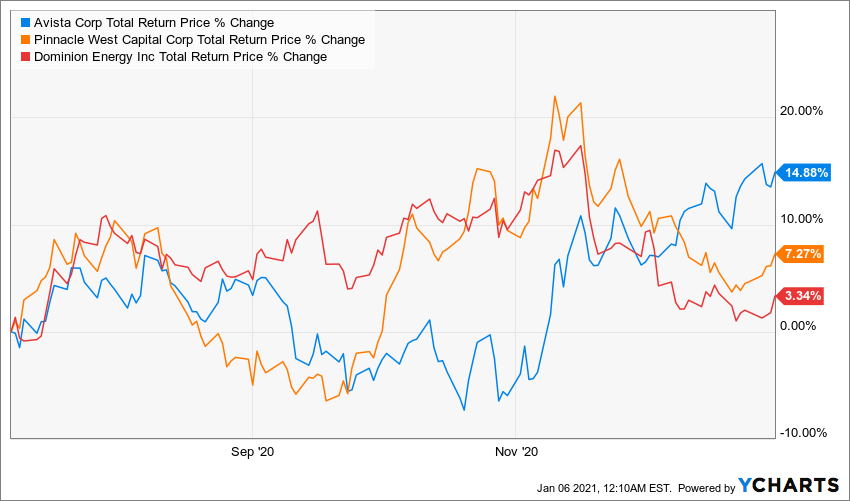 Despite the relatively strong performances of ABBV, AVA and PNW, the IBP suffered — comparatively speaking, anyway — because we didn’t keep TJX and Disney.

As easy as it is to second-guess oneself, I continue to feel OK about selling DIS because the reasoning was so logical.

Given all the headwinds Disney still faces, its rise has been inexplicable. I mean, how can a company whose earnings plummeted by 65% in 2020 and are expected to go down another 15% in 2021 be trading at nearly 30 times expected 2023 earnings?

TJX, on the other hand … I do wish I had been more patient with that one. It is a strong company, one of the best retailers out there in both bad and good times, and its board of directors already has reinstituted its dividend. Congrats to those who held on.

Three Years For The IBP

All this chat about my sell decisions serves as my way to get into the Income Builder Portfolio’s performance three years into the project.

To say I’m pleased would be a massive understatement, as the IBP posted a 31% total return  while growing its income stream beautifully.

The following table shows the total return of each of the IBP’s 37 positions. On the right side of the table, we compare each position’s performance to what the gain of the S&P 500 Trust ETF would have been had we bought the exact same amount of SPY on the exact same dates. 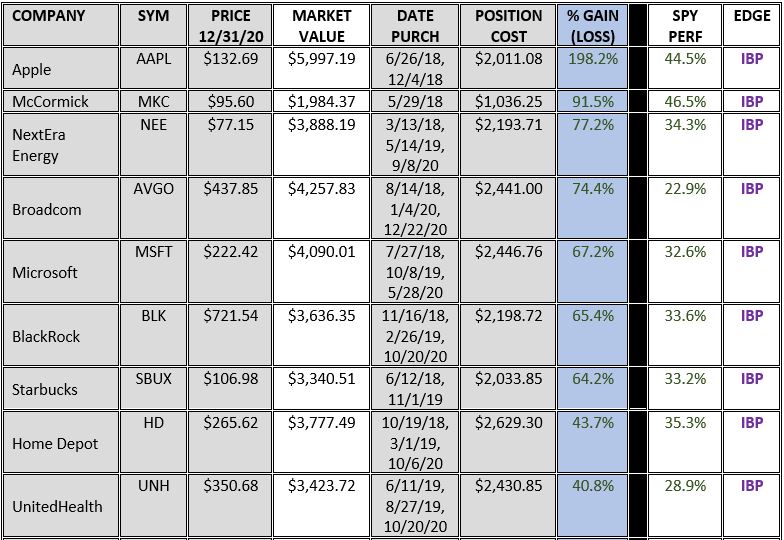 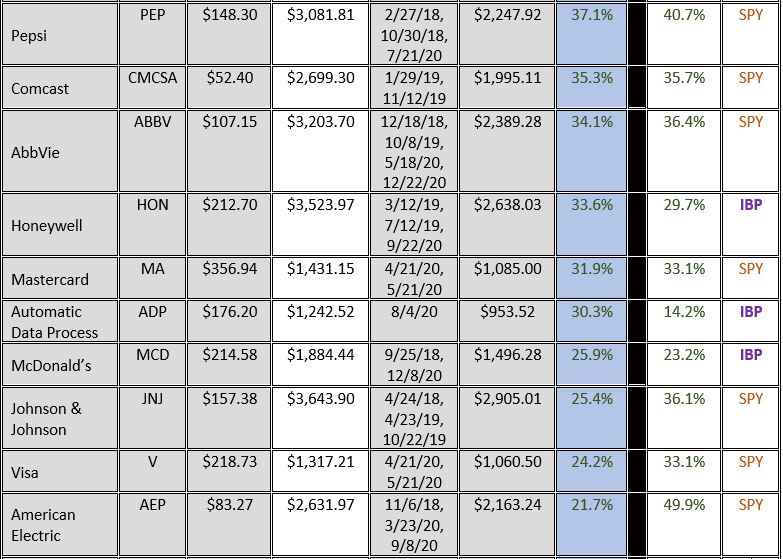 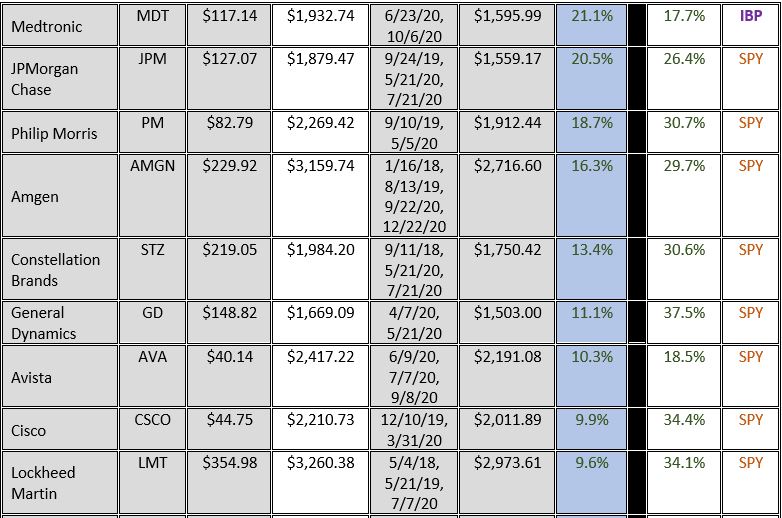 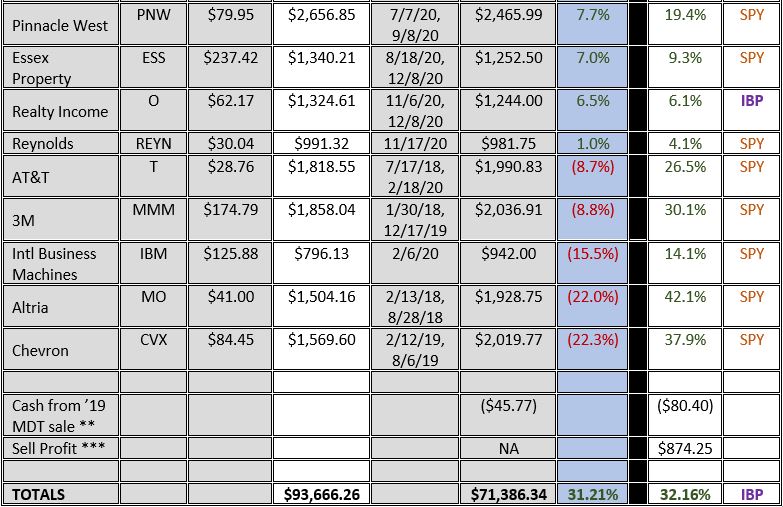 Two notes about the table:

** In 2019, we sold our Medtronic stake and used the proceeds to buy another stock. After the transactions, there was $45.77 cash. Back then, there was no way to buy share fractions, so that just remained in the account as cash. I accounted for it in the table by subtracting it from the actual costs of the stocks. Had we invested in SPY instead of MDT, there would have been $80.40 cash left over, and I accounted for that in the SPY totals.

*** As discussed earlier, four IBP positions were liquidated in 2020, and the proceeds were used to buy different stocks. Had all those purchases been of SPY, it would have generated an additional $874.25. So the total return for SPY includes that figure.

As it turns out it, the $874.25 that the hypothetical SPY position received due mostly to us selling TJX, DIS and WFC provided the margin of SPY’s narrow 3-year “victory” over the IBP.

It’s important to remember what the goal of this project was when we launched it in January 2018. As presented in the IBP Business Plan:

The secondary goal is to build a portfolio that will experience solid total return, much of which will occur organically because of the excellent businesses within.

Part 2 of this annual review, which will be all about income, is scheduled to be published on Saturday, Jan. 9.

As the goal stated, however, total return does matter, and I’m pretty darn happy that the IBP shows a gain of 31% after three years.

The 69% return for the overall market since hitting the March 23 lows of the “coronavirus crash” let the S&P 500 nudge ahead of the IBP by less than 1 percentage point, as the bottom line of the table illustrates.

Still, given that the IBP is an income-centric portfolio with many defensive names, and that Dividend Growth Investing is the main management strategy I employ, hanging with the overall market during an incredible bull run seems quite impressive to me.

Best of the Best

Each of the IBP’s nine biggest gainers advanced at least 40% since entering the portfolio, and each crushed the S&P 500. 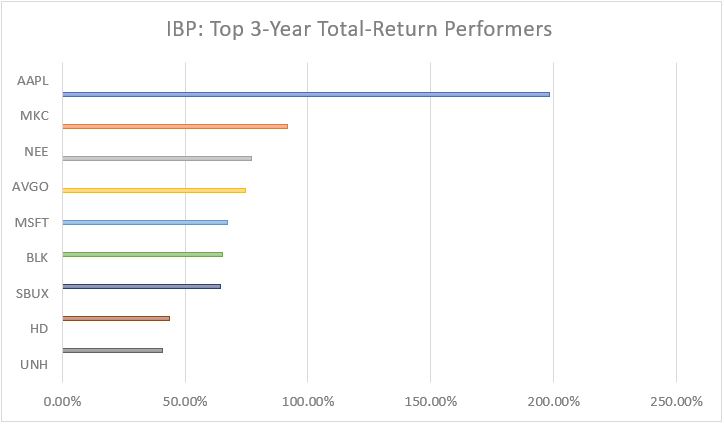 Apple (AAPL), of course, has been ridiculous, with a total return of almost 200%, and it is joined in the top 5 by fellow tech stalwarts Broadcom (AVGO) and Microsoft (MSFT).

That’s some high-quality diversification, my friends.

Each of those nine stocks is expensive compared to its historical norm … though I did choose to make Broadcom the IBP’s final buy of 2020, and we also recently purchased more BlackRock, UnitedHealth and Home Depot.

Of all 37 portfolio holdings, those that currently combine the best value and highest quality, in my estimation, are AbbVie, General Dynamics, Pinnacle West and Lockheed Martin (LMT). 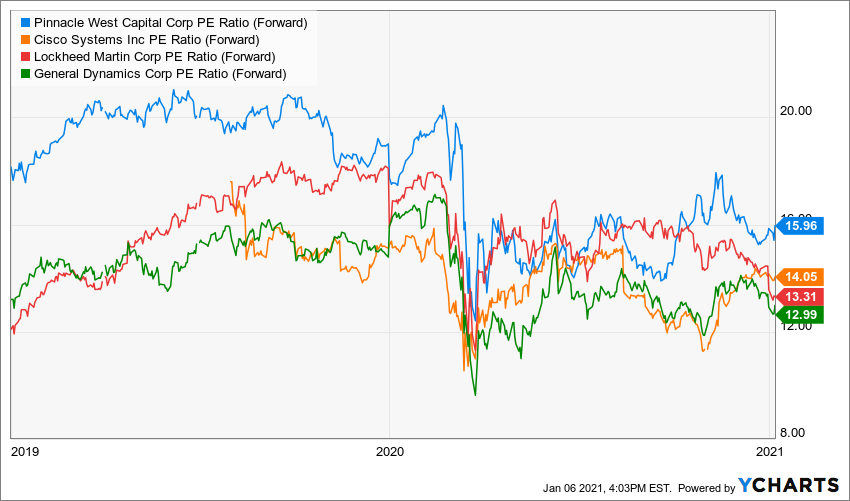 One could argue that, trading at about 17 times forward earnings, American Electric and Johnson & Johnson (JNJ) also look pretty attractive.

For those who don’t mind buying shares of a company that only went public last year, Reynolds (REYN) could be an interesting candidate for further research.

Despite a couple of sells that turned out to be poorly timed, I remain as excited today about the Income Builder Portfolio as I was the day we launched it.

Huge props to Daily Trade Alert co-founder Greg Patrick for supporting the project — and for providing the $2,000/monthly allocation that we use to make our buys.

Our IBP home page includes an active table that constantly updates the portfolio’s progress; it also offers links to every IBP-related article we have published. See it HERE.

Investors who prefer a heaping helping of growth in their portfolios should check out the other real-money portfolio I manage, the Grand-Twins College Fund; you can read about the group of disruptive, innovative stocks I just bought HERE.

And don’t forget to stop back this weekend for Part 2 of my 2020 IBP review.