In 2009, UnitedHealth Group (UNH) paid shareholders the same 3-cent-per-share annual dividend that the health insurance titan had for two decades.

Meanwhile, with the world still trying to dig out of the Great Recession, asset management giant BlackRock (BLK) kept its dividend at $3.12 — the same as the year before.

Since then, both companies have made strong commitments to significant dividend growth, as shown in the following table of their annual increases these last 11 years. 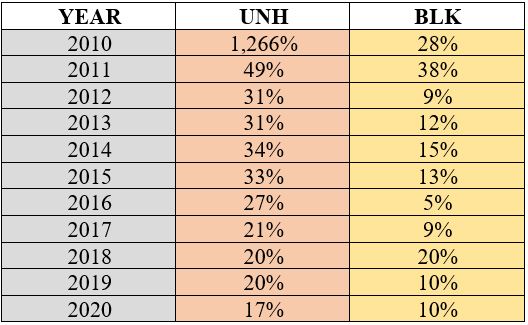 As a result, both have produced the kind of staircase-like chart that Dividend Growth Investing practitioners love. 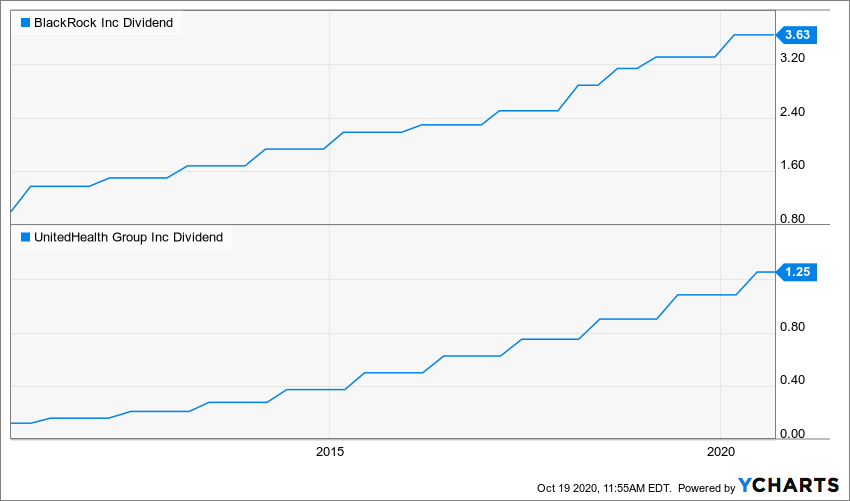 So while there are many things to like about these fine companies — much of which I discussed in my previous article — their dividend growth ranks high on the list.

It certainly is a big reason I first selected BlackRock and UnitedHealth Group for DTA’s Income Builder Portfolio two-plus years ago, and it’s why I have added to our positions since — most recently on Tuesday, Oct. 20, when I split Daily Trade Alert’s $1,000 semimonthly allocation between the blue-chip industry leaders.

The orders were executed using Schwab Stock Slices, which allow share fractions to be purchased.

It was the third consecutive time I had chosen a company from the Healthcare sector as part of a two-stock combination; Amgen (AMGN) and Medtronic (MDT) were the previous two.

The buys of UNH, MDT and AMGN solidified Healthcare as the IBP’s second-largest sector weighting, behind only Technology.

BlackRock is one of only two Financials in the portfolio, with JPMorgan Chase being the other.

These buys will bring about $19 more annual income into the IBP, and our full BlackRock and UnitedHealth Group positions will combine to generate around 5% of the 35-stock portfolio’s projected $2,355 total income stream over the next year.

One look at the following Y-Chart shows why Simply Safe Dividends gives UnitedHealth Group (99) and BlackRock (98) such high safety scores on its 1-to-100 safety scale.

Over the years, each company has produced more than enough free cash flow to easily cover its dividend, and the same is true today. 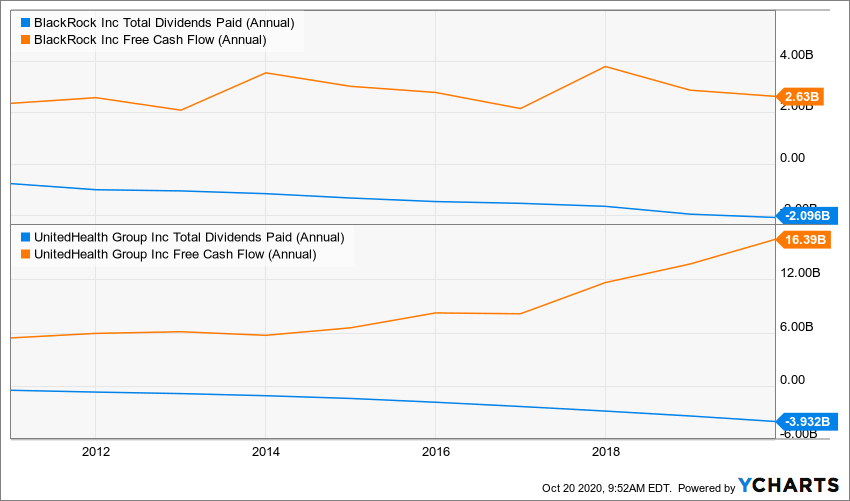 Both companies will make their next quarterly dividend payments in December.

Our 5.0136 BlackRock shares will bring $18.20 into the IBP, and the 9.7273 UNH shares will generate $12.16. Those distributions will be reinvested into the companies from whence they came, buying additional share fractions.

We do that with all the Income our holdings bring in, organically Building each position — and the overall Portfolio. We sure were clever when we chose the name for this project, weren’t we?

Analysts are bullish on both BLK and UNH, with the vast majority of those surveyed by Thomson Reuters giving Buy or Strong Buy recommendations.

Additionally, the consensus of the analysts surveyed by TipRanks results in each company being called a “Strong Buy.”

Value Line sees as much as 35% long-term appreciation ahead for BLK, which also gets attractive next-year price targets from Zacks and Credit Suisse.

While Zacks and Credit Suisse are not as high on UNH’s outlook for the next 12 months, Value Line has put the company in its model portfolio of “Stocks With Long-Term Price Growth Potential.” UNH also has an attractive 1.48 PEG ratio.

But if one believes that each company will grow its earnings as much as projected (as shown by the yellow highlights on the FAST Graphs images), the current price appears more reasonable. 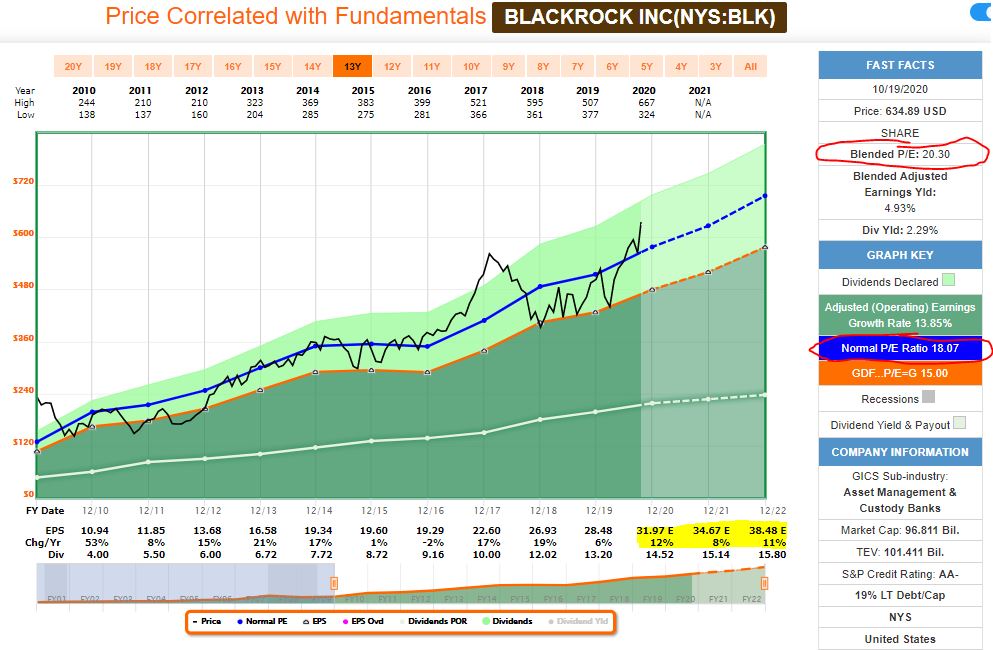 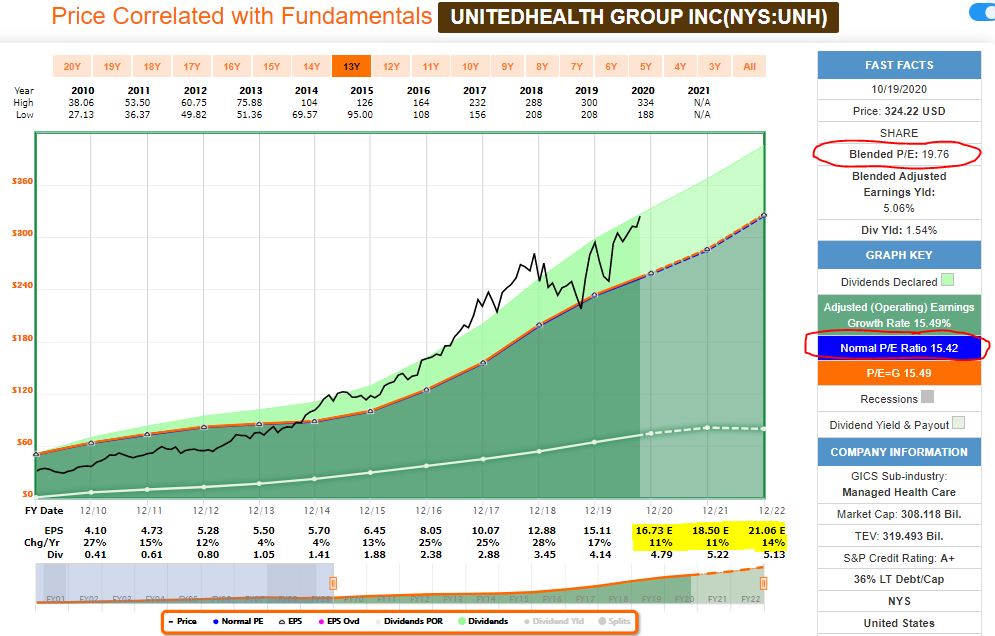 My next piece, in about two weeks, is expected to be about my Grand-Twins College Fund. That means this probably will be my last Income Builder Portfolio article until after the Nov. 3 election.

Will voters have chosen Joe Biden as America’s 46th president, or will Donald Trump get four more years?

Maybe the bigger question, given the unique characteristics of an election held during a global pandemic: Will we even know the winner at the end of Election Day? 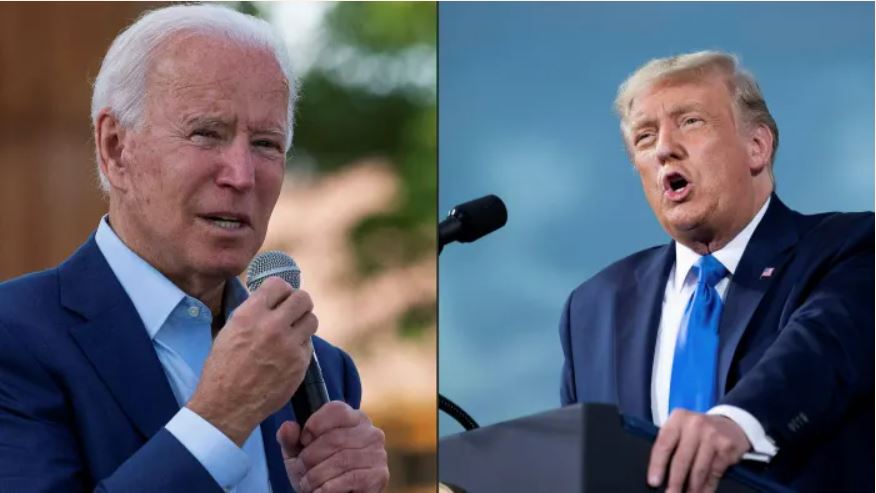 Some investors try to anticipate which person — or which party — will be better for the stock market, and they buy or sell accordingly. (The market generally has done better with a Democratic president, but that often has depended on the makeup of Congress and other factors.)

As an American, I of course care who the president is. As a long-term investor in mostly blue-chip, dividend-growing companies, however, the occupant of 1600 Pennsylvania Avenue does not factor into my decisions.

Presidents come and presidents go, but high-quality holdings appreciate in value over time, and a well-constructed income stream keeps rising.

I consider BlackRock and UnitedHealth Group two such holdings, and I’m confident they will perform well for the IBP through many presidential administrations.