Against all odds, the COVID-19 pandemic seemingly will not prevent the National Football League season from starting as scheduled, with the defending Super Bowl champion Kansas City Chiefs hosting the Houston Texans on Thursday night.

The Chiefs won the title last season because they had a great quarterback in Patrick Mahomes, to be sure, but also because they had fine role players throughout their lineup who did what they were supposed to do. 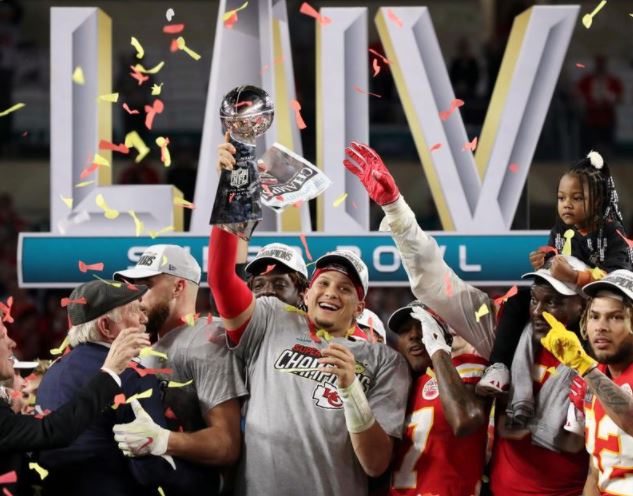 When building a stock portfolio, every company — and every sector — also has a role.

Technology stocks can put big points on the board quickly but often at higher risk.

Blue-chip consumer, industrial and health-care stocks usually are more consistent; though they make things look routine, they often end up being major reasons for a portfolio’s success.

And then there are utilities, long popular with income-oriented investors thanks to their reliable dividend payouts.

On Tuesday, Sept. 8, I beefed up our Income Builder Portfolio “team” by adding to existing positions in four regulated electric utilities.

In my previous article, I discussed many reasons why I decided to add to our stakes in these companies … and of course, the income they produce is near the top of the list.

This purchase added about $31 to the IBP’s expected annual income production (yellow area of the table below), while pushing the sector’s overall contribution to the portfolio’s income stream over the $350 mark (green area).

Together, utilities now make up about 16% of the IBP’s projected annual income stream.

All 35 positions, along with links to every article, can be seen on the Income Builder Portfolio home page — HERE.

Below, I show the top half of our IBP table, using yellow highlights to illustrate where these four utilities rank in income production; PNW, AVA and AEP are top-10 positions, and NEE ranks No. 15 while also providing superior capital gains. 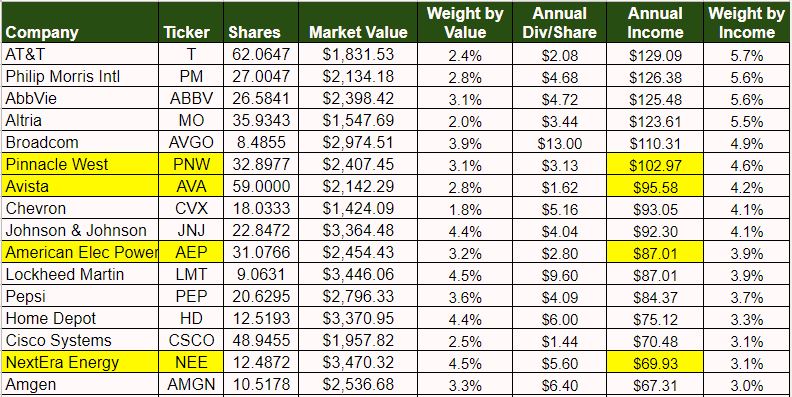 It’s nice to see one’s income-oriented stocks maintain their dividends, and it’s doubly wonderful when those divvies grow year after year after year.

Such has been the case with all four of these companies — which naturally makes them attractive for a project with “income” right in the name.

With its quarter-century-long streak, NextEra Energy is a Dividend Aristocrat, and the others have been growing their dividends annually for between 8 and 18 years.

Pinnacle West and American Electric are due to announce their next raises in October; NextEra and Avista usually declare their annual hikes in February.

Although NEE has a low 2% yield because of its rapid price appreciation, the company has given investors six straight years of 10%+ dividend increases. 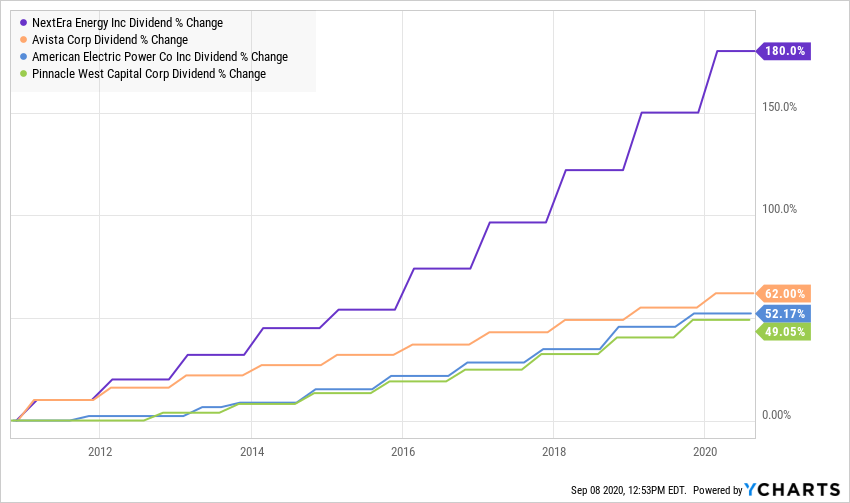 Rather than show a bunch of valuation-related graphics for each of these companies, I thought I’d use a table to present the highlights.

The green areas are the most favorable figures, and Pinnacle West Capital is the leader in many of those categories.

If Value Line proves right about AEP, 28% price appreciation over the next 18 months sounds great, and Value Line also believes AVA’s price has a lot of room to run.

Not surprisingly, given its strong price performance the past several years, NextEra looks overvalued almost across the board (as illustrated by the gold-tinted areas). Says Value Line analyst Paul Debbas:

This top-quality stock is expensively priced. The dividend yield is well below the utility average. … With the recent quotation within our 2023-2025 Target Price Range, total return potential is low.

But here’s what Debbas said in 2018 when we made NEE the very first utility purchased for the IBP at about $155/share:

At its current valuation, this issue doesn’t stand out among utilities for either its dividend yield or its 3- to 5-year total return potential.

And here’s what he said in May 2019, when we paid about $195/share to roughly double the size of our NEE position:

This high-quality stock has a high valuation for a utility. The dividend yield is below the industry average, and with the recent quotation well within our 2022-2024 Target Price Range, total return potential is low.

Some stars simply out-perform for extended periods … and as one of the IBP’s “Most Valuable Players,” NextEra Energy has been one such company.

Will it continue? Who knows? NEE really could pull back significantly, and it really could struggle to reach Value Line’s 3-5 year target range.

I own a decent-sized NEE position in my personal portfolio, and other than reinvesting dividends I haven’t added new money to it in a while.

In building a portfolio from the ground up through small, regular investments, however, I’m more willing to throw a little money at a superbly run operation like NextEra, regardless of valuation.

With these purchases, utilities now make up about 14% of the IBP, giving the sector the third-largest representation in the portfolio.

I don’t expect Pinnacle West, American Electric and Avista to be price-appreciation “superstars” like NextEra has been. Heck, I don’t even expect NEE to continue being a perennial MVP candidate.

What I do expect as the IBP’s “coach” is for each company to keep succeeding in its assigned role within this portfolio.

That means improving earnings once the pandemic is under control, being less volatile than our “growthier” investments, and keeping those dividends coming.

If they do those things, and I firmly believe they will, they will help this endeavor be a long-term winner.