At times, it must get frustrating to be a 1-year-old.

He can’t articulate his feelings except by screaming or smiling; she can’t go anyplace without her grownups; he constantly makes himself wet and smelly; she has to go to bed by 7 p.m.; he can’t enjoy tacos and beer. Meh!

When he giggles, big people act as if he’s just won the Oscar for best actor; every food is finger food; she has a chauffeur, a butler, a maid, groomers and people to dress her; practically every waking second is Play Time. Yay!

Oh, and when he and his twin brother celebrate Birthday No. 1, big people snap photos as if the boys are Lennon and McCartney. (Beatles? Really? OK, Boomer!) 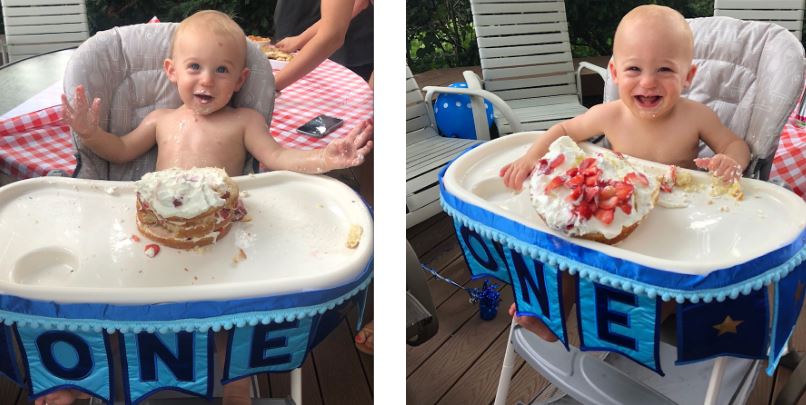 Those handsome young men pictured above are my grandsons, Logan and Jack — aka LoJack … and as you can see, they hit the Big O-N-E in August.

Although the party was a relatively small gathering due to the COVID-19 pandemic, we grownups still enjoyed watching them play with the wrapping paper while often ignoring their new toys.

They did get lots of cool stuff … and I like to think that years from now, they’ll be pretty happy about the cool cash they also received for the Grand-Twins College Fund.

In launching the GTCF a few months back, my wife and I committed to contributing $100 per month for the next 18 years. We seeded the fund with $1,200, which I invested in 14 stocks during June and July.

For their birthday, Logan and Jack received investable presents from their other grandparents, Linda and Mickey Lipkin, and from the boys’ Aunt Katie (my daughter) and Uncle Ben (her husband).

I decided to combine those generous gifts with our regular monthly donations, with the idea of splitting the $450 total between August and September.

The biggest buy for August was Microsoft (MSFT), which I selected partly because it’s one of the world’s best companies and partly because the boys’ Uncle Ben works as a softwear engineer for the technology giant. 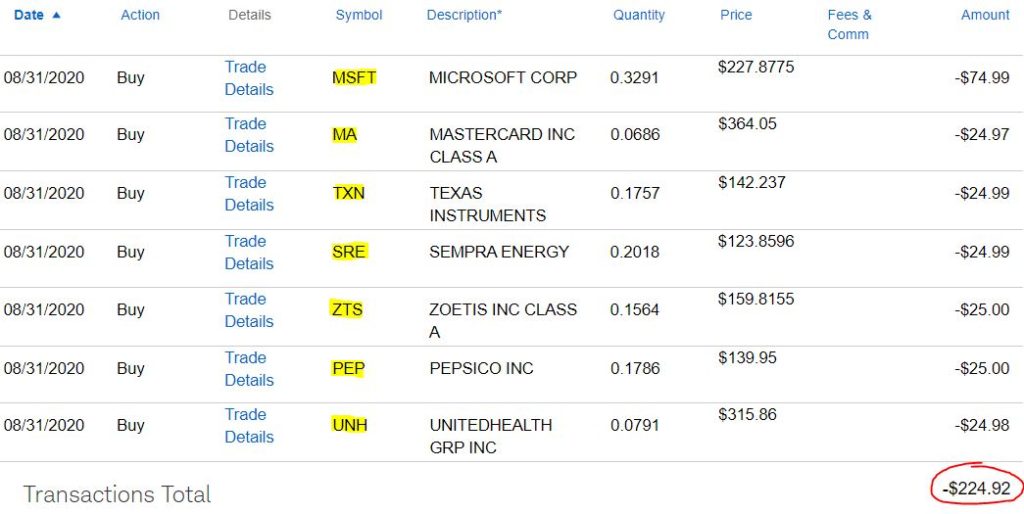 As was the case with most of the June and July buys, I used Schwab Stock Slices, which lets investors make small purchases of partial shares.

A better question would be: Why not?

Thanks to its bullish run ever since visionary Satya Nadella was promoted to CEO in February 2014, Microsoft has grown to become the largest position in my personal portfolio … so of course I want my grand-twins to benefit, too. 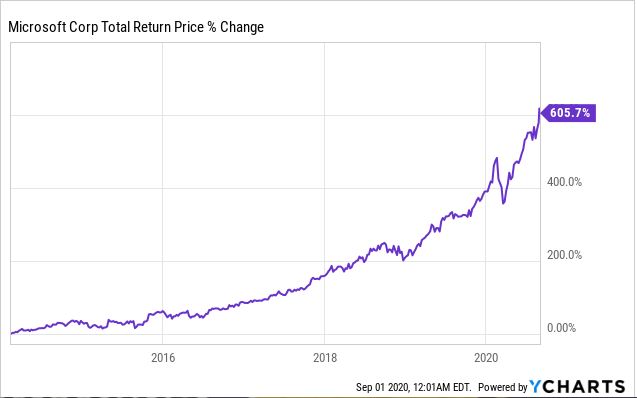 The $1.7 trillion software, devices and cloud-services corporation also has been one of the best performers in the other public project I have going, DTA’s Income Builder Portfolio; I have chosen it three times for the IBP, most recently in May.

Lately, Microsoft has become a big part of the drama surrounding TikTok, the social media platform that has become immensely popular with younger people worldwide.

Donald Trump is pressuring Beijing-based ByteDance to sell its U.S. TikTok operations due to what he claims are security concerns, and Microsoft is bidding against Oracle (ORCL) and others to buy it.

I’m not privy to enough financial information to know how good TikTok would be for Microsoft’s bottom line, but I long ago reached the point where I say: If Satya Nadella is for it, so am I.

Regardless of whether or not Jack and Logan are one day making videos on MicroTikTok, I’m glad that MSFT will have a role in paying for their college education. 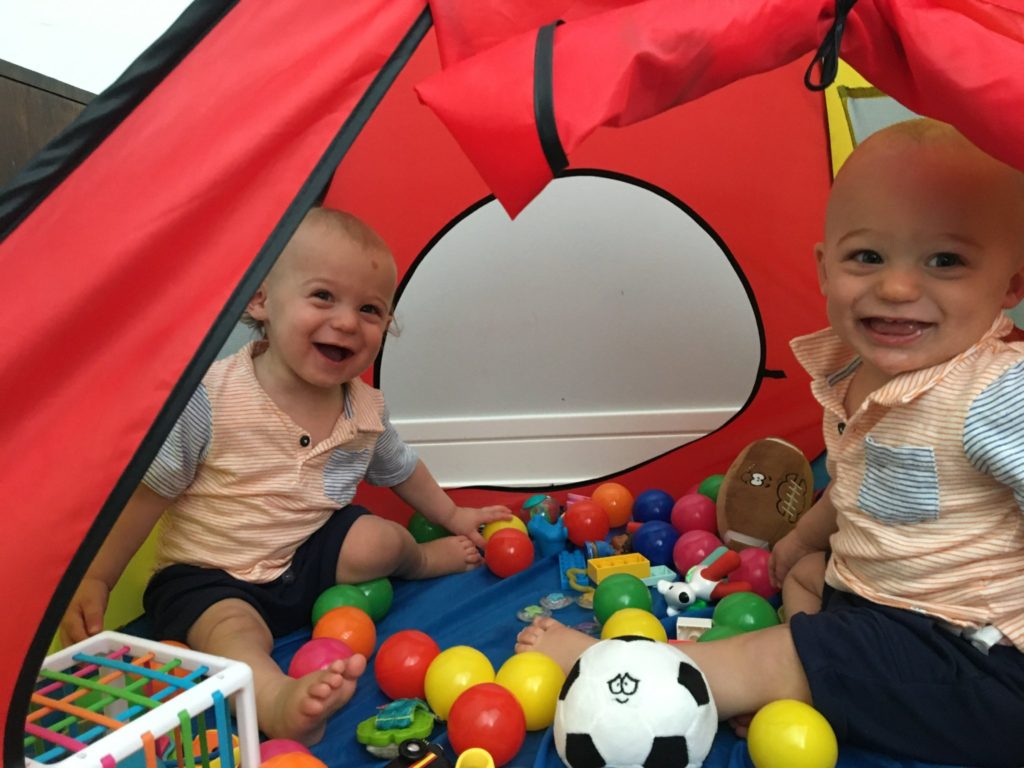 For Zoetis, it was the animal pharmaceutical company’s 30th consecutive quarter (dating back to 2013) without an earnings miss. 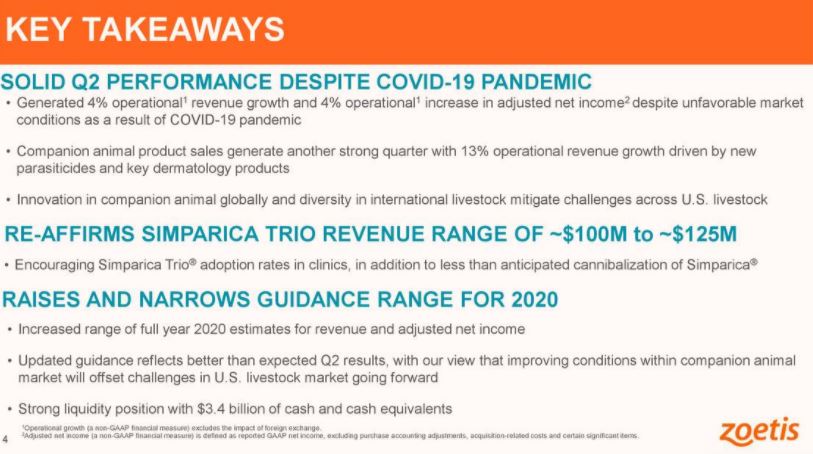 We love our pets and we apparently have been taking good care of them during the pandemic, because the Companion Animals segment had an especially strong quarter. ZTS also raised its full-year guidance, always a bullish sign.

The rest of the positions I added to in August — Mastercard, Texas Instruments, UnitedHealth Group and Pepsi — each has performed superbly since being added to the GTCF.

Indeed, the portfolio’s only “losing” position through August was Microsoft … which I bought on the month’s very last day.

The above table, along with links to every article about the portfolio, can be viewed on the GTCF home page.

As you can see, there has been absolutely no slowdown for Amazon, which has helped the portfolio experience nearly 10% total return in less than 3 months’ time.

A Little Income, Too

To date, the GTCF has received and reinvested dividends from five companies. 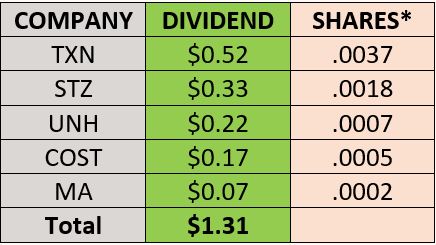 Yes, adding 2/10,000th of a share of Mastercard is quaint, but we aren’t even out of the top of the first inning of the GTCF ballgame.

Although I call this a “growth-and-income” portfolio, it’s far more “growthy” than “incomey.”

Part of that is because of the stocks I have selected — most have sub-2% yields, and three pay no dividends at all.

And part of it is because the positions are so small right now that even the most reliable dividend payers and higher yielders can’t produce much income yet.

At present, the portfolio is expected to generate only about $22 in annual income. But as share counts rise, that figure will continue to grow and grow … just like LoJack will grow and grow!

Before we know it, Roberta and I will be sitting on their laps! 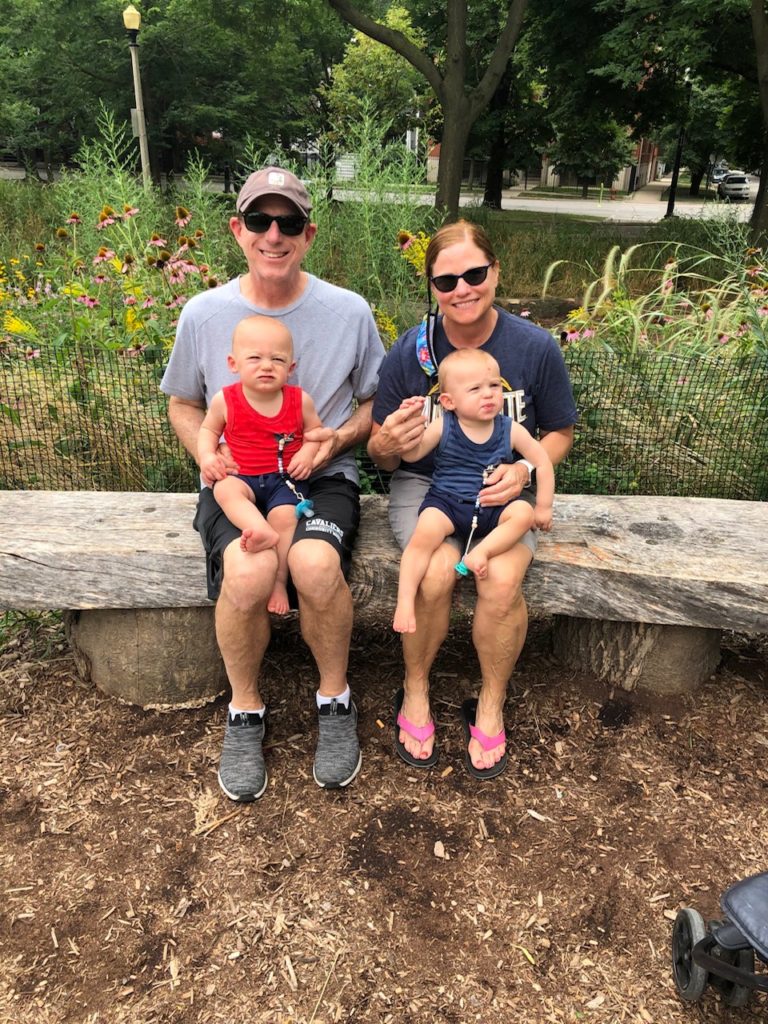 I now have put about $100 into all but three of the GTCF’s positions: Microsoft, McDonald’s (MCD) and Constellation Brands (STZ).

Spoiler alert: I’ll be investing at least $25 into each of those as part of September’s $225 contribution. I haven’t decided yet if I will add another new component or will simply choose to build up some of the GTCF’s 15 holdings.

Even though this is a serious, real-money endeavor, I nonetheless remind fellow investors that its mission is not to get anybody to replicate this portfolio.

We’re making this available here to talk about concepts and to present interesting candidates for further research, and we strongly recommend that investors conduct thorough due diligence before buying any stock.