My watch list of stocks is always ready, and I have a bevy of financial data at my fingertips … and yet, every once in awhile, choosing our next Income Builder Portfolio investment seems excruciatingly difficult.

This was one of those times, and the reasons are many.

Elevated by the outsized performance of a few dozen technology and consumer companies, the overall market is either a little expensive, quite pricey or extremely overvalued, depending upon which source one believes.

Based on four data points it uses, Advisor Perspectives considered the market to be anywhere from 74% to 137% overvalued at the end of June.

And in the weeks since, the market inexplicably has pushed past the post-coronavirus-crash recovery high despite bad news outweighing good news.

It’s never fun to buy Company XYZ on a Monday only to see it have a poor earnings report the following Thursday.

For example, after Wells Fargo (WFC) had a disappointing report on July 14, the price plunged 6% at the open. (We used to own WFC in the IBP but sold it two months ago.)

That’s why I prefer not to buy companies with imminent earnings announcements … and most of the stocks on my watch list are scheduled to report within the next week or three.

With the COVID-19 pandemic worsening in the United States, just about everything comes into question now.

It makes me even more certain I want to see an earnings report before buying … and even then, many companies are not issuing full-year guidance.

My bosses at Daily Trade Alert allocate $1,000 twice a month for my IBP selections.

And though I’m willing to do a little speculating with their money, the emphasis is on “little” — and that’s in more normal times.

In these crazy days — filled with a global pandemic, racial tensions, election-year posturing, etc. — I’m trying to stick with companies that I know well, that I have vetted thoroughly, and that have solid “quality metrics.”

And so, after all that, I decided to divide the $1,000 this time between three companies we already own in the Income Builder Portfolio.

During the first two weeks of July, each company had an earnings presentation in which it handily beat estimates.

Each also is an industry leader with competitive economic advantages over most peers (aka, “wide moat”).

Here are the companies’ “quality metrics”:

Although it will be our third buy of each stock, the most recent purchases of JPMorgan Chase and Constellation were of relatively few shares — we bought them with funds received from our May sell of Disney (DIS).

Our two Pepsi purchases were of the full $1,000 amount, with both coming back in 2018. Read about them HERE and HERE.

I’ve been trying to build up our smaller positions — hence my recent choices of Constellation and JPMorgan.

So I’ve been looking for opportunities to add to McCormick (MKC) and McDonald’s (MCD), but it hasn’t happened for various reasons.

With a 91% total return since we bought it in May 2018, spice-maker McCormick has been one of the Income Builder Portfolio’s stars — but it has become almost dangerously overvalued. 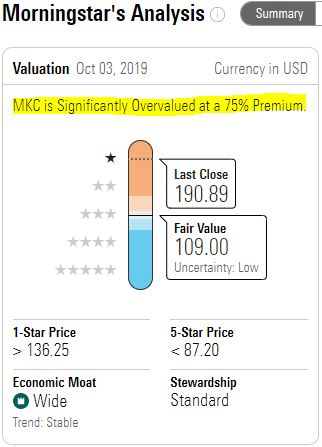 I simply can’t get myself to pay 35 times forward earnings for a consumer staples company that is only expected to grow earnings by an average of 5% over the next five years.

Indeed, I have been tempted to sell MKC several times in the last few months and allocate the funds into better-valued stocks. I keep hanging on, and it keeps going up … but for how long?

McDonald’s has done well for us, too — with a market-beating 21% total return since we bought it in September 2018.

With a forward P/E of 33, however, MCD also is expensive. In addition, it is reporting earnings next week.

I love that Pepsi is so much more than a sugary soda company, one that actually makes more money from snacks such as Fritos and Doritos than it does from Pepsi, Mountain Dew and the like. It also has a huge worldwide presence. 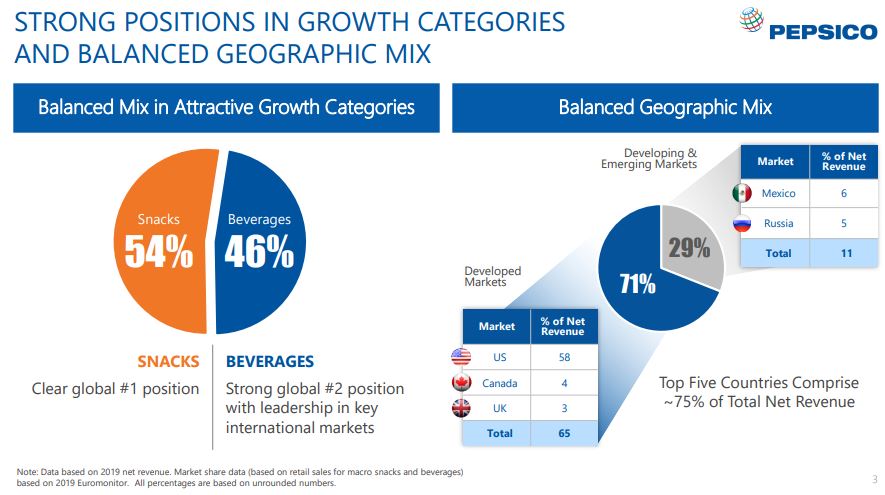 Its leading market was its Asia Pacific, Australia, New Zealand and China unit, where sales were up 10%. 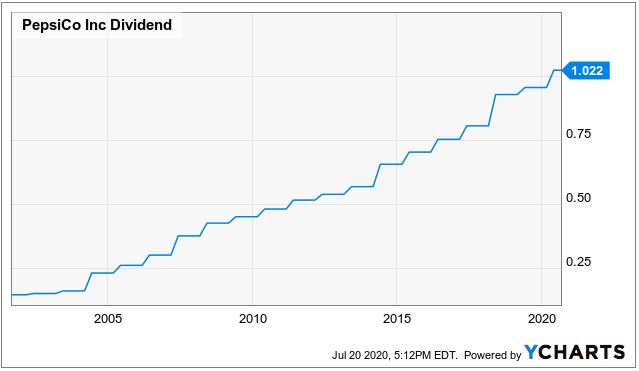 As has been the case for all banks during the pandemic, the April-June quarter was a difficult one for JPMorgan Chase.

Nevertheless, JPM crushed estimates and has been able to remain profitable despite these recent pressures, causing Morningstar to say: As we’ve long pointed out, JPMorgan remains arguably one of the strongest and highest quality franchises under our coverage, and this showed in second quarter results.

Since the Great Recession, JPM consistently grew earnings at a double-digit rate. And after this 2020 decline, it is expected to make a big recovery as long as the pandemic doesn’t go on for years. 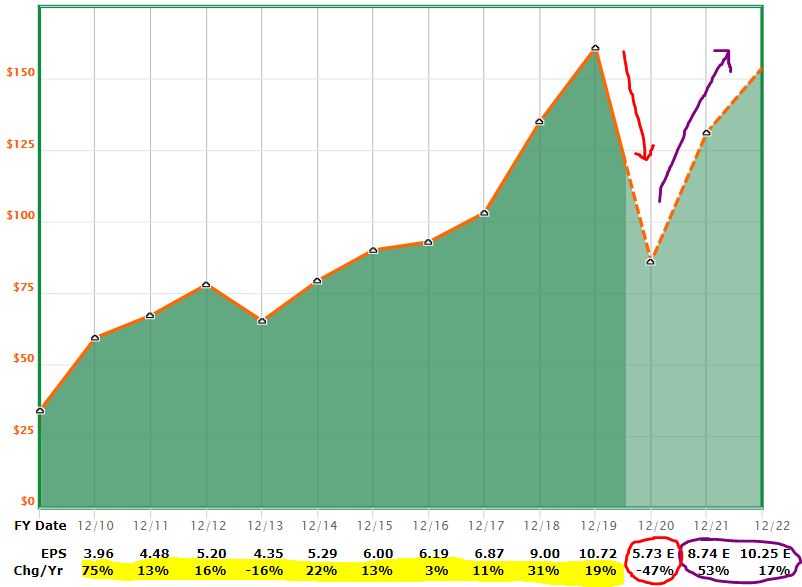 After more than doubling its dividend for several years, JPMorgan is wisely maintaining the payout at its current rate until the pandemic ends.

Signs point to the company not having to cut the divvy, but I am concerned just enough about the possibility to take my time building the IBP’s position.

Although alcohol sales were down due to bars being closed across the country, Constellation beat estimates in its most recent quarter by growing both gross margin and operating margin.

STZ became leaner and more efficient by selling some of its wine businesses to other companies, and it was able to maintain its dividend.

Constellation has a half-dozen of the top-selling beer brands in the United States, including Corona and Modelo, as well as significant wine and liquor names. 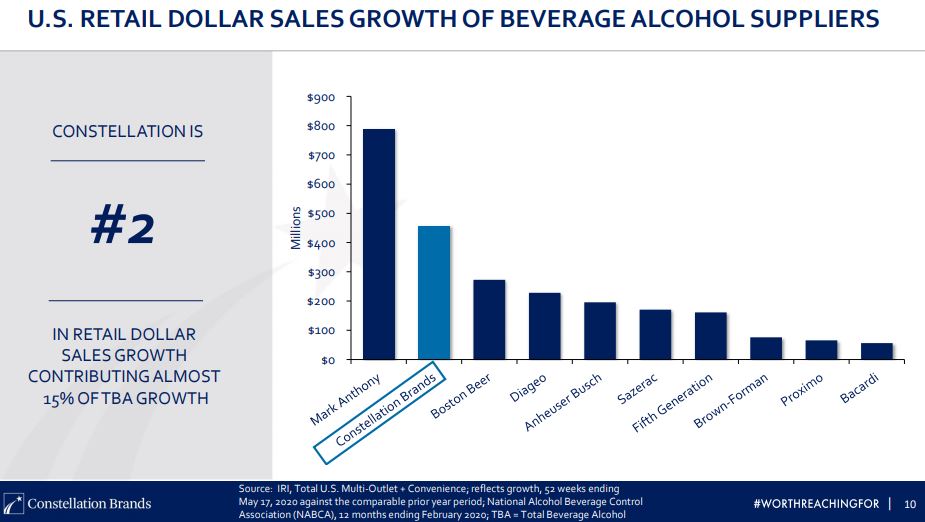 Of the Income Builder Portfolio’s 33 holdings, I consider STZ our most speculative position.

It’s our only company with a Simply Safe Dividends score lower than 50, and it’s one of only a few with a Standard & Poors credit rating lower than BBB+.

Still, I feel it has a very good upside — in part because it has made a major investment in Canopy Growth (CFC), a Canadian cannabis company. 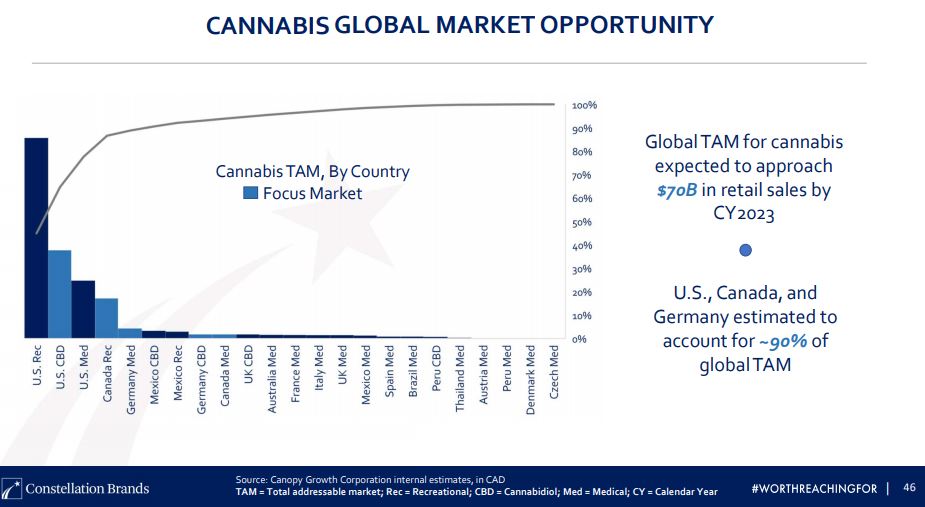 Value Line, among others, agrees about Constellation’s potential, saying the company’s price could just about double within the next 3-5 years.

So we are adding to our positions in Pepsi, a stalwart of many Dividend Growth Investing portfolios (including the IBP) … JPMorgan Chase, the créme de la créme of U.S. banks … and Constellation Brands, a bit of a spec play that nonetheless has a great worldwide presence.

Given the challenges I faced in my selection this time, I like this mix of stocks.

I will present valuation-related data, more dividend facts and other information in my post-buy article, which is scheduled to be published on Wednesday, July 22.