A little more than two years ago, when writing about a stock selection for our Income Builder Portfolio, I was discussing America’s relationship with North Korea.

They even held two much-hyped meetings, during which Kim made Trump all kinds of de-nuclearization promises. 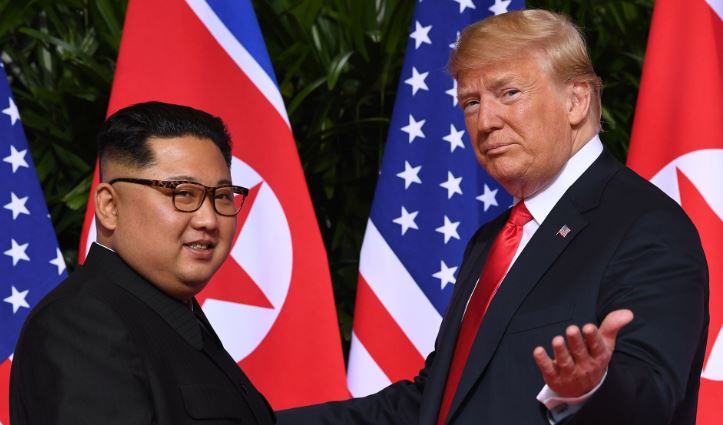 Kim and Trump meet in Singapore in June 2018 (AFP Photo)

Of course, Kim was merely playing Trump; after getting to appear on the world stage as an equal to the U.S. president, Kim has broken all of his promises.

Not only that, but Kim’s vice foreign minister recently said North Korea will neither change its policy nor negotiate again with Trump.

Normally, this would be big news, but “normal” left the barn and slammed the door behind it many months ago.

I mean, when some folks look at that photo today, their first thought will be: “Jeesh, shouldn’t those two be wearing masks and social-distancing?”

In the here and now, the global COVID-19 pandemic rages on, and the United States has become the epicenter.

Coronavirus-related hospitalizations are rising again (see graph above); the percentage of positive tests has increased in three dozen states; there are concerns about ICU-bed shortages in several major cities; and governors in southern and southwestern states that had re-opened their economies have had to shut things back down.

So really, the notion of two immature world “leaders” threatening to bomb each other into oblivion seems almost quaint in comparison.

Investing With A Bang & A Boom

So why did I take that trip down memory lane?

Well, I again have decided the IBP should buy shares of weapons-maker Lockheed Martin (LMT).

Later today, when I execute a purchase order on Daily Trade Alert’s behalf for about $1,000 worth of LMT, it will be the third time the portfolio bought shares of the company that Morningstar considers “the highest-quality defense prime contractor.”

My basic bullish thesis for the stock is the same as when I last selected it:

Weapons of mass destruction never really go out of style, and LMT is as good as it gets at delivering them.

There are ebbs and flows, just as with any industry, and some of those are based on politics. But America and its allies must have the means to defend themselves against enemies, and to wage war if deemed necessary.

When it comes to what I call “quality metrics,” Lockheed Martin shows very well.

Furthermore — and importantly — the company has performed consistently well regardless of whatever is going on in the world around it.

The following FAST Graphs image shows how steadily (and sometimes spectacularly) LMT has been able to grow earnings per share so far this century: 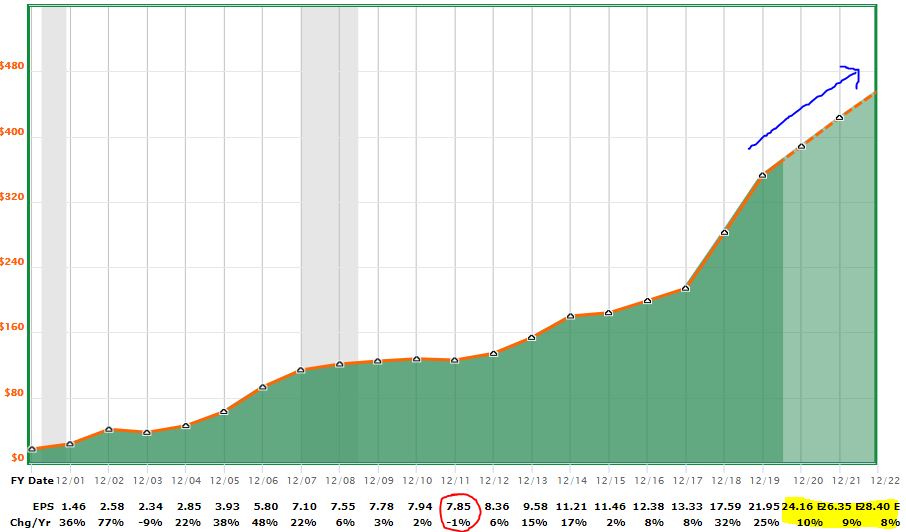 Lockheed’s earnings suffered only one tiny year-over-year decline during that stretch (as circled in red), and its EPS has tripled over the last decade.

The yellow highlight and blue arrow indicate that earnings are expected to continue growing nicely, despite the pandemic and its after-effects.

During its first-quarter 2020 earnings call, LMT lowered its full-year outlook only slightly, and only in its Aeronautics segment. 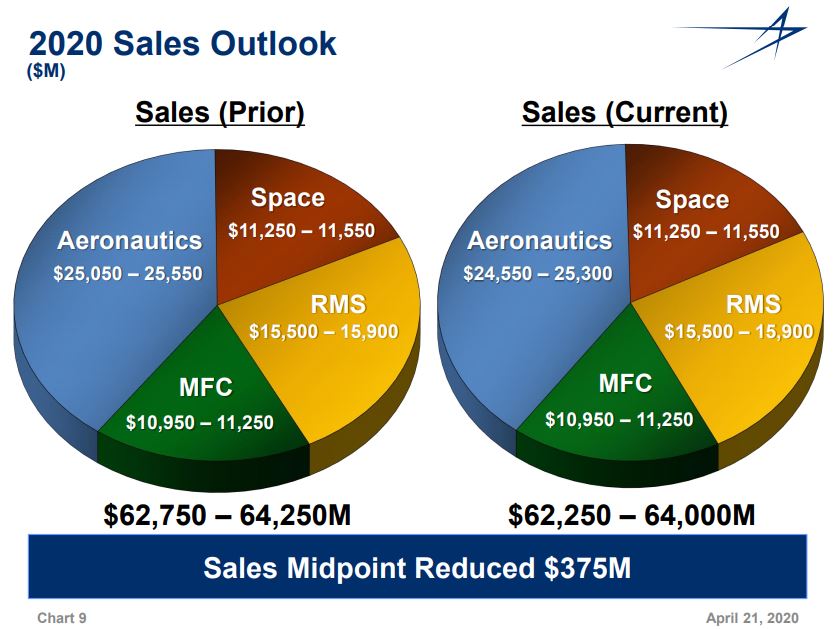 Given all of the above — and all that I have written about Lockheed since the Income Builder Portfolio debuted — it should not surprise many to see how appealing the company’s financial picture looks. (All data below via Simply Safe Dividends.) 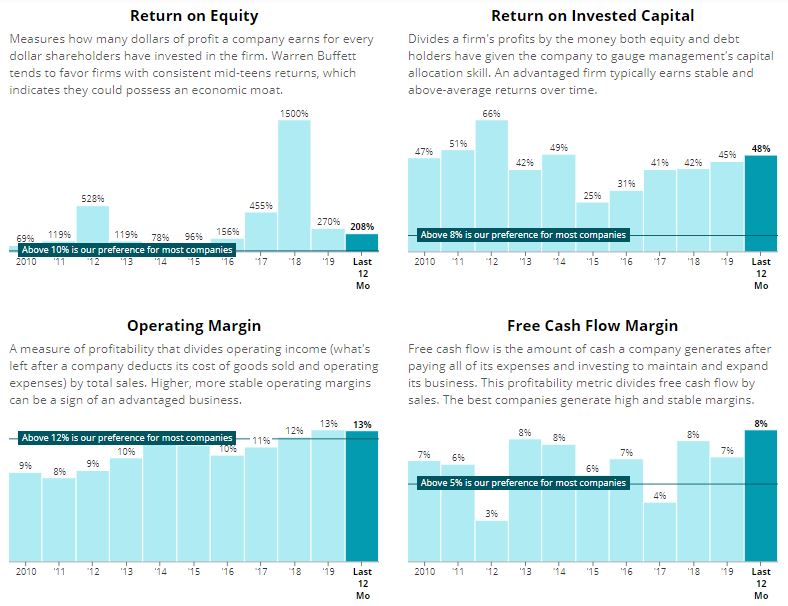 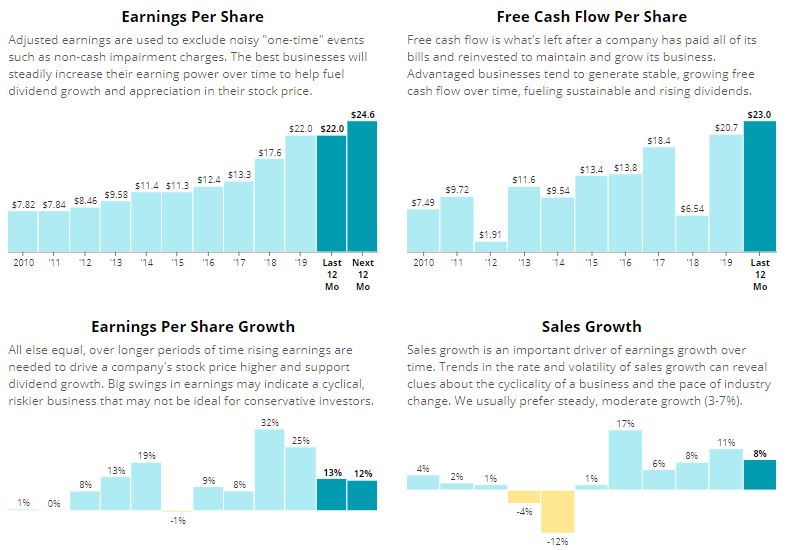 As largely a Dividend Growth Investing endeavor, the IBP’s primary mission is to create a reliable, growing income stream … and Lockheed Martin certainly has played its part.

Considering its history, that was to be expected. LMT, which yields 2.65%, has been growing its distribution every year since 2003. 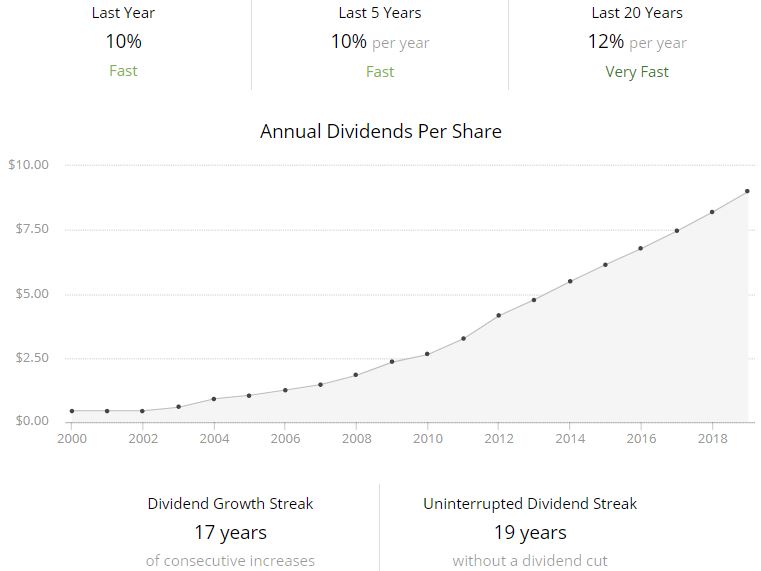 Simply Safe Dividends has raised LMT’s score within the “Very Safe” range since we last bought it, from 81 to 84.

I will wait to get into valuation until my post-buy article, which is scheduled to be published on Wednesday, July 8.

Nevertheless, I will say that I felt comfortable enough with LMT’s “buyability” not only to have selected it again for the Income Builder Portfolio but also to have topped off my own position within my Roth IRA.

In addition, I chose LMT as one of the first investments for my new, real-money, “growth and income” Grand-Twins College Fund here on DTA.

Whether it’s in more “normal” times (such as when two braggarts are blowing off steam by threatening to wipe each others’ countries off the face of the earth), or in these more complicated times (when a global pandemic is threatening our economic and psychological well-being), it is reassuring that Lockheed Martin keeps delivering for its shareholders.