For the first 26 months that I managed DTA’s Income Builder Portfolio, I executed exactly one stock sale.

That led a reader to ask the following question:

Have the Daily Trade Alert owners spoken to you about the sells in the account? Just wondering if they were concerned that this is a change from the basic “Buy & Hold” that was practiced until the past week or so.

Interesting you mention that, as I got this email from my boss less than a half-hour after the DIS sell went through: “Hey Mike, just saw that you sold Disney. You’re doing a great job managing the IBP. DIS is a stock I can get emotionally attached to … but it makes it easier to part ways after a dividend suspension.”

Right in the portfolio’s Business Plan, I said selling would be “rare,” while listing several reasons I might sell. WFC and DIS certainly fit the criteria. Four easily justifiable sells in 2 1/2 years … I don’t see that as being “sell-happy.”

In my previous article, I wrote about the Wells Fargo decision, and here are the details of our Disney sell:

As you can see, DIS was divested in three transactions a few nanoseconds apart, bringing in $2,324.55.

That 16.3% total return compared favorably to 12.2% for the overall market, had we bought the S&P 500 Index the same days we purchased DIS.

So if Disney performed well for the portfolio, why did I dump it?

Disney’s business model has not necessarily changed, but few major corporations have been as adversely affected by the COVID-19 pandemic.

Theme parks were shuttered all around the world; movie theaters were closed; professional and college sports leagues were sidelined, pulling the plug on ESPN’s live programming; movie and TV productions were postponed indefinitely; cruise ships were docked; and so on and so on.

During the second quarter of 2020, Disney showed a 90% decline in profits. Ninety-percent!

Disney has been a wonderful company and no doubt will be successful again eventually.

However, the comeback will be very difficult and take a long time.

For example, Business Insider published 22 photos that gave a stunning look at the difference between what Disney Shanghai looked like on opening day in 2016 and then after the park re-opened on May 11, 2020, after being closed for 3+ months due to the pandemic.

Here is one set of photos from the article: 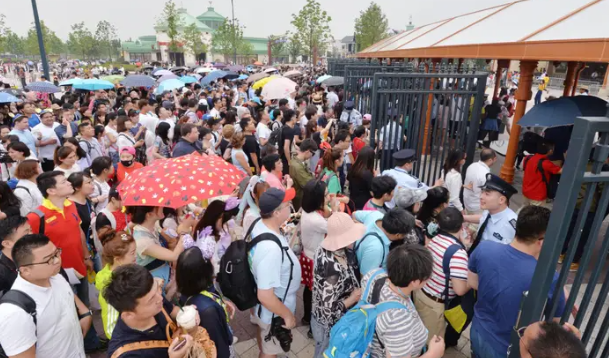 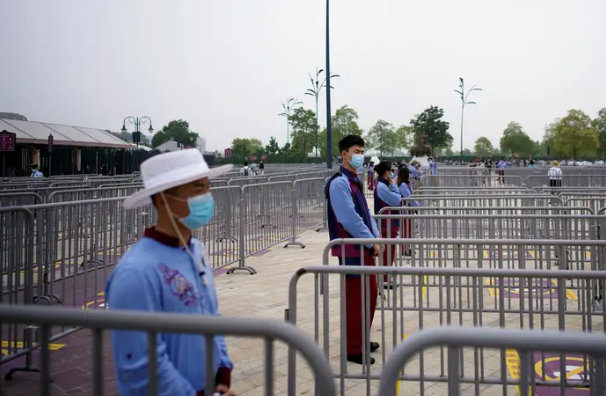 So while all of these difficulties might not add up to there having been “fundamental changes to its business model or viability” long-term, they certainly will be a drag both short-term and medium-term on Disney’s bottom line.

As for the dividend … 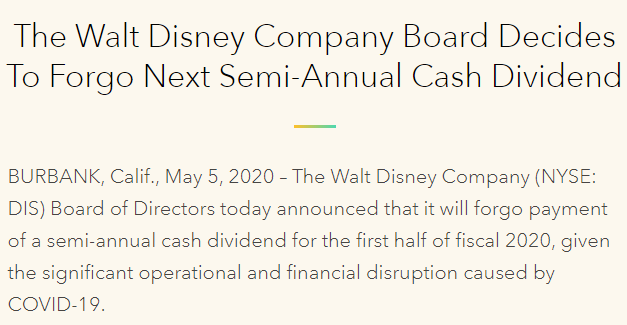 The Business Plan does not require me to sell a company that terminates its payout to shareholders, but the IBP is largely a Dividend Growth Investing portfolio, and it definitely was a factor in my decision.

I decided to divide the proceeds of the sale between five of the IBP’s smallest positions by market value. 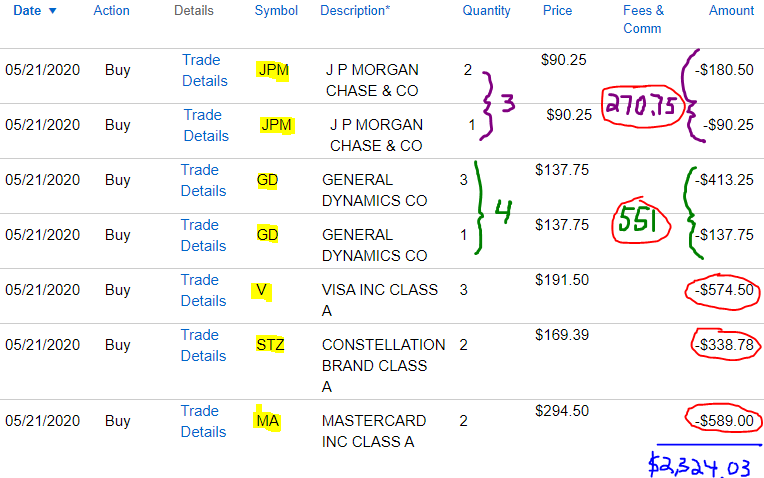 I put the most money into Mastercard and Visa, even though they are considered quite overvalued, because I regard their business models as borderline bullet-proof.

Both have appreciated greatly since we first bought them last month, with Mastercard enjoying a narrow 19% to 18% edge in total return in their little “contest” within the Income Builder Portfolio.

The next largest chunk of the Disney-sale cash went to defense company General Dynamics, another recent acquisition.

My DTA colleague, Dave Van Knapp, agrees with me that GD is a high-quality, attractively valued company.

I made smaller add-ons to Constellation Brands and JPMorgan Chase because I believe they carry more risk than GD, V and MA.

Constellation has struggled some since we first purchased the booze and marijuana purveyor on Sept. 11, 2018, with a total return of minus-18%.

I nonetheless like STZ’s future prospects, and Morningstar analyst Nicholas Johnson believes its stock is “dirt cheap” and “too good to pass up.”

JPMorgan, the bank that we first bought on Sept. 24, 2019, has been weighed down by the pandemic as borrowers default on loans.

However, Odeon analyst Dick Bove says JPM is well-positioned to capitalize on government programs designed to lift businesses, and he believes the stock is worth acquiring as a speculative investment.

All five of these wide-moat companies score quite well in my “quality metrics” — Visa, Mastercard and General Dynamics especially so.

Even before its dividend suspension, Disney was a relative low-yielder; at an estimated $34 annually, it was not expected to be a big-time contributor to the IBP’s income stream.

The add-on shares of the businesses we bought with the Disney dough should combine to generate about $41 in dividends over the next year.

As the last column of the above table shows, four of the companies have been growing their dividends very aggressively in recent years.

Although I don’t think Disney is done being an outstanding company, its prospects are not very good for the foreseeable future due to its unique exposure to the coronavirus crisis.

Add in the elimination of the dividend, and it made taking a profit and re-allocating the funds elsewhere seem like a logical move. (Disclosure: I also sold DIS from my personal portfolio on the same day and at the same price.)

In addition, I had been looking for opportunities to beef up the IBP’s smaller positions.

I feel good about the overall quality of our 31-position portfolio, and I believe our income stream is now stronger than ever.

As always, investors are urged to conduct their own due diligence before buying or selling any stocks.