Back in 1996, Warren Buffett famously said, “Diversification is a protection against ignorance,” adding that it was “crazy” and “madness” for an investor to own too many stocks.

Speaking at that year’s Berkshire Hathaway (BRK.B) shareholder meeting, Buffett, the company’s CEO and arguably the most famous investor ever, went on to say:

If you know how to analyze businesses and value businesses, it’s crazy to own 50 stocks or 40 stocks or 30 stocks, probably, because there aren’t that many wonderful businesses that are understandable to a single human being, in all likelihood.

And to have some super-wonderful business and then put money in number 30 or 35 on your list of attractiveness and forego putting more money into number one, just strikes … me as madness.

It’s an interesting take for a guy whose business owns more than 50 companies within a very diversified portfolio (see it HERE in DTA’s Buffett Tracker), but I do think I get what he means.

For an ordinary investor who doesn’t have a team of analysts working with him or her, owning too many companies — especially similar businesses in the same industry — could make it difficult to keep up with everything she or he owns.

Some call such portfolio overload “di-worse-ification,” and they say folks who want to own dozens and dozens of stocks might be better off owning an index fund.

The Income Builder Portfolio, the real-money Dividend Growth Investing endeavor I have overseen for Daily Trade Alert since January 2018, has stakes in 30 companies.

My first IBP Business Plan included a 50-stock limit, but my most recent update said this:

While acknowledging that it is easier to manage a portfolio that doesn’t get too large in scope, there is no requirement that the IBP hold only a certain number of stocks.

In an attached note, I explained the change:

Generally, I still believe a more concentrated portfolio will benefit most DGI practitioners. However, one mission of the IBP project is to present interesting investment candidates for further research, and I decided that an arbitrary maximum might restrict my efforts in that regard.

Remember, we absolutely are not suggesting that fellow investors replicate the Income Builder Portfolio.

It is with all that in mind that I present my next selection: General Dynamics (GD), one of the world’s leading defense and aerospace companies. 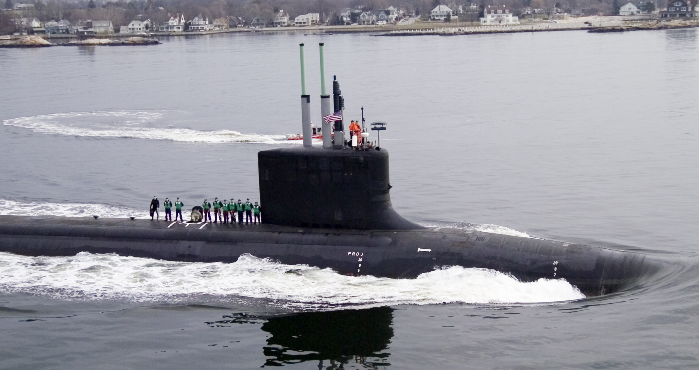 I started this article with the diversification spiel because the IBP already owns a position in another major  defense corporation, Lockheed Martin (LMT); we bought shares in May 2018 and again a year later.

If I wanted the portfolio to have additional shares of an outstanding defense company, why not simply get more LMT? It’s a fair question, and I have a 2-part answer:

Although I will go into valuation more thoroughly in my post-buy article, which is scheduled to be published tomorrow (Wednesday, April 8), here is a snapshot from Morningstar Investment Research Center:

As you can see, Morningstar’s analysts believe GD to be significantly more undervalued than LMT.

My DTA colleague Dave Van Knapp also recently put General Dynamic into his “Valuation Zone,” and the company has become an even better value since.

Valuation matters … but it’s even more important to me that GD — like Lockheed Martin — is a high-quality operation.

GD had a superb year in 2019, with solid growth in revenue and earnings, and an impressive 27.2% return on equity. 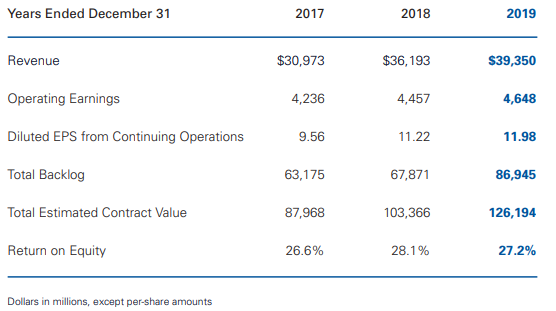 Management had guided for still more impressive growth in 2020 … but then the coronavirus pandemic swept across the planet, bringing about big question marks for most companies.

About one-fourth of GD’s revenue comes from its Gulfstream commercial jet business, and it’s quite likely that many cash-strapped corporations will put off buying such luxury items.

So the Aerospace segment could feel the pinch until well after the COVID-19 crisis has passed.

However, about three-quarters of the revenue comes from defense products spread over four divisions — Combat Systems, Information Technology, Mission Systems and Marine Systems — and it’s doubtful that there will be any reduction in spending in that realm. 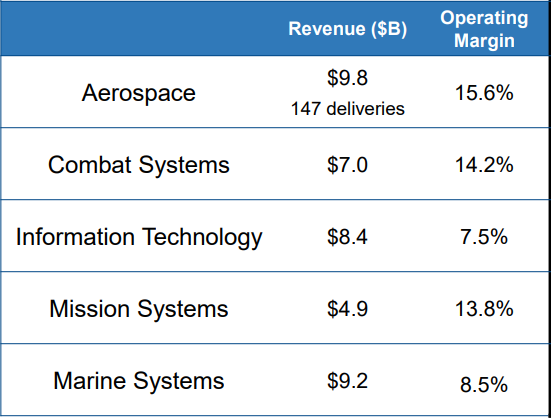 General Dynamics has a higher dividend yield (3.3%) than Lockheed Martin (2.6%).

Having grown its payout for 28 consecutive years, GD is a Dividend Aristocrat, and the company recently announced a 7.8% increase. (LMT has a 17-year streak.)

The following graphic from Simply Safe Dividends is exactly the kind of thing any DGI proponent likes seeing when he or she shops for a stock: 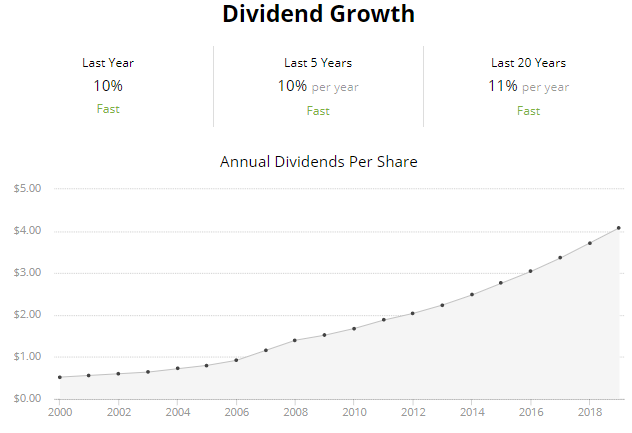 For another DTA take on GD’s dividend (and other information), check out Jason Fieber’s analysis HERE.

Defense companies serve at the whim of the politicians who fund the U.S. government, so if a more dovish presidential administration and/or Congress get elected this year, there could be reductions in military spending.

No politician likes being called “weak,” however, and America has to be ready to defend its interests, which is one reason I like owning these stocks.

It is important to realize that defense stocks can have severe price swoons if the overall economy struggles, which is exactly what happened to GD during the Great Recession. 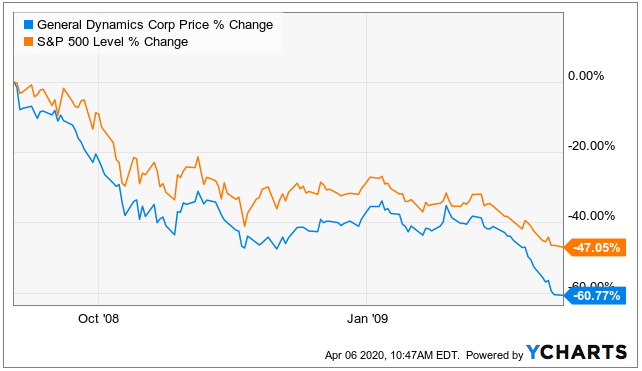 Still, as the following FAST Graphs illustration shows, during the last two recessions, General Dynamics did not suffer a material decline in earnings (yellow highlights); and it kept right on raising its dividend (red circles). 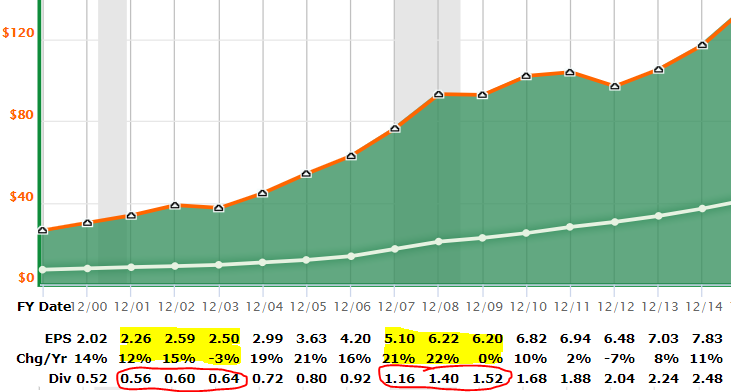 Yes, I could have diversified more by picking a company from an industry that is not currently represented in the Income Builder Portfolio.

Or I could have not risked di-worse-ification by selecting Lockheed Martin again.

Still, I don’t believe adding General Dynamics to the IBP means I’ve gone crazy or mad — no matter what Warren Buffett might think.