In putting together the Income Builder Portfolio, I have looked to diversify across different sectors, industries, market caps and dividend yields.

The latter factor matters because we use Dividend Growth Investing as our main strategy, and it’s always tempting to load up on blue-chip companies that offer relatively high yields.

So I felt I had to wait awhile to add to the AT&T (T) stake we acquired back in July 2018, because otherwise it would have been our biggest income producer by a mile.

The wait ended Tuesday, Feb. 18, when I executed a purchase order on Daily Trade Alert’s behalf for 26 more shares of AT&T at $38.25 apiece. 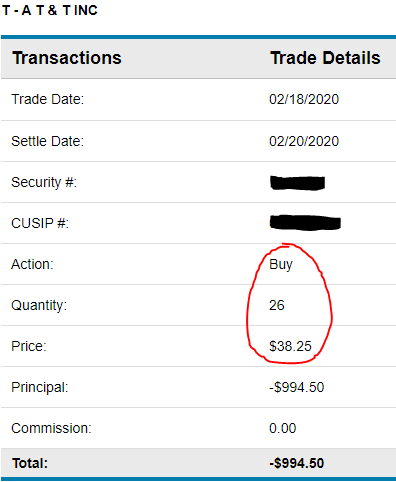 But because T pays such a robust dividend, the buy catapulted it to the top of the IBP’s income-production heap. The nearly $125 that T is projected to bring in annually represents 7.5% of the portfolio’s total, $1,666.

The IBP owns 31 companies, and here are our top 10 income producers:

Since we launched this project 25 months ago, I also have selected many lower-yielding companies for the IBP.

That’s because I believe the portfolio needs plenty of “growthier” names from sectors like technology.

One nice thing about including a few higher yielders, however, is they boost a DGI portfolio’s income without requiring as large investments.

The old “more bang for the buck” deal.

Although I discussed several reasons one might be interested in AT&T in my previous article, the generous dividend obviously ranks way up there.

The company has a 36-year streak of dividend growth, but it has been raising its payout only 2% annually for more than a decade now.

Then, come early August, the new share total of about 60.8 will bring in a dividend of $31.62. That, in turn, will be reinvested … and, well, you can see how T’s income stream grows and grows. 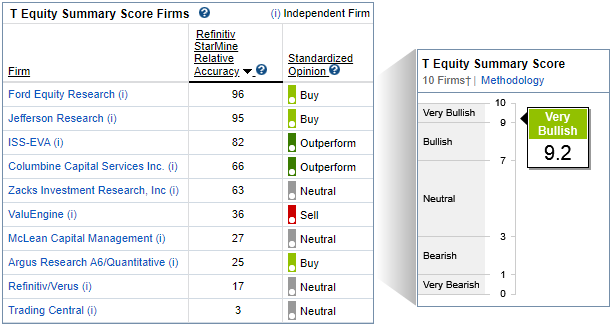 While the 10 analysts Fidelity cites (above) are bullish on T, half of the 30 surveyed by Thomson Reuters (below) are calling the company a “Hold.”

Among those who think AT&T shares will see price appreciation during the next year or so: Ford Equity Research, Columbine Capital, CFRA, Schwab and Argus. 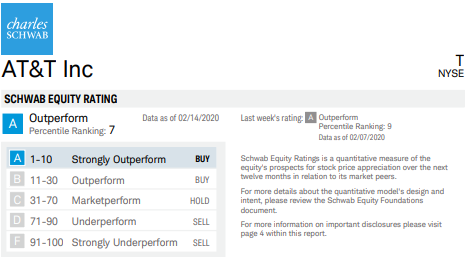 Value Line, which thinks highly enough of AT&T to include the company in two of its four model portfolios, projects 3-5 year price appreciation of about 30% to 60% (blue-circled area). 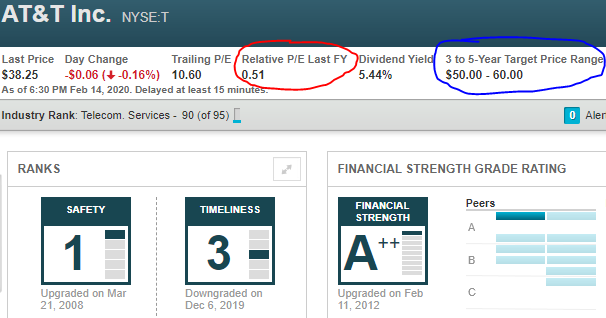 The relative P/E ratio of .51 (red-circled area) indicates that the company is quite undervalued when compared to the average of the 1,700 stocks in VL’s analytical universe. (Value Line also gives T its highest scores for Safety and Financial Strength.)

With a current dividend yield that just about exactly matches its 5-year average, T looks fairly valued to Simply Safe Dividends, even though the P/E ratio is a little lower than its average.

For one thing, since the recession ended, the blended P/E is quite a bit lower than the normal P/E (red-circled areas). For another, the earnings yield in excess of 9% (blue circle) is quite attractive. Additionally, earnings are expected to rise gradually over the next few years (yellow highlight). 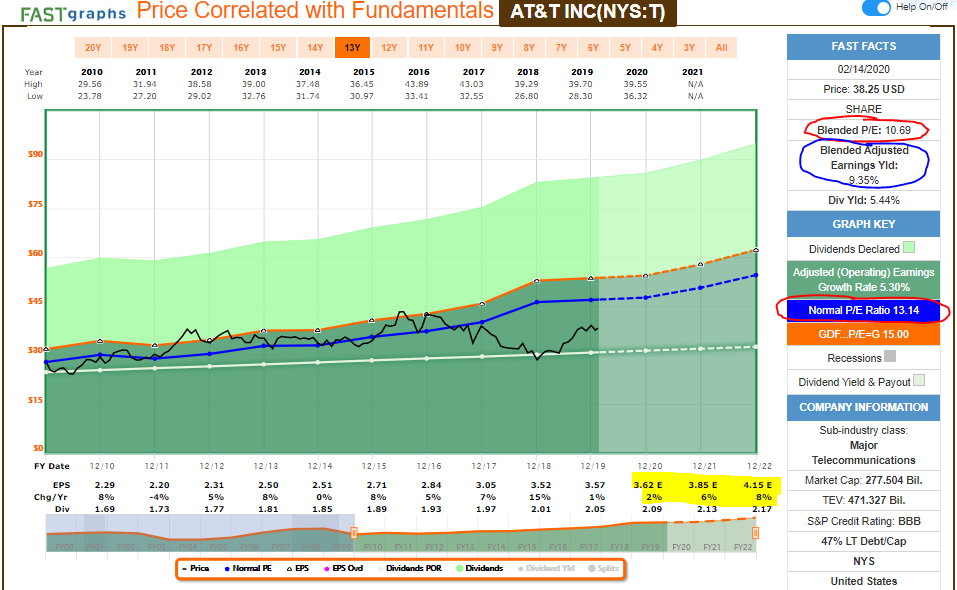 While the above FAST Graphs image focused on earnings, the one below looks at free cash flow. There, too, the current figure is well below the norm, suggesting undervaluation. 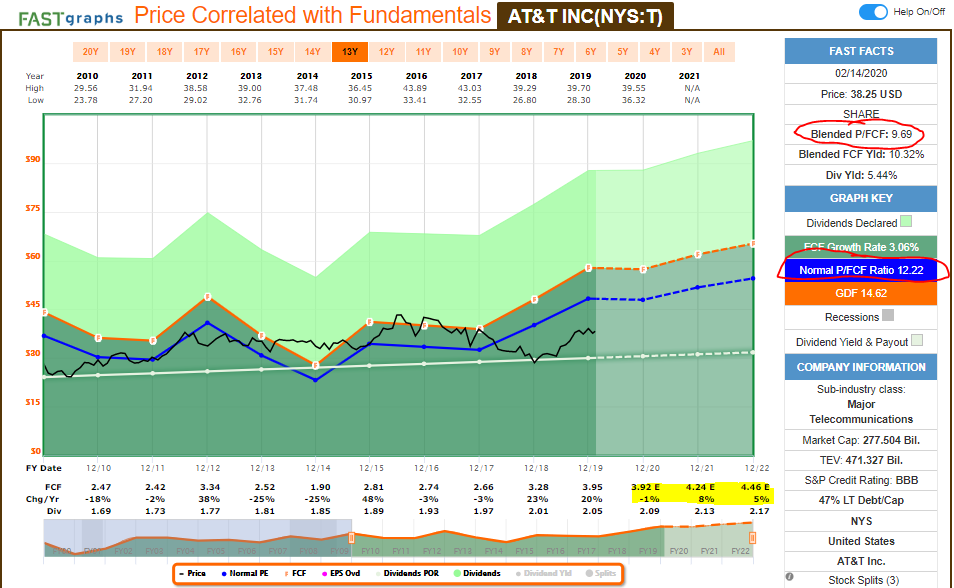 I wouldn’t be very comfortable having AT&T — or any one company — responsible for 15% or 20% of a portfolio’s income stream.

Plus, as we add other stocks to the IBP and build up positions of those we currently own, that percentage will get smaller.

And hey, once it gets small enough, it just might be time to buy AT&T again.