Only 57 of the stocks that make up the S&P 500 Index are Dividend Aristocrats — companies that have increased their dividends annually for at least 25 years.

International Business Machines (IBM) is about to become No. 58, and it will do so as a member of another exclusive club: DTA’s Income Builder Portfolio.

On Thursday, Feb. 6, I executed a purchase order on Daily Trade Alert’s behalf for 6 shares at $157 apiece, making IBM the 31st position in our real-money, real-time Dividend Growth Investing portfolio. 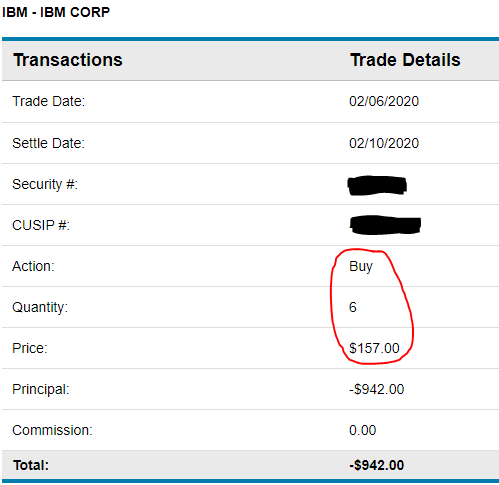 As I explained in my previous article, IBM had hit a revenue rut for a few years, but I was intrigued enough about the company’s potential under incoming CEO Arvind Krishna and president James Whitehurst to select it for the IBP. 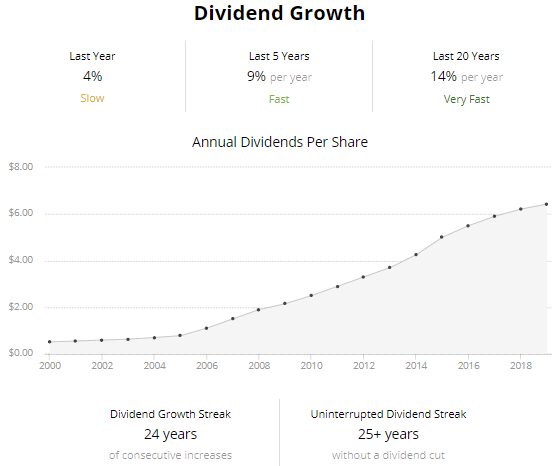 Yielding 4.1% — acceptable to just about any DGI practitioner and on the high end for a technology company — IBM paid shareholders $5.7 billion in dividends in 2019.

The company’s free cash flow was more than twice that amount, and figures to be again in 2020; therefore, the dividend is almost guaranteed to keep rising.

IBM typically announces its annual increase each April, with the new dividend to be paid on or around June 10.

This time, when that raise comes through, the company officially will become an Aristocrat. 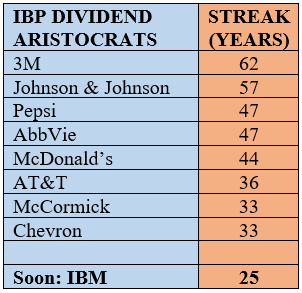 [Note: The IBP also owns Altria (MO) and Philip Morris (PM), which combined have been raising dividends for decades. PM was spun off from MO in 2008.]

In addition to the prestige that goes with being an Aristocrat, there is a tangible benefit as well: The $6.6 billion ProShares S&P 500 Dividend Aristocrats ETF (NOBL) will be forced by its own rules to buy a significant amount of IBM stock.

And, of course, owning Aristocrats helps the IBP accomplish its mission of creating a reliable, ever-expanding income stream.

Because we bought our IBM stake before the Feb. 7 ex-dividend date, the portfolio will receive the $1.62 quarterly payout for each of our 6 shares on March 10.

The $9.72 generated will be automatically reinvested back into company stock, as laid out in the IBP Business Plan, adding about .06 of a share to our stake.

Assuming a conservative hike of 3% (approximately the same as in 2019) goes into affect for the June payment, that would bring the quarterly amount to $1.67 — good for the IBP to receive $10.12, which in turn will buy yet another fractional share.

And on and on it will go for as long as our portfolio owns IBM.

The changes in the executive suite have pleased many analysts, with those from Morgan Stanley, Citi, Credit Suisse and others raising their price targets on IBM.

Fidelity says the 10 analysts it uses are “Very Bullish” on the stock. 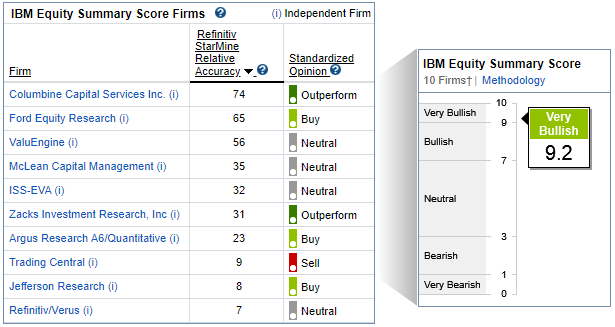 On the other hand, the 20 analysts surveyed by Thomson Reuters are less enthusiastic, with the majority rating the company a “Hold.”

Morningstar Investor Research Center thought the CEO change was a positive move. Nevertheless, its analysts remain concerned about the company’s failure to improve upon revenues in recent years and about prospects for tepid earnings growth over the next few years.

In their eyes, IBM is overvalued. 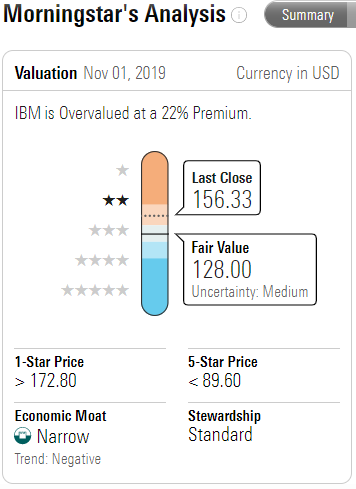 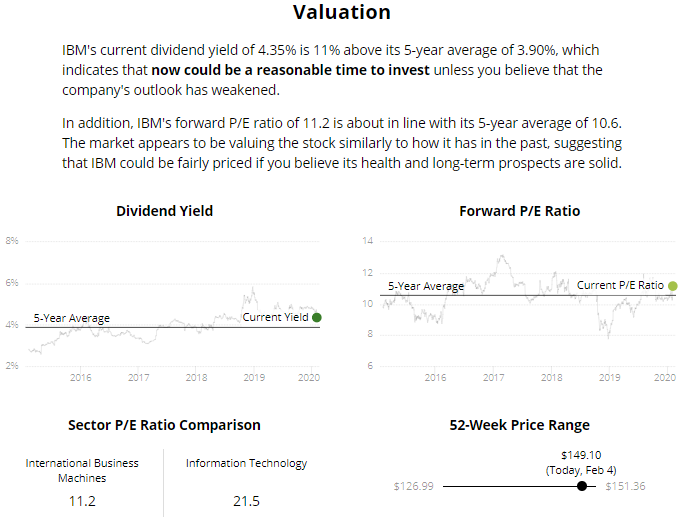 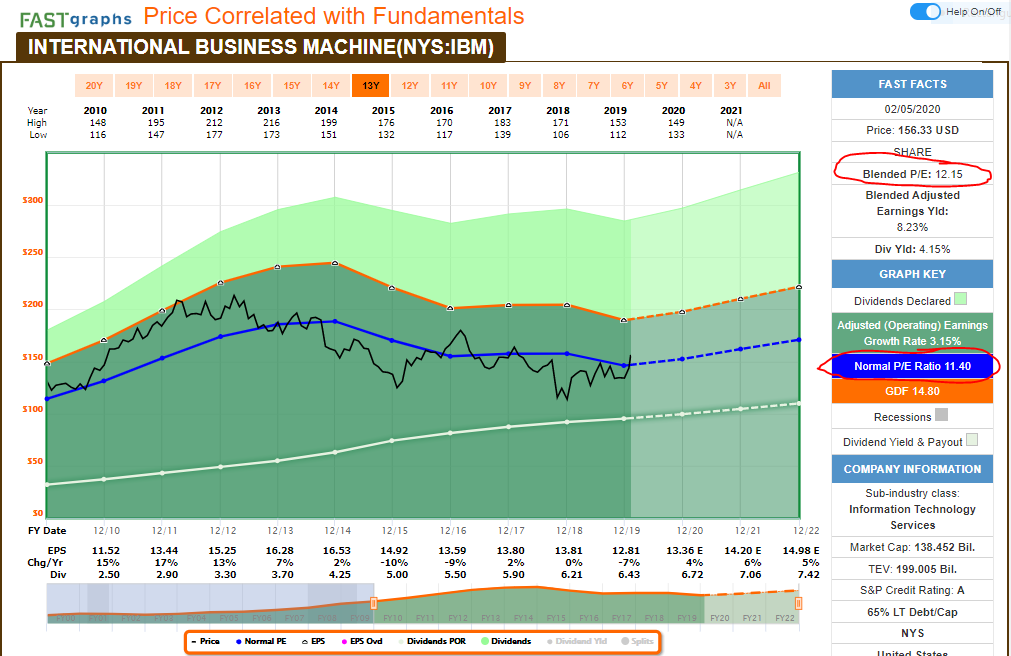 Considering all the numbers and analyst opinions, IBM looks fairly valued to me. Hardly a bargain, but not overly expensive.

To be honest, I was a little more excited about adding IBM to the Income Builder Portfolio right after the CEO change was announced Jan. 30 — when the stock still was trading under $140.

With the price continuing to climb between my decision to buy and the actual purchase, the margin of safety has become a little less attractive.

That can happen when one has to follow a predetermined buying/writing schedule. Sometimes it works the other way, too — the price goes down after I decide to purchase a stock — so I figure it averages out.

One thing that eases my mind is my confidence in IBM’s dividend.

It is dependable … it is growing … and soon enough, it will join the aristocracy.