There’s dividend growth … and then there’s the way Broadcom (AVGO) has pumped up its distribution to its shareholders this last half-decade.

Back in 2015, the semiconductor giant paid four quarterly dividends totaling $1.55 per share. A mere five years later, AVGO stakeholders will receive more than 8 times that.

Call the annual dividend a Lucky $13 — matching the number worn by one of my all-time favorite athletes. 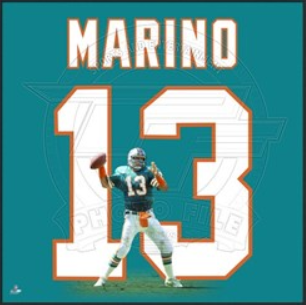 We added to the Income Builder Portfolio’s Broadcom position on Tuesday, Jan. 14, when I executed a purchase order on Daily Trade Alert’s behalf for 3 shares at $307 apiece. 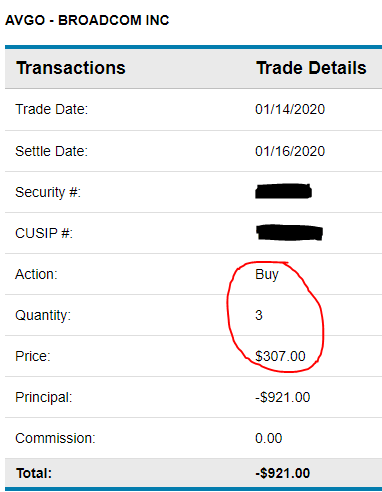 Already having generated significant cash for the IBP since we initiated our position 17 months ago, Broadcom now has become the portfolio’s No. 3 income producer.

AVGO is on pace to be one of only three positions to kick out at least $100 in dividends this year.

Come late-March, the IBP will receive a dividend of $26.92 — Broadcom’s quarterly payment of $3.25, times the number of shares we own.

Because our Business Plan mandates automatic reinvestment, that payout will be used to buy an additional  .09 of a share of AVGO stock.

Then, three months later, the new share total of 8.37 will result in $27.21 more income, which will be used to buy still more Broadcom. And on and on it will go over the years, gradually building up AVGO’s share total and growing the IBP’s income stream.

Simply Safe Dividends classifies the company’s dividend as “Safe,” giving it a score of 67 on its 1-100 scale. That is down from 87 (or “Very Safe”) when we first bought AVGO back in August 2018, with the drop due mostly to the company’s increased debt load.

Although income production obviously is important for a portfolio that is being built mostly using the Dividend Growth Investing strategy, quality comes first.

Broadcom does carry some risk for investors, as I said in my previous article, but it has become a vital supplier for its many big-money customers. 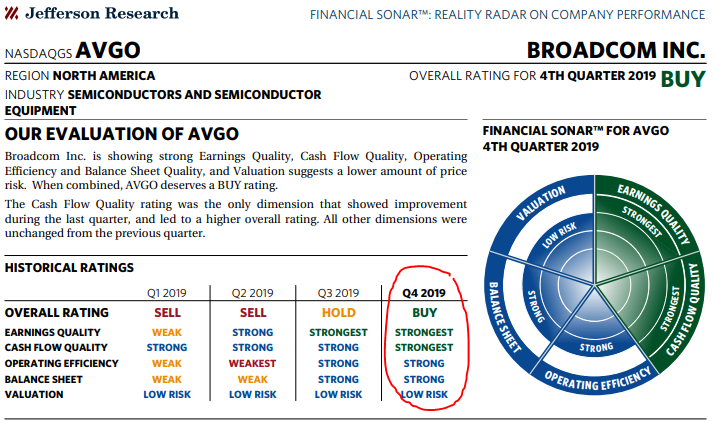 By and large, people who make a living following the stock market have a favorable view of Broadcom’s future.

For example, 21 of the 33 analysts surveyed by Thomson Reuters rate AVGO either a “Buy” or “Strong Buy.”

As the next three images show, analysts at Schwab, CFRA and Columbine Capital are especially bullish on Broadcom. 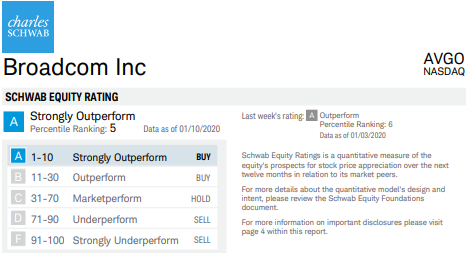 Since January 2018, Daily Trade Alert’s editors have allocated $2,000/month for me to make two purchases on their behalf.

When we first bought Broadcom 17 months ago, we were able to get 5 shares.

This time, because the price was nearly $100/share higher, we could add only 3. 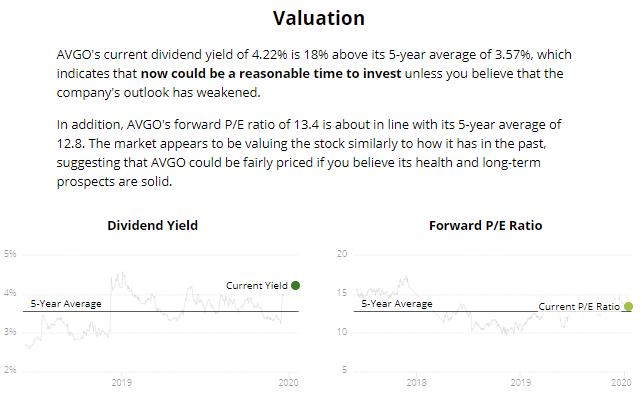 FAST Graphs indicates that the blended P/E ratio of about 14 is in line with the company’s decade-long norm (red circled areas), and the earnings yield of over 7% (blue circle) is attractive. 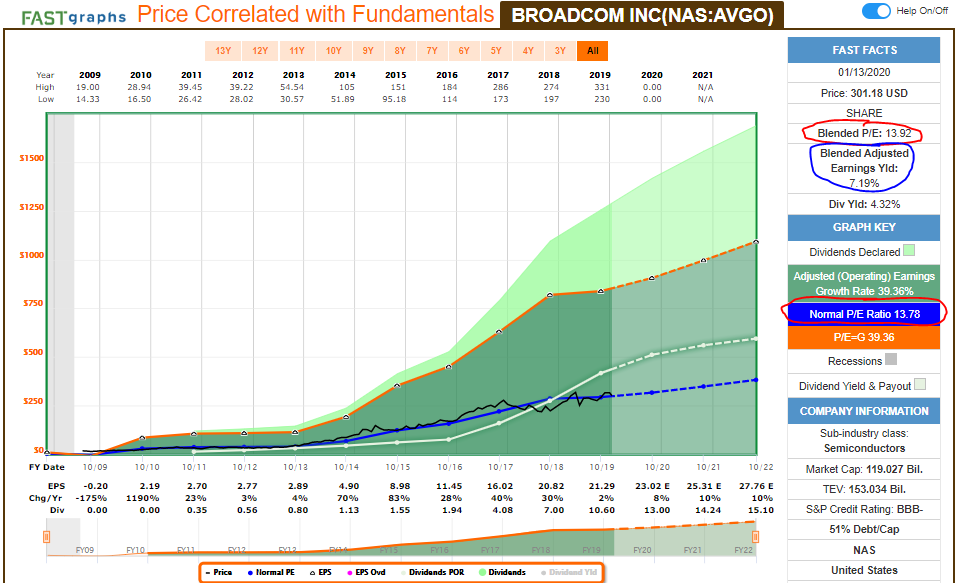 A second FAST Graph illustration indicates that Broadcom might be undervalued when free cash flow, rather than earnings, is analyzed. 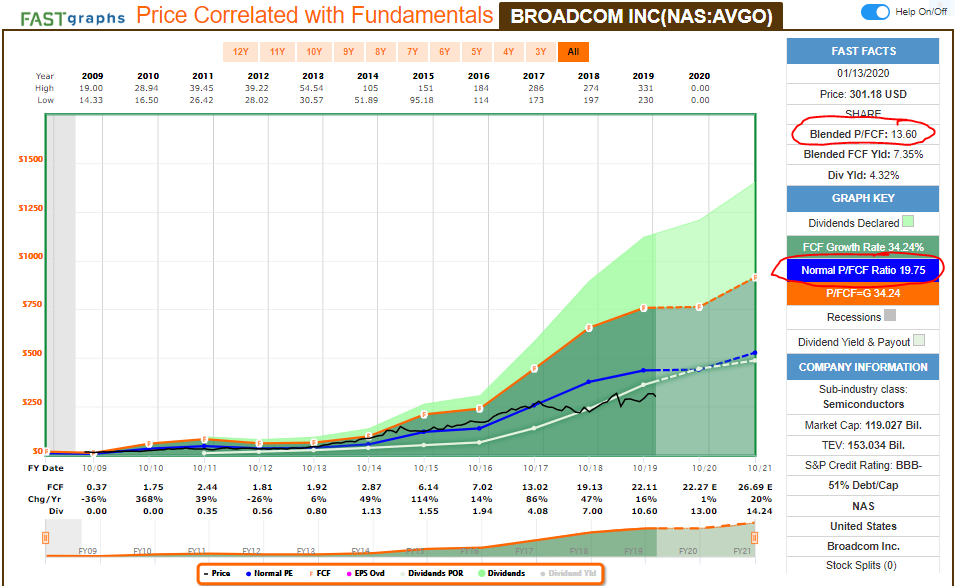 Carrying quite a bit of debt and being in a cyclical industry, Broadcom is somewhat more speculative than the many “boring” companies in the Income Builder Portfolio, so this might be our last buy of it for awhile.

I like that AVGO makes up only a little more than 4% of the portfolio’s value and that it is “responsible” for less than 7% of its income — numbers that will decrease as other stocks are added.

Keeping such percentages within an investor’s comfort zone is all part of building a successful portfolio, and I feel good about Broadcom’s place in the IBP.

As always, we strongly urge investors to conduct thorough due diligence before buying any stock.