Back in the 1970s, a group of 50 major corporations dubbed the “Nifty Fifty” became famous — some might say infamous — because most of its components were extremely overvalued and ended up having dramatic selloffs.

Many — such as Schlitz Brewing, S.S. Kresge, Polaroid and Eastman Kodak — eventually went out of business, broke apart or became shells of what they once were. Some merged, like Bristol-Myers and Squibb. 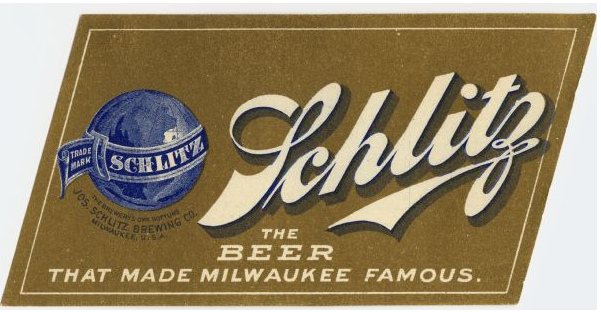 Where am I going with this? Well, one Nifty Fifty survivor — 3M (MMM) — just joined another pretty nifty collection of stocks, becoming the 50th buy for DTA’s Income Builder Portfolio.

On Tuesday, Dec. 17, I executed a purchase order on Daily Trade Alert’s behalf for 6 shares of the industrial conglomerate at $170 each. 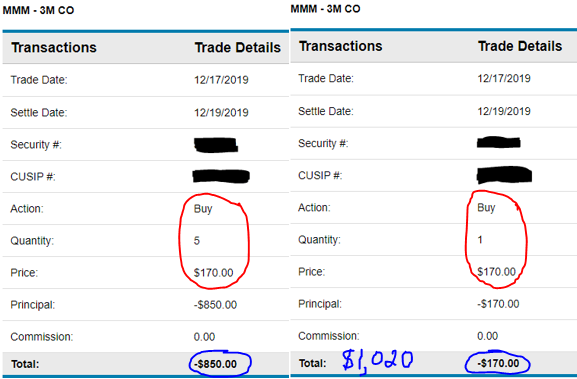 The buy took place in two separate transactions within seconds of each other, as sometimes happens with limit orders.

Twice a month for two years now, DTA’s editors have provided $1,000 for me to invest for them.

Although that seemingly would add up to only 48 buys, we technically have made 50 because:

So even though DTA committed about $48,000 these first two years, this addition to our 3M stake became Buy No. 50 for the portfolio. How nifty!

The 50 purchases have resulted in 29 positions being built within the IBP. Of those, 19 companies have been selected more than once each.

As is the case with all stocks, there are pros and cons to owning 3M, and I detailed many in my previous article.

One big pro is the dividend, which has been paid without interruption for more than a century and which has grown annually for six decades. For DGI practitioners, it’s hard to beat that kind of reliability.

3M’s next distribution, to be made in mid-March, no doubt will be at an even higher rate; the company historically announces its annual increase each winter.

In accordance with the IBP Business Plan, those funds would be reinvested right back into MMM stock, buying about 1/10th of a share.

Then, three months later, the slightly larger position would generate a slightly larger dividend, which would buy more 3M … and that’s how an income-based portfolio gets built.

Simply Safe Dividends gives MMM a “Safe” grade of 75 on a 1-to-100 scale, and McLean Capital Management (see graphic below) says the company’s free cash flow is always enough to cover the dividend.

In general, those who closely follow MMM are neither overly bullish nor bearish. 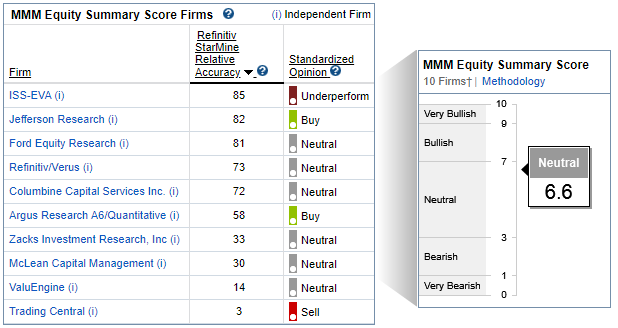 Among those regarding 3M more favorably are analysts from Columbine Capital and Credit Suisse, who believe the company will outperform the overall market during the next year.

Value Line is projecting share-price appreciation of about 15% over the next 18 months (yellow highlight in the following graphic), and as much as 50% over the next 3-5 years (red circle).

Despite a significant pullback from its $260 price of about two years ago, 3M is still not super-cheap.

Morningstar Investment Research Center says the stock is worth about $176 per share, indicating that MMM is fairly valued. 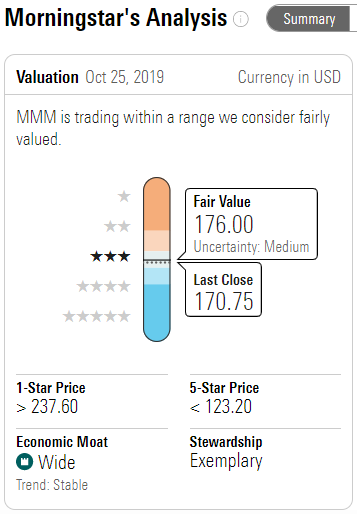 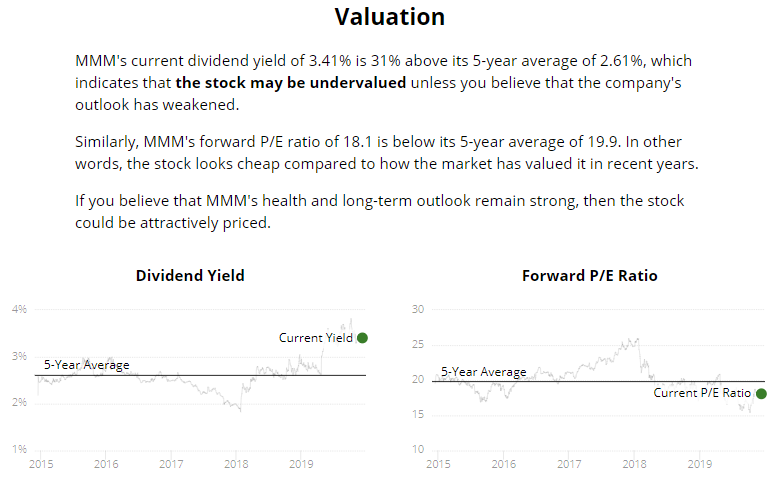 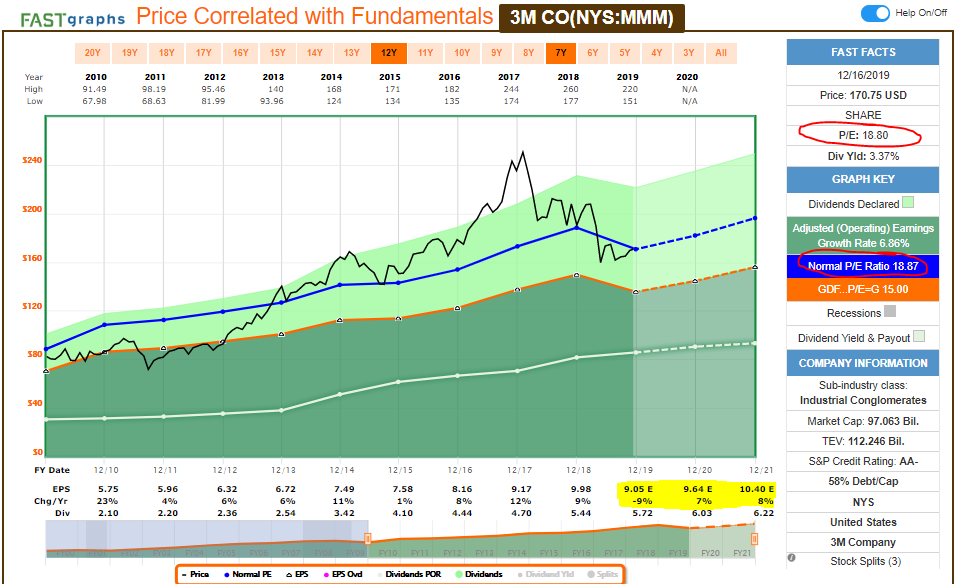 The yellow highlight above shows that after earnings plunged 9% this year, they are expected to rise in the high single digits in 2020 and 2021.

If the forecasts by FAST Graphs, Value Line and a few of the analysts turn out to be correct, this 50th IBP buy could end up having been be a nifty pickup at the price we paid.

Even the highest-quality companies — Johnson & Johnson, Microsoft, McDonald’s, you name it — go through the kind of rough patch that 3M has experienced the last couple of years.

But MMM is no Schlitz, no Kresge. It will continue being relevant for decades to come, and I welcomed the opportunity to add more 3M shares to the Income Builder Portfolio at fair value or better.