Back in 1943, American psychologist Abraham Maslow came up with a theory called “the hierarchy of human needs.”

Although he updated it some years later, Maslow’s premise was that humans must satisfy basic needs at the foundation of the “pyramid” — such as food, water and safety — before they can move up to “higher level growth” needs such as friendship and feelings of accomplishment. 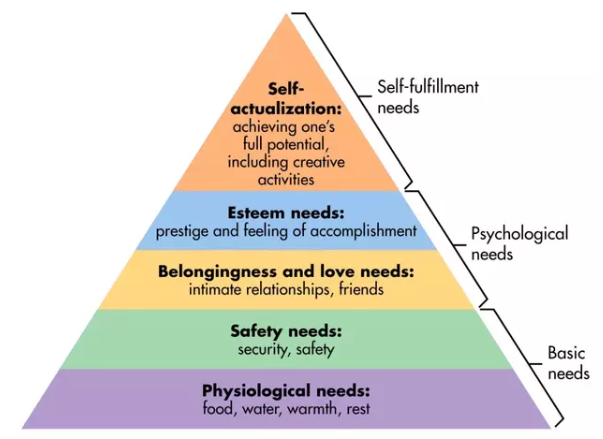 Maslow died in 1970, decades before the Internet became a thing, so he couldn’t have possibly known how critical a “need” it would become.

Although those who cannot bear to spend 10 seconds away from their smartphones might disagree, I am not suggesting that the Internet is in the same need category as air, shelter and security.

Still, one can see how the Internet would be right at home in any of the top three levels of Maslow’s hierarchy.

At least in the developed world, it would be hard to argue that we do not need the Internet.

We need it to communicate, to relate, to create, and, in a lot of cases, to pursue our dreams.

So when Comcast (CMCSA) announced during its Oct. 24 earnings report that it had added 379,000 high-speed Internet users, its best third-quarter performance in 10 years, I couldn’t help but take notice. 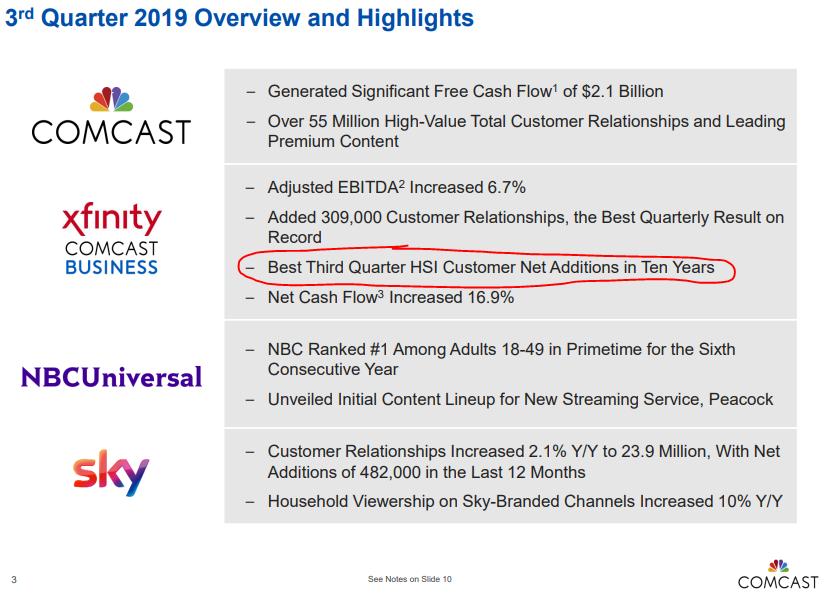 And as you can see by the above graphic from Comcast’s presentation, the Internet additions represented only one piece of outstanding news from a company that is growing in many ways.

As soon as I read the report, I realized I wanted to add to the stake we bought early this year for DTA’s Income Builder Portfolio.

So on Tuesday, Nov. 12, I will execute a purchase order on Daily Trade Alert’s behalf for about $1,000 worth of this worldwide technology and entertainment conglomerate.

Most data about Comcast shows a company that is performing at a high level. 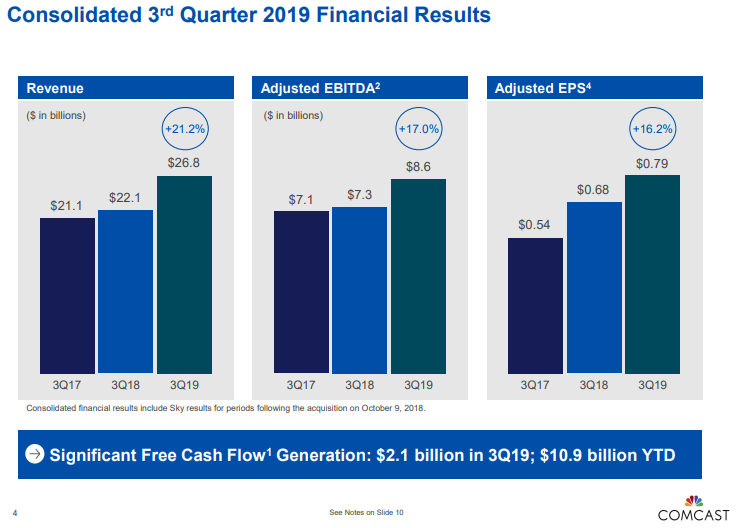 With double-digit-percentage growth in every category, it’s hardly surprising that Jefferson Research’s “Financial Sonar” puts Comcast in such positive light. 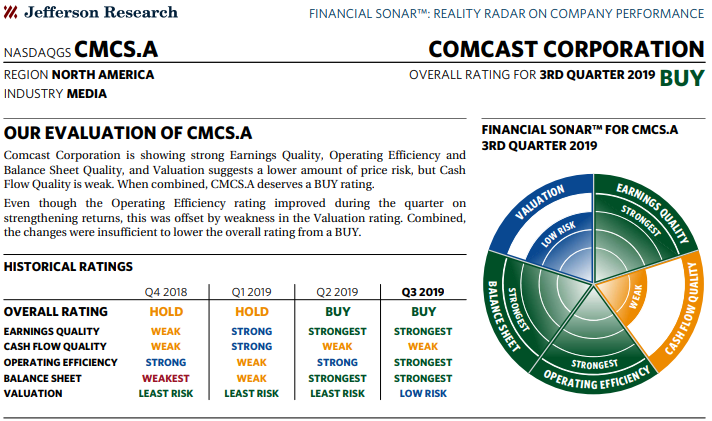 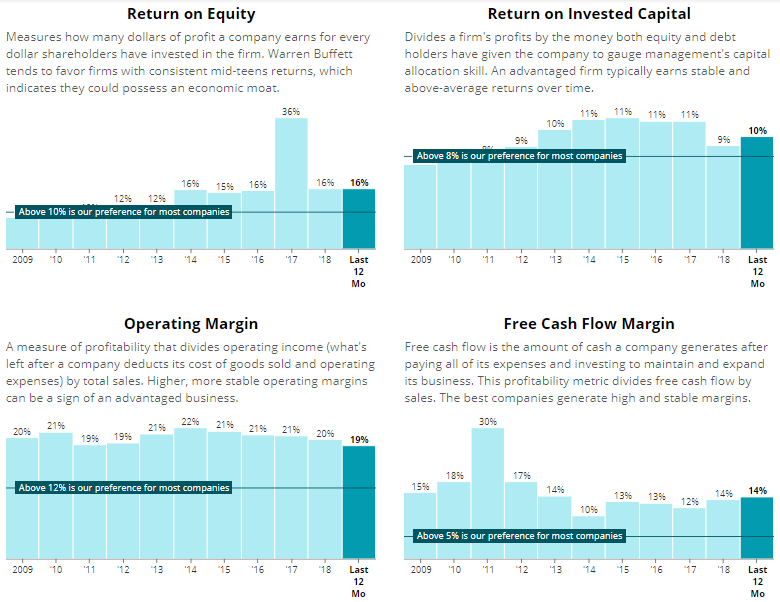 Great Gains, And Dividends Too

Since our Jan. 29 purchase, the IBP’s Comcast position has recorded a 26% total return — making it one of our portfolio’s better performers, and easily beating the overall market in the same time span. 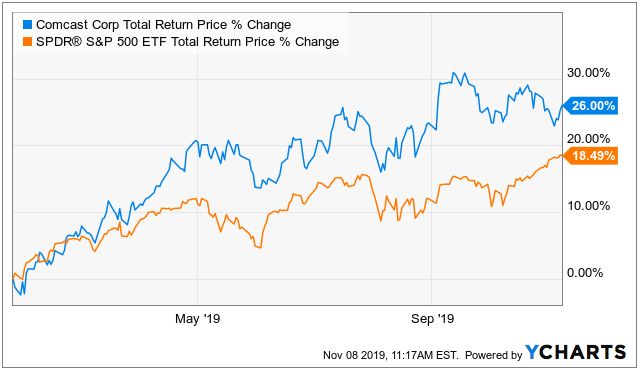 In addition, Comcast has contributed nicely to our ever-growing income stream.

The company announced shortly before our purchase that it was raising its dividend 10%, and the IBP has received three payments — totaling $17.73 — so far. That income has been reinvested right back into CMCSA, adding about 4/10ths of a share to the position.

Comcast has increased its dividend aggressively this last decade, more than doubling it just since 2013. 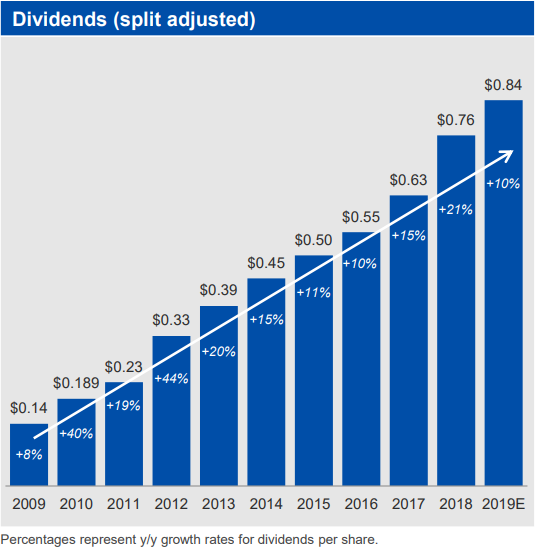 TV Or Not TV

Not all that long ago, Comcast was vital to America’s television-watching habits.

You needed cable TV to be entertained, to watch sports, and to stay informed … and CMCSA was the industry leader.

It is now much more difficult to make a case that the television part of the company’s business belongs on our modern-day hierarchy of needs the way the Internet does.

Indeed, cable companies have been bleeding subscribers for years now, as more and more consumers have cut the cord to go with streaming services.

While we have low expectations for Comcast’s traditional pay television business, we still expect NBCU and Sky will maintain sizable audiences for the content they create and aggregate. As more television viewing shifts online and to mobile devices, however, consumer viewing habits could shift in unpredictable ways that favor newer content models, such as Netflix or YouTube. In addition, as viewership continues to fragment, the economics of large-scale franchises may not be as attractive as they’ve been in the past, limiting the value of Comcast’s ability to monetize content through multiple channels.

Also, as strong as most of Comcast’s fundamentals are, the company still carries pretty significant debt.

CMCSA has been working to pay down its debt load, however, even pausing its share-buyback program to accelerate its ability to do so.

OK, I confess … I don’t need the Internet as much as I need pizza, beer and decent poker hands.

Still, as a personal-finance writer, it is pretty high up on my hierarchy of needs: No Internet, no articles for Daily Trade Alert, no Income Builder Portfolio. How terrible would that be?!?!

Comcast actually is not my Internet provider, but I recognize that the company serves that role for millions and millions of others, and I’m happy to double down on the IBP’s stake in the business.

My next article, scheduled to be published Wednesday, Nov. 13, will include a thorough look at the stock’s valuation and other pertinent information.