Folks who depend upon stock-generated income to help pay their living expenses sure hate seeing dividend cuts by companies they own.

Although most blue-chip companies managed to maintain — and even increase — their distributions during the Great Recession, major banks drastically cut their dividends. 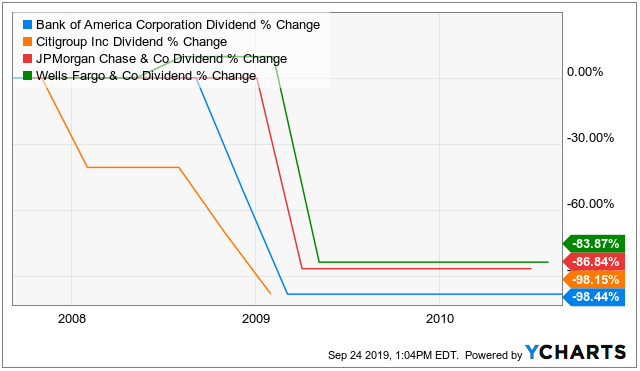 Nevertheless, I selected one of those very banks — JPMorgan Chase (JPM) — for DTA’s Income Builder Portfolio.

In my previous article, I did acknowledge that unkind cut while also talking about how strongly JPM recovered from the recession in every way: vastly higher earnings, revenues, share price and, yes, dividends.

With leading investment bank, commercial bank, credit card, retail bank, and asset and wealth management franchises, JPMorgan is truly a force to be reckoned with. The bank’s combination of scale, diversification, and sound risk management seems like a simple path to competitive advantage, but few other firms have been able to execute a similar strategy. Even the best-managed banks are not immune to the occasional stumble, but JPMorgan has managed to seemingly put all the pieces together in a more cohesive and less error-prone way than peers. JPMorgan now benefits from a nearly unrivaled combination of scale and scope within the United States.

Regardless of industry, I like picking the best of the best for the IBP. 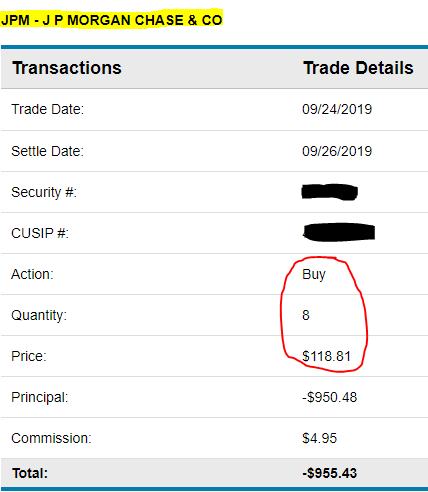 The industry was devastated from 2007-10, with many banks going out of business or being sold on the (relative) cheap to the strongest institutions.

Its navigation through the recession, including the acquisition of the distressed assets of Washington Mutual and Bear Stearns, helped JPMorgan Chase cement its status as one of the bluest of blue chips.

However, one casualty of all the turmoil was JPM’s quarterly dividend — which was reduced from 38 cents/share in January 2009 to a mere nickel for the April payment.

The move didn’t thrill Dividend Growth Investing practitioners, but it let the company retain billions of dollars it needed to weather the storm. As CEO Jamie Dimon said in his 2010 letter to shareholders:

During this difficult year, the strategic imperatives that have defined and distinguished our company continued to serve us well. We maintained our focus on risk management; high-quality capital; strong loan loss reserves; honest, transparent reporting; and appropriately conservative accounting. … Our relentless focus on our balance sheet has always enabled us to prevail through tough times and seize opportunities while continuing to invest in our businesses. It served us extremely well over this period. Early in 2009, we cut our annual dividend from $1.52 to $0.20 per share – a drastic move premised on the need to be prepared for a prolonged and potentially terrible economy.

His company’s dividend was frozen at 5 cents for eight quarters; it finally was quintupled to 25 cents in April 2011, and it has been going up nicely ever since.

The above graphic does not include 2019. So far, there have been three payments of 80 cents/share each, and JPM recently announced a 12.5% raise to 90 cents for the October distribution.

That’s what I call making up for lost time!

Because we bought our 8-share JPM stake before the Oct. 3 ex-dividend date, the Income Builder Portfolio will receive $7.20 on Oct. 31.

That will be automatically reinvested back into company stock, as mandated by the IBP Business Plan, meaning that about .06 of a share will be added to our stake.

Then, three months later, the new share total of 8.06 will generate a $7.25 dividend, which also will buy another small piece of JPM. And so on and so on, quarter after quarter, year after year.

That compounding effect is taking place with each of our 28 positions, illustrating why we gave this endeavor the name we did.

Generally, analysts have favorable opinions of JPM’s future performance. As shown below, the aggregate of the 29 observers surveyed by Reuters resulted in an “Outperform” rating … though there was one “strong sell.”

JPM is positioned well, according to Schwab, which put the company in its highest category for expected performance over the next year.

Analysts at CFRA and Credit Suisse have assigned 12-month target prices of $130 and $135, respectively.

Value Line is forecasting anywhere from a slight loss to a 26% gain over the next 3-5 years (blue circled area). Shorter term, a 10% gain is projected (yellow highlight).

The red circle above shows an attractive “Relative P/E” of 0.66, as anything less than 1 indicates that a stock’s price/earnings ratio is lower than the average of the 1,700 companies Value Line analyzes. Which brings us to our next section …

JPMorgan Chase is just about fairly valued, according to both Morningstar and CFRA; their estimates are within a few dollars of the current price. 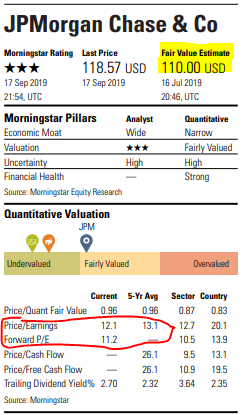 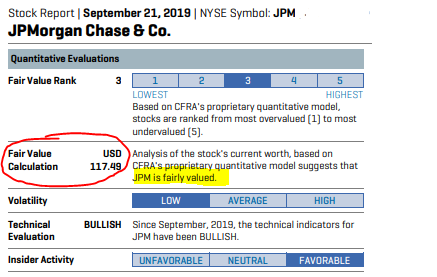 FAST Graphs also shows JPM to be fairly valued. That is indicated by both the P/E numbers I have circled and the way the black price line almost perfectly meets the blue normal-valuation line. 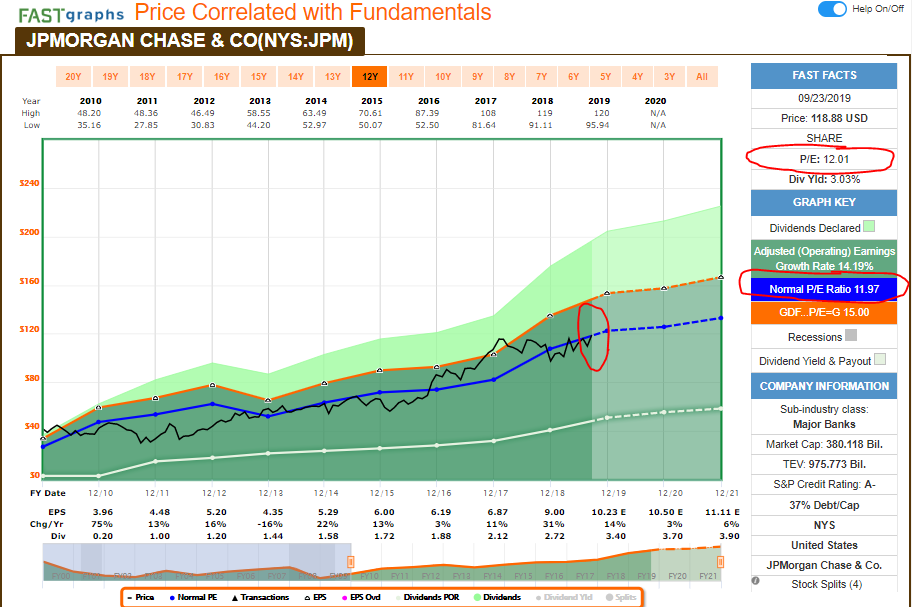 Finally, as Simply Safe Dividends points out, JPM’s current dividend yield of 3% is well above its 2.65% average — possibly a sign of undervaluation. 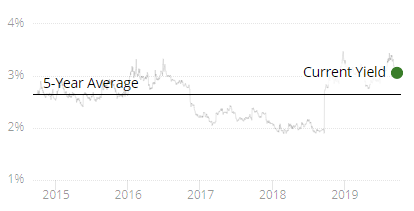 Yes, sometimes even strong companies must cut their dividends. Though that can hurt DGI folks, I’d much rather the business do what is necessary to thrive in the future — as JPMorgan Chase did 10 years ago.

Is there a guarantee that JPM will be able to avoid such a reduction whenever the next recession comes? Of course not.

Having said that, I am heartened by the way this company was able to recover so quickly and completely last time, and I believe JPMorgan Chase will be a valuable — and dividend-growing — asset to the Income Builder Portfolio for years to come.