Bottom line: Microsoft is the most valuable business in the world — indeed, the only one with a trillion-dollar market cap — for a simple reason: It is among the best companies in the world. 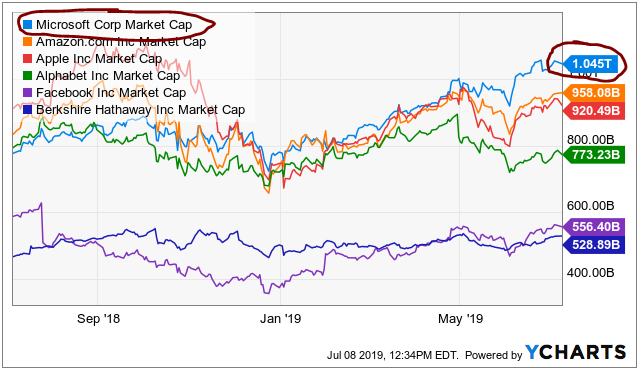 As the computing universe changed, however, MSFT was slow to adapt. While competitors were embracing “the Internet of things” and going mobile, Microsoft was still hawking Windows and Office disks for PCs. 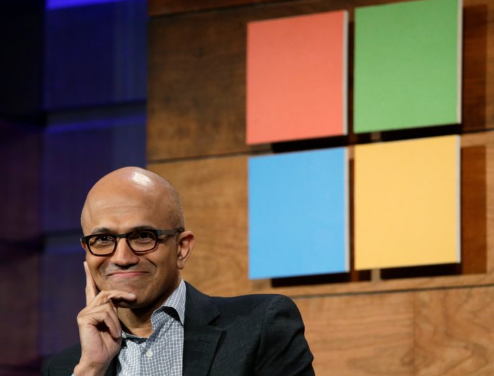 This slide from the 2019 third-quarter earnings presentation shows just how much the cloud has grown under Nadella’s watch: 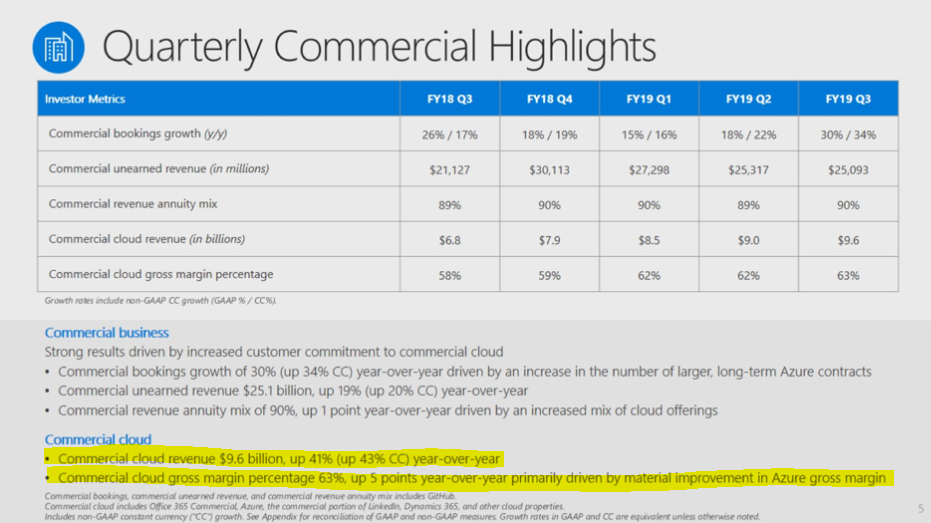 Nadella and his team also changed the way most companies and individuals get Office products.

The following FAST Graphs earnings illustration shows that despite its rough patches, MSFT has had only three losing years in the last two decades (red-circled areas). 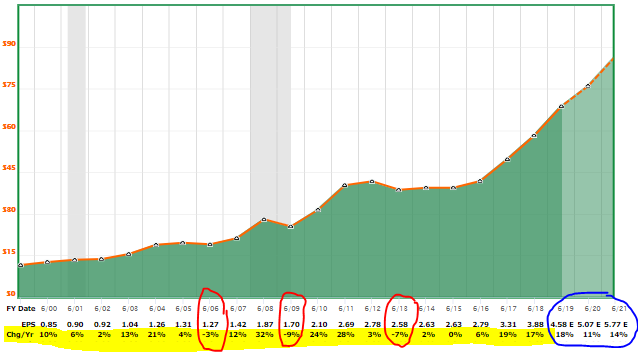 My primary strategy is Dividend Growth Investing, so I like that Microsoft’s dividend has grown substantially over the last decade. 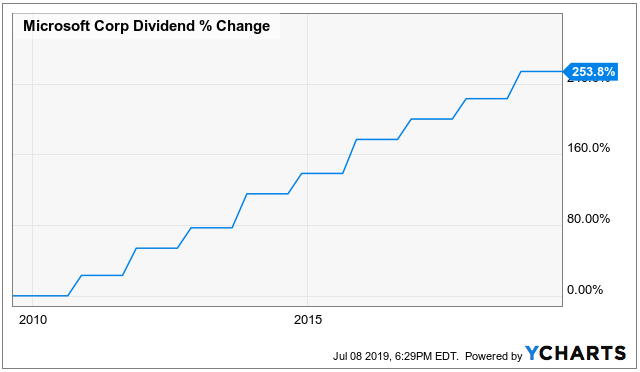 Microsoft also was one of my early selections for our Income Builder Portfolio.