Break out the champagne and noisemakers for DTA’s Income Builder Portfolio!

Milestones should be celebrated, as they offer tangible evidence of advancement toward a goal.

So here’s a big Woo-hoo! to the IBP, which has surpassed $1,000 in projected annual dividend dollars. 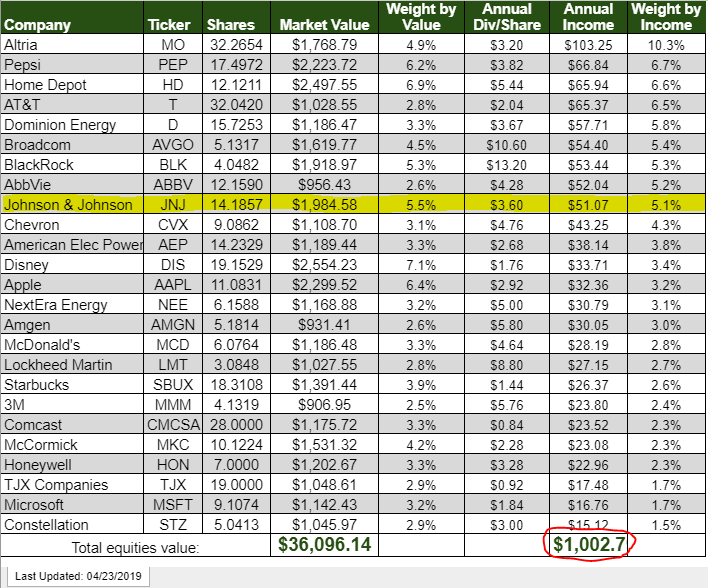 The above table, the centerpiece of Daily Trade Alert’s IBP home page, was updated on Tuesday, April 23, after our purchase of a second 7-share stake in Johnson & Johnson (JNJ).

Given that our income target (as outlined in the Business Plan) is to “build a portfolio that will produce at least $5,000 in annual dividends within 7 years of the IBP’s inception,” hitting the $1,000 mark in 16 months puts us well ahead of schedule.

That this step on our journey was reached with a JNJ buy seems fitting, as Johnson & Johnson very well might be the all-time favorite company of Dividend Growth Investing proponents.

Here is the purchase order I executed on behalf of DTA, which is allocating $2,000 per month for me to build this real-time portfolio: 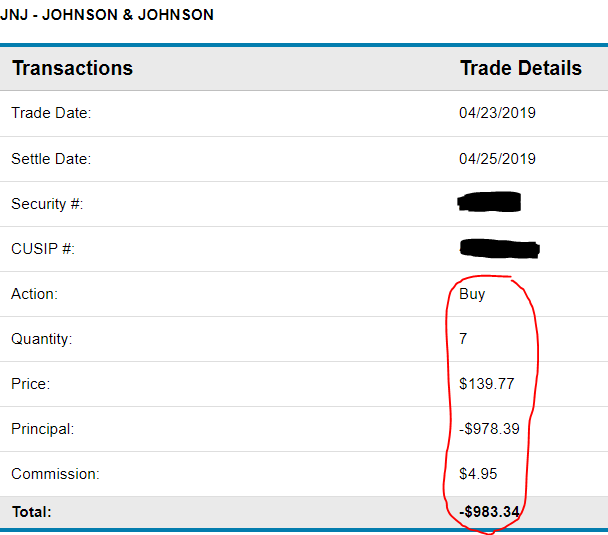 The IBP now has 14.1857 shares of JNJ, making the company the portfolio’s 5th largest by market value.

Johnson & Johnson also has become our No. 9 income producer at $51.07 annually — a fact that lets us segue nicely into the next section.

My previous article touched on many of the reasons investors might want to own JNJ; the reliable, growing dividend is at or near the top of the list.

The following graph shows the company’s last several raises, each of which was just about 7%. That’s consistency.

None of us can know what JNJ’s stock price will be next year, next decade or 25 years from now. One thing we can be reasonably certain of, however, is this: The company will keep paying a dividend to shareholders every three months, and it also will raise the amount of that payout year after year.

Through recessions and wars and political upheaval, Johnson & Johnson has increased its dividend.

It’s been going on for so long that the Studebaker was still being produced when JNJ’s dividend growth began. 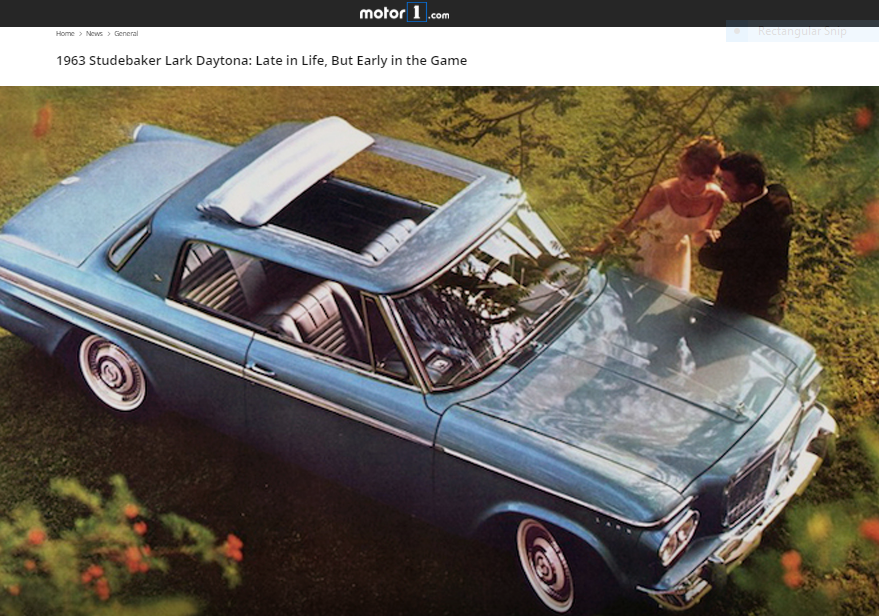 Any day now, Johnson & Johnson is expected to announce it is raising its dividend for the 57th consecutive year.

I project this upcoming quarterly increase to be 4 to 6 cents per share above the current 90 cents. The following table shows how various increases within that range will impact the annual income JNJ brings into the IBP.

Using the middle of that range, the Income Builder Portfolio would receive $13.48 in June. Because all dividends are reinvested, the IBP would add about one-tenth of a share if the price were still around $140.

As long-term investors, DGI practitioners must be able to count on projected dividends actually being paid.

The reliability of the dividend and the strength of the company are two big reasons Value Line includes Johnson & Johnson in its model portfolio of “Stocks for Income and Potential Price Appreciation.” 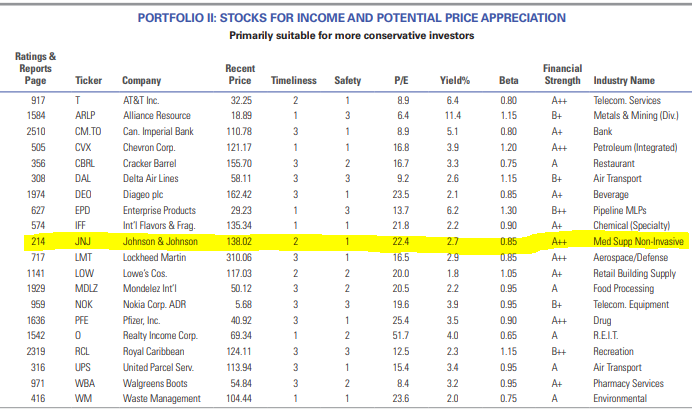 Analysts polled by Thomson Reuters are similarly bullish on the company. 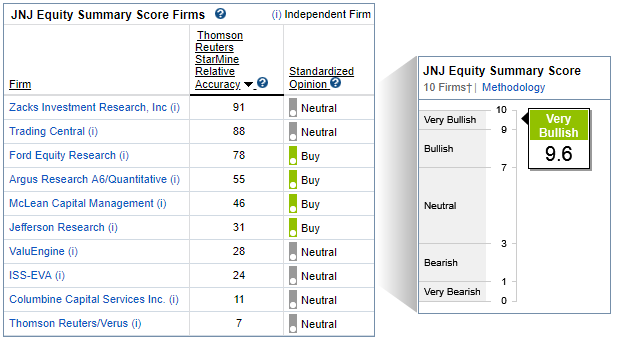 Argus analyst David Toung has put a $165 price target on JNJ, indicating he expects about 18% appreciation in the near term. 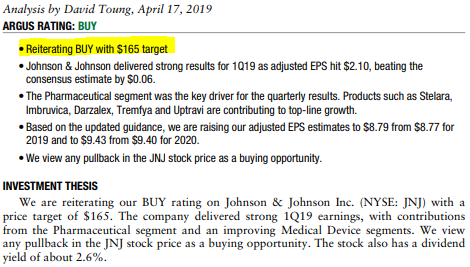 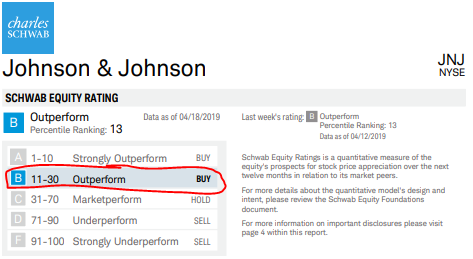 Many health care stocks have seen price declines lately, mostly due to political wrangling: Republicans’ renewed attempts to do away with the Affordable Care Act; Democrats’ pushing Medicare For All; and politicians of all stripes promising to rein in drug costs.

Showing its strength, Johnson & Johnson’s share price has held its own, briefly dipping below $135 before recovering to trade within a stone’s throw of its all-time high ($149). 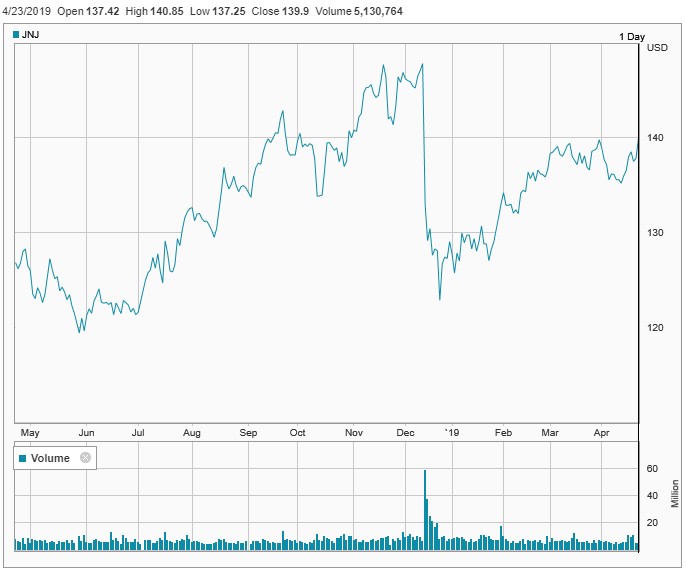 As a result, JNJ is no bargain stock. Nevertheless, given its quality, it isn’t trading at much of a premium at all — and one could argue that it is at worst fairly valued.

Indeed, in its review of the company’s April 16 earnings presentation, Value Line said: “We continue to like Johnson & Johnson shares here.”

When Simply Safe Dividends looks at JNJ’s yield and forward P/E ratio of 16, it sees a fairly valued company. 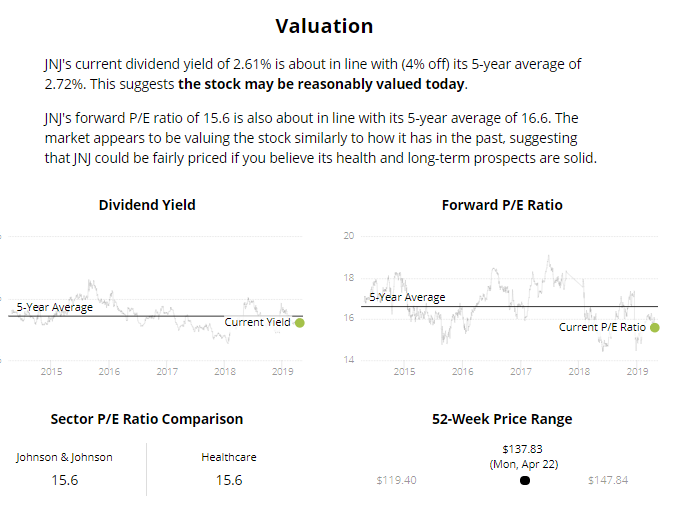 FAST Graphs shows a company that is historically undervalued if one looks at its long-term trend (first graph below), and fairly valued if one considers more recent data (second graph). 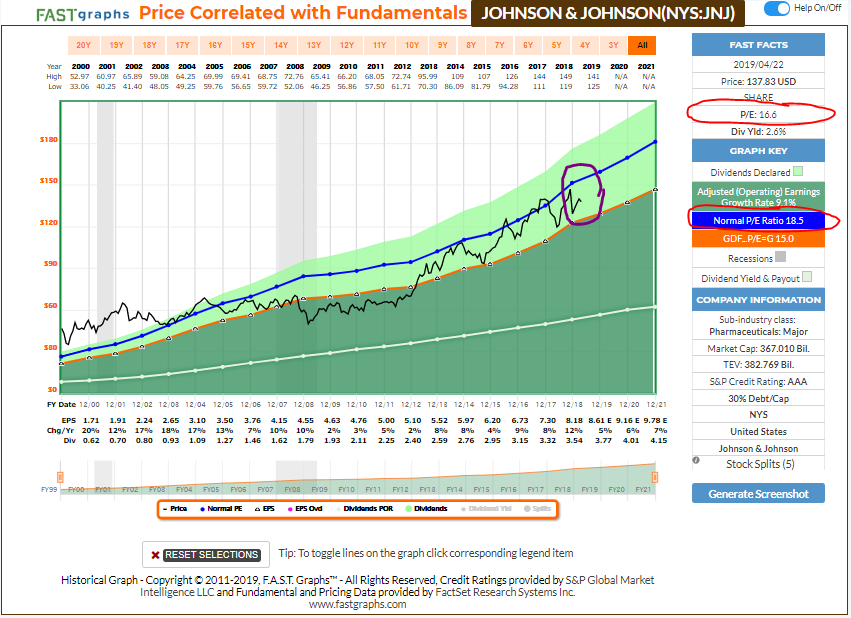 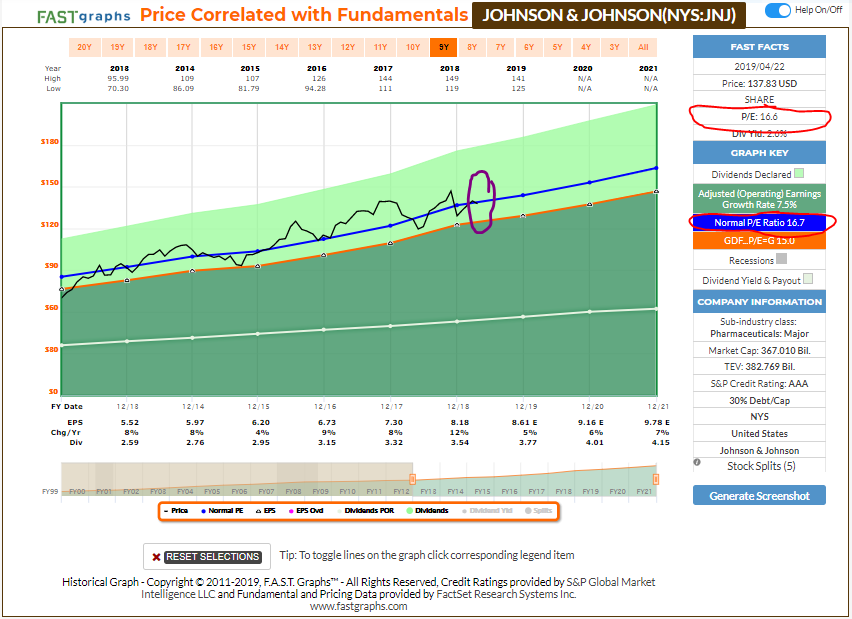 In one more interesting look at an illustration of the last few years, I have circled and numbered the points at which JNJ’s “blended P/E ratio” (the measure FAST Graphs uses) dropped near or below the current 16.6. 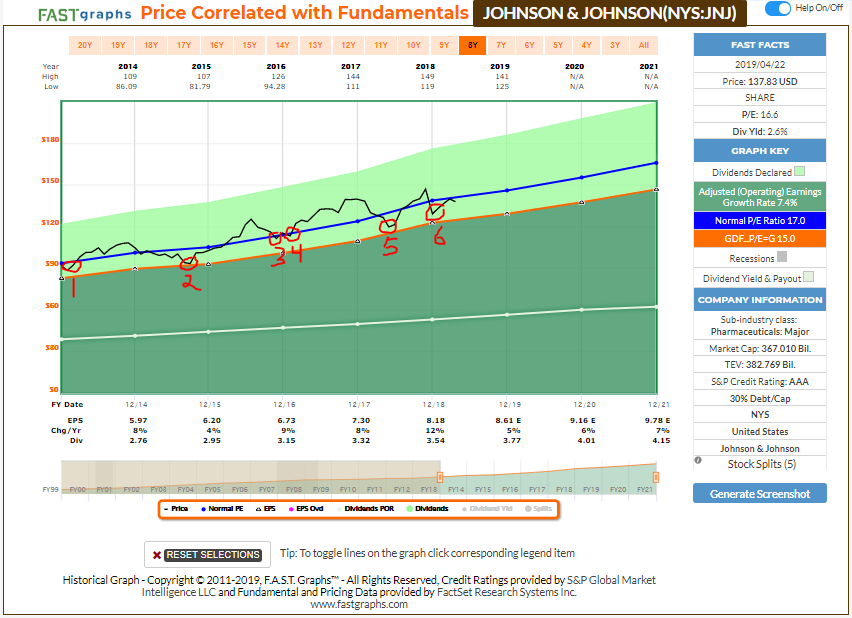 As you can see, each time the P/E has been near that level, a nice price uptick has followed.

In that last FAST Graphs image, check out how closely the black price line tracks the blue P/E line.

To me, that says JNJ appears to be a pretty strong investment for anybody who believes the company will continue to grow earnings — something it has done on a year-over-year basis since 1984.

Put that together with a dividend that has been rising annually for well over half a century, and one can see why Johnson & Johnson is so popular with the DGI crowd.

Although shares of other stocks are less expensive, I feel good about doubling-up the Income Builder Portfolio’s JNJ position, and I’m happy it was a purchase of this company that let the IBP hit a milestone worth cheering.