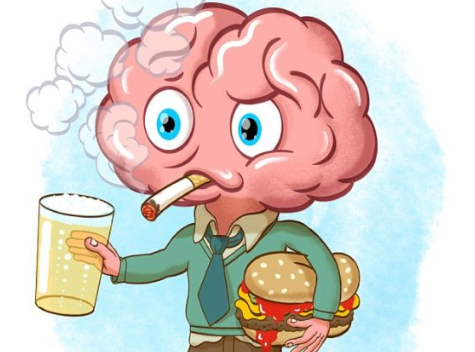 Back on August 28, we doubled our stake in cigarette-maker Altria (MO), and two weeks later we purchased beer-seller Constellation Brands (STZ) — which had just bought a major stake in the world’s largest cannibis company, Canopy Growth (CGC).

Health-conscious consumers — especially those who don’t consider marijuana a healthy herb — might call this the unholy trinity of stock buys.

I simply think these are outstanding companies with deep economic moats and winning business models, and I am glad they are part of the real-money Dividend Growth Investing portfolio we are building.

For the record, I don’t smoke anything and I rarely chow down on fast food … but I am a firm believer that a delicious craft beer (or two) is good for life, liberty and the pursuit of happiness!

In my previous article, I articulated the many reasons I selected McDonald’s to be the IBP’s newest position. Shortly, I will discuss MCD’s dividend and some valuation metrics, but first I wanted to touch on a couple of unique things about this particular buy.

First, as the following image indicates, the purchase was executed in two separate trades, one for a single share and the other for 5 shares:

That happens occasionally with limit orders. I set a price I was willing to pay; if that price hits, the purchase is made.

Sometimes, only “X” number of shares are available at that established price at a given moment, so an order is filled in multiple steps.

On rare occasions, the complete order might not get filled.

But this time, as is usually the case, the remaining 5 shares were bought just seconds after the first share was.

That includes the $4.95 commission, which was split on a pro-rated basis between the two trades. 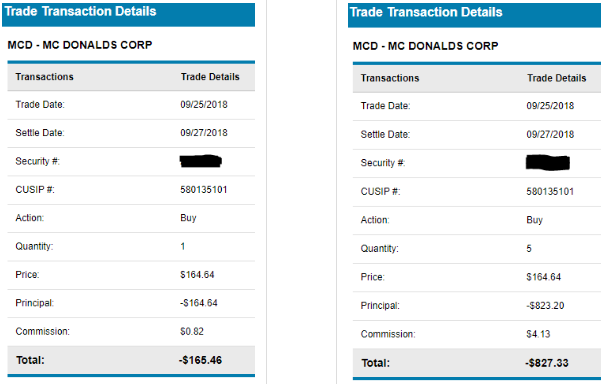 Another thing a little different this time: The total cost of our September buys of Constellation and McDonald’s exceeded $2,000. (It was $2,071.44, to be precise.)

As it says in the portfolio’s Business Plan:

Twice monthly, DTA will make $1,000 available to purchase stock, allowing for the initiation of new positions or additions to existing holdings.

I was careful not to exceed $2,000 in any of the first eight months since the IBP was launched. As a result, about $300 in cash accrued in the portfolio.

My boss (who also happens to be the person funding the portfolio) said I should feel free to dip into the cash stash if necessary to round up the share total in any given month — and I did just that this time so we could buy 6 shares of MCD rather than only 5.

McDonald’s is a Dividend Aristocrat, having grown its payout to shareholders for 42 consecutive years.

And the raise for Year 42, announced just last week, was the company’s best since the Great Recession — a whopping 15% increase to $1.16 per quarter.

Come Dec. 17, McDonald’s will pay the IBP $6.96. Because the portfolio reinvests all dividends into the same stocks, that will buy about .042 of a share more if the price remains about what it is now.

Then, three months later, the new share total of 6.042 will earn $7.01 in dividends, which in turn will be reinvested into still more MCD shares.

Bada-bing, bada-boom … you can see why we gave this project the name we did!

With a forward P/E ratio of about 20, plenty of analysts believe McDonald’s is an attractive buy here. Others, however, think it’s fairly valued or even overpriced.

Morningstar’s fair value estimate of $190 means its analysts believe MCD is about 13% undervalued.

Another analytical firm that is bullish on the Golden Arches is CFRA, which rates the company a 4-star buy with a 12-month target price of $180.

Thomson Reuters regularly polls analysts, and its most recent survey shows that 20 of the 31 men and women who cover MCD believe it is either a Buy or a Strong Buy.

As you can see by the graphic below, Schwab’s analysts are much less impressed. They actually expect Mickey D’s to underperform, and they advise selling the stock.

Lastly, we take a look at what FAST Graphs has to say. Going back to the start of this millennium, MCD appears to be quite overvalued compared to its historic norm. 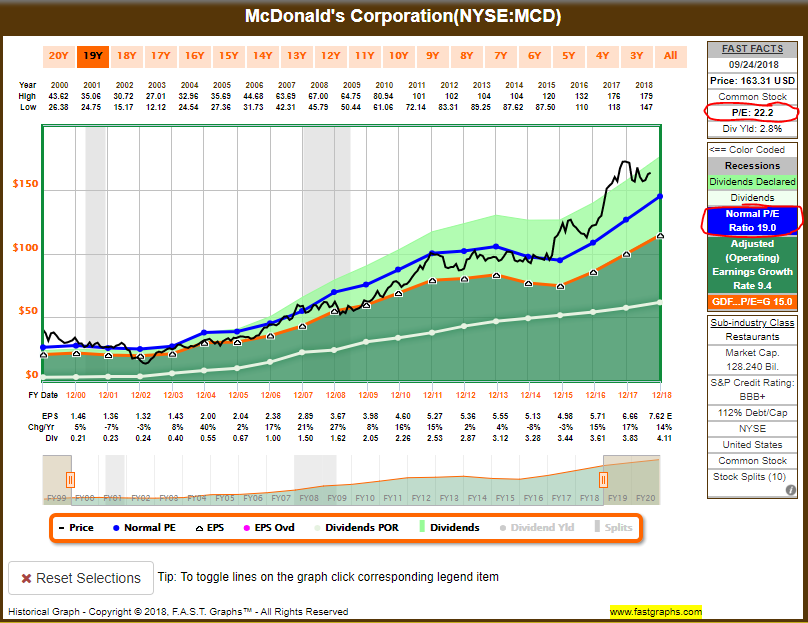 If one compares the current “blended P/E” of 22.2 with the more recent normal P/E of 21.1, MCD looks just about fairly valued. 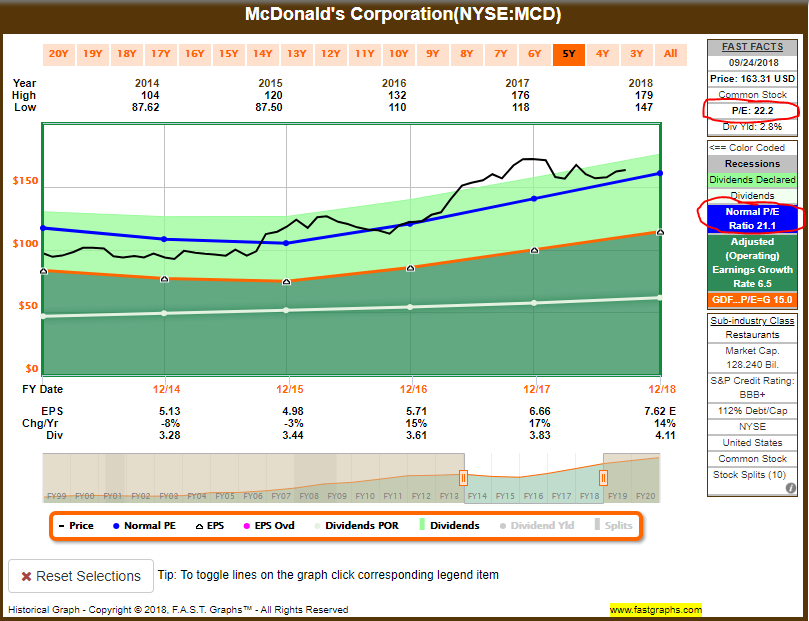 With its 2.8% yield and long track record of dividend growth, it’s little surprise that McDonald’s is so popular among DGI practitioners.

Thanks to the most recent 15% hike, MCD debuts in the IBP as the 6th-largest annual dividend payer out of 17 companies held.

And in my personal portfolio, McDonald’s jumped from being the No. 14 income producer all the way up to No. 7.

Of course, decades of dividend growth have been possible because MCD has steadily increased cash flow, earnings and revenues. It’s been a great performer for generations, and I see little reason to doubt the company’s future.

So bring on the Big Macs, Egg McMuffins and milk shakes … because Mickey D’s sounds like a pretty healthy investment to me!