It’s hard to believe now, but just three years ago many thought the Big Mac was in serious trouble.

Comparable-store sales at McDonald’s (MCD) were ticking down, and the reason seemed 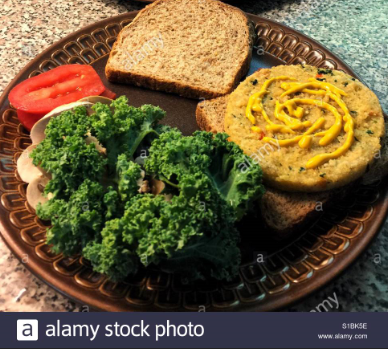 Hamburgers were so 2010 … and The Great Kale Kraze was upon us!

With investors panicking (as investors often do), MCD’s share price fell from $104 to $88 faster than you could say, “I’m not lovin’ it.”

A Dividend Aristocrat that had grown annual payouts to shareholders for four decades, McDonald’s had become one of my largest positions … and I admit I was feeling a little uneasy at the time.

But then I saw this eye-opening QSRmagazine.com list of 2014 burger sales: 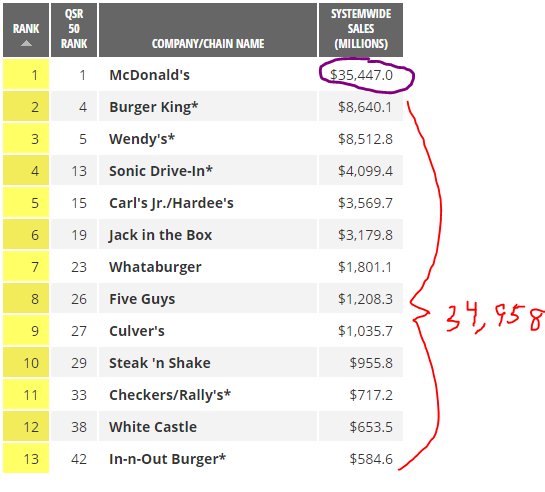 That’s right: Despite the alleged crisis facing McDonald’s, the company had more U.S. sales than the next dozen burger chains COMBINED!

It was obvious to me that Mickey D’s was not a failing business, just one in need of some fresh ideas.

Well, those who have followed McDonald’s at all know what happened next. 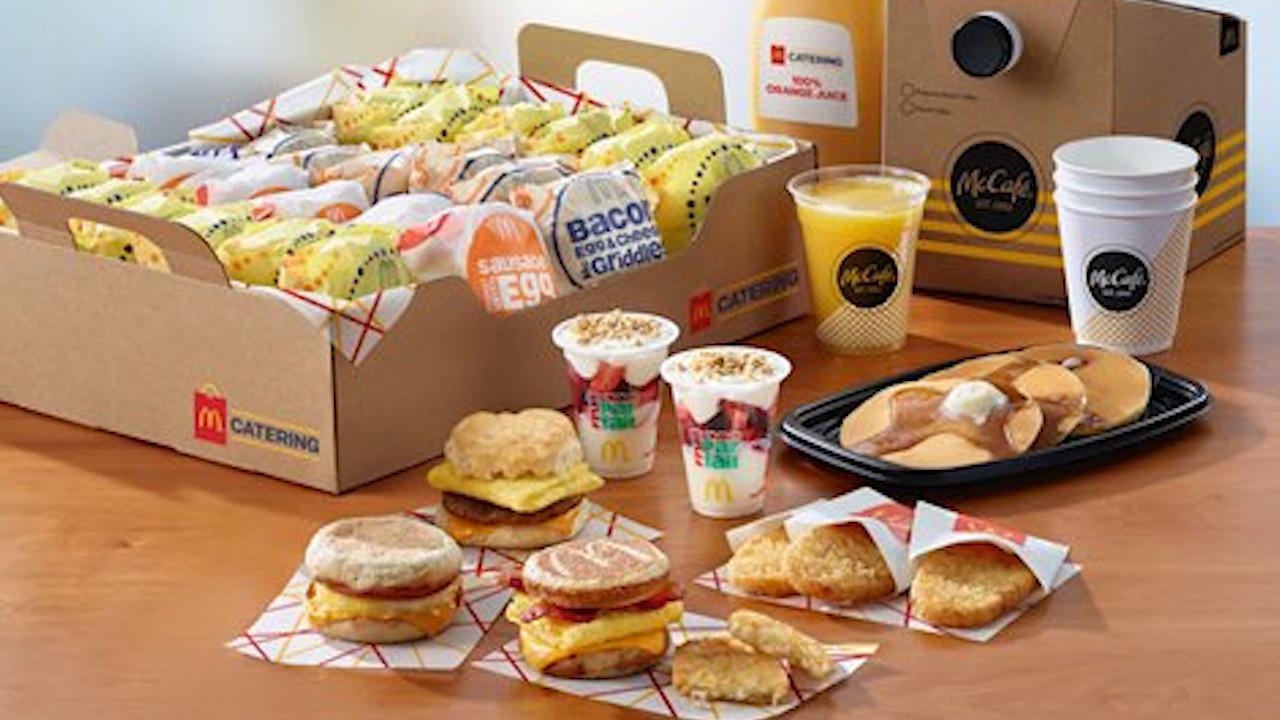 There were other initiatives, too: McCafe coffee products were emphasized, the Value Menu was enhanced, waste was reduced, fresh (rather than frozen) meat was introduced, automation and other innovations were enacted, restaurants were refurbished or rebuilt, etc.

Comparable-store sales increased, investors jumped back in, and MCD over the last three years has easily outperformed not only most of its peers but also the S&P 500 Index during this raging bull market.

Oh, and looking at my own waistline and those of our fellow Americans, I am not too worried about the Kale Kraze ending our addiction to fast food anytime soon (or ever).

I mean, one of the company’s most loyal customers is the super-sized McSnarfer-In-Chief. 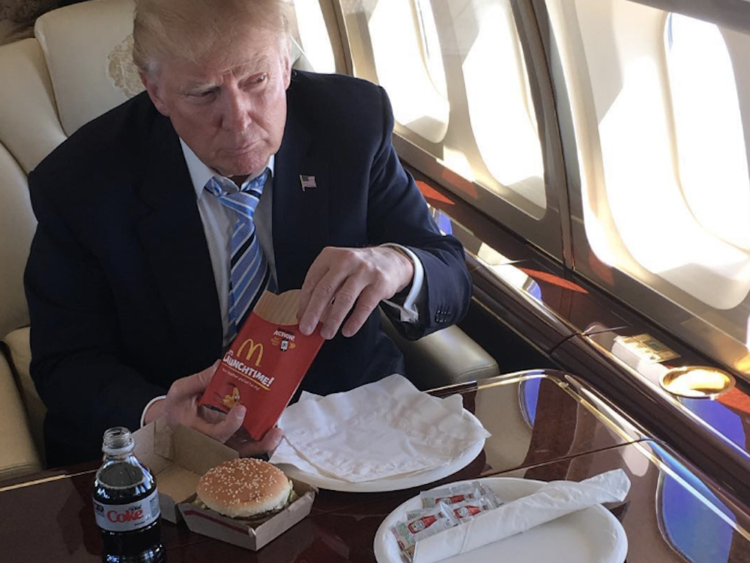 McDonald’s comeback story is a major reason I will execute a purchase order for about $1,000 worth of MCD on behalf of DTA’s Income Builder Portfolio on Tuesday, Sept. 25.

Another reason I chose the company for our real-money, Dividend Growth Investing portfolio: McDonald’s just announced a 15% payout hike, its largest raise this decade, pushing the yield past 2.8%.

Investors were so thrilled with the increase that MCD shares went up nearly 3% Friday to close at $165.30 — just 7.5% lower than its all-time high. 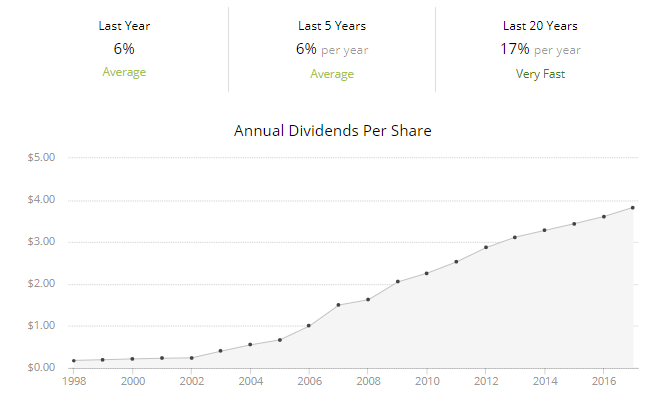 That graphic has not yet been updated to include the most recent hike to $4.64 annually, McDonald’s 42nd consecutive year-over-year raise.

Dividend growth doesn’t happen in a vacuum — or at least it shouldn’t. A company must have good cash flow and earnings growth.

As Easterbrook said in the press release announcing the increase:

Our substantial cash flow enables us to invest in the business to drive growth under our Velocity Growth Plan. We are confident that the Plan will deliver sustained, long-term profitability for our system and our shareholders, which is reflected in today’s increases in our dividend and three-year cash return to shareholders target.

The following FAST Graphs illustration shows how McDonald’s has grown earnings per share for all but 2 of the last 16 years: 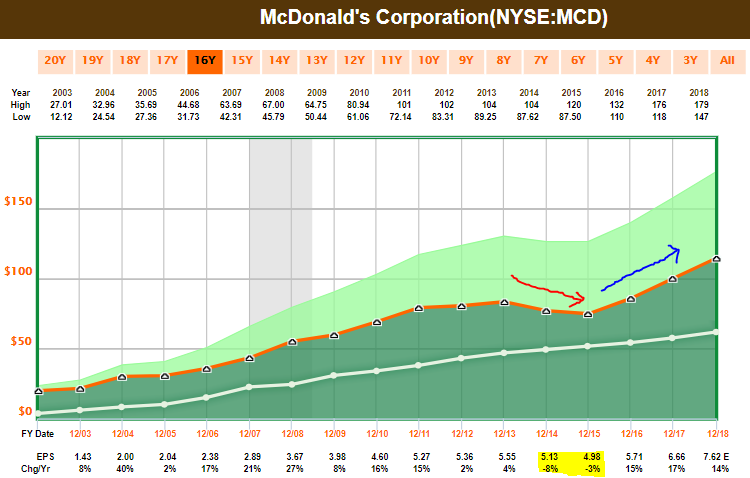 The two down EPS years, highlighted in yellow, led to the 2014-15 share-price decline. But as the blue arrow indicates, there have been double-digit EPS increases since. 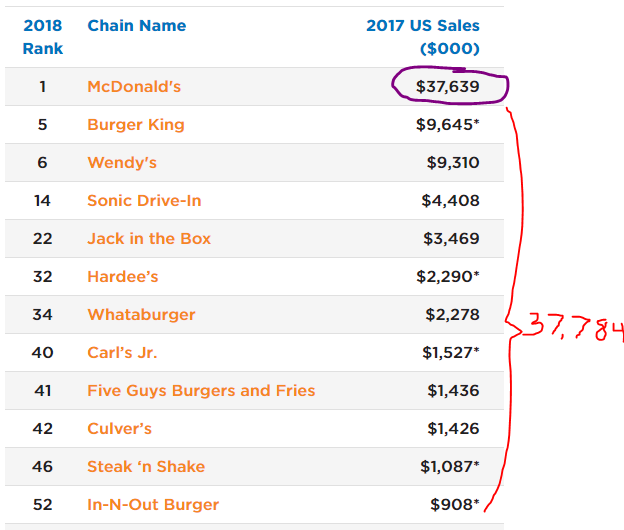 In fact, McDonald’s not only crushes its peers but all restaurants in the United States. Its 2017 sales were in line with the next three largest chains combined: 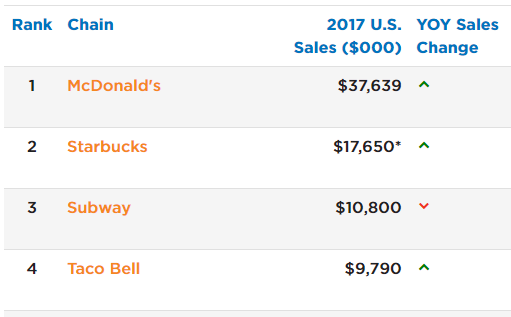 Wow … McDonald’s sure has been selling a lot of all-beef patties, special sauce, lettuce, cheese, pickles and onions on sesame-seed buns (and oodles of other concoctions)!

Even though McDonald’s is officially listed as a “Consumer Cyclical” company (as opposed to “Consumer Defensive”), it played some awesome defense during the Great Recession.

While the overall market tanked, MCD’s share price held firm throughout the second-biggest financial crisis ever.

As the following FAST Graphs illustration indicates, MCD kept right on growing both earnings and dividends during the recession: 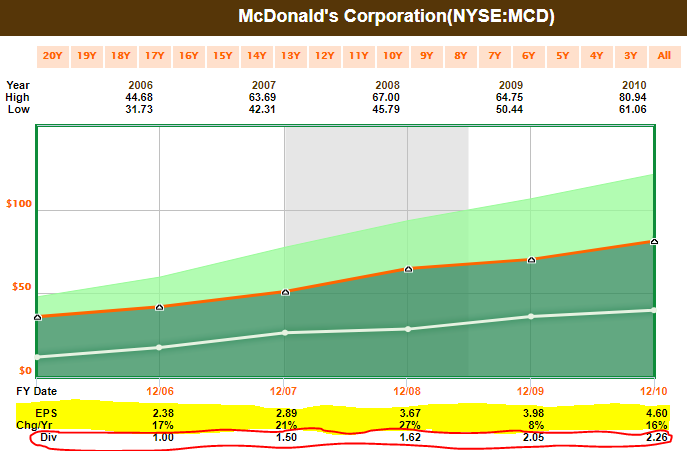 Even as the rest of the market was in turmoil, McDonald’s EPS just about doubled. And its dividend was raised a total of 126%.

One reason I selected spice-maker McCormick (MKC) for the Income Builder Portfolio back in May was its ability to play defense. Well, MCD does D even better.

Even during bad times, folks still want an occasional meal out. When they can no longer afford Ruth’s Chris or Outback or even Five Guys, there’s always Mickey D’s. 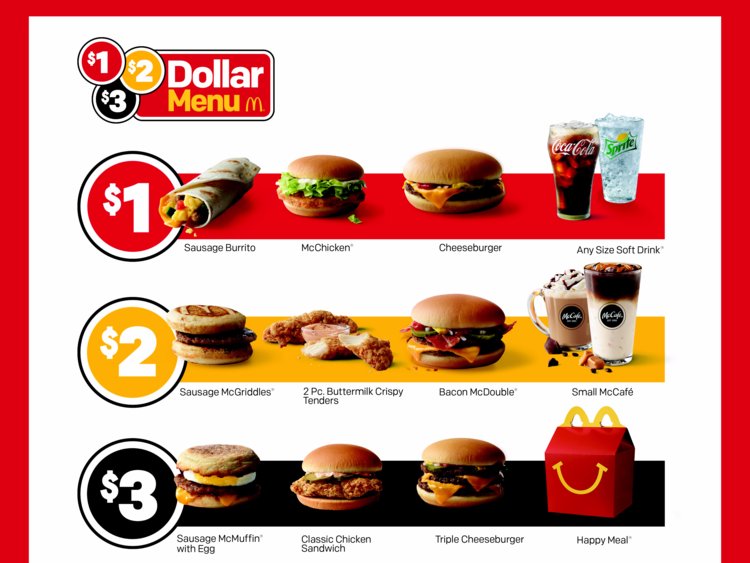 There are plenty of risks within the QSR (or quick service restaurants) industry, and McDonald’s is not immune. Here is Morningstar’s take:

With 60%-65% of total operating profits coming from outside the U.S., McDonald’s is sensitive to economic fluctuations across the globe, including currency movements, minimum wage hikes, and negative publicity tied to food quality concerns. …

While its size affords McDonald’s scale advantages, questions about the agility of its supply chain have occasionally surfaced as the company has expanded.

Yes, given McDonald’s performance the last three years, it seems almost laughable now that so many investors were panicky back in 2015. 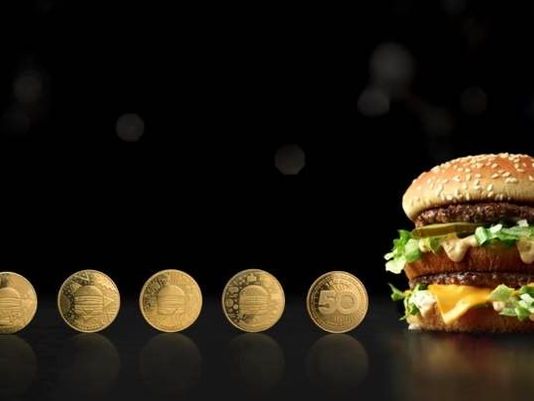 These last couple of months, the Income Builder Portfolio has added slightly more speculative companies with shorter dividend-growth streaks, such as Broadcom (AVGO) and Constellation (STZ).

So it’s both appropriate and comforting to turn back to a Dividend Aristocrat and long-time DGI staple for IBP Position #17.

My post-buy article, to be published Wednesday, Sept. 26, will include valuation analysis and other pertinent information.

As always, investors are strongly encouraged to conduct their own due diligence.