The most recent addition to DTA’s Income Builder Portfolio is a stock that’s a little more speculative than those I usually select.

Furthermore, the company has only a 3-year history of dividend growth, and its 1.4% yield is a bit lower than I typically prefer.

I nonetheless am excited about bringing aboard Constellation (STZ), and I think the major booze purveyor — which also is making a huge bet on the marijuana industry — fits just fine within a diversified portfolio such as the IBP. 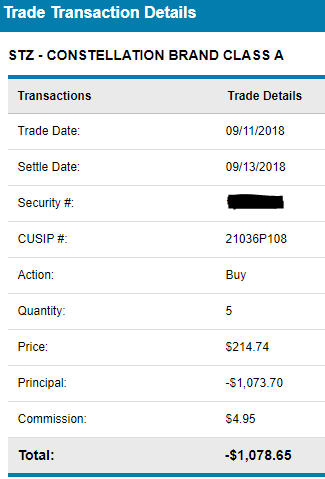 Obviously, I’m not the biggest risk-taker with DTA’s money, so it’s a bit of a departure to add a company that just agreed to spend $4 billion for a significant stake in cannibis producer Canopy Growth (CGC). 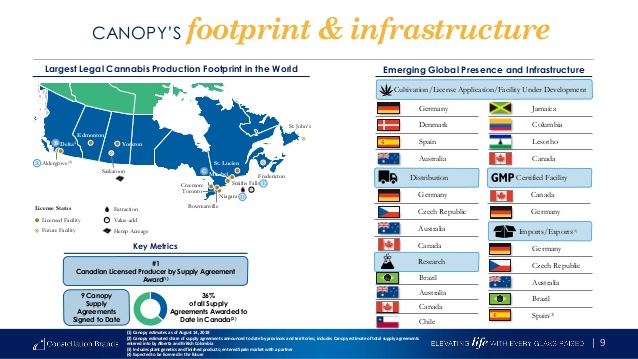 However, as one small piece in this portfolio that we’re building from scratch … $1,000 at a time … over what we hope will be many years …

Constellation, welcome to the club!

There are plenty of reasons to consider Constellation for the IBP (or any portfolio), and the growing dividend certainly was one that caught my eye.

The company’s next dividend will be paid in November, with the Income Builder Portfolio receiving 74 cents per STZ share — or $3.70.

Because the IBP Business Plan mandates that all income produced gets invested right back into each company, that dividend would buy about .017 of a share of Constellation if the price is roughly the same as now.

In three months, the process would be repeated.

It sounds like only a little money, but that’s what is happening all across the portfolio … which is why we named this project what we did.

Simply Safe Dividends rates Constellation’s dividend as “Safe,” with a score of 72 on a 1-100 scale. Here is a little bit more about what SSD has to say about STZ’s payout: 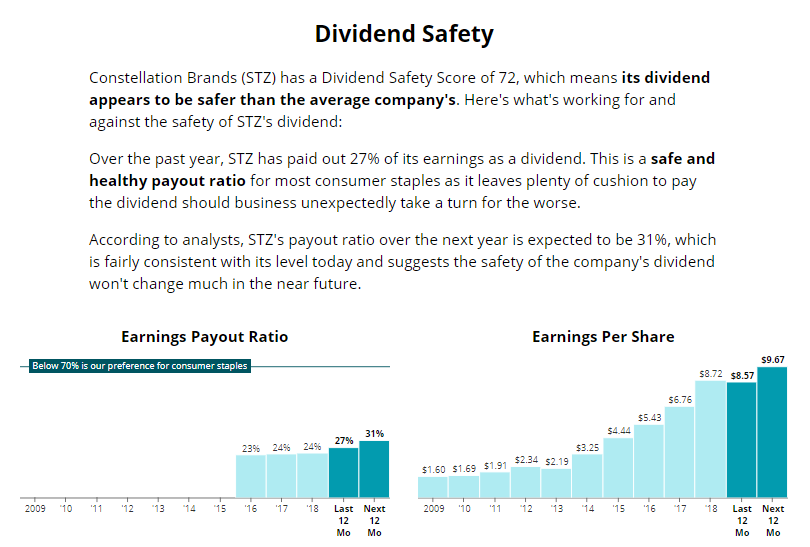 On Sept. 7, analysts at Jefferies said they were more bullish on Constellation than competitors Brown-Forman (BF.B) and Molson Coors (TAP) — rating STZ a Buy (as opposed to Hold for BF.B and Underperform for TAP).

Jefferies gives STZ a $283 price target and says the pullback after Constellation announced its investment in Canopy “creates an attractive entry point” and a “foothold in a rapidly growing market.”

Zacks, on the other hand, says to dump Constellation. Curiously, as I highlighted in yellow, they call the company’s trends and outlook “robust” — which isn’t something one typically would say about a stock one recommends selling.

Morningstar says STZ is a 3-star “fair value,” although its analysts give the company a $202 valuation. 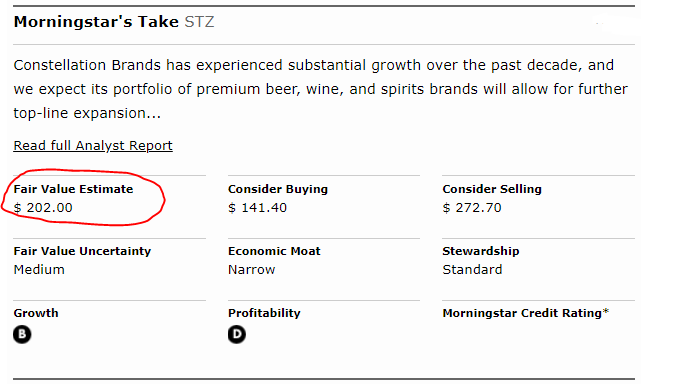 CFRA analyst Jim Corridore thinks Constellation Brands is quite undervalued. He has assigned the company a target price of $288 and a current valuation of $251.

FAST Graphs provides a classic illustration of the importance of time spans when analyzing stock valuations.

In the first graph below, which dates back to before the Great Recession, Constellation’s “blended P/E ratio” of 23.2 is significantly higher than the company’s normal P/E. One can see that not only by the data circled in red but also by the way the end of the black Price line sits well above the blue Normal P/E line. 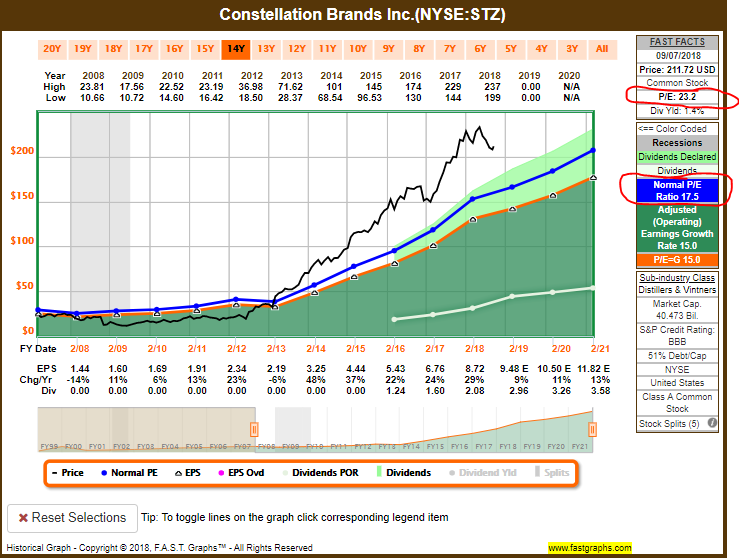 Shortening the time period by only a few years, however, it suggests that the current P/E ratio actually is slightly lower than the company’s norm. In addition to the red-circled data, check out how the end of the black line rests just below the blue line. 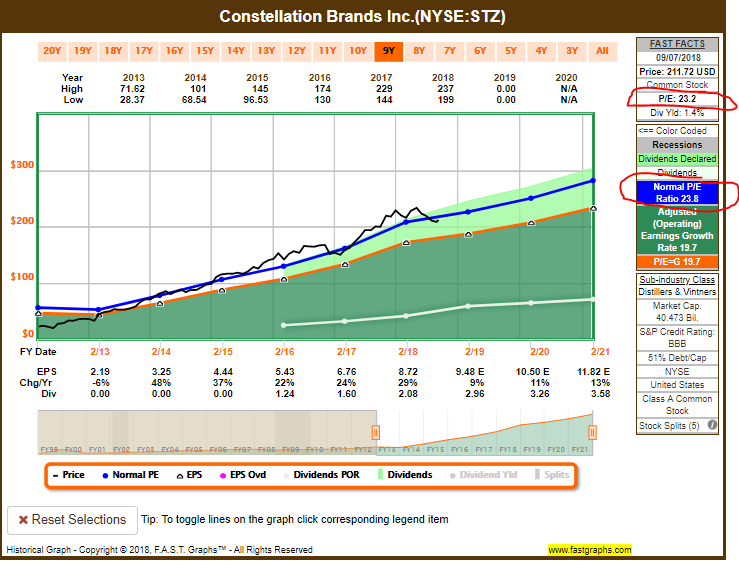 So which FAST Graph look is “right”? Things aren’t as black and white as that; in the end, it’s up to each investor to decide.

I tend to think that the “truth” sits somewhere in between the two views and that STZ is just a tad overvalued. My interest in the IBP owning this company’s proven booze business and its imminent cannibis connection makes a small premium palatable.

Constellation is not some fly-by-night operation that is taking a wild flyer on weed. It is a highly successful producer of some of the most popular alcohol products on the market, and it is making a calculated entry into a burgeoning industry.

Nevertheless, I can see how some investors might shy away from a company that is moving so rapidly into uncharted territory.

The IBP is designed to be an example of a built-from-scratch, diversified, DGI portfolio that includes not only “traditional” names like JNJ and MMM but also has room for interesting, potentially lucrative prospects such as STZ.

It will be fun and educational — and hopefully profitable, from both income-production and total-return standpoints — to chart the long-term performance of Constellation over the next several years.