Folks sitting in a Starbucks always seem so content.

Whether a customer is there to meet friends, to grab a few minutes of quiet time while  enjoying a favorite beverage, or even to take advantage of the free wireless connection to get some work done on the computer, it’s a place of relatively low stress and high satisfaction.

The company’s ability to make its stores more than just places to buy coffee explains why it has become an iconic brand in America and around the globe.

Such businesses are rare, and I love investing in them.

My wife and I own a decent-sized chunk of SBUX stock … and now DTA’s Income Builder Portfolio has taken a little sip of Starbucks, too.

On Tuesday, June 12, I executed a purchase order on Daily Trade Alert’s behalf for 18 shares at $56.65 apiece. 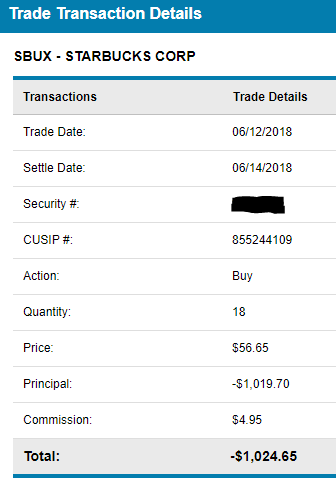 DTA allocates $2,000 per month for two buys, so we will have just a little less than $1,000 available for our second June purchase.

Starbucks is a fine investment for many reasons … and Dividend Growth Investing proponents have about 1.7 billion reasons to choose SBUX.

That’s the approximate number of dollars the company will spend on dividends in 2018 after several years of aggressively increasing its payout to shareholders.

The most recent 20% raise lifted the quarterly dividend to 30 cents per share. So come late August, Starbucks will pay the IBP $5.40.

As mandated by the portfolio’s Business Plan, all dividends are reinvested right back into companies – a no-cost process known as “dripping.” So if SBUX is still trading in the $57 range on its next dividend pay date, the Income Builder Portfolio will receive .095 of a share.

Then, shortly after Thanksgiving, I would expect the IBP to get about $6.51 in SBUX divvies. That assumes another 20% hike to .36/quarter, times the new share total of 18.095. That $6.51, of course, would be reinvested into still more SBUX shares.

Buy, drip, compound … that’s the way to build a DGI portfolio from scratch.

SBUX hasn’t been what I would call “cheap” for a long time. When compared to its normal lofty valuations, however, the stock is pretty attractive now.

Using Morningstar’s fair value estimate of $68 as a guide, the IBP bought SBUX at about a 17% discount. (Note the high “moat” and “stewardship” ratings the company gets from Morningstar, too.) 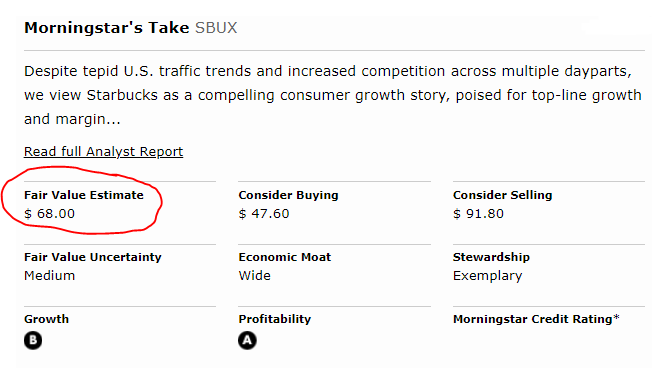 CFRA’s fair value calculation of $64.55 also shows the IBP got a nice “discount,” as the analyst places Starbucks in the “most undervalued” category (highlighted).

Saying the share price could see a 105% advance over the next 3-5 years, Value Line has Starbucks in its model portfolio of “Stocks With Long-Term Price Growth Potential.” 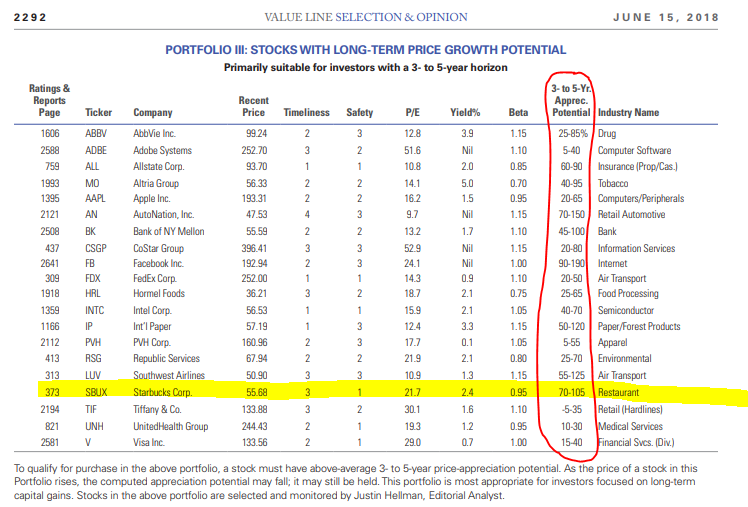 Value Line also considers SBUX to be one of the few “Growth Stocks With Low Risk.”

For the above list, Value Line screened for companies with high safety and financial strength ratings, appreciation potential of at least 50%, compound annual earnings of at least 8% over the past 5 years, expected growth of 7% or more over the next 3-5 years, and a score of 85+ on its “price-stability index.”

Finally, the following FAST Graphs illustration shows just how long it has been since Starbucks had a 24.3 P/E ratio — Feb. 28, 2011 — and how a $10K investment back then would have grown to more than $37K today. 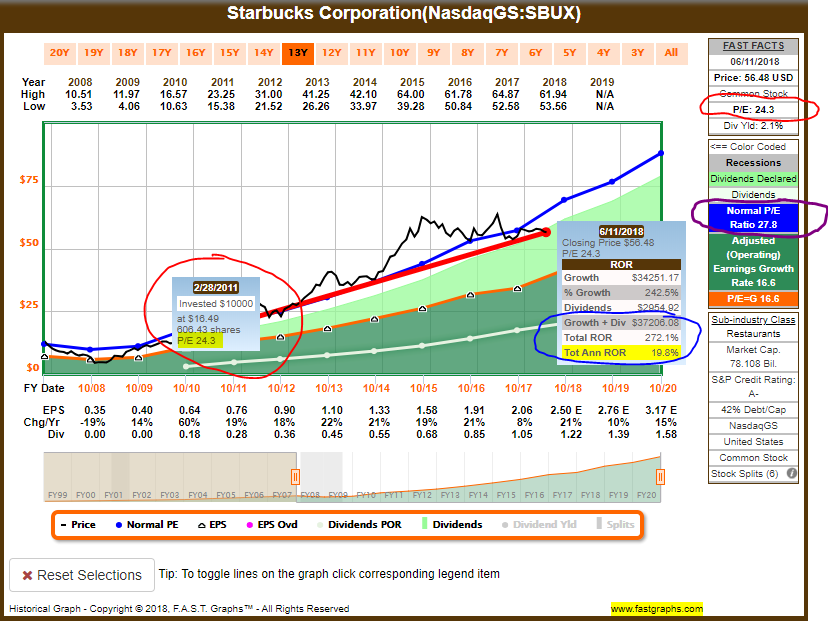 For comparison’s sake, a $10K investment in the S&P 500 Index would have grown to less than $21K over the same time frame. 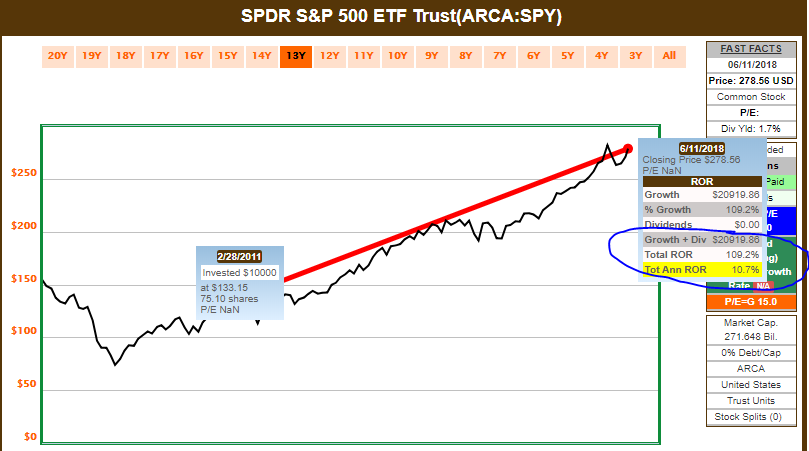 Starbucks has traded in a fairly tight range the last two years. It is such a well-run company, with such loyal customers willing to pay top dollar for such a popular product, that it could be due for a big break-out.

Then again, it could muddle along for another couple of years. Nobody knows for sure, and anybody who claims to know is a liar!

Either way, I feel comfortable owning this feel-good business and this dominant brand — not to mention a company I expect will grow earnings and dividends for decades to come.