A few years back, I wanted to see why my wife seemed to love her daily jolt of java more than she loved me and the kids, so I took a swig from her mug.

It was my second sip of coffee ever; when I was a teenager, I tried my mom’s morning Sanka.

Neither taste changed my belief that coffee is about as appetizing as toxic sludge.

As a Starbucks (SBUX) shareholder, I’m glad that hundreds of millions of people disagree with me. 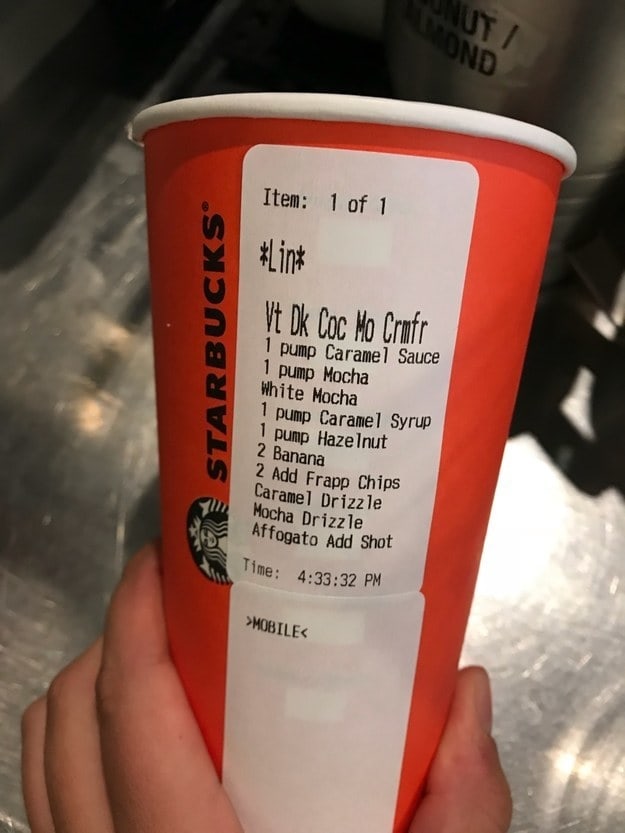 I mean, I don’t even know what affogato is. What I do know is that I like owning shares of Starbucks stock.

I also want DTA’s Income Builder Portfolio to own a piece of this iconic, aspirational brand.

So come Tuesday, June 12, I will execute a purchase order for about $1,000 worth of SBUX — making it the 11th component of our real-money Dividend Growth Investing portfolio.

It sounds a little crazy to say that Starbucks is offering investors an attractive entry point given FAST Graphs’ calculation of a 24.6 “blended” price/earnings ratio. 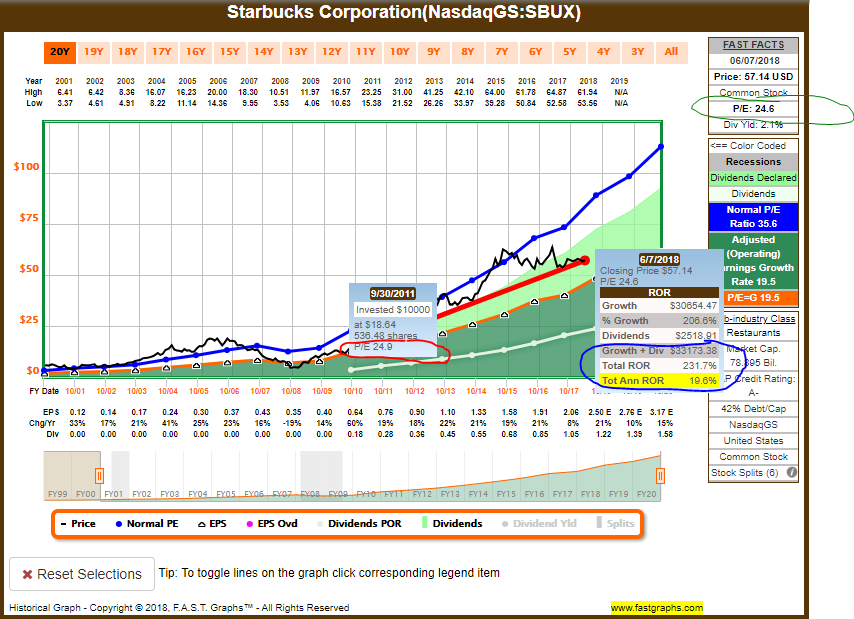 I will take a more thorough look at Starbucks’ valuation in my post-purchase article on Wednesday, June 13, but I needed to get that out front-and-center if I was going to discuss the “why.”

As always, valuation wouldn’t matter much if the company has been poorly run, bleeding money, drowning in debt, cutting its dividend, failing to grow earnings, etc. Thankfully, Starbucks faces none of those issues.

SBUX has been a growth machine this millennium, as indicated by the highlighted line of the FAST Graphs illustration below.

Only during the depths of the Great Recession did earnings per share decline (blue circled area). Most years, EPS grew by double digits, and that is expected to continue the next several years (red circle). 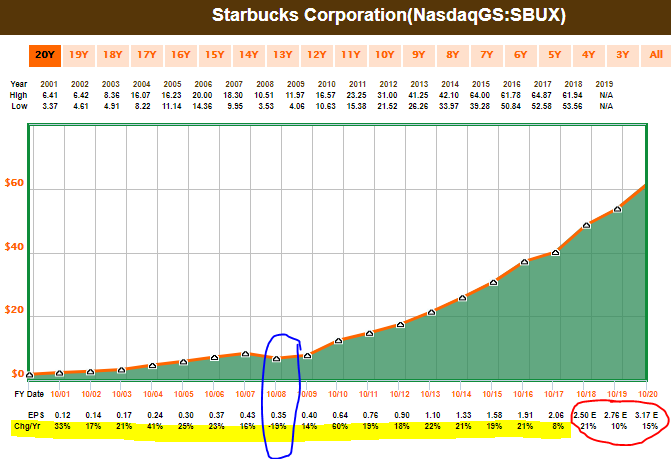 In three decades’ time, Starbucks has grown from 11 stores in Seattle to more than 28,000 in 76 countries. In the first quarter of 2018 alone, SBUX opened nearly 500 new stores.

Those who live in a city with lots of Starbucks might wonder where the company is putting those new stores.

I’m reminded of a 1998 article in The Onion satirical newspaper headlined: New Starbucks Opens In Restroom Of Existing Starbucks. I’m also reminded of a 2000 episode of The Simpsons in which Bart visits a mall filled entirely with a certain coffee purveyor. 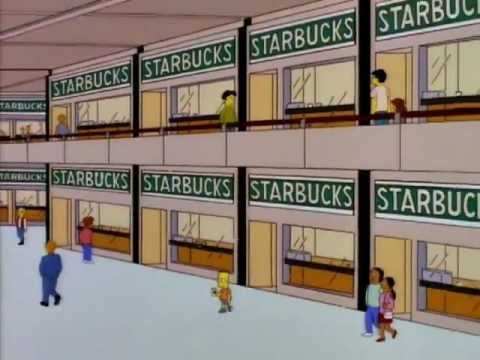 The fact is, there are still plenty of markets in which Starbucks can expand, from rural areas of the United States to populous foreign lands such as India, Indonesia and, especially, China.

Last month in Shanghai, the company held its first “China Investor Day.” Among the many facts to come out of the event: By 2022, Starbucks plans to nearly double its footprint there to 6,000 stores and aims to triple its revenue.

Howard Schultz, the flamboyant SBUX executive chairman who just announced that he would retire June 26, told Reuters that there would be 10,000 stores in China within a decade, overtaking even the U.S. count. 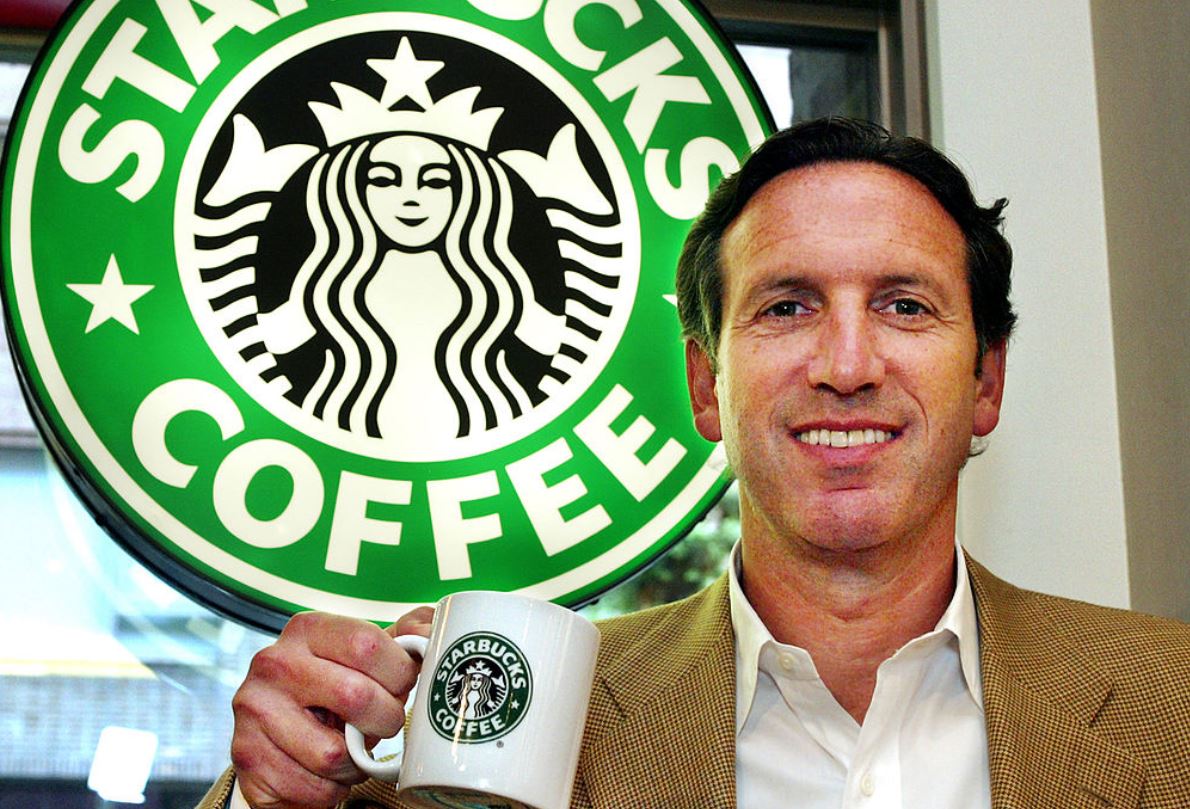 Reuters said Starbucks made $3.24 billion in China/Asia Pacific revenue in the past financial year while operating income was $764.8 million.

Also in May, the company received $7.15 billion from Nestle (NSRGY) for the right to market, sell and distribute Starbucks products, including Seattle’s Best Coffee, Teavana teas and VIA instant coffees.

It’s the ultimate win-win for Starbucks, which retains a significant stake in licensing and supplying the products.

Kevin Johnson, who last year succeeded Schultz as president and CEO, said the SBUX brand would become ever more visible because Nestle is the world’s largest food and beverage company.

This global coffee alliance will bring the Starbucks experience to the homes of millions more around the world through the reach and reputation of Nestle. This historic deal is part of our ongoing efforts to focus and evolve our business to meet changing consumer needs.

At its first-quarter earnings call, on April 26, Starbucks said comparable store sales rose 2% year-over-year, a tick better than analysts’ 1.9% consensus estimate. Revenue was up 2% in the Americas and 3% in China/Asia-Pacific.

Operating margin fell by 16.2%, including 20% in the Americas, but U.S. membership in the Starbucks Rewards program increased by 12% to nearly 15 million customers.

All in all, some pretty strong numbers.

And speaking of strong numbers … Starbucks’ dividend has been on a caffeine high ever since the company started paying it in 2010. 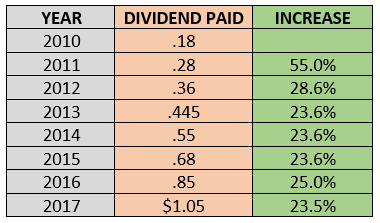 The above table shows split-adjusted dividends, and it doesn’t include the 20% raise for 2018 because only two quarters have been paid so far.

Five years ago, SBUX barely yielded 1%; now its dividend yield is over 2%. That’s awfully nice for what has been a growth stock.

Obviously, Starbucks can’t keep raising its dividends by 20% or more annually for decades. But as long as earnings keep going up, and the payout ratio stays reasonable (it’s now about 50%, which is fine), expect healthy increases for years to come.

The Nestle deal strengthens the leadership Starbucks has in its industry, and Morningstar was already giving the company a “wide moat” designation:

For one thing, as the above Morningstar excerpt says, there is competition aplenty.

With its McCafe, McDonald’s (MCD) has become a strong player in the field in a relatively short time, and Dunkin’ Brands (DNKN) is no slouch. Plus, every town of any size has coffee shops, and many folks prefer local to a national behemoth. 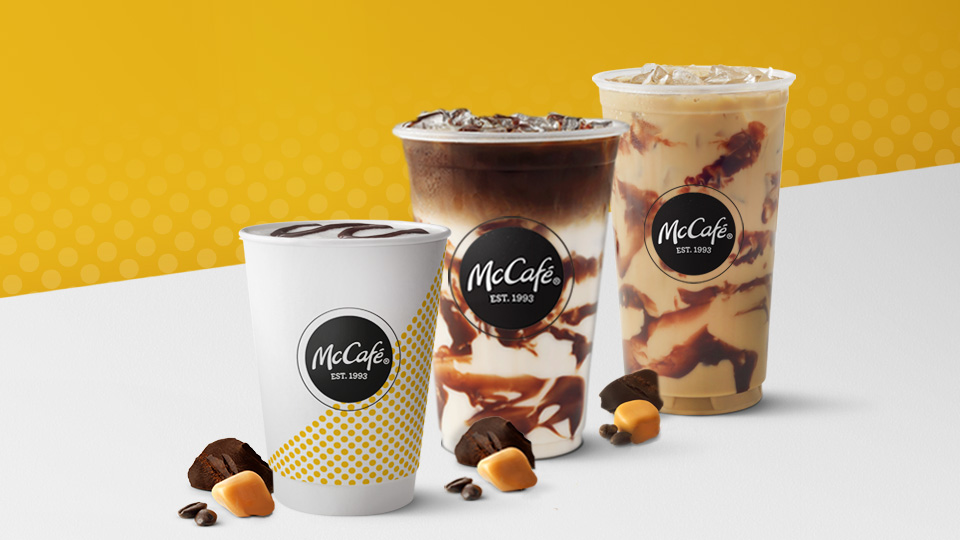 Under Schultz — a long-time supporter of Democratic causes who has hinted he might run for office, perhaps even for president — Starbucks has taken numerous moral stances, angering some customers and shareholders while pleasing others.

Johnson has said he would continue taking social stands, rankling those who would prefer to keep politics out of business as much as possible.

Most recently, after a Philadelphia store manager called the police to deal with two black men who were causing no trouble but who asked to use the restroom without having made a purchase, Johnson — with Schultz’ full support — ordered all U.S. stores closed the afternoon of May 29 so employees could undergo anti-bias training.

Schultz actually first stepped away from leading Starbucks in 2000, and the company soon started struggling. New management was criticized for branching out too far and too fast. It seems few people wanted to buy music at a coffee shop.

Fortunately for Starbucks and its shareholders, Schultz came to the rescue in 2008.

Will his absence be troublesome again? Johnson has seemed quite Schultz-like in his year-plus as CEO, and Morningstar calls the company’s leadership “exemplary.” Time, though, will be the ultimate judge.

One of Starbucks’ main selling points has been its appeal to those who aspire to drink premium beverages. It is fashionable to chill with friends while sipping a latte. For many, holding a Starbucks cup is a sign of success.

In a recession, however, Starbucks might be seen as an unaffordable luxury, and coffee drinkers could “trade down” to cheaper brands.

During the Great Recession, SBUX share price fell nearly 70% — even worse than the overall market. 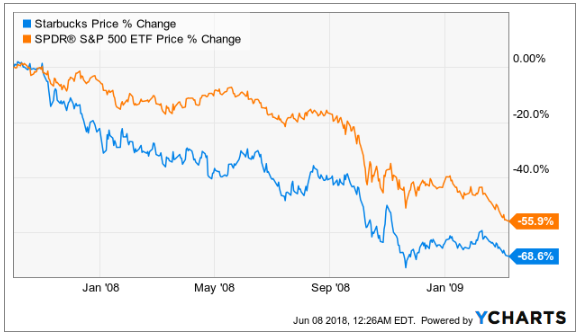 Hope is not a sound investment strategy … and yet I don’t feel bad about saying I hope the next recession will not be so hard on Starbucks.

I do believe the brand has been strengthened considerably in the years since the last market meltdown, and I am encouraged by the company’s aggressive push into China and other countries.

So even though I’d rather punch myself in the face than drink a cup of coffee, I feel pretty darn good about Starbucks being one of my personal stock holdings. And I consider it a worthy addition to the Income Builder Portfolio.

As always, I urge investors to do their own research. A good place to start would be by reading my Daily Trade Alert colleague Dave Van Knapp’s detailed analysis of SBUX from last September.

The data has changed some, obviously, but the overall investment thesis has not.