There is a reason a Lexus costs more than a Kia, Levi’s are pricier than store-brand jeans and a craft beer 6-pack fetches a higher price than a dozen Bud Lights.

If you want quality, you usually have to pay extra for it.

I have found that to be the case in investing, too. I love a bargain as much as the next shopper, but occasionally the best brands in investing simply have higher price tags.

I recently executed a purchase for several shares of spice-maker McCormick (MKC) on behalf of DTA’s Income Builder Portfolio.

As I said in my article about the transaction, I thought so highly of the company after researching it that I bought some for my personal portfolio, too … even though MKC was no screaming bargain.

That got me thinking about the five other positions I established during the past year – Costco (COST), Visa (V), Honeywell (HON), NextEra Energy (NEE) and Mastercard (MA) — and about the fact that every one of them was considered “overvalued” by most analysts at the time.

(Note: During the same time span, I bought additional shares of several companies I already owned. For the purpose of this article, I am discussing the new positions I most recently initiated.)

Although I strongly consider valuation when evaluating candidates for investment, I really wanted to own those high-quality companies.

And I was getting tired of waiting for the prices to come down to where they supposedly were fairly valued … because it simply wasn’t happening.

So I said, “To heck with it,” and bought them anyway.

Six to 12 months later, to say I am happy with the results would be an understatement.

The average gain has been 21%. And as a Dividend Growth Investing practitioner, I am doubly thrilled because they have increased their payout by an average of 16% since I bought them.

Those were just my initial purchases of the five companies. I also added to a few of them over the ensuing months.

As nice as it is to look at the above results, all of that is in the past.

Investing is a forward-looking endeavor, and it’s more useful to ask if any of these companies should be considered today.

The Income Builder Portfolio already owns NextEra Energy but I wouldn’t mind adding more, and the other four in this group certainly are IBP candidates. In previous articles, I discussed Visa and Mastercard HERE, and Costco HERE.

In addition, I am always looking to add to the quality companies I own in my personal portfolio.

If reasonable valuation is the No. 1 consideration, however, it is challenging to make a case for any of them. 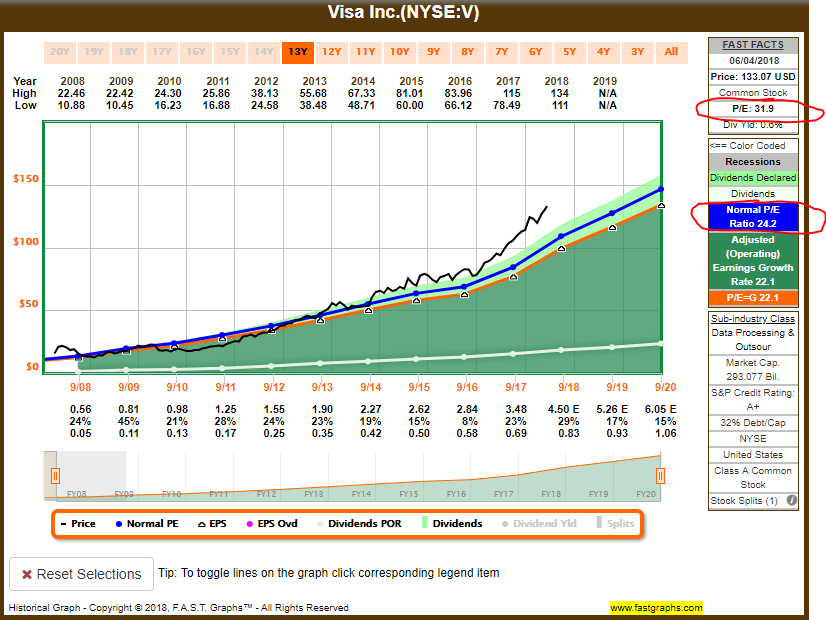 Heck, Visa was considered “overvalued” when my daughter Katie initiated her position at $77.53 in April 2016. I’m pretty sure she’s glad she bought it anyway.

Mastercard, the other half of the world’s great credit-card duopoly, is arguably even more overvalued than Visa is. 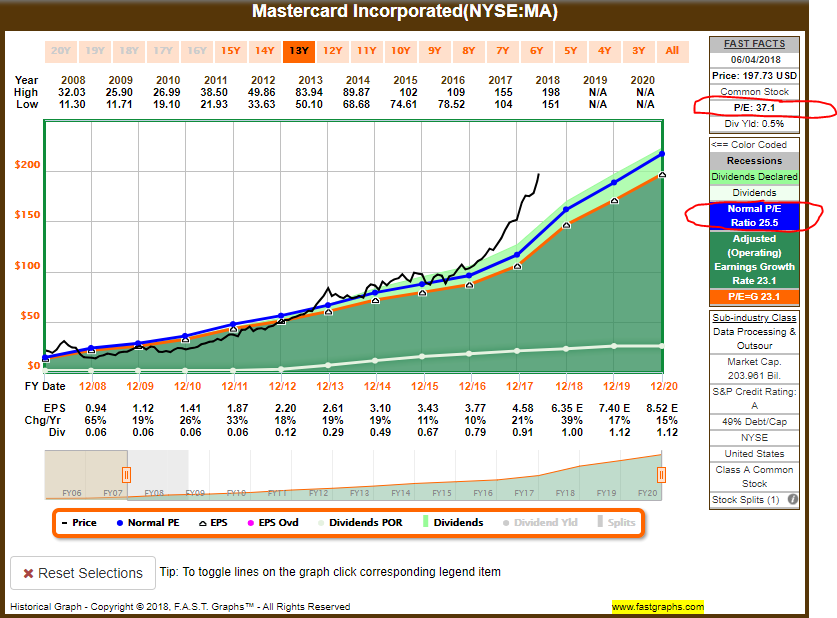 But again, it had a P/E ratio around 33 when I bought it at $146.47 in early December … and it’s been my single best performer since then.

The Cost Of COST

Costco is another one that is just about always overvalued, and that’s the case right now. 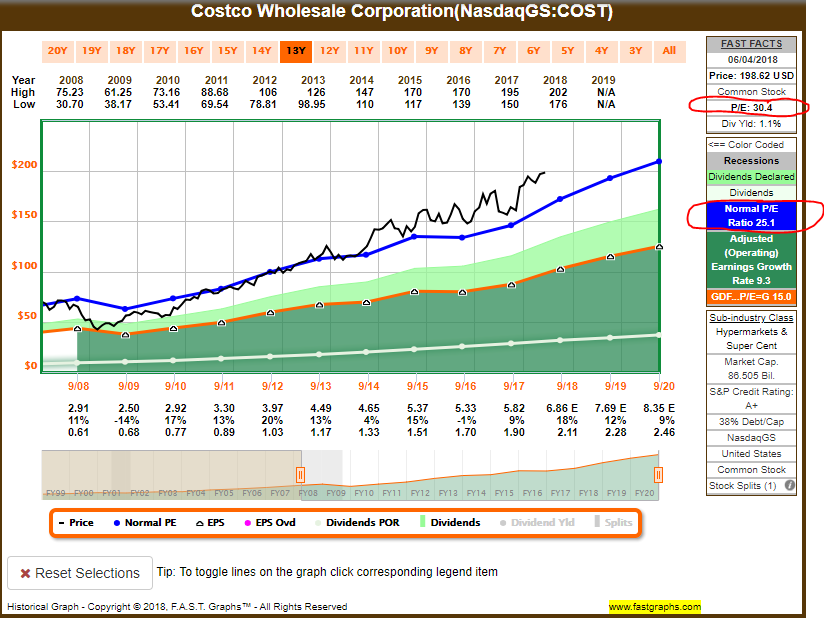 So does an investor buy COST because he or she loves its incredible business model, or does the investor wait for a better opportunity?

For companies such as COST, V and MA — which pay such small dividends — DGI practitioners have relatively little income-related incentive to buy. They have to want “growthier” stocks, and they have to be willing to look the dividends those companies produce as nice little bonuses.

NextEra might be the best regulated electric utility out there, but for me it’s never easy to pay more than 20 times forward earnings for a utility.

The company did just announce that it was purchasing some assets from Southern (SO), and those look to be very attractive to NEE’s long-term future — as indicated by the following two slides from NextEra’s presentation on the deal: 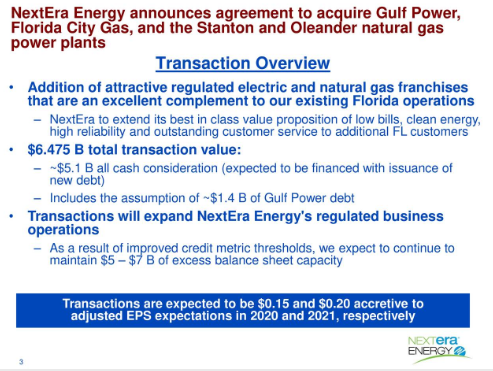 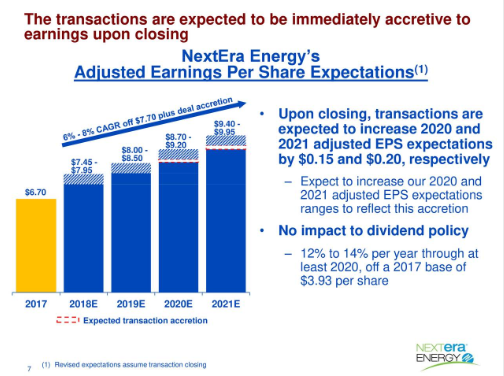 Finally, there is Honeywell, an industrial conglomerate with a massive footprint, a point driven home by this slide from last month’s Electrical Products Group Conference: 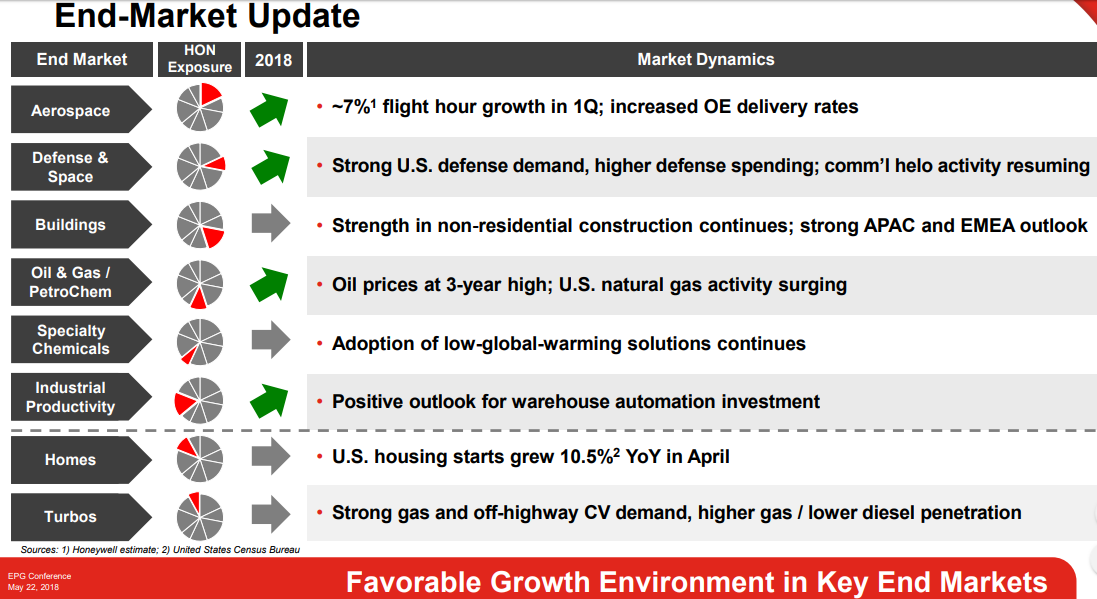 Of the five most recent companies I added to my personal portfolio, HON is the closest to being fairly valued, with a forward P/E ratio of about 19 and a dividend yield right around its historic average of 2%.

Cheapskate that I am, it’s never easy for me to ignore valuation. But it also isn’t easy to ignore results: The two “extremely overvalued” companies I bought in 2017 — Mastercard and Visa — have been my best total-return performers.

I will continue to look for opportunities to buy more V and MA for myself on dips. If I am looking to diversify the Income Builder Portfolio with high-growth, low-yield companies — and eventually, I might be — they are two of the best. 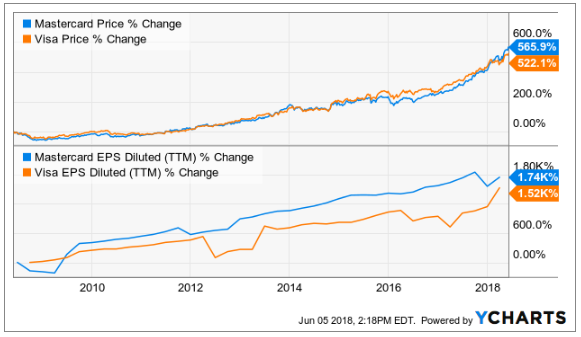 Costco’s combination of high valuation, low yield and highly competitive industry makes it a tougher buy for me at these levels.

NEE and HON are the closest to fair value. Honeywell is a more likely near-term target for the Income Builder Portfolio because we already own NextEra; HON’s price also is a little more appealing.

As always, each investor should conduct his or her own due diligence.

Our next IBP selection will be revealed on Saturday, June 9.