Those who have been following the Income Builder Portfolio since its inception three months ago know that I’ve got a thing for iconic brands.

There’s something about owning companies that are known worldwide, that are leaders in their industries, that evoke images of enduring excellence.

That’s a major reason our real-money, real-time, built-from-scratch portfolio is about to add one of the most beloved and recognized brand names on the planet. 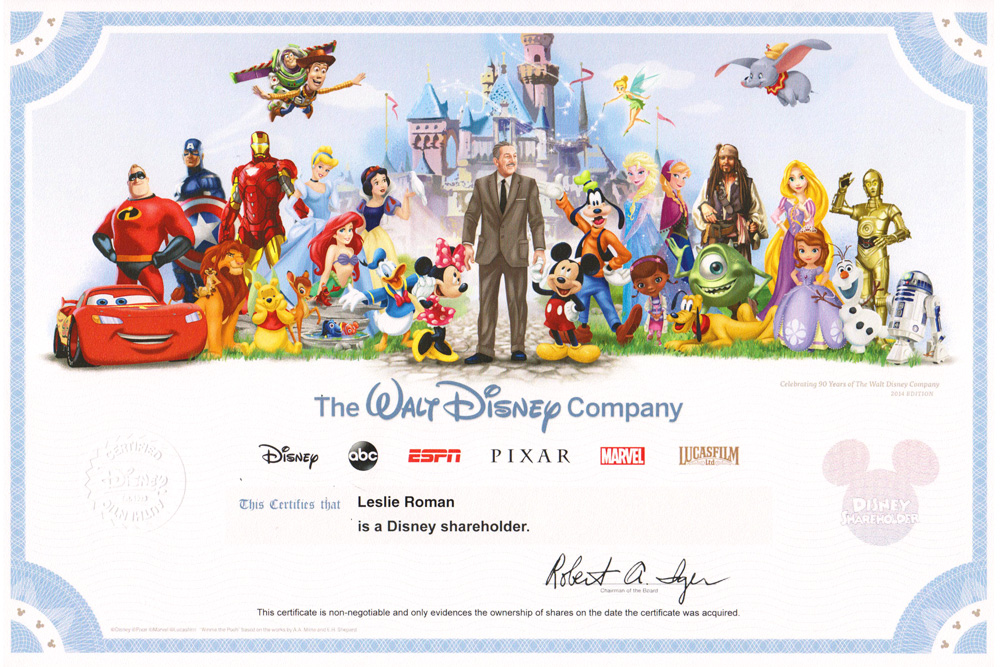 Yes, the IBP will be welcoming Mickey and Dumbo, Beauty and the Beast, Buzz Lightyear and Wall-E, Roseanne and Dick Vitale, Spiderman and Black Panther, Luke Skywalker and Yoda.

You might have heard of a few of them.

The Force was with Disney decades before the company bought Lucasfilm and its Star Wars empire in 2012.

Ever since Steamboat Willie introduced the world to Mickey Mouse back in 1928, consumers of entertainment have been enthralled by the company’s characters and storylines.

But enough nostalgia. That’s not why we’re buying Disney.

CEO Bob Iger and his management team are firm believers that those who sit still get passed by. So …

Shanghai Disneyland opened in 2016, Star Wars: The Last Jedi and the Beauty and the Beast remake were 2017’s top grossing films, and Black Panther has been the smash hit of 2018.

Also, ESPN’s online streaming service is scheduled to launch on April 12. And if regulators approve, Disney will complete its acquisition of 21st Century Fox (FOX) by the end of this year.

Those are just recent examples of the ways this empire keeps growing.

No wonder Disney’s earnings-per-share line has risen beautifully since the turn of the millennium. The following FAST Graphs illustration shows only two notable EPS declines — one during the dot-com crash, the other during the Great Recession: 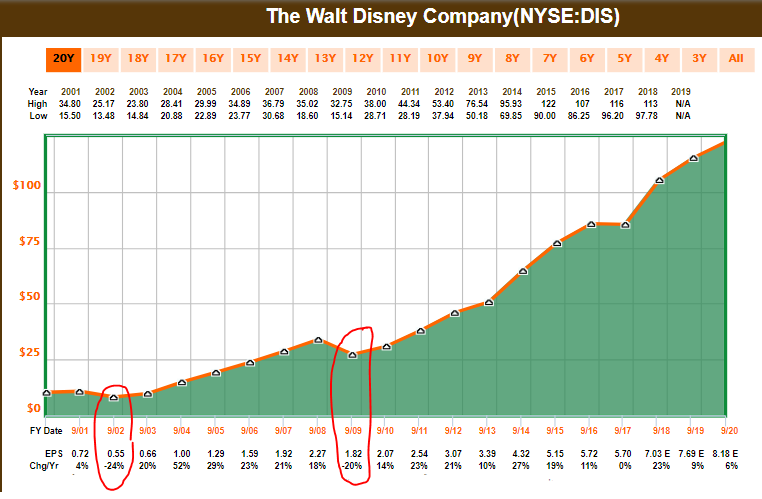 Disney emerged strongly from the recession to be a free-cash-flow machine. Only one recent year has had even flat FCF; the others have been big winners: 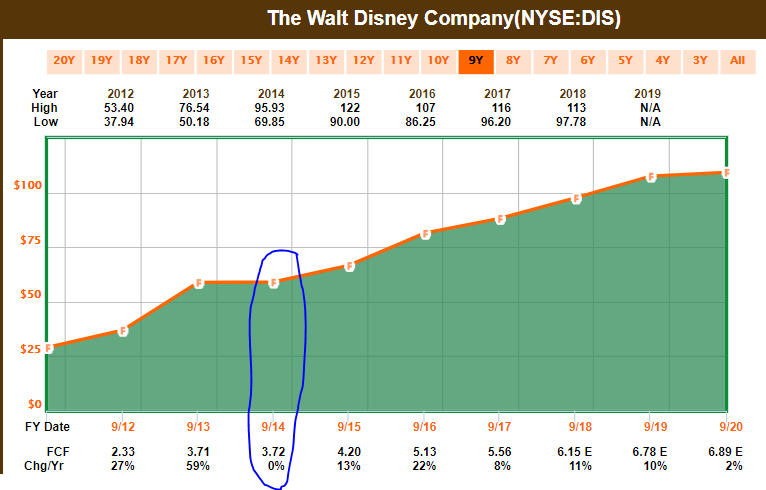 “We are strategically positioning our businesses for the future, creating a more effective, global framework to serve consumers worldwide, increase growth, and maximize shareholder value. With our unparalleled Studio and Media Networks serving as content engines for the company, we are combining the management of our Direct-to-Consumer distribution platforms, technology and International operations to deliver the entertainment and sports content consumers around the world want most, with more choice, personalization and convenience than ever before.”

Kevin Mayer has been promoted from chief strategy officer to head the Direct-to-Consumer and International segment. Bob Chapek, chairman of Disney’s parks and resorts, adds oversight of the Consumer Products business.

Many long-time Disney observers believe that either Mayer or Chapek will take over at CEO when Iger — who has been talking about retiring for some time — finally hangs up his magic wand within a few years.

Value Line gives Disney its top Safety score of 1 and its highest Financial Strength rating of A++.

DIS commands a fine A+ credit rating from Standard and Poor’s.

And I just love this graphic from Jefferson Research: 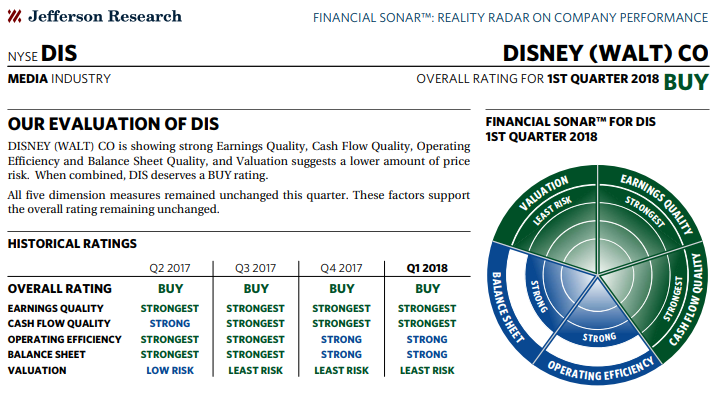 D Is For Disney … And Dividends

At about 1.7%, DIS will become the lowest yielder in the Income Builder Portfolio.

And some Dividend Growth Investing practitioners aren’t thrilled about getting paid only twice a year rather than quarterly, as is the case with most U.S. companies. (DIS only had paid once annually until 2015.)

Nevertheless, it’s easy to appreciate the way Disney has grown its dividends this decade: 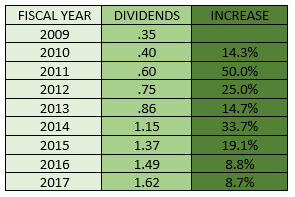 Simply Safe Dividends gives Disney a near-perfect Safety score of 99 (on a 1-to-100 scale), citing the company’s reasonable amount of debt and a low payout ratio that makes future substantial payouts likely.

So It’s All Hakuna Matata, Right?

Well, there are reasons Disney has been trading in a fairly narrow range for much of the last year and a half. 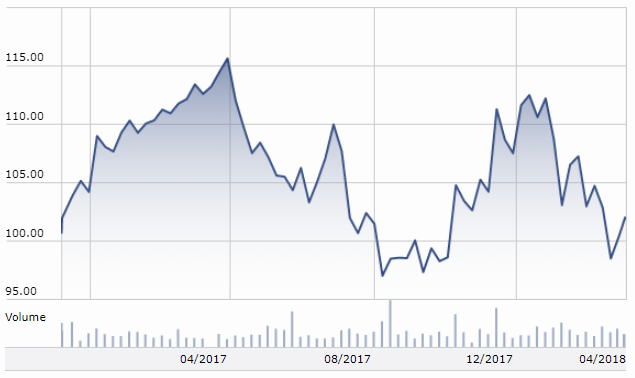 Analysts keep expecting Disney’s price to break out — Morningstar, for example, has had a $130 Fair Value Estimate — but it doesn’t happen. DIS closed Friday at $100.35.

Much angst is centered around ESPN’s multi-year trend of losing subscribers — about a 13% decline since 2011 — as more households cut the cord and don’t choose streaming packages that include the sports network. 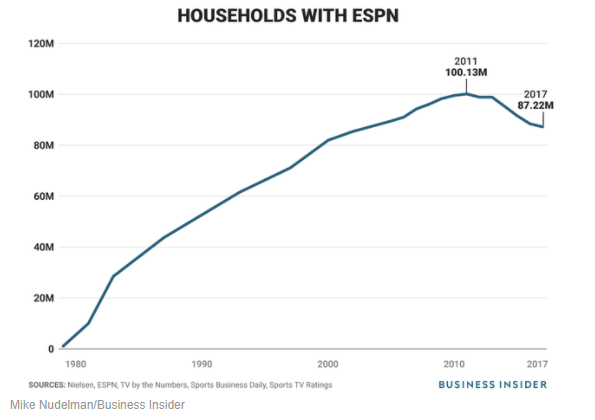 Disney hopes ESPN’s new $4.99/month streaming service will help steer the line in the above graphic back on an upward arc.

Many worry that the 21st Century Fox deal will not be approved. If the Department of Justice rejects an AT&T (T) bid for Time Warner (TWX), the feeling is that Disney’s acquisition of Fox also could be in trouble.

In addition, there are concerns about who will succeed Bob Iger … and if the successor will be anywhere near as successful a CEO.

Despite some of the challenges the company faces, I am very comfortable with DIS as a long-term, high-quality, dividend-growing investment.

Disney remains an extremely attractive world-wide brand with an almost limitless future, and Mickey Mouse is as iconic a symbol today as he was nearly a century ago.

Next Wednesday, April 11, we will publish an article recapping my DIS purchase for the Income Builder Portfolio, as well as a look at the company’s valuation and other pertinent information.