Today I am presenting some major bricks-and-mortar retailers for my Income Builder Portfolio watch list … but first, an admission:

As an investor, it is not one of favorite industries.

I am not a “bricks-and-mortar fatalist” who believes all retail will succumb within 10 years to e-commerce in general and Amazon (AMZN) in particular.

I firmly believe that a decade from now, millions and millions of shoppers still will be going to Walmart (WMT) for everyday stuff, to Costco (COST) for large quantities of high-quality items, and to various TJX (TJX) outlets (such as T.J. Maxx, Marshalls and HomeGoods) for off-price clothing and home products.

Anybody who casually dismisses the Amazon Effect, however, is asking for trouble.

The online retailer is like a giant jellyfish, its tentacles reaching everywhere, each filled with venom for its rivals. 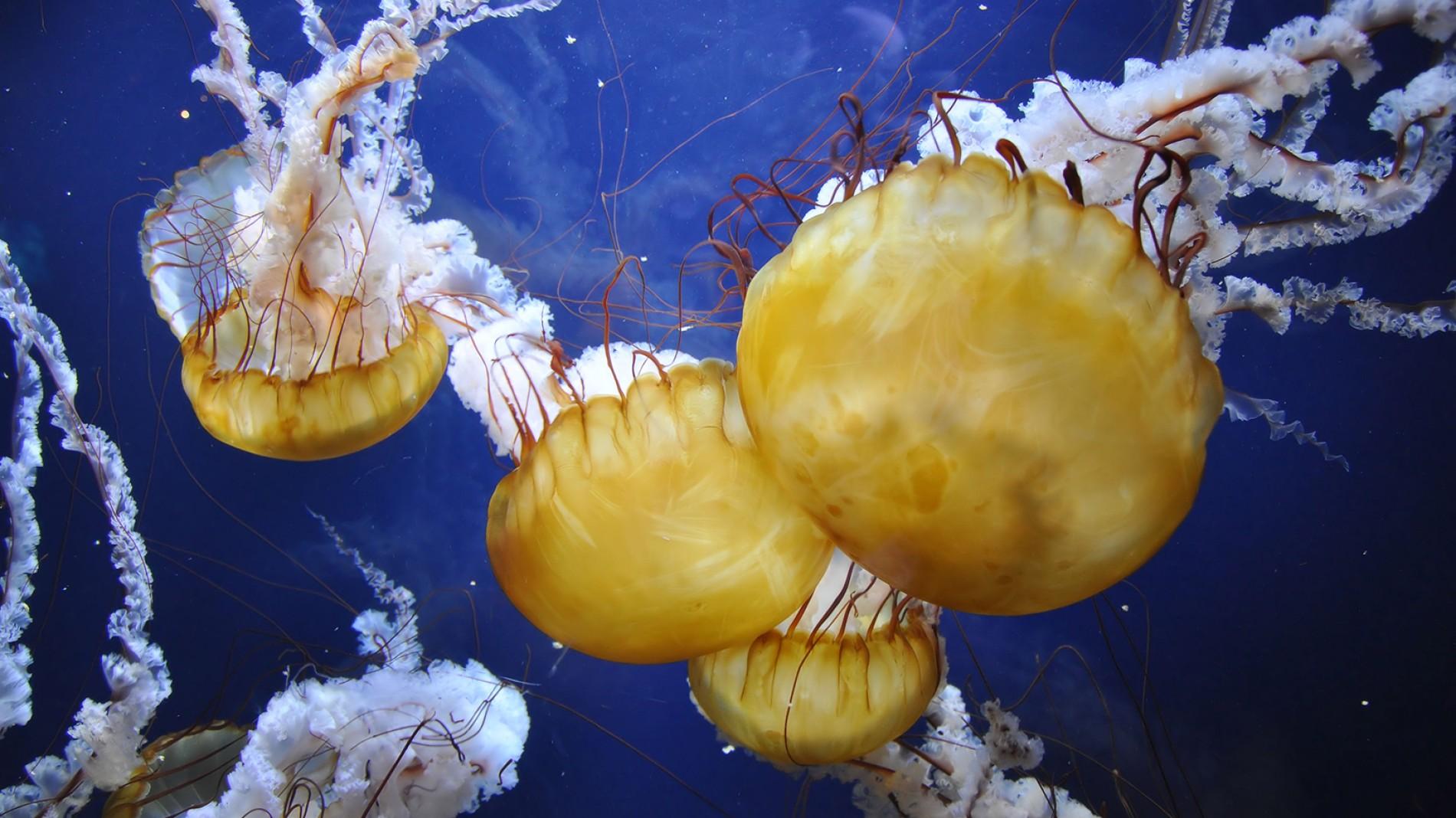 And it’s not as if Amazon is alone in taking away market share from B&M enterprises.

There also are Ebay (EBAY), Overstock.com (OSTK), China’s Alibaba (BABA) and JD.com (JD), Groupon (GRPN), and so many others. Heck, Apple (AAPL) is ranked high on any list of top online retailers by sales volume (as are Walmart and Costco).

The announcement last week that Toys R Us is going out of business shows just how real the e-commerce threat is to all retailers.

Costco is the only big-box general retail stock I own, and I am unlikely to put many such companies into the IBP – the real-time Dividend Growth Investing portfolio I am building on behalf of Daily Trade Alert.

Here is a closer look at the seven bricks-and-mortar retailers on my Income Builder Portfolio watch list, ranked in order of the dividend safety score each received from Simply Safe Dividends (last column – “SSD”):

Costco has a low yield but it received a near-perfect score from SSD (yellow shaded box in table) thanks to the company’s consistently good earnings and free cash flow, its low payout ratio and its acceptable debt level.

Here is a breakdown of the point values assigned by Simply Safe Dividends, whose founder, Brian Bollinger, contributes to DTA’s 9 Best Stocks to Own Right Now:

Costco also was one of two companies to receive both Morningstar’s wide moat designation (orange shading in table) and Value Line’s top Safety score (red). Walmart was the other.

I like Costco mostly because its business model is one of the best in this or any industry.

Customers pay annual membership fees just for the right to shop in Costco warehouses, so the company rakes in billions of dollars before it sells a single product. COST has amazingly loyal members, with a 90% retention rate last year despite having raised the price of membership. 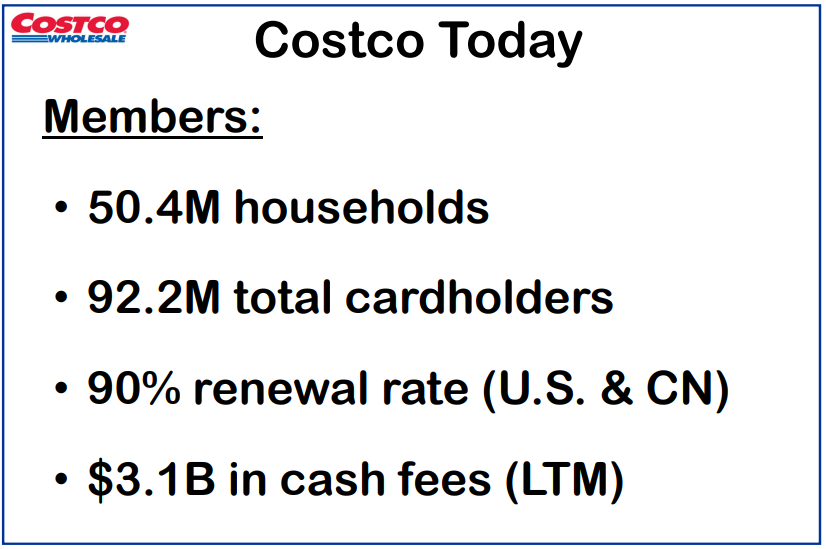 The biggest problem with Costco? It almost always trades at such a premium price. The company is growing, but is it really growing enough to justify a P/E near 30?

Ross Stores and TJX have low yields but impressive histories of dividend growth, and each is closing in on Aristocrat status (25 straight years of divvy hikes). 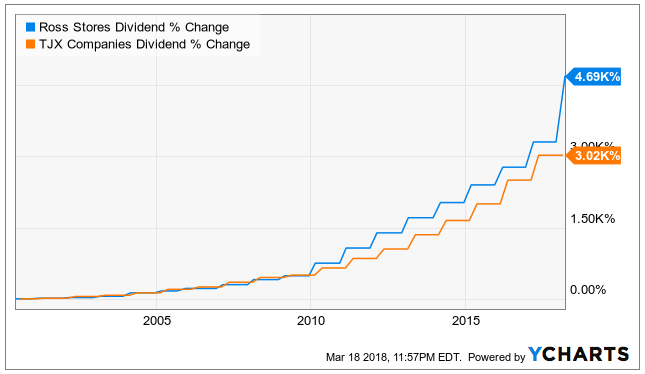 ROST just announced a 40.6% raise for 2018 (light blue shaded box in table), and TJX has given shareholders an average 22.1% payout increase (dark green) over the last 5 years.

Of these seven companies, Ross also has the largest spread between its current yield and 5-year average yield (purple). TJX, meanwhile, is trading at the best valuation relative to Morningstar’s “Fair Value Estimate” (gold).

I prefer TJX because of the breadth of its product line and what I consider a better shopping experience. But for DGI practitioners who like aggressive dividend growth and don’t mind low yield, both are strong candidates.

Walmart has an impressive “quality triple” – a wide moat (orange shading), a 1 for Safety (red), and an industry-leading AA credit rating (light green).

Management has invested significant time and money in building Walmart’s online presence, and the company now ranks among e-commerce leaders.

On the down side, as the following FAST Graphs illustration shows, WMT has struggled to grow both earnings (circled in red) and dividends (highlighted in yellow) over the past several years: 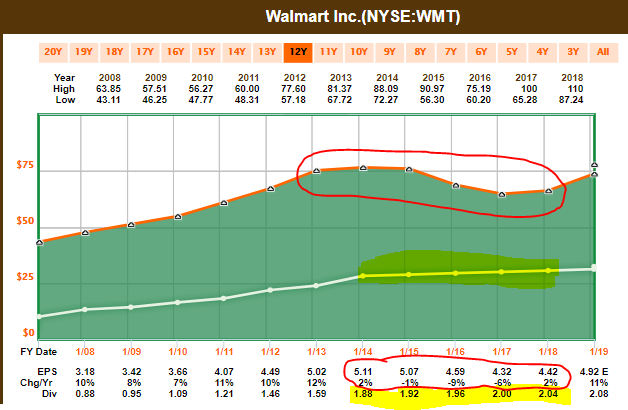 I actually dumped WMT from my personal portfolio in February 2015 because I didn’t like its combination of a sub-2.5% yield and 2% annual dividend hikes. Until it resumes some serious growth, I can’t get serious about it as an investor.

Target is popular with income-centric investors because of its Dividend King status (royal blue shading in table) and 3.5% yield (dark blue). Both are by far the best of this group of stocks.

TGT also trades at only 13.5 times estimated 2018 earnings, so it is a relative bargain in its industry.

As a former TGT shareholder, I got down on the company when its management committed one mistake after another, including a major credit breach and a failed attempt to expand into Canada.

I lost confidence in the company’s ability to compete with Amazon, Costco and Walmart – and I wasn’t the only one who felt that way.

As the following chart shows, Target’s stock price tanked in the first half of 2017. It has rallied in the past several months, though it has yet to return to its 2016 high (blue circled area). 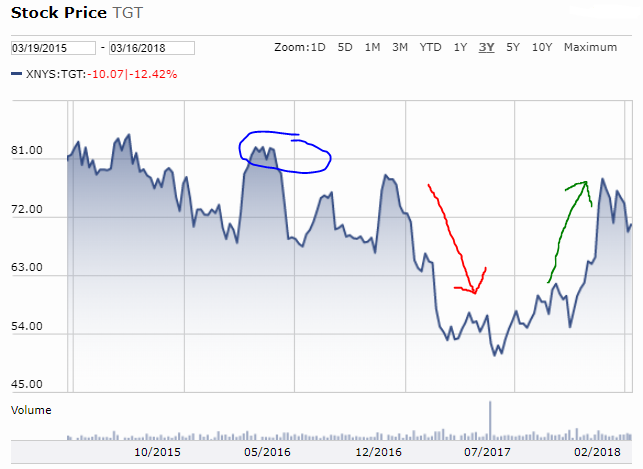 The recent rally began with some OK financial results, and the price was boosted by rumors that Amazon might try to buy the company. (So far, nothing has happened to push those rumors into the “action” category.)

Morningstar says TGT has no moat, and I agree Target has no competitive economic advantages over any of its rivals.

Target has made some significant changes, especially with its internet presence, to give investors some hope … but I remain skeptical. It still has a long way to go to be considered for the Income Builder Portfolio.

DG has some decent fundamentals, and BIG is the “best buy” of the retailers profiled here – at least as measured by P/E ratio (gray shading in my watch-list table).

Truth be told, I am not very likely to add either to the IBP, as I am unimpressed by their Value Line scores, credit ratings and dividend safety numbers.

Nevertheless, I did want to include their information for comparison’s sake – and for investors out there who might want to speculate a little. 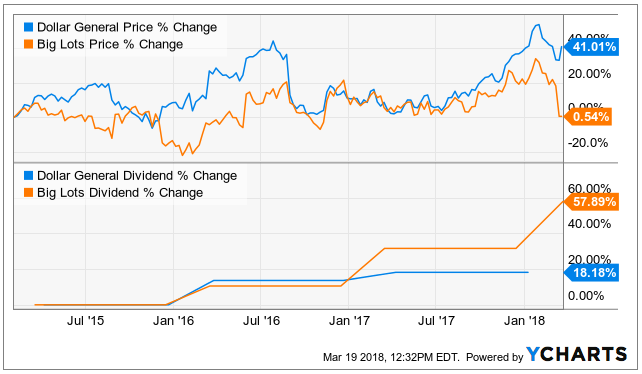 I have mentioned the 5-million-pound internet gorilla throughout this article – and for good reason. Amazon has built a retail empire quickly, and competitors have learned to respect (and fear) the internet behemoth.

So why not just buy shares of AMZN?

It’s a valid question. Morningstar says the company has a wide moat and exemplary management, and I concur. Their analysts even say that despite an eye-popping P/E ratio of 250+, Amazon is fairly valued at about $1,600 per share.

Amazon usually has been deemed “too expensive” for more than a decade. I sure wish I had bought some when it was “too expensive” at $90 just before the recession — and at $290 and $590 and $990 since!

If you think this bull market still has plenty of room to run, if you want to own the 5-million-pound gorilla, and if you don’t mind that AMZN pays no dividend, you probably could do a lot worse.

I am waiting for a market crash to buy it for the IBP and/or my personal portfolio. We’ll see if that ends up being a prudent decision or if it eventually will have me kicking myself.

My two favorite bricks-and-mortar general retail investments are Costco and TJX. Both are well-run and relatively “Amazon-resistant.”

I could see buying either (or both) for the Income Builder Portfolio if I decide to add a low-yielder that grows its dividend nicely.

The others are less attractive to me – at least right now. We’ll see how this rapidly changing industry develops over the next couple of years.

My next choice for the IBP will be revealed on Saturday, March 24.