It would be hyperbole to say Dividend Growth Investing saved my financial life. It also probably wouldn’t be true, as I was an OK investor before I discovered DGI about six years ago.

What DGI has done is improve my focus. It has helped me research and understand my investments better. It has given me confidence to worry a lot less about recent world events, the latest investing fads or even the shape of the stock market.

Choosing Dividend Growth Investing as my primary strategy has eliminated the temptation to find The Next Big Thing in stockdom. It has encouraged me to concentrate on the quality of my investments – the soundness of their businesses – as opposed to hoping I’ll strike it rich, rich, rich. 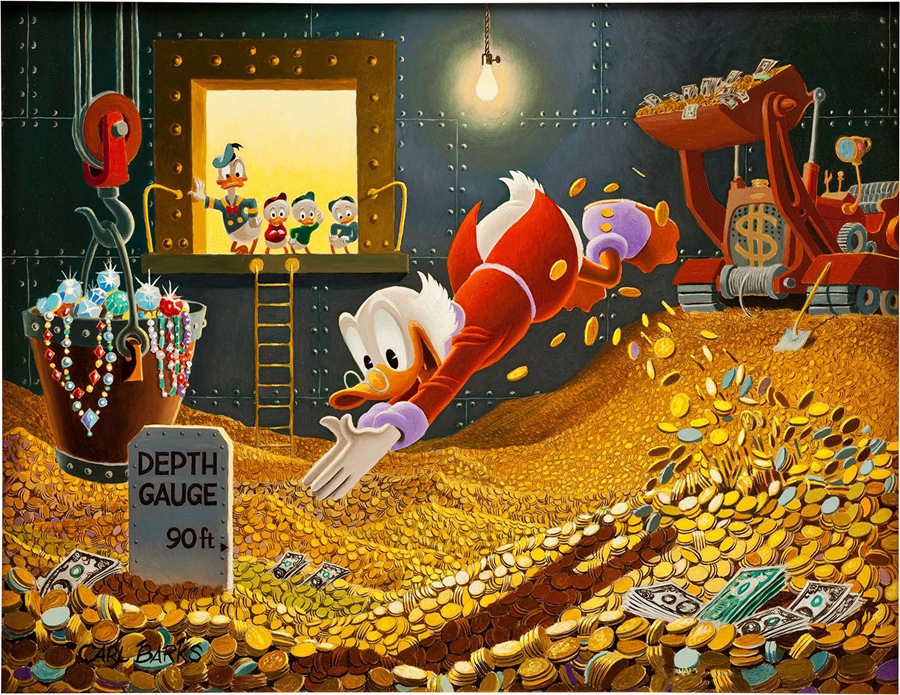 For the rest of our lives, I expect the companies that my wife and I own to pay us big dividends – and I mean that both literally and figuratively.

My Road To DGI

I have been writing about Dividend Growth Investing for many years. As the “new guy” here at Daily Trade Alert, I thought I’d introduce myself by sharing how I ended up settling on DGI as my go-to strategy and by going into more detail about why I like it.

For a long time – like most “regular investors” – my wife and I simply contributed a percentage of our biweekly paychecks to our 401(k) plans, and we allocated the money toward low-cost index funds.

We maxed out our Roth IRAs in similar fashion.

Doing so let us accumulate and compound wealth without over-thinking it.

Sometimes, however, I felt we came out OK despite some of my choices.

For example, the day after “Black Monday” (Oct. 22, 1987), I sold the index fund in my 401(k) and switched all current and future contributions into the money market fund option. 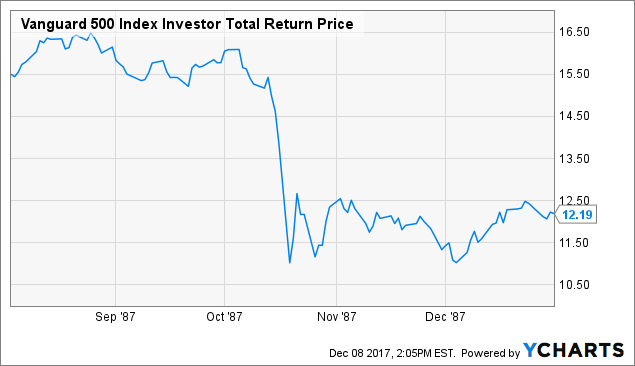 In other words, I panicked. Having bought high, I sold low – the exact opposite of what I should have done. It took me nearly a year to regain the courage to return to index funds, so our money had been on the sidelines and we missed a good chunk of the recovery.

As the following graphic of the long-term market trend shows, the ’87 crash is barely perceptible: 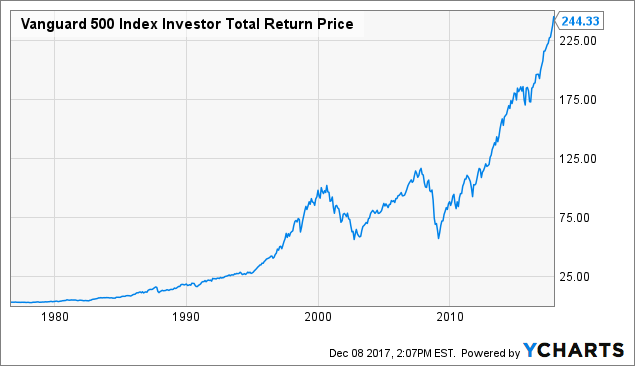 As the 21st century neared, low-cost online brokerages were all the rage, as were all things related to the internet and technology. Having received a small inheritance, I decided: “Why the heck not? If everybody else is making big money investing in SomethingSomething.com, I should, too!”

I signed up for an account and threw my money around. Worldcom, Nortel, pets.com, Palm, JDS Uniphase, AOL … I mean, what could possibly go wrong?

On one sketchy Web site I used for “research,” an “expert” expressed his bullish feelings about companies by urging investors to “lock and load!” I eagerly complied.

Even the legit companies I bought were vastly overpriced … but that was OK, we were told, because the internet made everything better! Ignore earnings (or lack thereof). Ignore fundamentals. Ignore valuations. This time it’s different!

Well, the infamous dot-com bust slapped me upside the head. I would have been better off had I put my money in a coffee can and buried it in the backyard. Properly humiliated and humbled, I returned to index funds.

Unbeknownst to me, that was how I first stumbled into Dividend Growth Investing. (I had never heard of DGI, and the magazine did not call it that.)

Seven months later, with the world in a full-blown economic crisis, I was laid off from my dream job as a Chicago newspaper sports columnist.

Thankfully, this is not some sad story about how I had to stand on a street corner begging for food. Because we had a solid investing base, because we routinely lived below our means, because my wife had a recession-proof job as a registered nurse, and because we had sold our house shortly before the crisis and kept the proceeds in cash, we emerged from the Great Recession all right. We were far more fortunate than millions of others.

Still, despite our relative good fortune, the recession took a major bite out of our portfolio. I hated worrying about what horrible surprise the market might have in store for us next. I began thinking that there had to be a better way, and I started looking for it.

DGI For This Guy

After calculating how much money we would need in retirement to supplement our expected Social Security and pension payments, I made a plan to ensure that the income stream would be present and rising – even if the market were to crash several more times before we reach retirement. 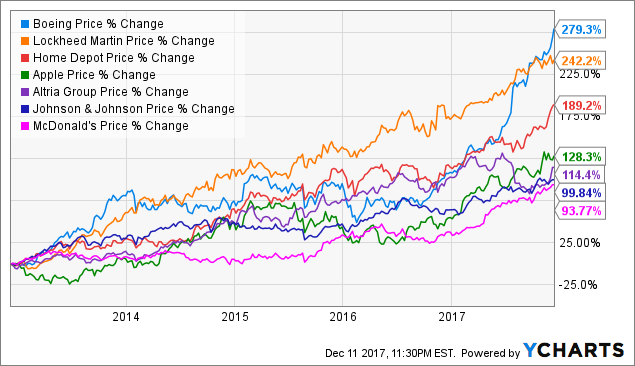 There was a learning curve, and I made plenty of mistakes. I’ll discuss some of the good and bad decisions in future articles, as it is important to learn from both. We now own a 45-stock portfolio that includes mostly household names.

FEWER WORRIES: Although the stock market goes up over time, history is filled with pullbacks, corrections, recessions, crashes and other situations that are stressful for investors. As long as DGI practitioners choose their companies wisely, however, they will be rewarded with growing income streams even during recessionary times.

This can be especially comforting for retirees. The following chart shows that while 3M’s price plummeted during the Great Recession, its dividend actually grew. So a retiree who depended on MMM and similar companies for income didn’t have to touch the principal – thereby avoiding selling at the bottom – because he or she could use the dividends to fund needs and wants. 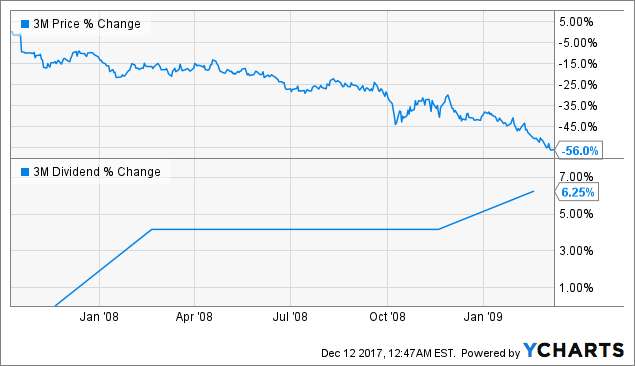 DG = A-OK: Most companies that grow dividends for years and years are financially strong, with consistently increasing earnings and free cash flow.

COMPOUNDING IS COOL!: Dividends can be reinvested – a process called “dripping.” Money received in dividends is used to buy more shares of a stock – a commission-free service offered by most major brokerages. Those new shares also earn dividends, which then can be “dripped” into more shares. Lather, rinse, repeat!

Here is an example of how a small AT&T (T) position I bought in December 2014 for an experimental (but real-money) portfolio has grown through the compounding of dividend reinvestment the last 3 years: 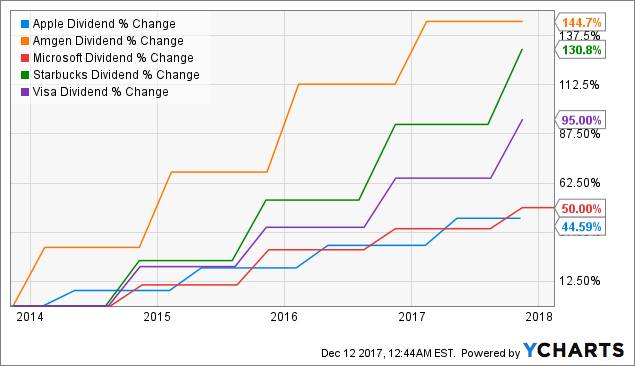 PROGRESS YOU CAN SEE: I enjoy watching the dividends roll in and compound. I love seeing my income increase quarter after quarter, year after year. Even when the market ticks down, my Divvy Dollars keep ticking up. Even when I occasionally make an imperfect investing decision, the overall portfolio’s dividends don’t disappoint.

It’s satisfying to watch the income stream grow, and it’s comforting to have a reasonable degree of certainty that my stocks will pay me for life.

There are plenty of other things to like about Dividend Growth Investing, and I’ll discuss some of them – and so much more – in future articles.